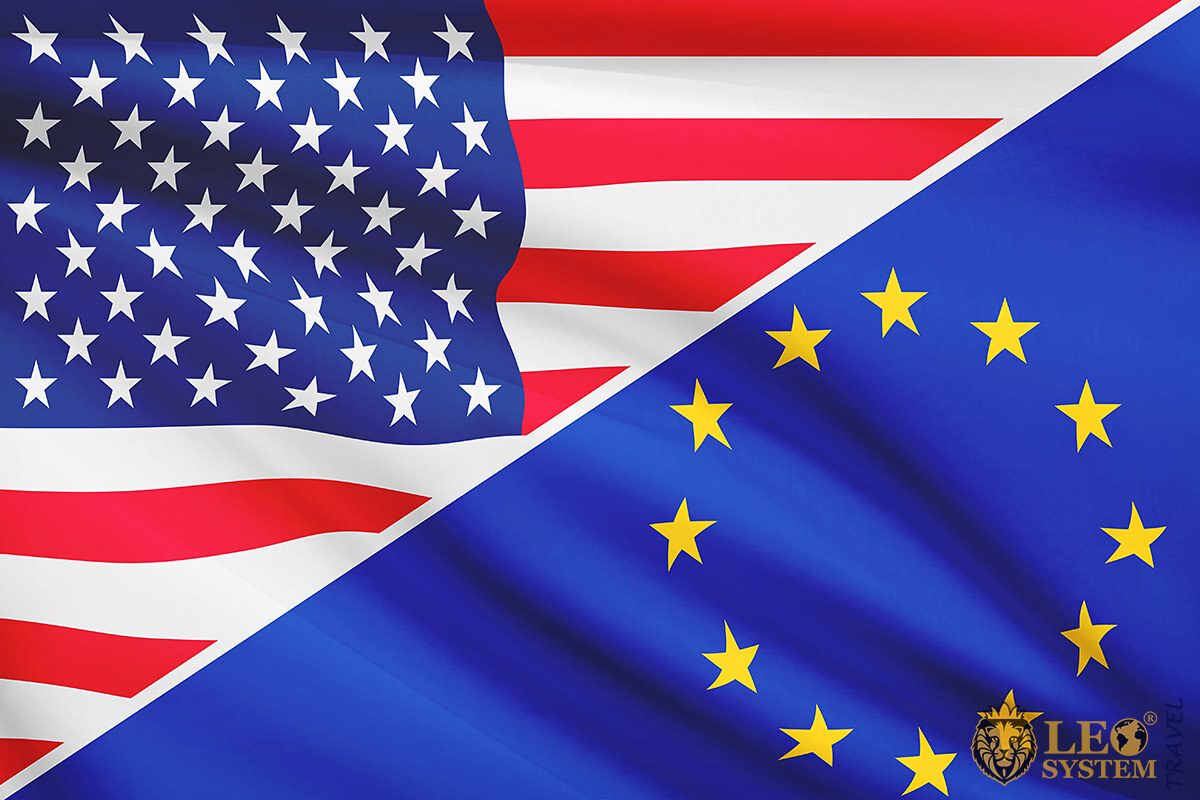 The America and Europe are two of the most important continents in the world that although we have a very similar culture thanks to the successful colonization by European colonial powers for hundreds of years over virtually all of what was then known as the New World.

These vast landscapes are home to many different groups of people, geographies, animals, plants, and everything else that has shaped the diverse cultures of these continents that we will be discussing in detail in this America and Europe: key similarities and differences for travelers.

The Americas is Sparsely Populated.

One of the main reasons for this is that the Americas are multiple times larger than Europe; furthermore, the Americas were much less populated since indigenous Americans were not as technologically advanced, so they were not able to produce enough food to sustain as large populations as in Europe hundreds of years ago. 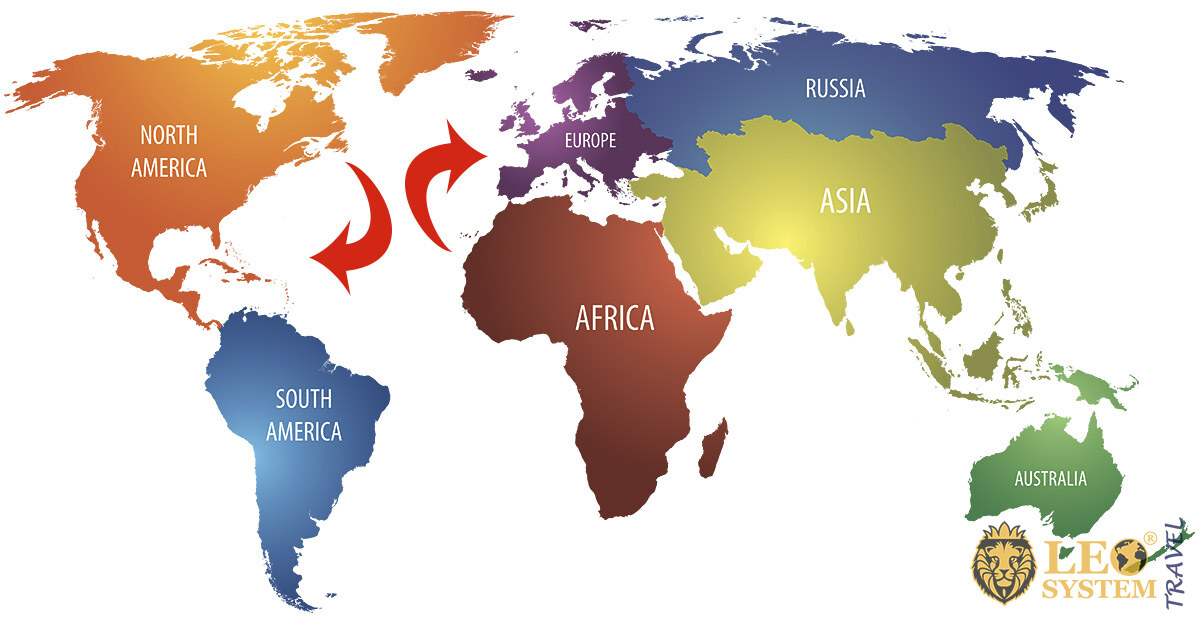 The majority of the people living in the Americas today are at least partly descendants of immigrants from other parts of the world. Arguably the biggest attractions in Buenos Aires is that you can enjoy the modern side of the city as well as explore the rural outskirts of endless plains and farmlands dotted with a unique geography.

Skyscrapers are Not Popular in Europe.

The Americas and Europe will offer you the best of both worlds, if you have traveled around both continents you may have noticed that skyscrapers are much more popular in the Americas while in many European cities they are frowned upon, of course, there are exceptions to every rule, but this are the current trends in both continents.

The reason why skyscrapers are not popular in European cities is that there is a movement to keep the cities authentic to their local architecture styles that have been developed for centuries with cities such as Brussels and Prague banning buildings up to a certain height, although they are some exceptions.

Cities such as Moscow, London, and Paris are full of many skyscrapers, additionally; the majority of the largest cities in Brazil have skyscrapers while Washington D.C. the capital of the United States has a ban on buildings over a certain height.

A Breadbasket of the World.

A further major difference between Europe and the Americas is that the Americas is home to some of the most fertile soil and as well as the right climates of growing certain crops that are popular around the world that cannot be grown profitably in Europe, some examples are coffee, sugar, tobacco and exotic tropical fruits such as pineapples which during the 19th and early 20th century was a symbol of wealth and power. 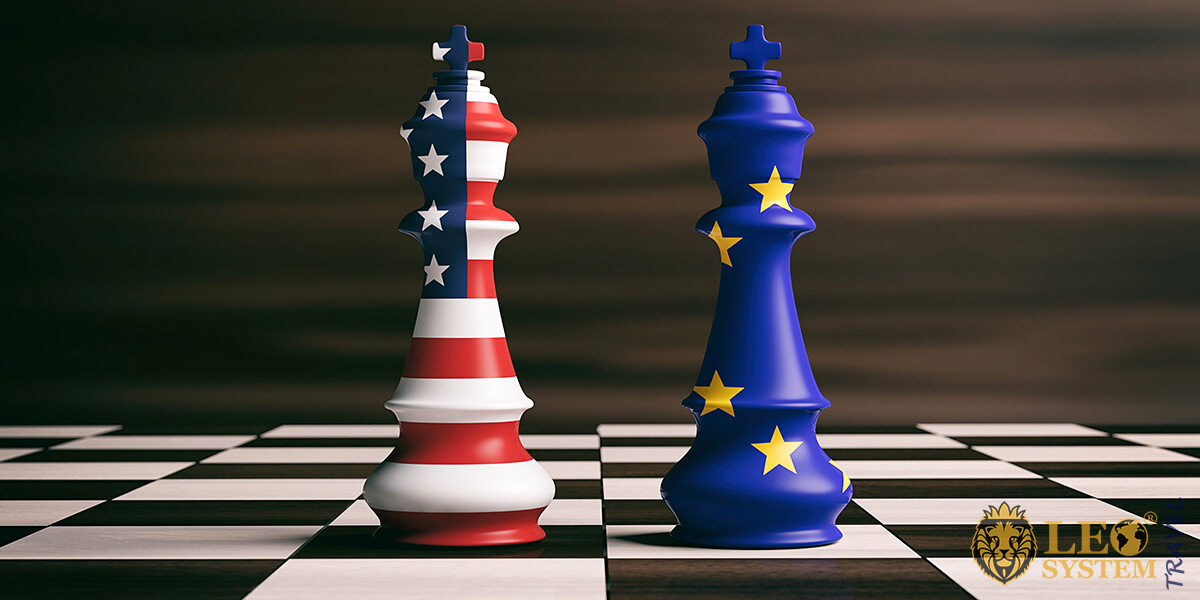 Rich tycoons and aristocratic families often added pineapples to their family crests and logos as well as posing with multiple pineapples for the world’s first photos which were a luxury in itself.

If you decided to travel to Medellin, a city that is the capital of the Colombian province of Antioquia, the luscious crops are grown around the fertile land on the Andes Mountains. Medellin is also well known for other natural resources such as gold which led to a gold rush which helped to set up the city in the first place.

To this day, there are parts of the Americas that have been untouched by human civilization and may have not even been discovered, some obvious examples of this are the northern territories of Canada and the United States’ state of Alaska which are home to black bears, bald eagles which is the symbolic animal of the USA and the unique looking spectacled eider.

While in South Americas you have the famous Amazon Rainforest that is over half the size of the entire continent of Europe, and is home to hundreds of undiscovered species of animals as well as uncontacted tribes of indigenous Americans which are purposely left alone and protected against interference. 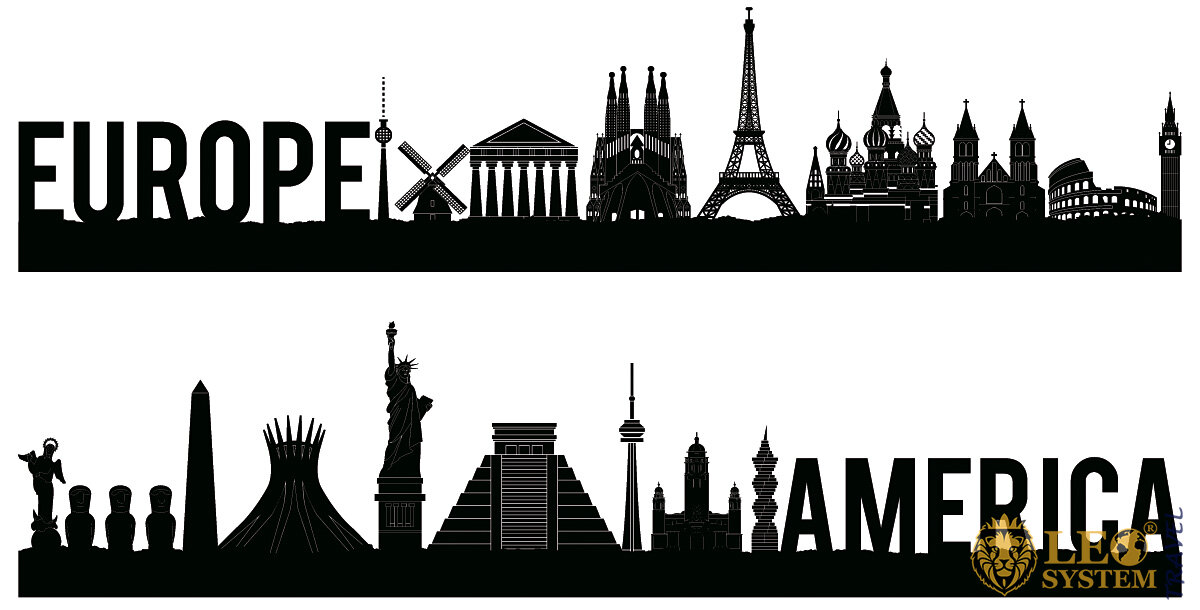 Colombia is one of the greenest countries in the world; all of the largest cities in Colombia are full of multiple parks that are valued by the local governments, in city greenery such as trees and shrubbery while being hugged by forests and mountains such as the Andes Mountains.

Due to the advancement of writing and the higher literacy rate in Europe in ancient times, history is much better recorded there which makes it much easier to keep track of what occurred in those times even if there is not a lot of other physical evidence.

This makes witnessing the history of ancient European societies much more engaging as you know what is going rather than having to rely on multiple theories. A great example of this is the ancient city of Athens, which was the center of the known world for centuries and was one of the first places to successfully incorporate democracy over a large society. 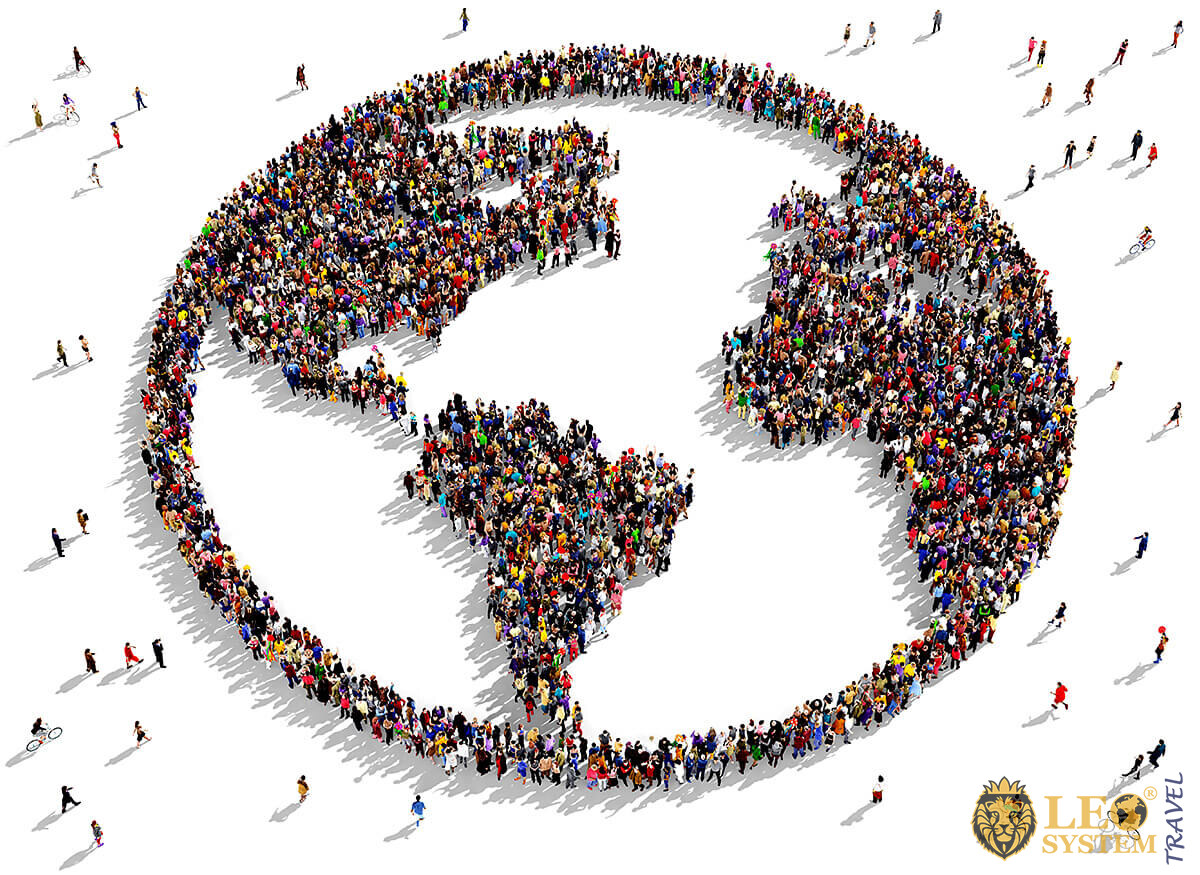 This is not to say that the Americas are not home to a rich history because it undoubtedly is. Some examples of this are the Mayas and Incas that built complex, advanced societies that were home to millions of people, with the Mayan empire having an estimated population of 2 million and the Inca Empire having an estimated population of 12 million people which was bigger than many nations in Europe at the time.

These indigenous American civilizations were so rich that they were not able to understand why the Spanish colonists valued gold so much since it was so plentiful in the Kingdom.

Both are Shaped by European Cultures.

Despite the continents of Europe and America being separated by the massive Atlantic Ocean, both continents are shaped massively by European culture with some parts of the Americas such as French Guiana, the Falkland Islands, and multiple islands such as Clipperton Island owned by France in the Pacific Ocean east of Mexico.

You can learn more about American and European culture at the LeoSystem.travel travel portal.

This is great for travelers if they know one of those major languages, as they can get around pretty easily especially if they know English which is the Lingua Franca of the world.

Throughout the article, we have noted how small Europe is compared to the Americas, but this does not necessarily mean that Europe is not an extremely diverse place. Like the Americas, Europe is home to many different local cultures within countries themselves, one great example is Lyon.

It is a great idea to travel to Lyon, France as it is completely different from the French metropolis of Paris. 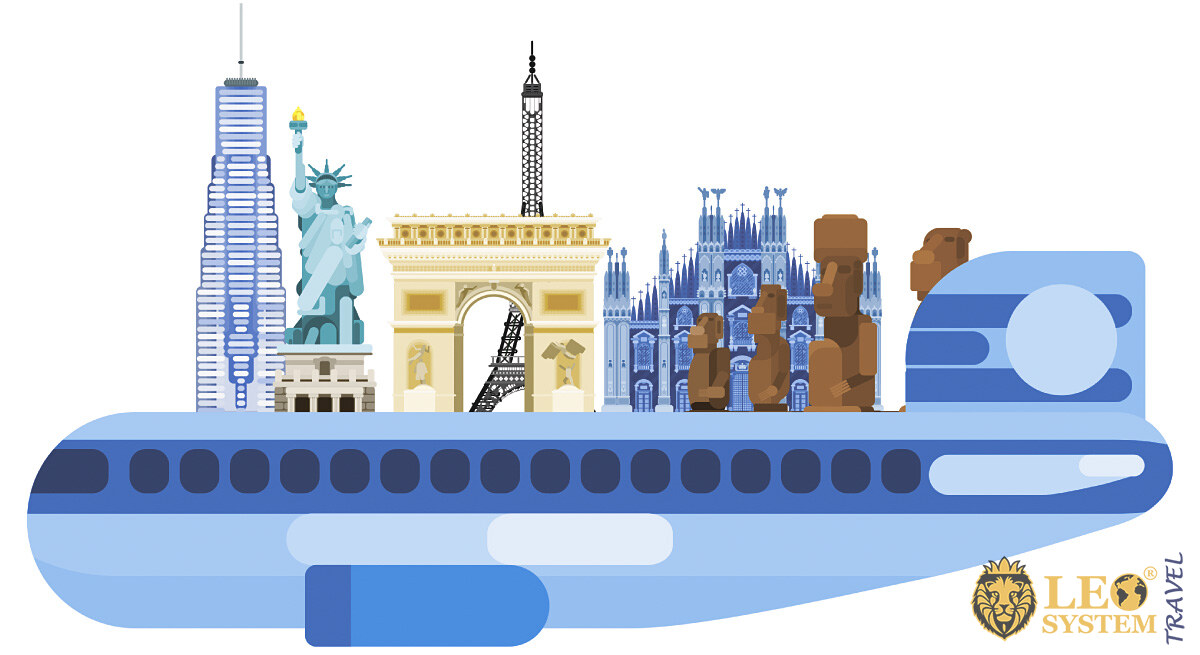 Lyon has a population many times smaller than Paris; however it is still home to thousands of restaurants and tens of thousands of other food outlets and is well known for being the center of French cuisine despite its small size and population.

Furthermore, Lyon plays a very important role in French history as it was the capital of the French resistance during World War 2 when the country was occupied by Nazi Germany.

Both continents have amazing mouthwatering food which is not really surprising considering the exotic foods and plants that are found in both places. As well as the billions of people that live and have lived there who have created and perfected these stunning recipes that are enjoyed by locals and the visiting tourists.

Historic Valencia, Spain is famous for its unique and strong food culture which includes foods such as Paella a Rice dish in which there are many multiple types of with a common theme being that they feature seafood from the local Mediterranean Sea. Seafood can also be devoured in what is known as “All i Pebre” which is chunks of fish cooked in lovely olive oil and chili sauce that usually also features potatoes.

Another similarity between the America and Europe is that they have hundreds of unbelievable architectures for you to explore, which are worth visiting as they offer you a better insight on the world. As well as the opportunity to value the amount of effort, determination, and imagination of the people who were behind the construction of these buildings.

If your architecture is something that you are passionate about, then a good idea is to travel to Prague. Prague has existed for over one thousand years and home to architecture such as Prague Castle that was built in 870 and was a palace of Kings of Bohemia and multiple Holy Roman Emperors.

Castle had been under ongoing construction from 870 and 1923 with multiple parts of the Castle and Palace being added over time such as churches, extra fortifications, and gardens.

One of the most major similarities that we need to outline in our America and Europe: key similarities and differences for travelers’ article is that football is something very valued in both continents.

Europe is home to the majority of the richest and most successful football clubs such as Real Madrid, Manchester United, Bayern Munich, and Barcelona. While both continents are home to many of the best football national teams such as Brazil, Germany, Argentina, and Spain to name just a few.

Additionally, the United States has been dominating the international women’s football leagues, with four FIFA Women’s World Cup wins. You should experience the culture and passion that is part of this world-famous sport by attending games in with the tens of thousands of loyal fans.

We wish you successful travels across these two beautiful continents!