Home Turkey Travel to the Ancient City of Izmir, Turkey 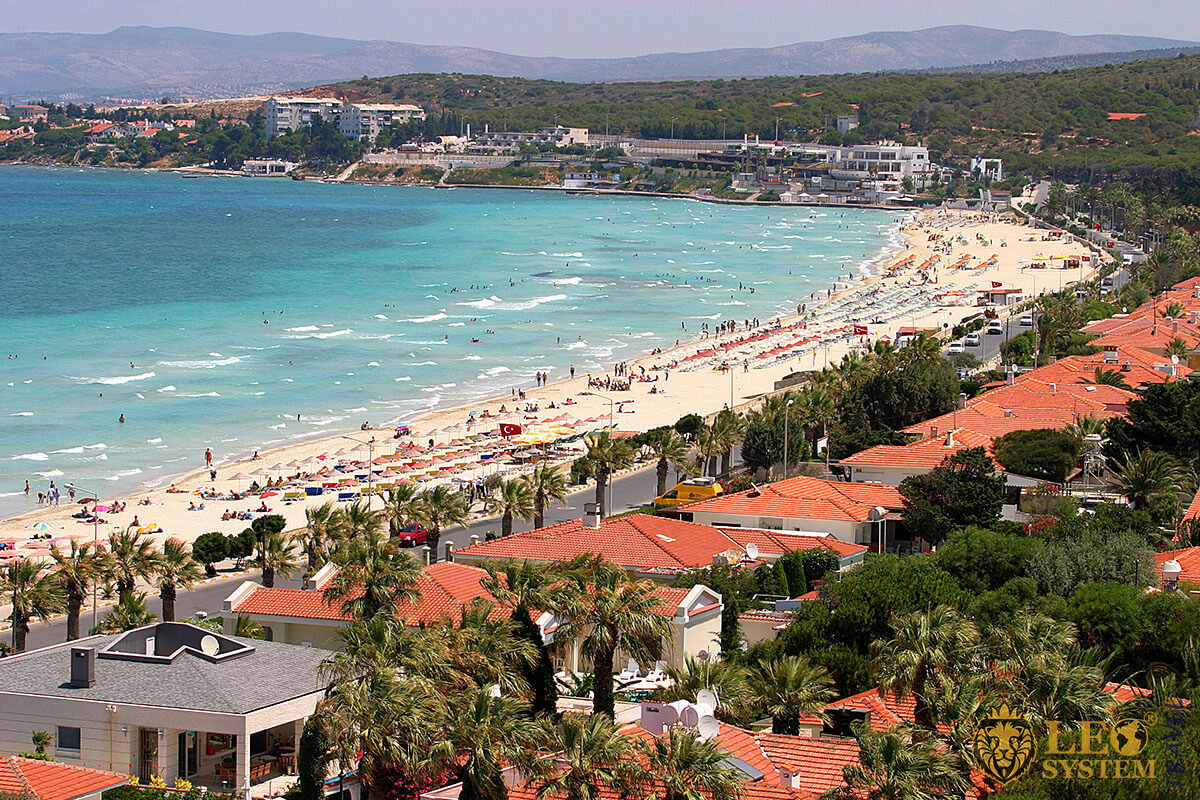 Izmir is one of Turkey’s important cities economically, historically, and culturally, which is unsurprising considering that it is one of the oldest cities on the Mediterranean with extensive evidence that the location of what is now Izmir has been inhabited for over 8500 years.

Furthermore, this city is the namesake of the Gulf of Izmir which makes the city of Izmir a very strategic city both militarily and in terms of trade that comes from the Mediterranean into the rest of Turkish Anatolia.

A lot of people have heard of Istanbul and Ankara, but many do not know about Izmir which is why in this travel to the ancient city of Izmir, Turkey we are going to be telling you everything that you need to know about this gem on the Mediterranean.

Izmir is the third-biggest city in Turkey in terms of population, with the capital of Turkey Ankara in second place and Istanbul out in front with the largest population in all of Turkey. Furthermore, this city also happens to be the second-biggest urban center on the Mediterranean, with only Athens being bigger in terms of size. 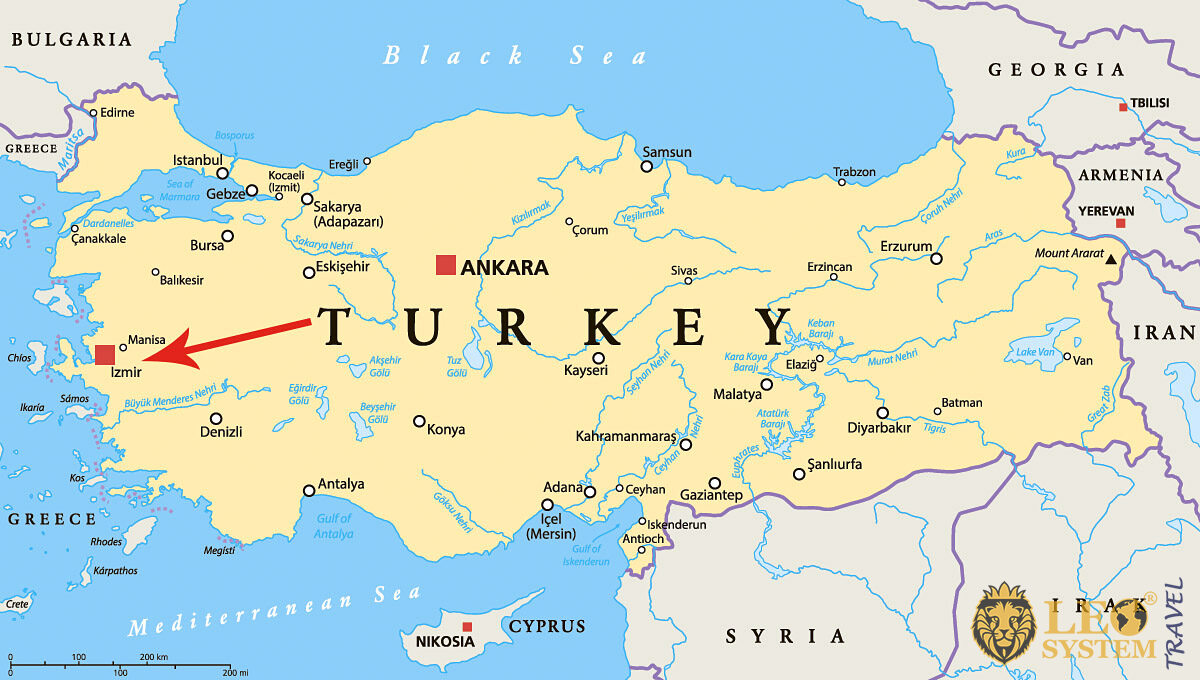 For thousands of years, Izmir has been a very important trading hub in the Anatolian peninsula which helped to attract thousands and eventually millions of people to the city who were attracted by the opportunities to make a living or simply visited the city initially as traders and decided to settle in the city later on.

From the 17th century onwards, Izmir became very popular with European traders for having one of the most Westernized cultures in the Ottoman Empire which helped it gain further prominence and significantly increased the wealth and population of the city.

One of the most famous Turks to have originated from the city of Izmir is Metin Oktay who was a Turkish footballer that played for the major Turkish football teams such as İzmirspor and Galatasaray.

He is also one of Turkey’s most prolific goalscorers for the national team with 19 goals in just 36 appearances while in his club career scoring 331 goals in 374 games.

Another famous figure from Izmir is Polycarp who was a Christian Bishop that lived from 69 AD to 156 AD and is today recognized as a saint for his work in spreading Christianity in the region and city that was then known as Smyrna as well as being a martyr for his faith. 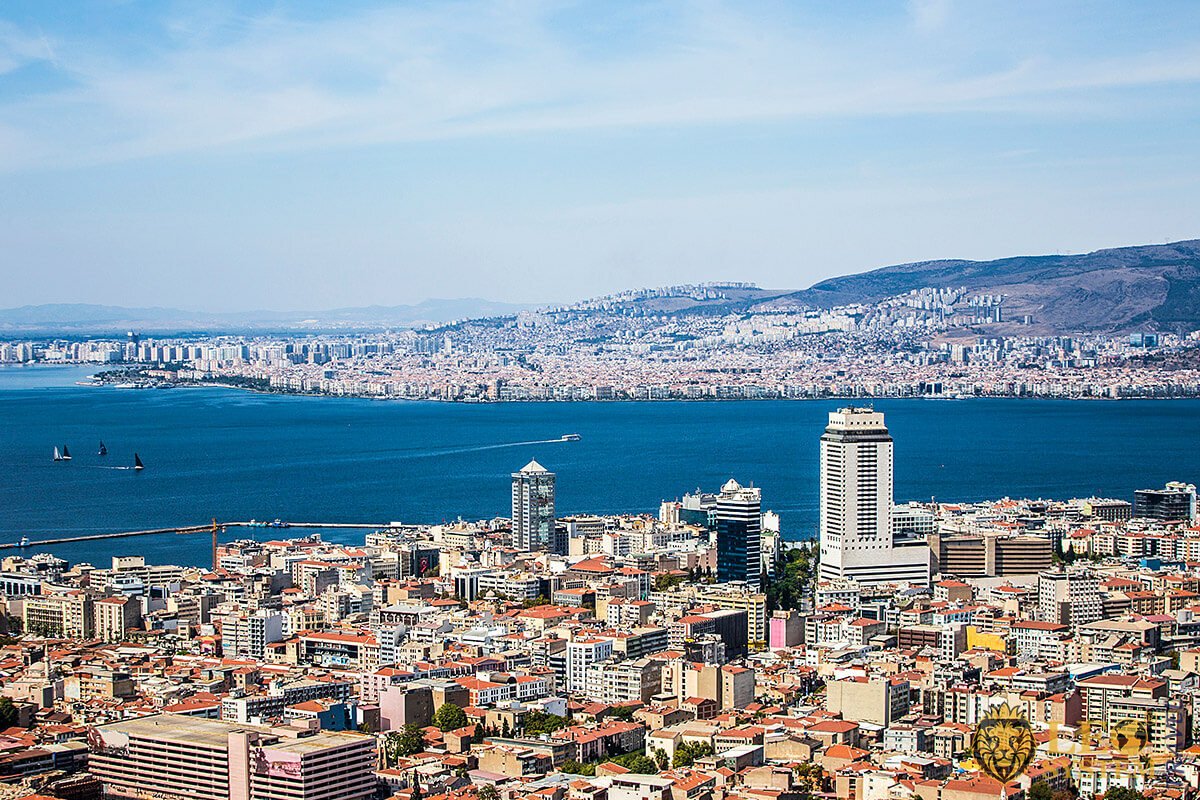 Ismet Inonu is another famous Izmir native, he is a politician who is best known for being the second President of the Republic of Turkey, he is also the first Turkish president in history to come of Kurdish ancestry.

History of the City of Izmir.

A large number of prehistoric settlements have been discovered by archaeologists in what is now Izmir, for nearly ten thousand years there have been humans inhabiting the surrounding areas of what is now big city. 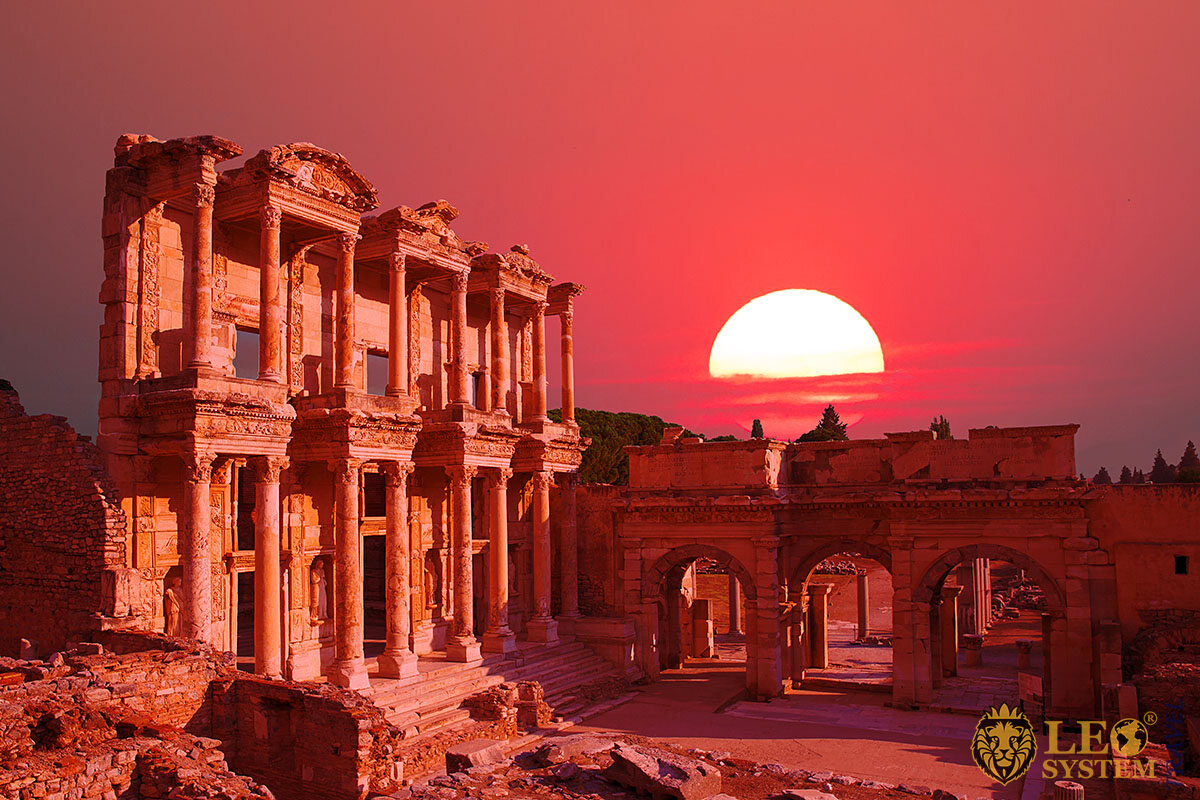 The main reason for this is that the land that Izmir is located on is very mountainous, so it offers great protection from any attacks or unwanted visitors; furthermore, it was located on what is now known as the Gulf of Izmir which further adds to the strategic importance of this city.

The first major settlement that is widely seen as the founding of the modern city of Izmir was built by Greek settlers who named their new settlement Smyrna which eventually turned into a Greek city-state that was one of the most powerful such political entities in all of Anatolia. 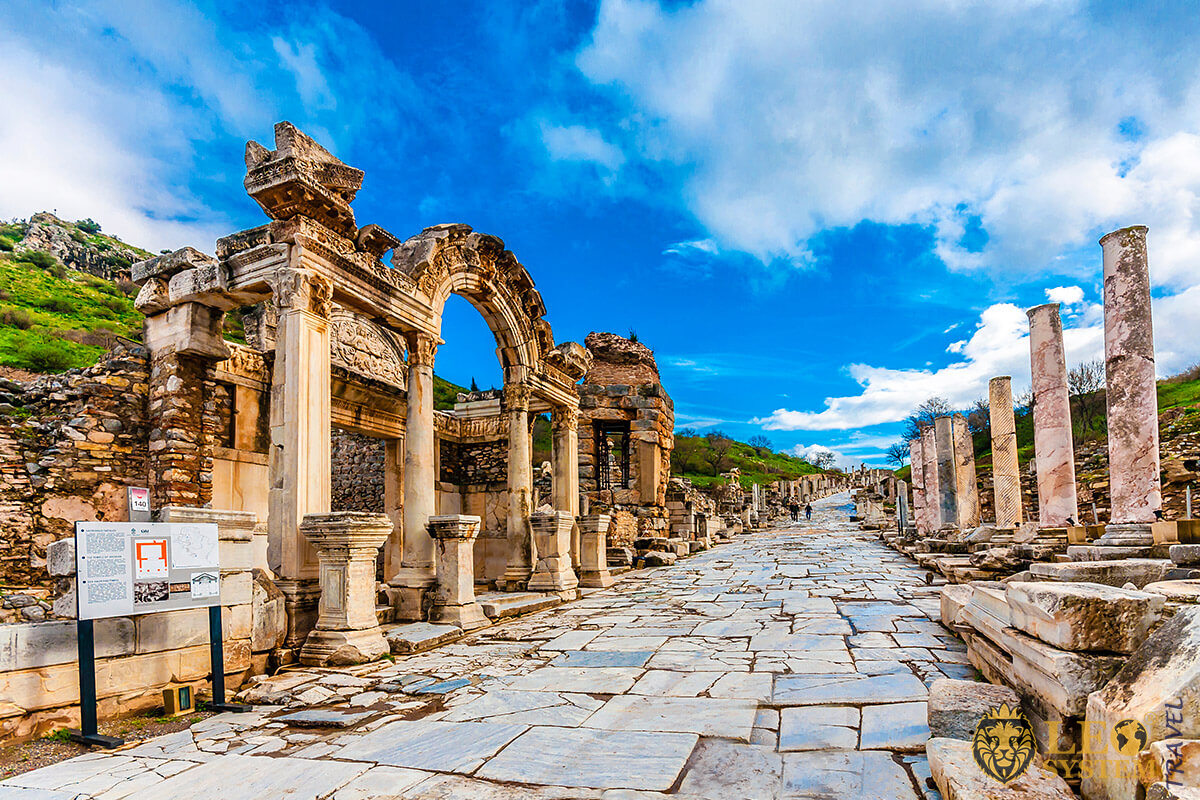 Eventually, like all Greek civilization, it was taken over by the Romans in 133 B.C. but this was one of the very few peaceful Roman annexations as the king of Smyrna had no heirs, so he decided to give away his Kingdom to the Romans in his will.

Importance of Sports in Izmir.

Izmir has a long history of success in sports as well as hosting numerous prestigious and world-renowned sports events which are a key piece of information to note in our travel to the ancient city of Izmir, Turkey article.

The city of is home to a total of nine professional football teams, with the biggest one being Goztepe which currently plays in the top division of the Turkish football pyramid. 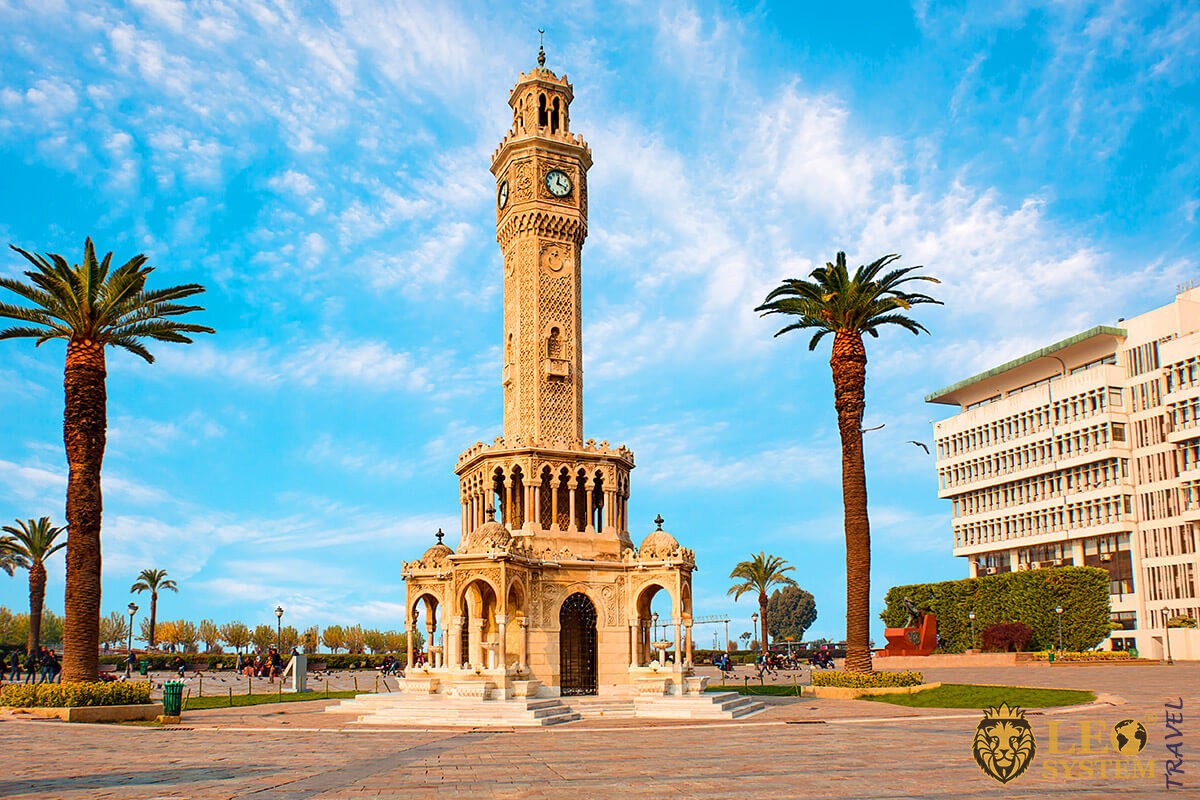 One of Turkey’s biggest football stadiums is also in Izmir, the Izmir Ataturk Stadium which pays homage to the city it is located in and also the founder of the modern Turkish state, Ataturk with this stadium being owned by the local government and used for cup derby matches and finals of various competitions.

Moreover, Izmir is a very popular location for finals of major sporting competitions to be held, such as the 2011 European Team Competitions which is an athletics competition where all European athletes have the opportunity to qualify for.

The city of Izmir is home to a diverse climate with hot and dry summers that are then coupled with much milder and rainier autumn and winter months. 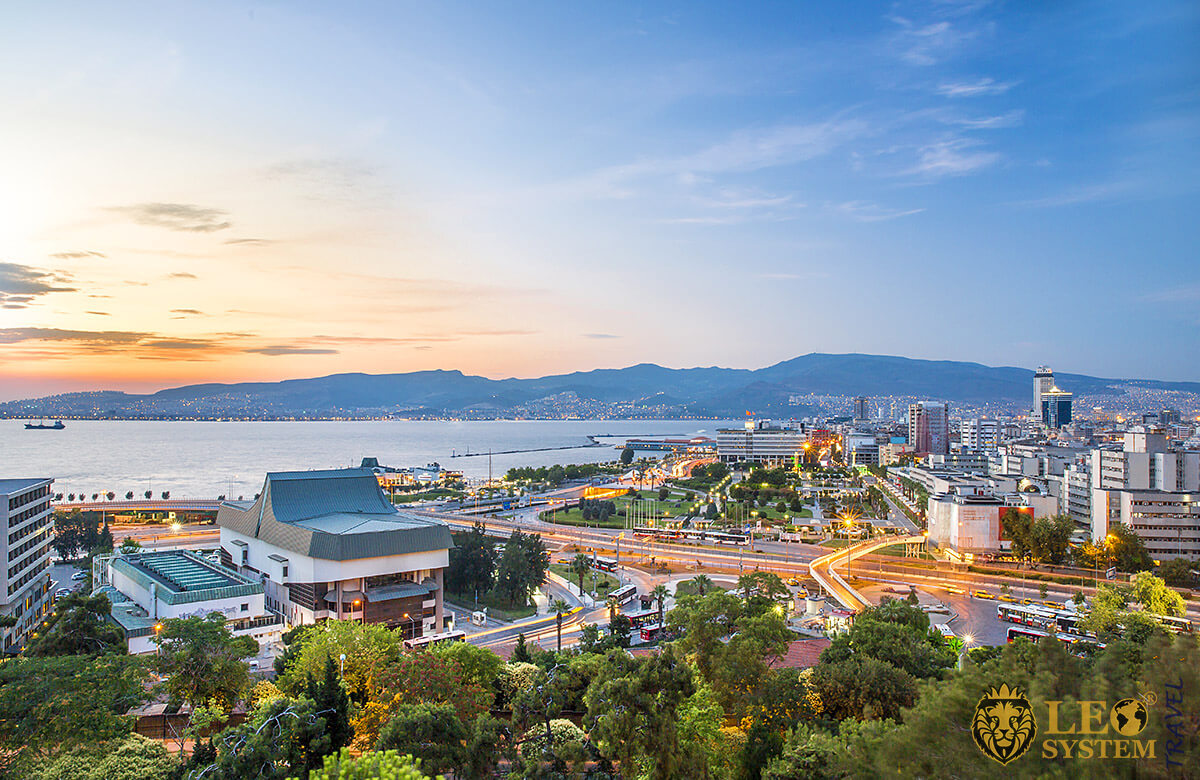 On average, Izmir will see around 78.1 rainy days in a year with the majority of those rainy days taking place during the autumn, winter, and spring months with the months that see the most rain on average being December, January, and February.

The Mediterranean city of Izmir is home to multiple extensive transportation methods that allow for easy travel for the locals and tourists both inside the actual city and outside.

The Adnan Menderes is the main airport in the city that is the 5th most active airport in all of Turkey that serves over 12 million passengers every single year with hundreds of routes to the biggest cities around the world. 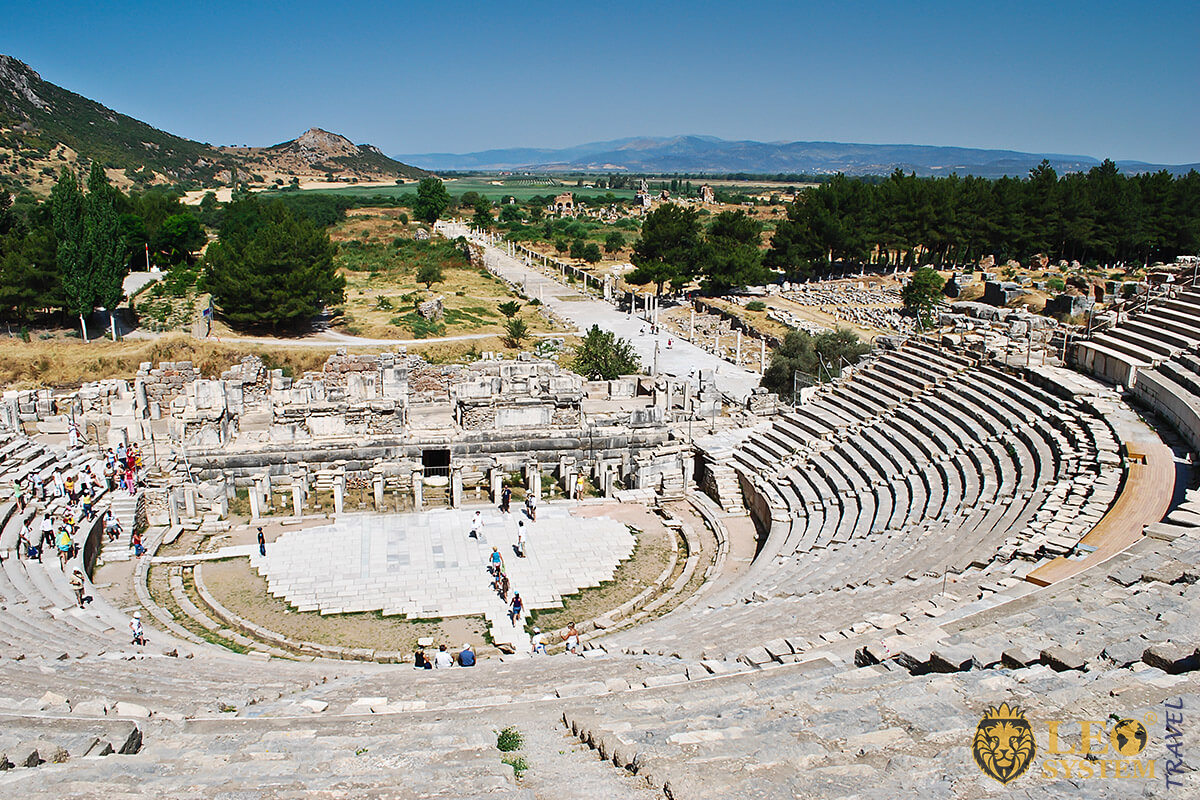 There are also trains running from local cities such as Tire and Aydin to Izmir which allow for quick and easy travel throughout Europe, buses are also very common in Izmir with over one thousand different bus routes that transport people pretty much everywhere in the city.

If you have decided to travel to the ancient city of Izmir, Turkey you will without a doubt be expecting to see some of the remains of this city’s long and glorious past.

One such landmark is the Hisar Mosque which was constructed during the 16th century; to this day, it remains one of the biggest mosques in the center of Izmir and is a great example of the Ottoman Islamic architecture of that time period. 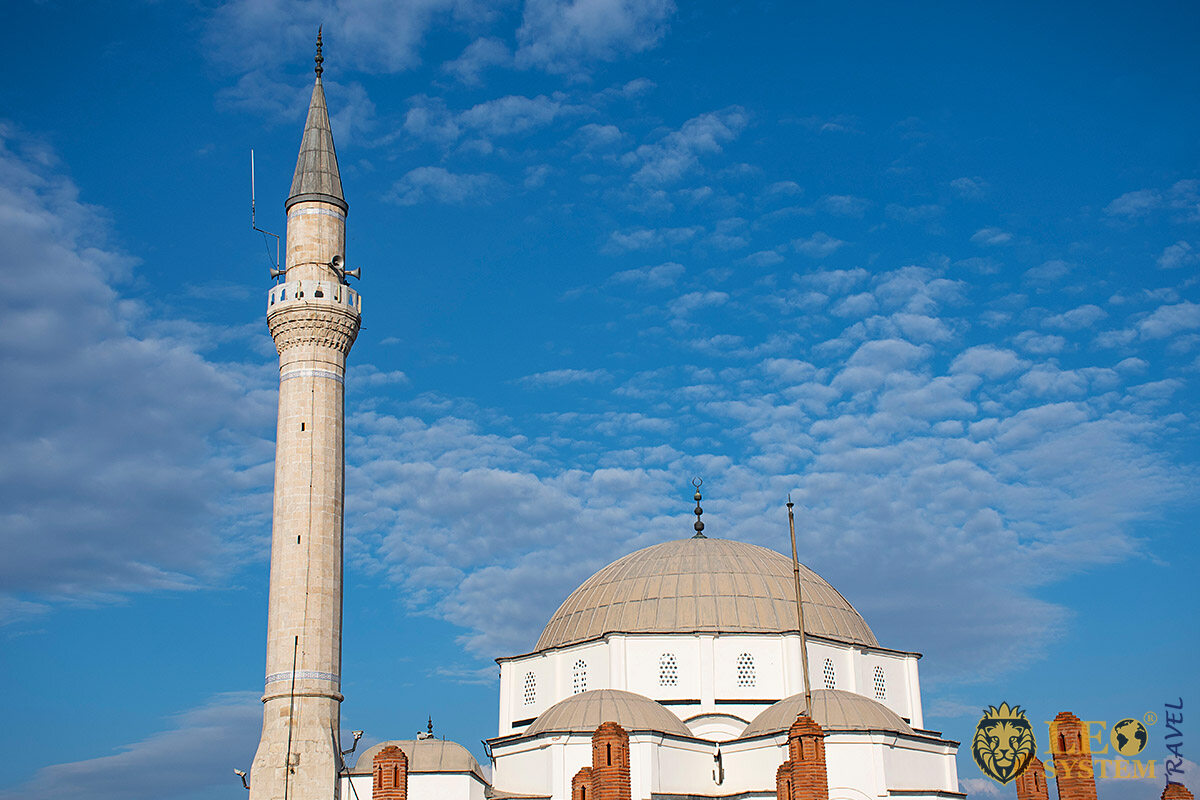 You can also check out an area of Izmir that is known as ‘the old city of Smyrna’ which is a complex of ancient Greek remains of buildings during that time which is exceptionally preserved, with the most famous preserved buildings being the eight pillars that still stand to this day.

Other very popular tourist landmarks for tourists are the Ancient Greek and later Roman cities of Aigai and Ephesus which no longer exist today, but are both located on the outskirts of Izmir and are home to a large number of preserved temples, theaters and stone buildings that are thousands of years old, with the oldest being over 3000 years old.

Read the article: Wonderful Trip To The City Of Ankara, Turkey