Home Turkey What is The History of Turkey? 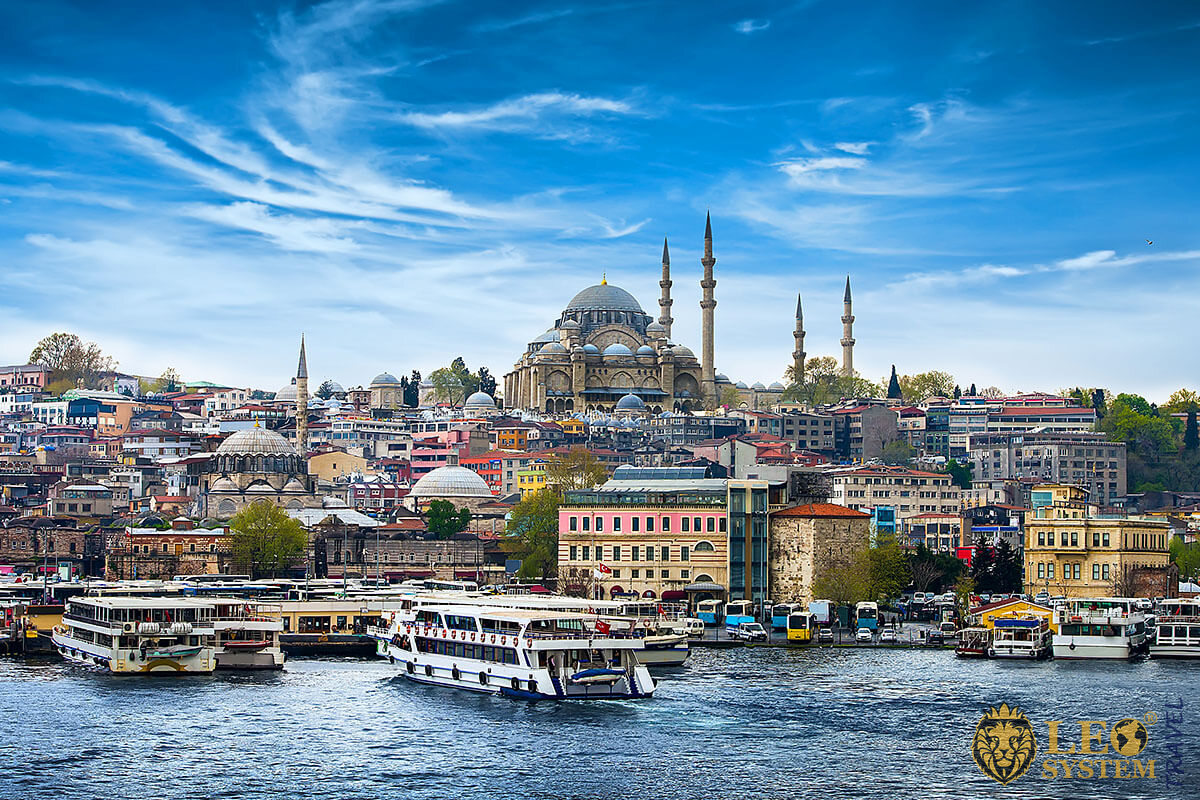 Turkey is a powerful nation on the South East Corner of Europe. It is partly inside Europe and partly in Asia. In this article, we will be asking the question “What is the history of Turkey?”

We will start with brief accounts of the BCE period and the CE Period before the foundation of modern Turkey, and then concentrate on Modern Turkish history. 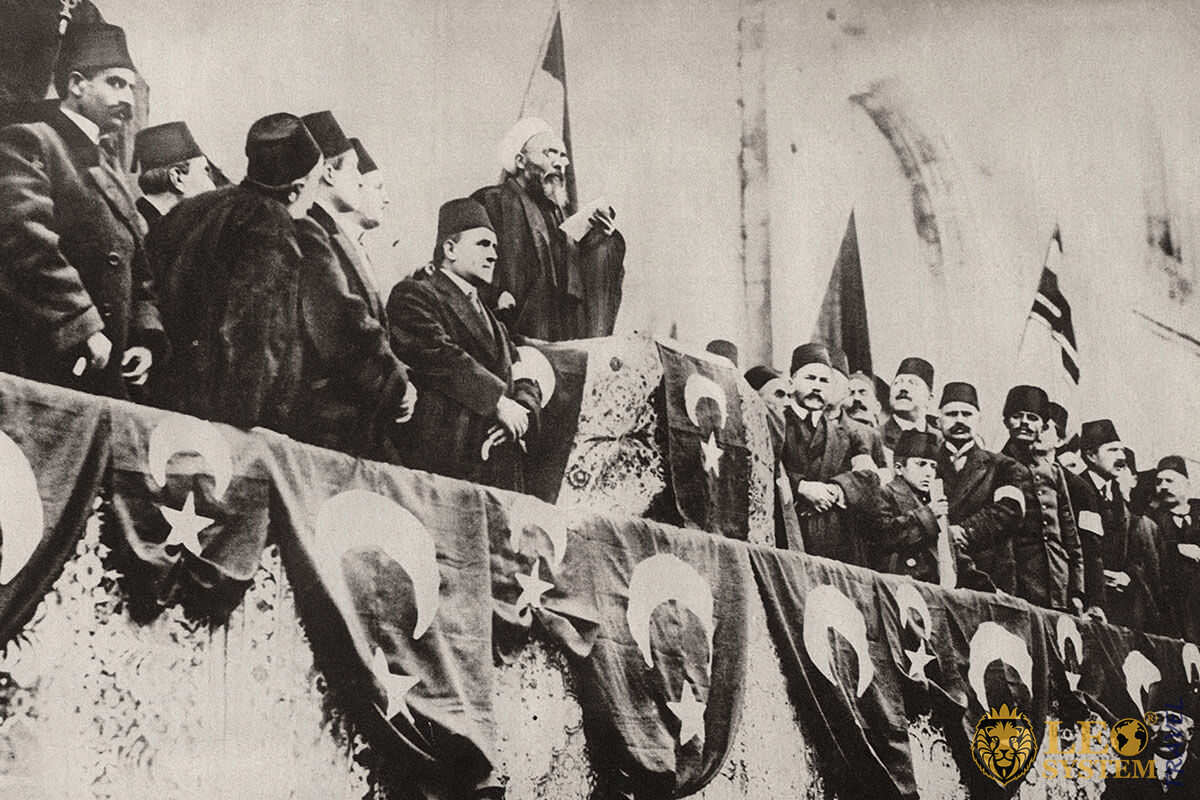 In this part of our article on “What is the history of Turkey?” we move into the modern era. In 1918 following the defeat of the Ottoman Empire in World War I, Troops are sent from the victorious alliance to occupy Turkey. The Ottoman Empire was split up.

A series of treaties were created in the period 1918 to 1923 allowing The British, French Italian and Greek powers started claiming portions of the former Ottoman Empire. Leaving a puppet government nominally in control of some areas under the Sultan and a newly elected Ottoman Parliament.

In 1919 Major General Mustafa Kemal Paşa was appointed by the puppet government to reorganize what was left of the Ottoman military, so it could be used for internal security.

With the help of civil servants ammunition originally ceased by the allies was moved out of Constantinople into the central areas of Anatolia. These same civil servants managed to hide the growing independence movement from the occupying powers.

In Ankara, a “Representative Committee” was formed as a center of dissent and to represent the independence movement. The Parliament set up by the occupation had many sympathizers to the representative committee.

In March 1920 Turkish revolutionaries announced that a new parliament had been formed in Ankara and that they claimed full governmental powers. In April, the new parliament met and appointed Mustafa Kemal as the first president.

Hostilities eventually opened between the Allies and the revolutionaries. It is beyond the remit of this article to provide a blow-by-blow account of the war. However, the result was on 29th October 1923 a republic was declared with the new capital in Ankara. The republic was secular, and the Sultan had been removed from any power. 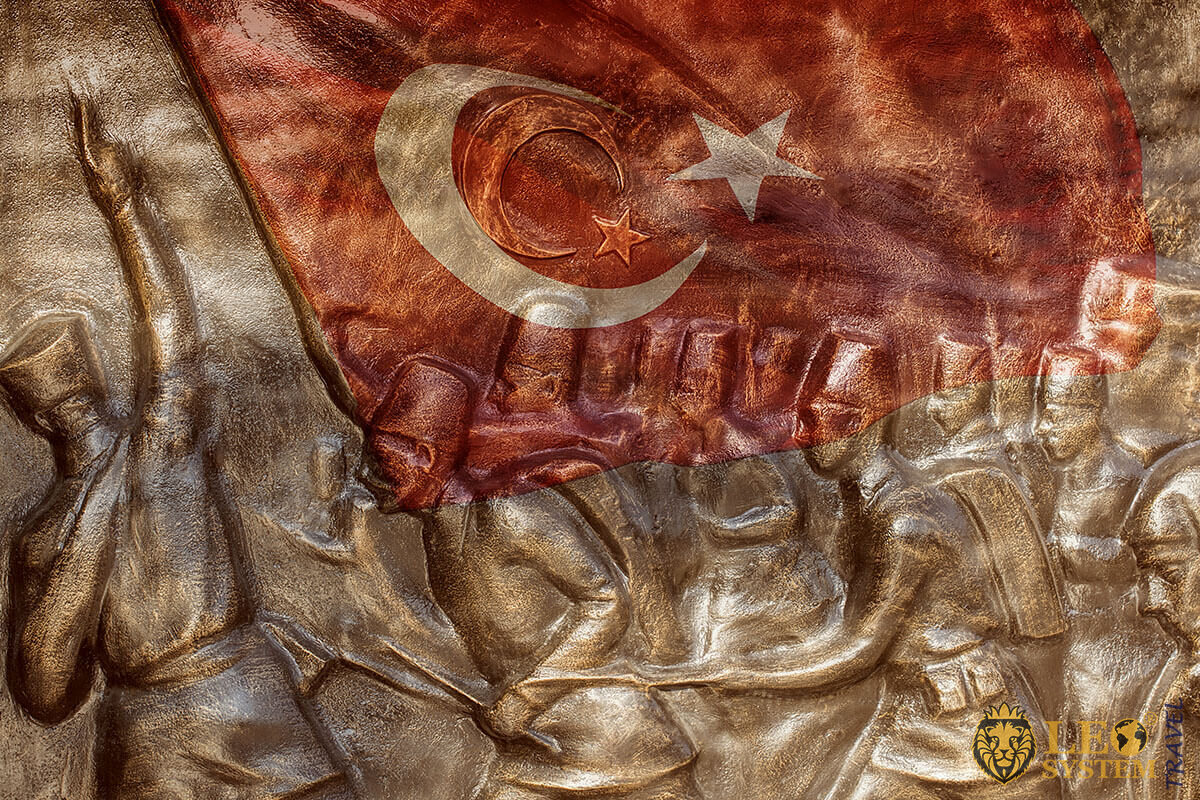 In 1929, an important social reform was made and women, for the first time, were allowed to vote and run for election.

In 1930 Constantinople, the former capital, was renamed Istanbul. It had been changed back in 1923, but some people insisted on using the name Constantinople, so in 1930 the postal system stopped delivering anything addressed to Constantinople.

Atatürk’s real name was Ali Rıza oğlu Mustafa. At military school, his excellent work caused his mathematics teacher to call him Kemal (perfection). In 1934, the Turkish government decided that fixed hereditary names were needed for everyone. At the same time, in recognition, they decided to rename him as Ataturk (father of the Turks). In 1938 Kemâl Atatürk died.

Turkey chose to remain neutral during World War II. That is, until 1945, just before the end, Turkey joined the Allies against Germany and Japan. No Turkish troops ever saw action.

In 1950 Turkey held its first open elections. When Ataturk had founded the republic and for 24 years it had been a single party state. In 1950, the first multi-party elections were held and democracy came to Turkey. 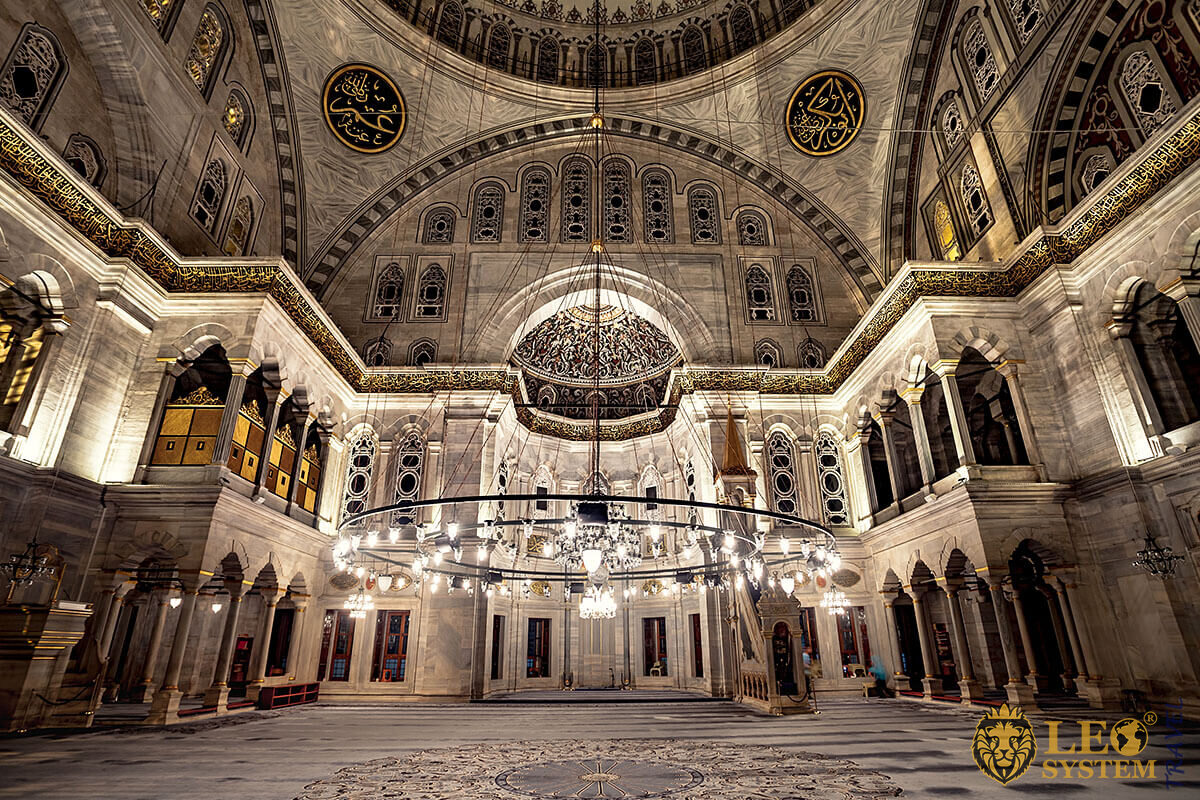 In 1952 Turkey joins the NATO Alliance at the same time as Greece. Turkey held an important geographical position at the crossroads of Europe and Asia, and so was sent as quite important.

The first coup took place in 1960 and was organized by Alparslan Türkeş who encouraged 38 Army Officers to rise up under General Cemal Gürsel. It was prompted by corruption and the reduction in the value of the Turkish Lira from 2.80 lira per dollar to 9.00 lira per dollar. The press was heavily censored and journalists were frequently arrested. In 1961 Turkey held fresh elections and returned to civilian rule.

The Turkish Invasion of Cyprus.

In 1974 Cyprus with both Greek and Turkish populations had a coup staged by the Greek influenced National Guard. The coup had been encouraged by Greece, who wanted Cyprus to form a union with Greece. The Turkish government responded by launching an invasion to secure the interests of the Turkish population.

That first invasion captured about 3% of the island before a ceasefire was declared. A month later, Turkey invaded again and captured 37% of the island. This resulted in the partition of the country and creation of the new Turkish Republic of Northern Cyprus. The only country to recognize the country is Turkey.

This party was formed in 1974 in an attempt to win independence for the Kurds. This struggle developed into a guerrilla war in 1984 and many Kurds were driven back into Iraq.

There had been, in theory, a coup in 1971 but no military force had been used, they had just issued an ultimatum. This is commonly called the “Coup by Memorandum”. No change of government occurred, so we will call the 1980 coup the second coup.

Many people saw the 1980 coup as an attempt to correct this situation. It was quite bloody with 50 people executed, 500,000 arrested and hundreds died in prison. Following a referendum in 1982 which 92% of the people supported, a new constitution was passed and civilian rule re-established. 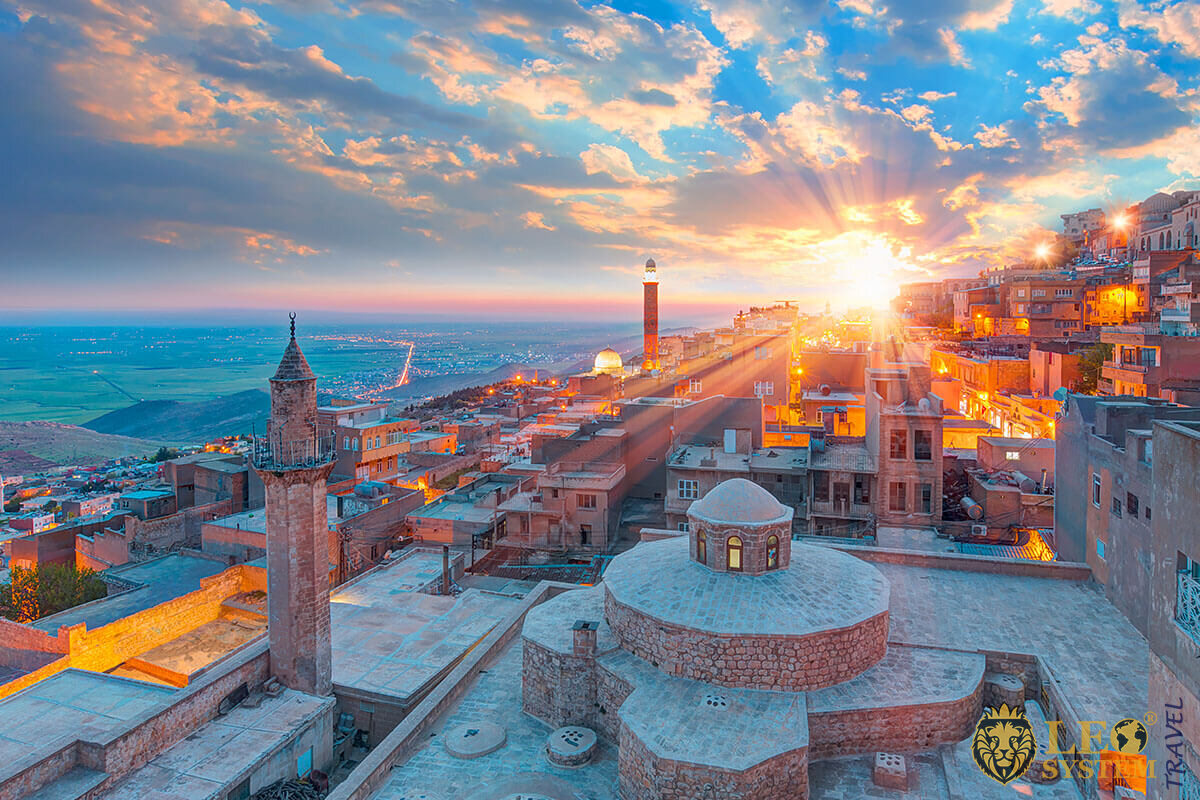 Turkey and the European Union.

Finally, in 2005 Turkey began negotiations to join the European Union. Negotiations were protracted and in 2018 The EU made a statement saying the Turkey was moving away from the EU, so discussions came to a standstill.

Many EU countries had also feared that admission to the EU would allow huge numbers of Turks to move to the more affluent west.
Well, that sums up our answer to “What is the history of Turkey?” We hope that you found it interesting. 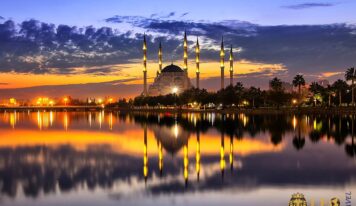