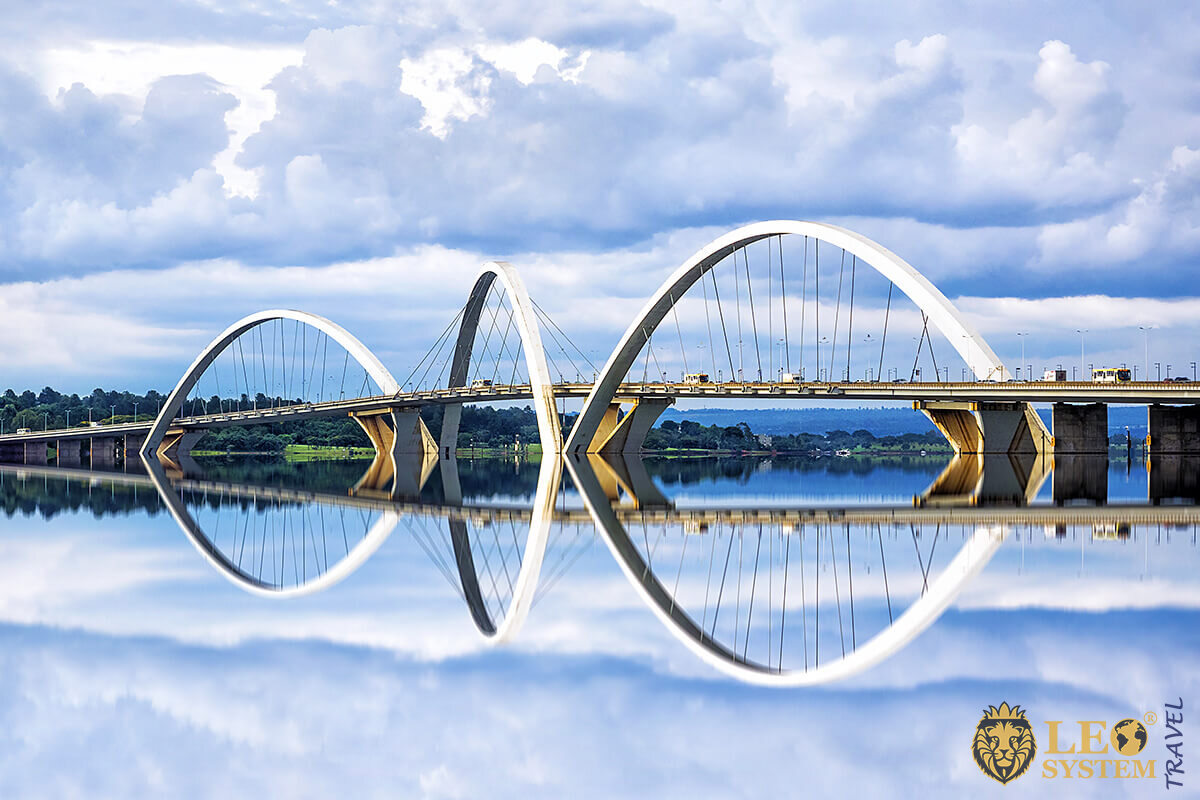 Brazil is one of the largest countries in the world by land area, and it is the most populous country in South America and the 5th most populous country in the entire world. The country is also well known for its football history, with the country having won the most World Cup Trophies; furthermore, the majority of the Amazon rainforest is located within the borders of Brazil.

It is very difficult to visit every landmark in Brazil on one trip, however in these top 10 largest cities in Brazil article, we are going to be narrowing down the list to the biggest cities in the country of Brazil which are home to hundreds of key landmarks and each offers a unique experience. 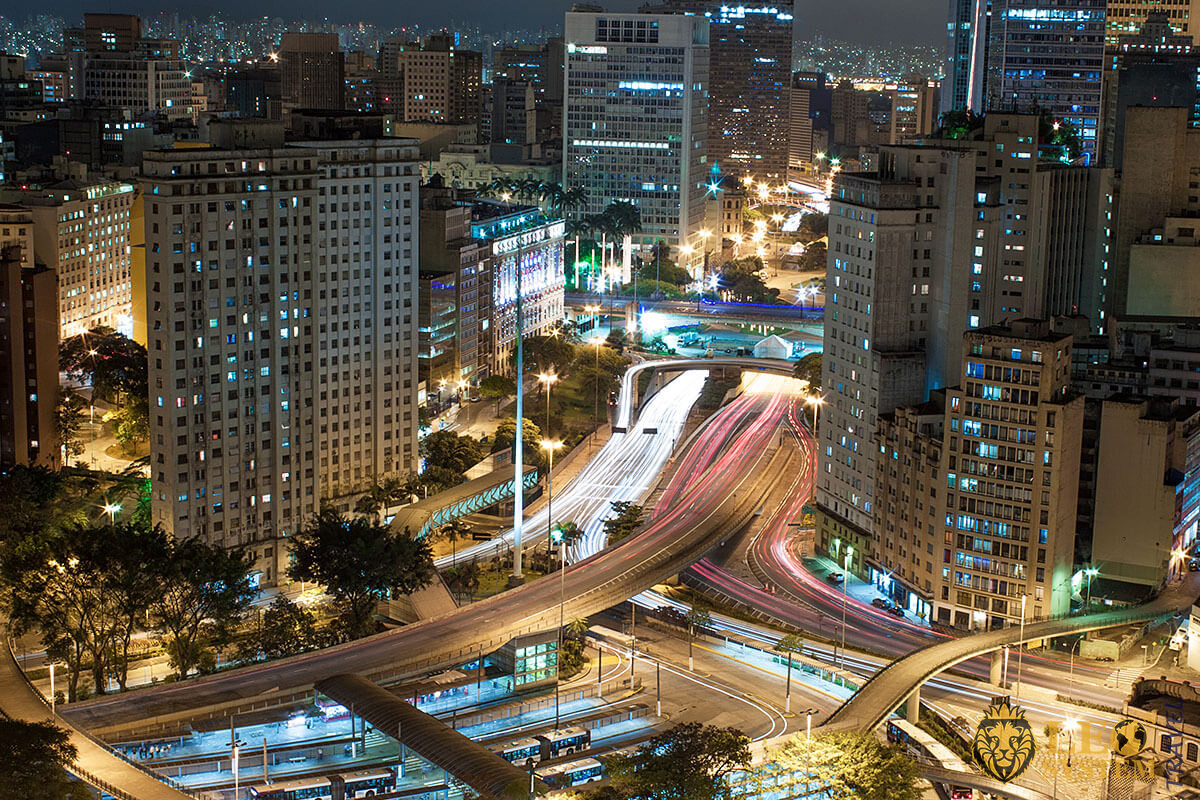 Population: 12.18 million. Described as an ‘alpha global city’ meaning that it is a key trading hub in the world and particularly for the continent of South America with trade coming from Europe and Africa substantially passing through this metropolis.

The most populous city in Brazil, it is a very metropolitan city that is home a diverse number of people from literally all over the world with the biggest groups being Europeans, Africans, and various Asian nationalities.

Sao Paulo is also famous for being one of the few cities in history to have hosted two World Cups, in the 1950s and 2014. Before the city was created by the Portuguese in the year 1554 it was settled by various tribes, most notably the Tupi people. 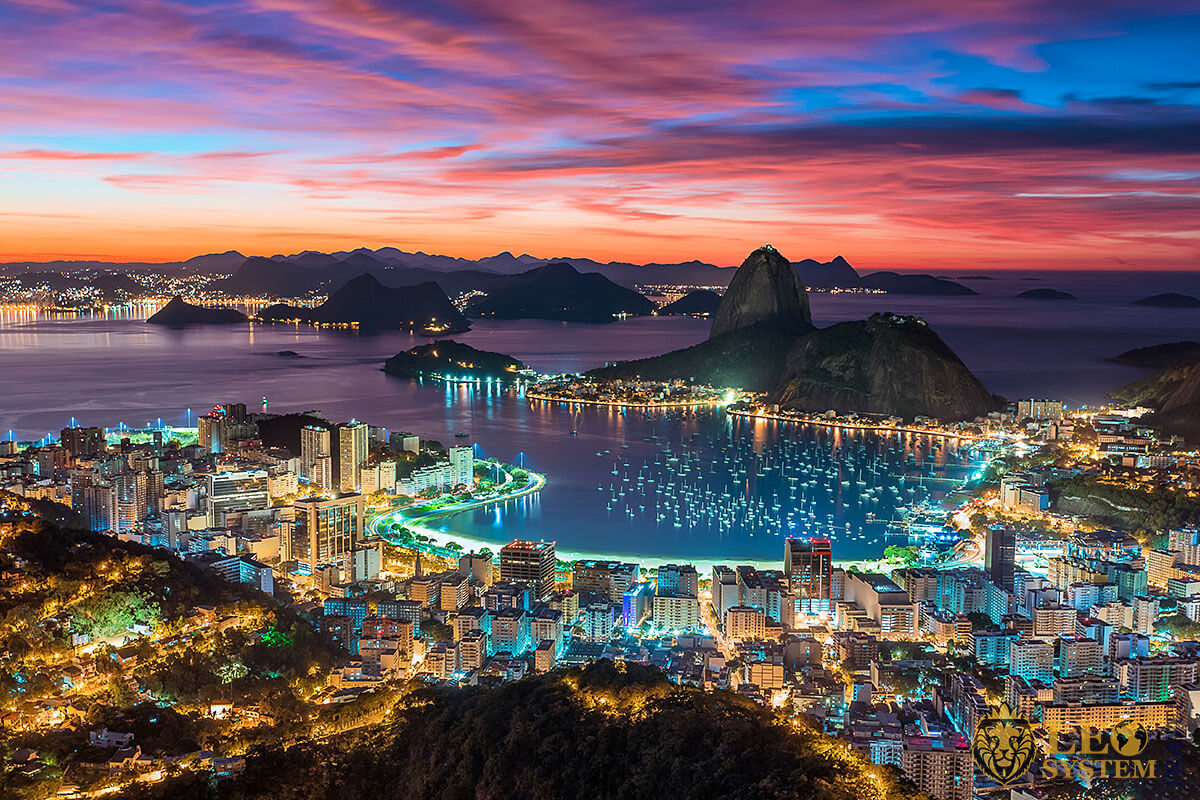 Population: 6.52 million. Arguably the most well-known Brazilian city, the city gained importance in the colony of Brazil when it became the capital of operations for the Portuguese empire’s colonial expedition force there.

The city is a center of Brazilian culture and arts with many famous figures coming from this city such as Chico Buarque who is a Brazilian singer and guitarist who has sold millions of records worldwide, Jorge Ben who is a popular Latin singer who began his career in the year 1963 and is continuing to perform to this day.

Nelson Rodriguez is another of the many famous figures from Rio de Janeiro, Rodriguez was a famous novelist and playwright. Some world-famous landmarks located in Rio de Janeiro include Christ the Redeemer and Sugarloaf Mountain. 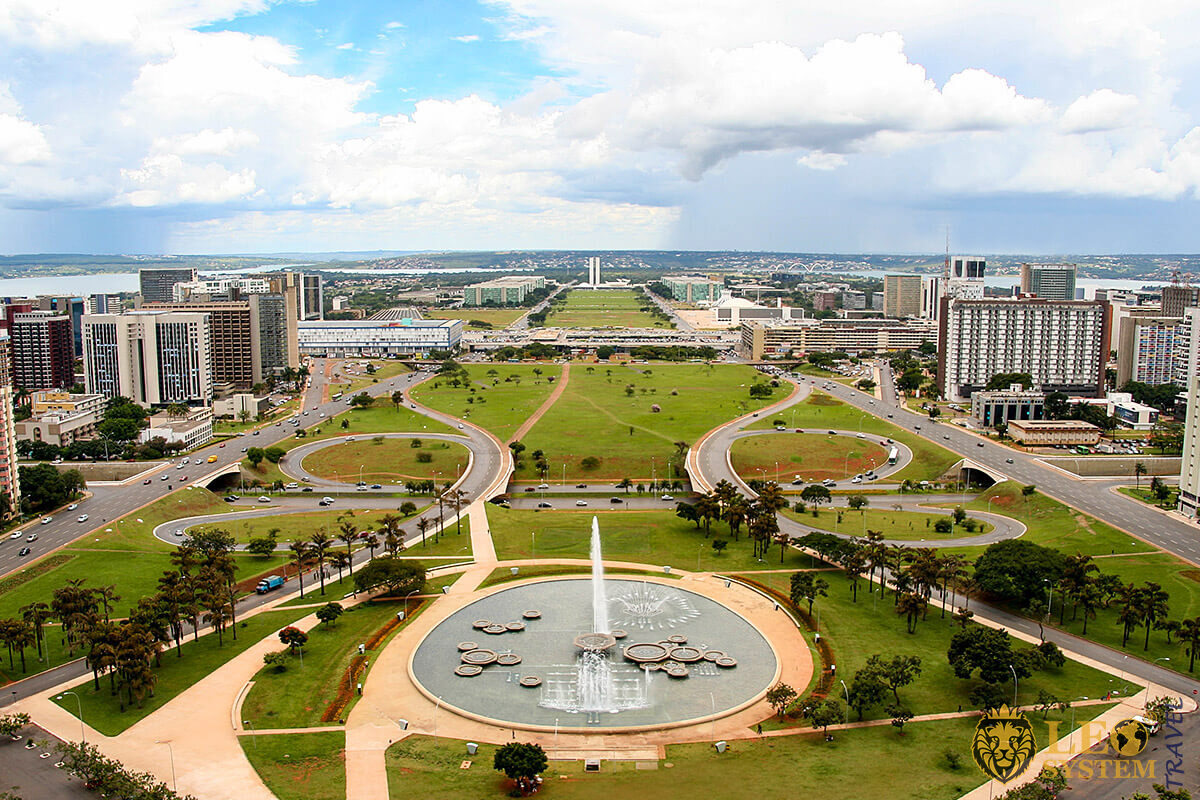 Population: 2.78 million. Despite not being the biggest city in Brazil, Brasilia is the capital of the country. Furthermore, what sets Brasilia apart from a lot of these cities located on this list is that it is not a coastal city, instead it is located inland on the center western mountainous highlands of Brazil.

Brasilia is a very interesting city, as it was built in the 1960s for the purpose of being the capital of Brazil after there was a lot of disagreement between different parties about what existing city should be the capital and since they were not able to come to an agreement they eventually decided to build a whole new city for a total estimated cost of $2 trillion.

Even though Brasilia is a new city, it is actually designated as a UNESCO World Heritage Site due to its innovative modern architecture as well as creative urban planning. 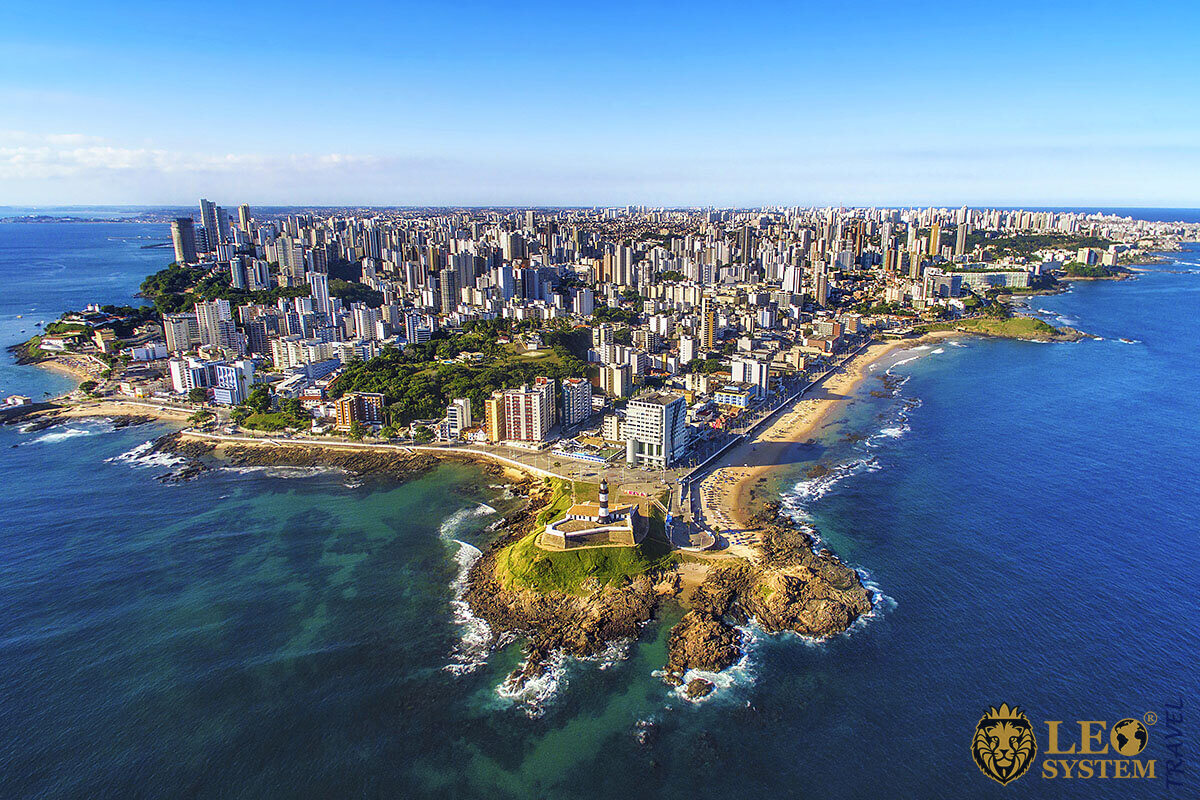 Population: 6.42 million. Salvador is known as one of the richest cities in Brazil thanks to its natural resources such as fishing and whaling reserves out in the neighboring seas, great land and climate for agriculture purposes as well as industries that developed during the late 19th century.

Brazilian beaches are famous for their yellow sand and crystal clear waters, however, the beaches of Salvador cities are even more exceptional as the beach of Porto da Barra is ranked as one of the best beaches in the world by multiple reputable magazines and travel agencies. Another interesting fact about Salvador is that it is the home of the first elevator in Brazil, which was made a UNESCO World Heritage Site in 1985. 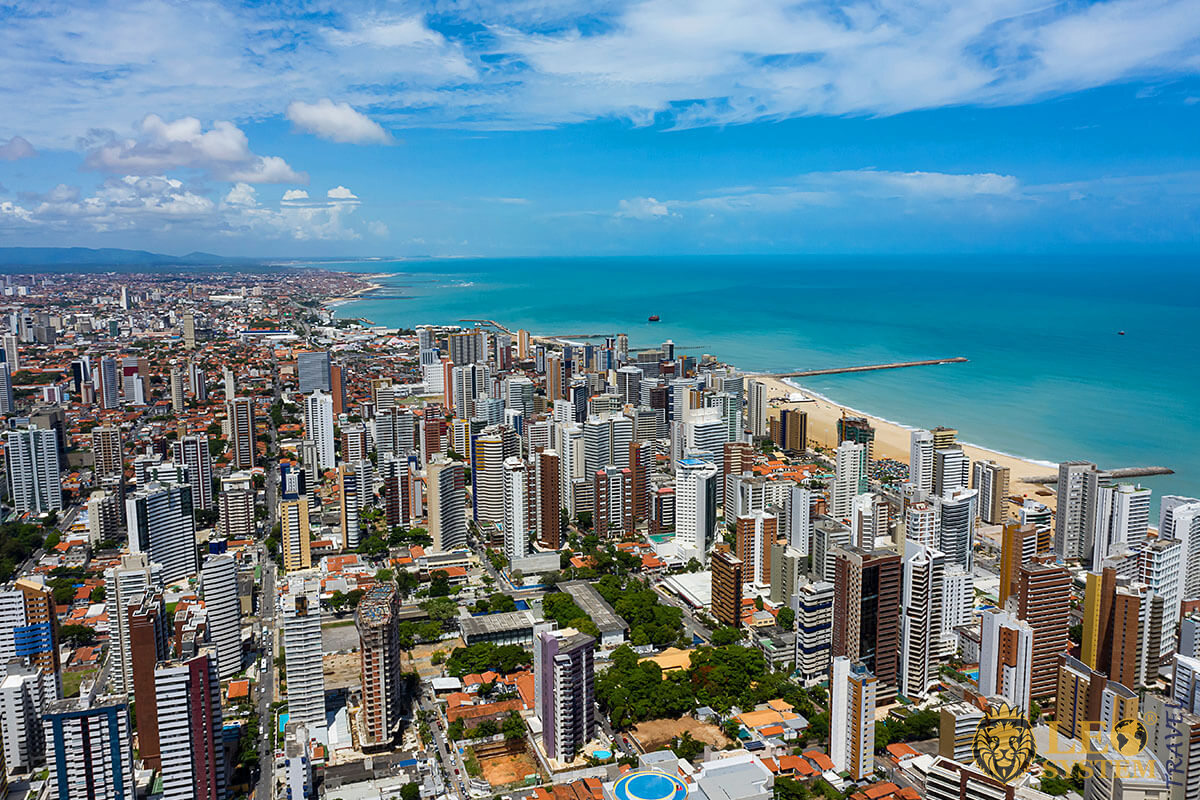 Population: 2.64 million. As some avid readers may have noticed, there is the word ‘Fort’ in the name Fortaleza, this is because this city was originally founded around a Fort called Sao Tiago which was built by the Portuguese in order to help them defend their newly conquered lands against the French, Spanish and the Dutch.

The gigantic star Fort that was the reason the city of Fortaleza still exists to this day, and it is a major tourist attraction, additionally, the city is well known for its beaches and also numerous watermarks. Apart from that, Fortaleza is the start of the BR-116 highway, which as of writing this article is the biggest motorway located in Brazil. 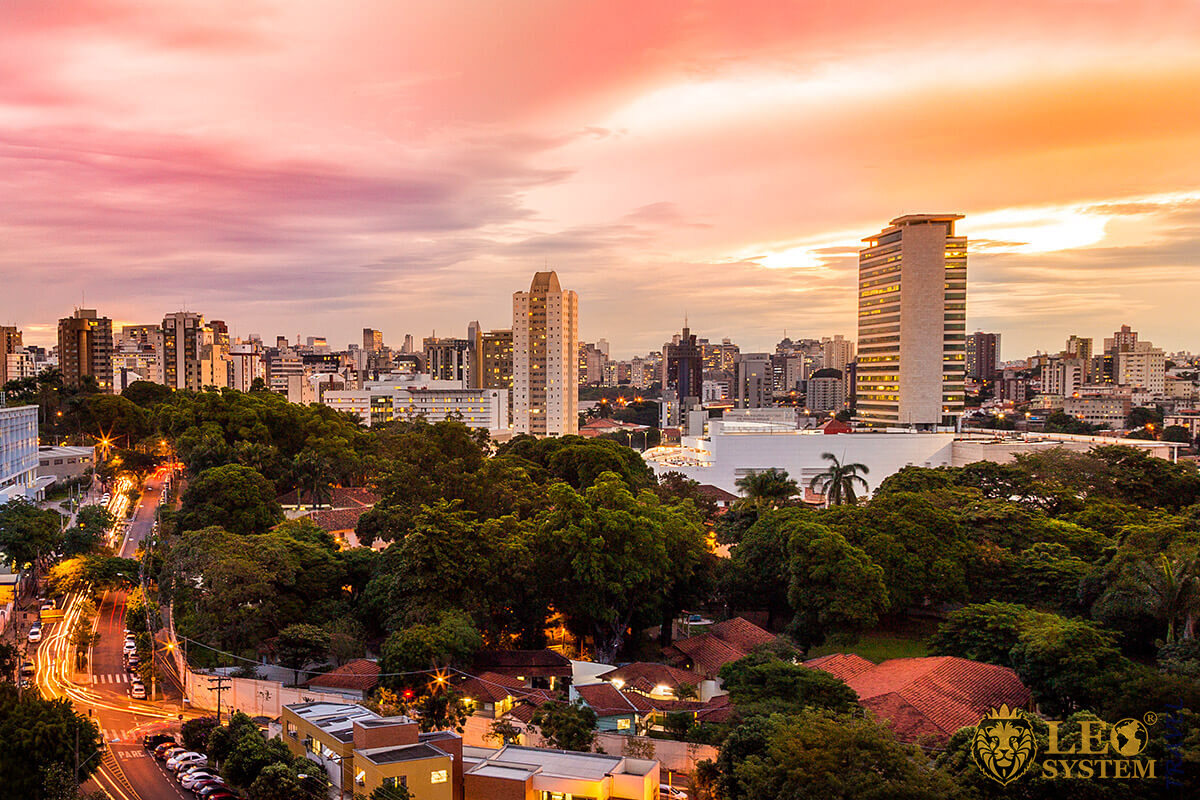 Population: 2.51 million. Another city that we are going to include in our top 10 largest cities in Brazil article is the city of Belo Horizonte, which was founded by expeditions returning from a gold rush who decide to found a farm in the location of the city which saw big success and ended up attracting many other settlers to the rich fertile lands of this city.

Unlike most of Brazil which is heavily influenced by Portugal, the city of Belo Horizonte and the state of Minas Gerais is heavily influenced by Italian culture and cuisine due to an estimated 30% of the 5.1 million residents of the city having Italian origin with most of the original founders of the city having roots from Italy. Belo Horizonte is the 3rd most populous city in Brazil. 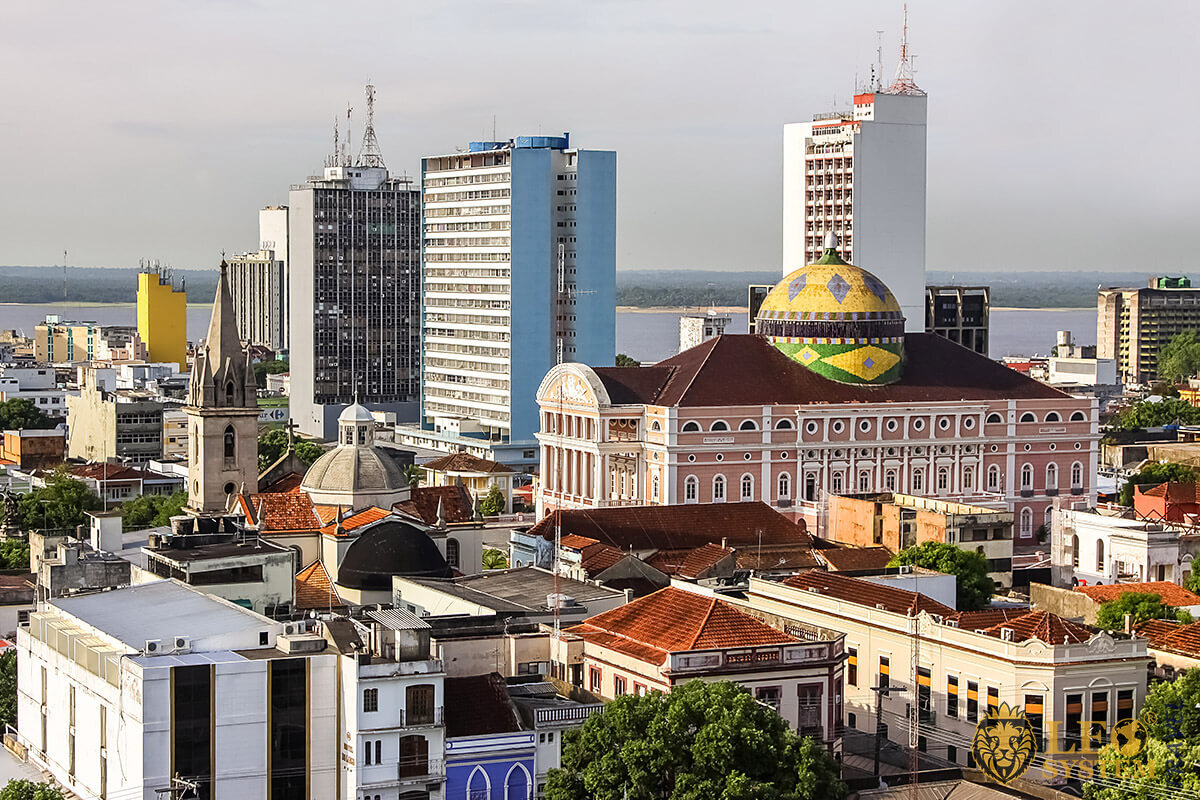 Population: 2.18 million. A city in Brazil with one of the richest historical heritage, Manaus is the capital of the state of Amazonas, which is the largest state in Brazil and also the northernmost one. Additionally, as you may have guessed from the name it is surrounded by the Amazon rainforest, it has the longest history out of all of the cities in this article as the city was first colonized in the year 1499 by Spanish explorers.

The history of this city is plagued by violence and wars between native tribes and European colonialists, between European colonial powers and also multiple revolts by slaves that were kidnapped from Africa. Many great buildings are located in Manaus, such as the Amazon Theatre which is the biggest opera in the Amazon rainforest and the Mercado Adolpho Lisboa which is a market founded in the late 19th century.

However, what really draws tourists from Brazil and the outside world to this city are the natural wonders located around it such as the Meeting of Waters which a natural wonder where two different colored rivers meet creating a beautiful sight. 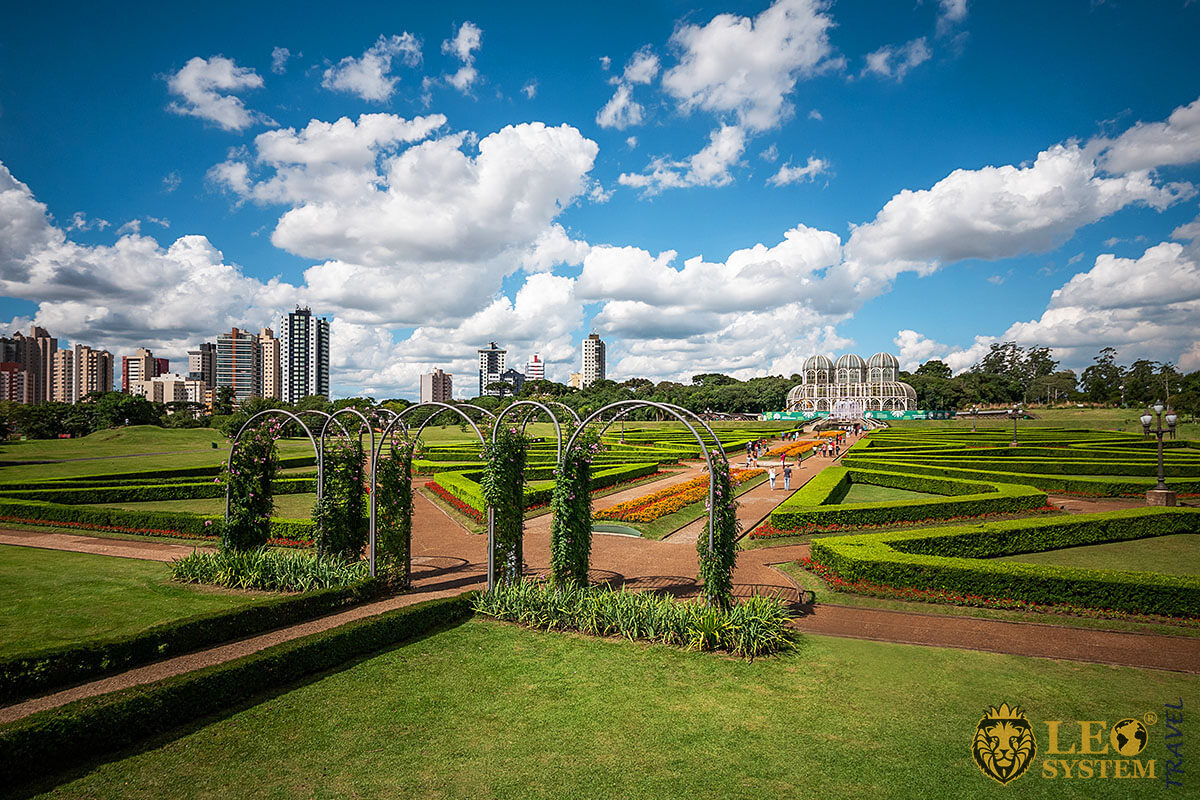 Population: 1.87 million. Known as the Singapore of Brazil, Curitiba is a very rich city that has one of the highest Human Development Index rankings out of all of the cities in Brazil, as well as being ranked the Brazilian Big City by Reader’s Digest magazine.

Moreover, Curitiba is one of the cities in Brazil and also South America with the highest number of foreign investment as the city is seen as a stable location with a solid rule of law.

Like a lot of the cities in Brazil, Curitiba started off as a farming village founded by settlers from European countries such as Italy, Germany, and Russia. The city of Curitiba is known for being the hub of rugby in Brazil, with the local team Curitiba Rugby Clube being multiple time national rugby champions. 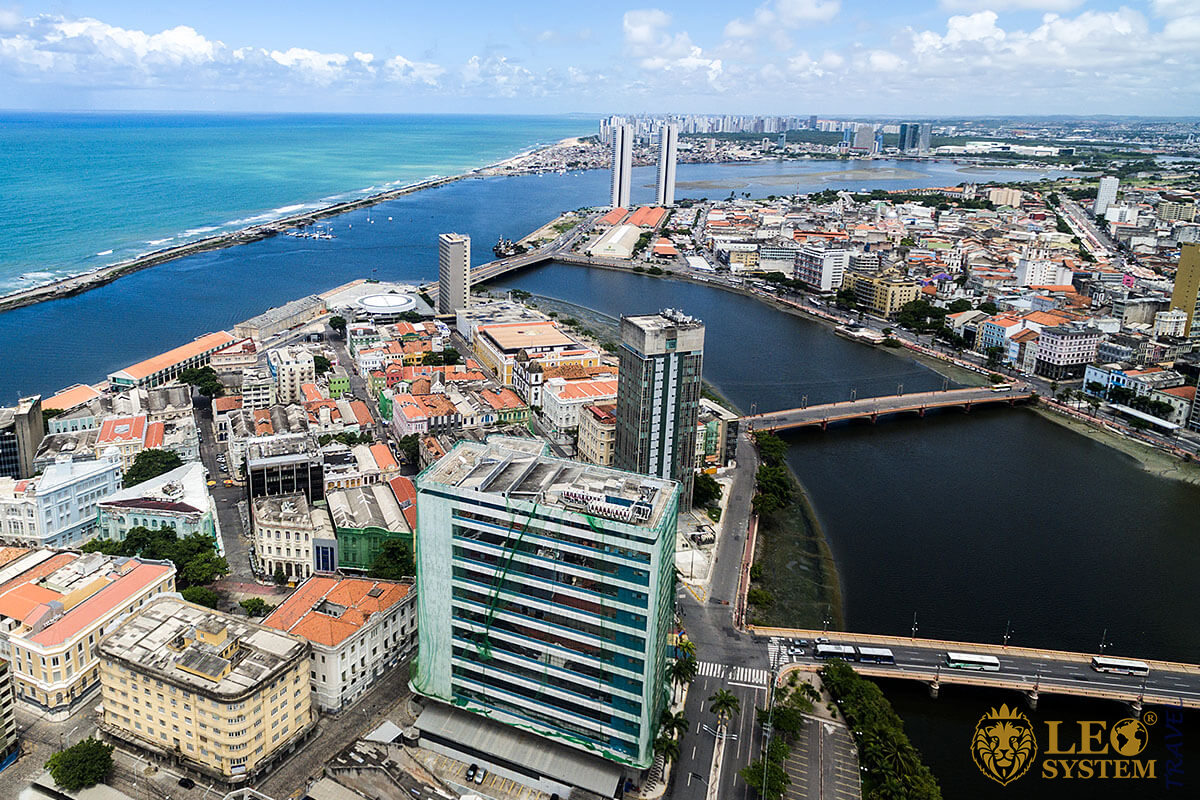 Population: 1.62 million. Famous for its massive beaches that surround the coastal side of the city of Recife, with many of the beaches located around Recife being ranked and awarded as some of the best beaches in the world.

Furthermore, Recife is one of the cities that takes part in the world-famous Brazilian Carnival which sees millions of people and hundreds of thousands of tourists take part in a colorful, lively and expressive carnival which happens to be the biggest in the world.

A well-known dish connected to the city of Recife is Caldeirada which is made using octopus that is cooked in coconut milk, local spices, and white beans. 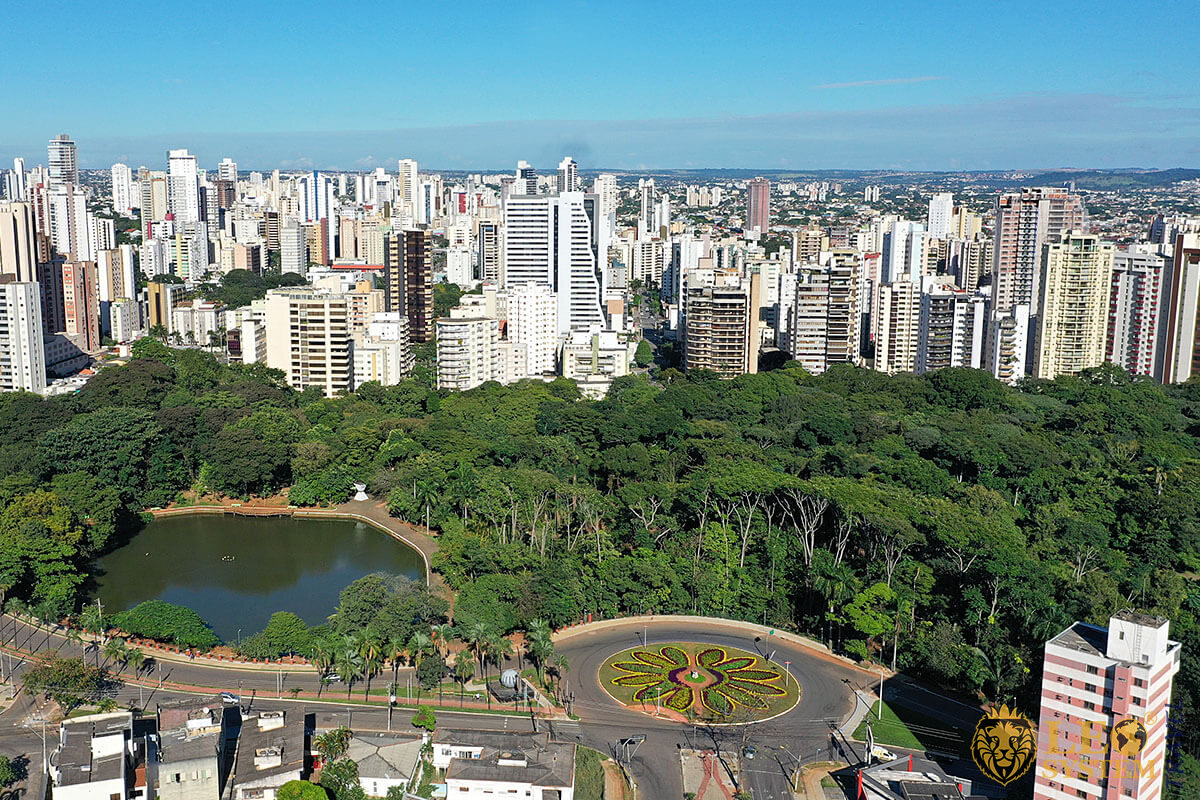 Population: 1.43 million. Goiania is one of the two planned cities on this top 10 largest cities in Brazil article along with the capital city of Brazilian, with the city of Goiania being built in the year 1933 as the new capital of the state of Goias in Brazil.

Although there are not a lot of historic buildings located in the city of Goiania, it is very popular with Brazilians and foreign tourists for its multiple parks and green spaces dotted around the city which allows for all inhabitants to enjoy nature and all of its peacefulness and tranquility.

Also read the article: 12 Interesting Facts About Life In Brazil