Home Greece Travel to the City of Kavala, Greece 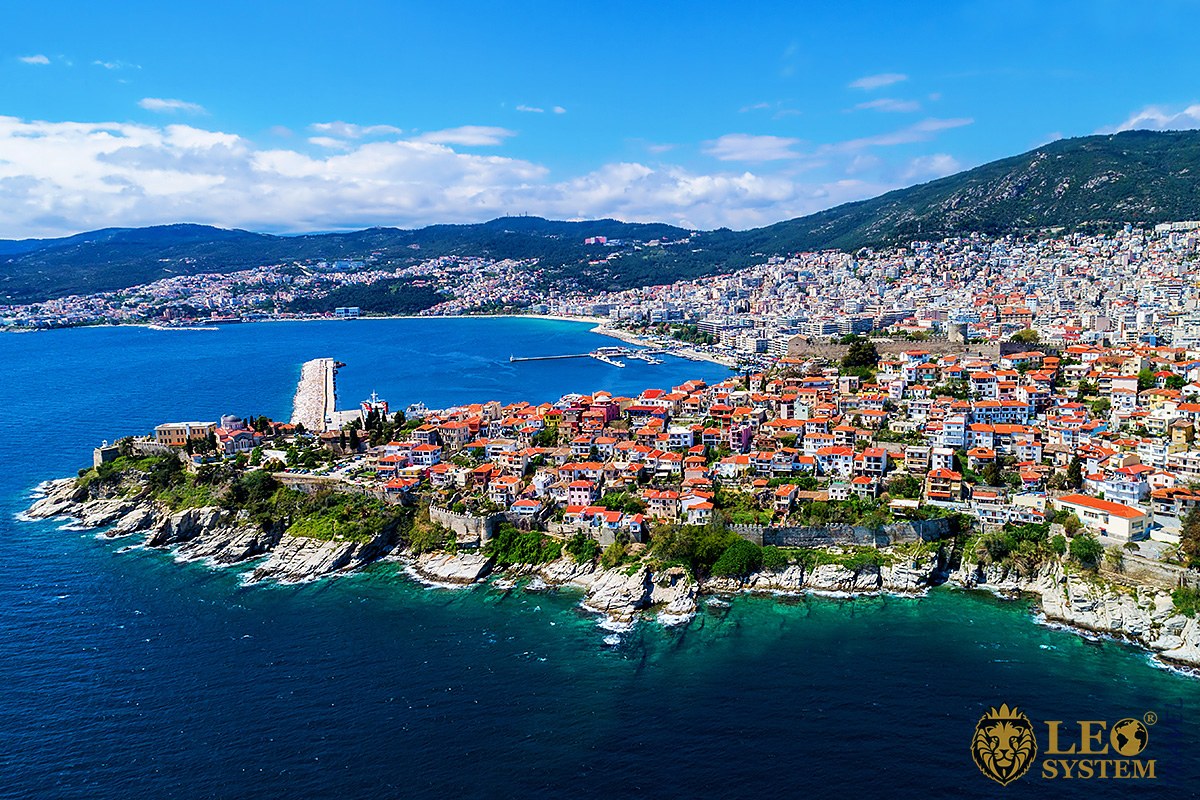 Kavala is a Northern Greek city that is located in the Greek province of East Macedonia and Thrace. The city takes its name from the local bay of the same name, which is one of the four major bays in that region of Greece. This coastal hub is one of the most important birthplaces of Christianity on the European Continent, which is something that we will discuss in further detail in this article.

It is a wealthy city that is blessed by a great environment, natural resources as well as unique local culture that makes it a great place to explore when you travel to the city of Kavala, Greece.

Compared to the standards of Greece and the world, this seaside city is very peaceful. It has a population of over 50,000 people who permanently live there, although the population increases greatly during the main tourist seasons. The coastal hub is ranked 40th in terms of population size in the whole of Greece, in between the cities of Kalamata and Chania. 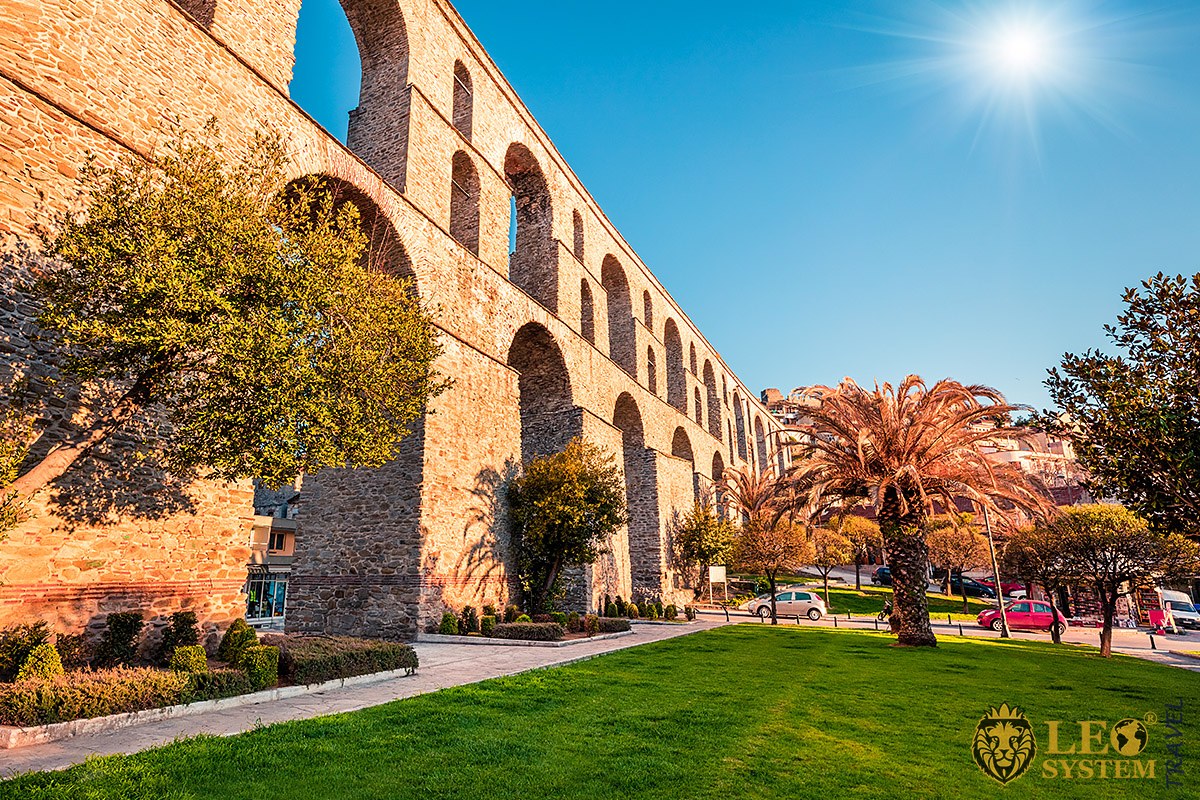 It is believed that the area of this modern-day settlement has been inhabited by people for over 3,000 years. However, historians are not able to calculate since exactly when. In the early days, it was without a doubt a popular location to settle down thanks to the massive reserves of marine life for fish which is present to this day as well as the hospitable climate present there.

Today this seaside settlement continues to attract Greeks from all around the country who are looking for high-paid jobs in the tourism, fishing, commerce, and oil-related business sectors.

The first major ancestor of this Mediterranean city was first founded in the 7th century BC by settlers from the island of Thasos, which is just off the coast opposite the seaside hub. This colony was founded in order to make the trade of silver and gold from the local mines much more profitable thanks to the closer proximity.

Eventually, it was conquered by Phillip II of Macedonia and remained a part of the Ancient Greek kingdom of Macedon until the early 4th century BC, when it was eventually conquered by the Roman Empire that was sweeping through the Balkans. 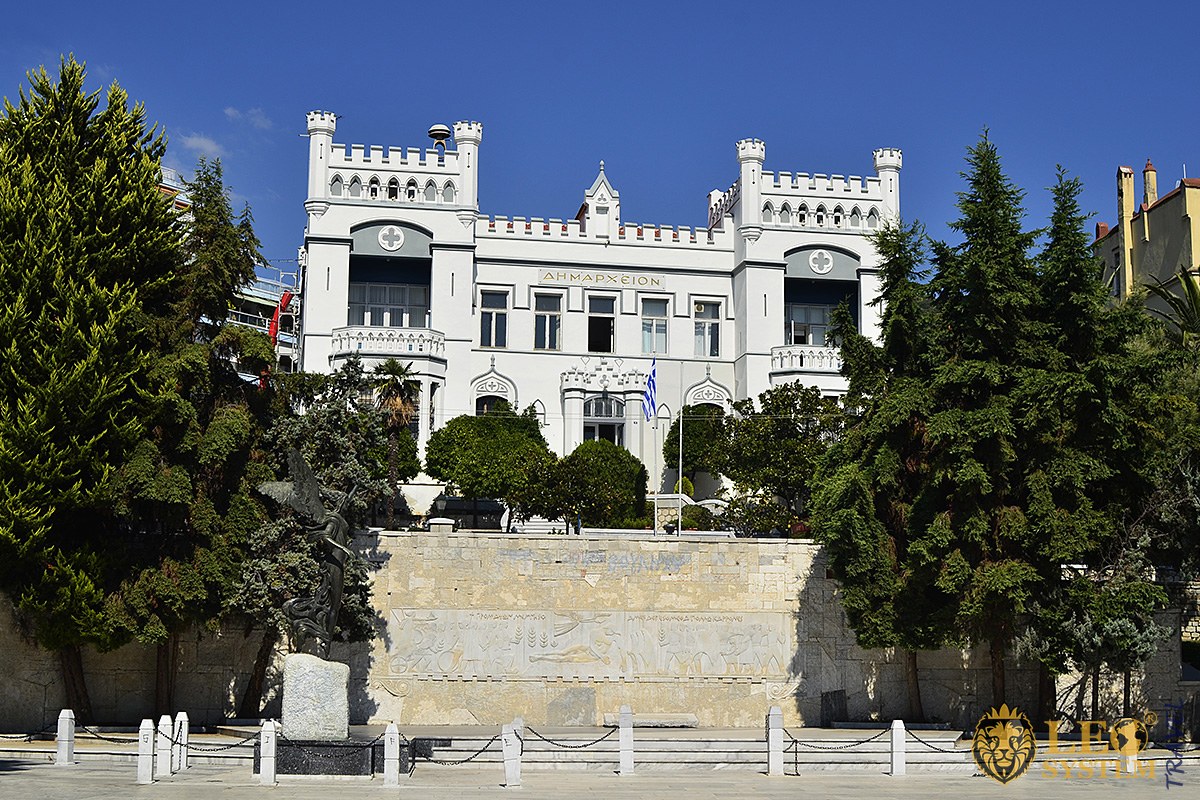 However, it is important to note that during this ancient history, the settlement was known as Neapolis, which was a common name given to Hellenic colonies all over the Mediterranean.

From the 8th Century AD, the town was renamed to Chrysoupoli after the Christening of Saint Lydia near the town in 49 AD, which according to Christianity is the first European baptization. Eventually, the urban area adopted its modern name of Kavala. Throughout its long history, it has been a part of the Byzantium Empire, Ottoman Empire, and also Bulgaria. 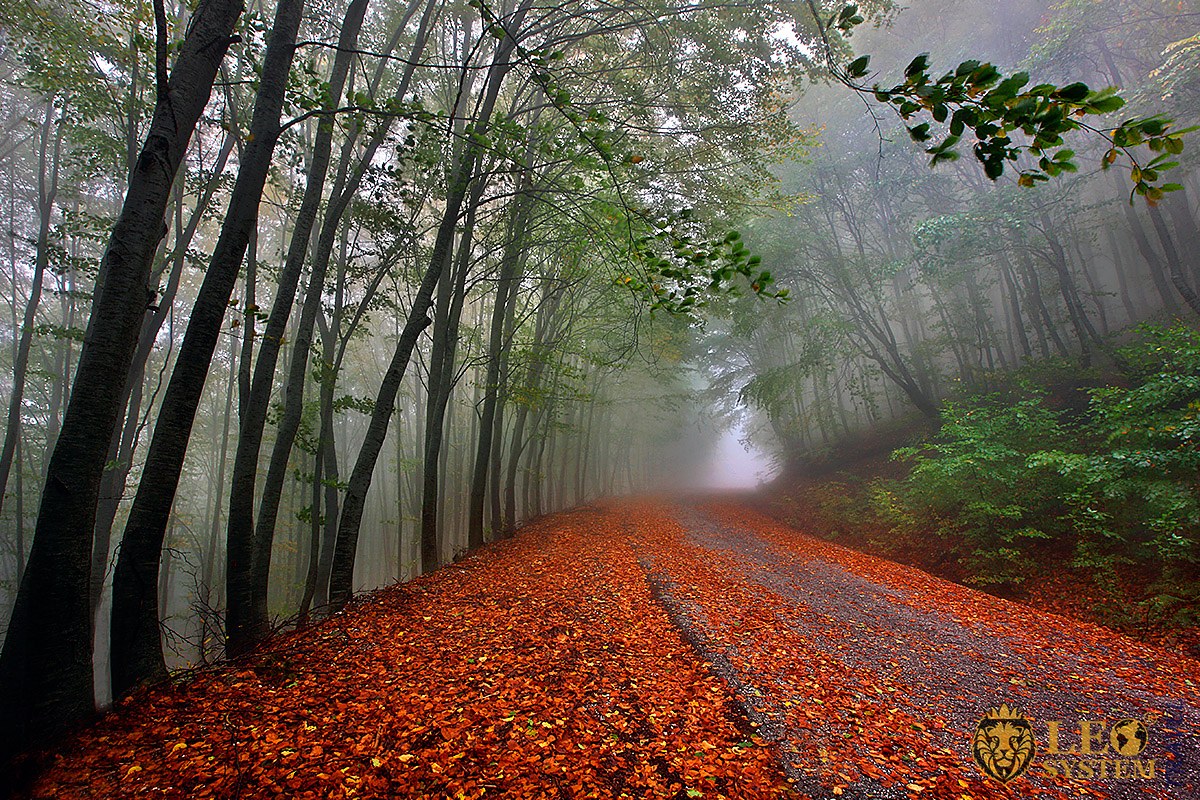 It rains for around 91 days a year, with the summer months of July and August having less than 5 rainy days compared to most of the other months of the year. Furthermore, humidity happens to be fairly low at a level of 66.9 over the normal year. This allows for an enjoyable experience when visiting this Mediterranean refuge.

If you travel to the city of Kavala, Greece, you will have the opportunity to experience one of the cradles of Christianity in Europe as well as the many other minority religions that are respected here. As we have already mentioned, the locale is the location of what is believed as the first baptize of a European Christian.

Moreover, it was a part of the Roman Empire and later the Eastern Roman Empire, which is also known as the Byzantium Empire. These empires were some of the largest promoters of Christianity in the world. 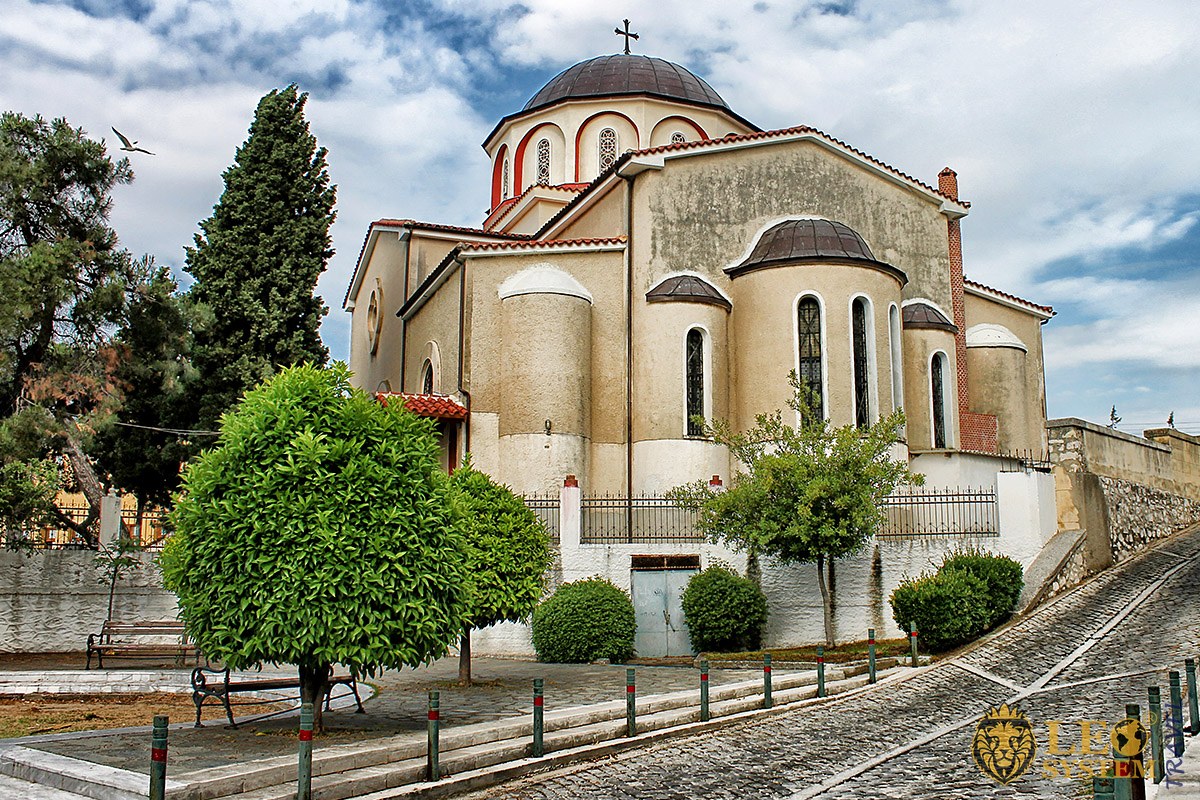 Due to these circumstances, there are many beautiful churches such as the Holyfield Angel’s Church and Saint Lydia’s Baptistery. And most importantly the Baptistery of St. Lydia which although not a church is a sacred site constructed during the 1970s close to the archaeological site of the baptize of Saint Lydia.

There are also many mosques in the city such as the Halil Bey mosque which is noted for its distinctive reddish external coloring that makes it stand out from the more pastel-colored neighboring buildings.

Wildlife in and Around Kavala.

This is a very rich place in terms of wildlife, many individuals will be surprised by this there is actually a large number of otters that call this area home. They live mostly in what is known as the Nestos delta of the river of the same name, they hide in the shrubs and trees in and around the Nestos River.

Apart from that, you have another surprising animal, the flamingo or to be specific the greater flamingo which migrates throughout the year in-between Southern Europe, the Middle East, and also Africa. If you are here at the right time of the year, you can see flocks of these flamingos enjoying themselves on the beach or fishing in the water. 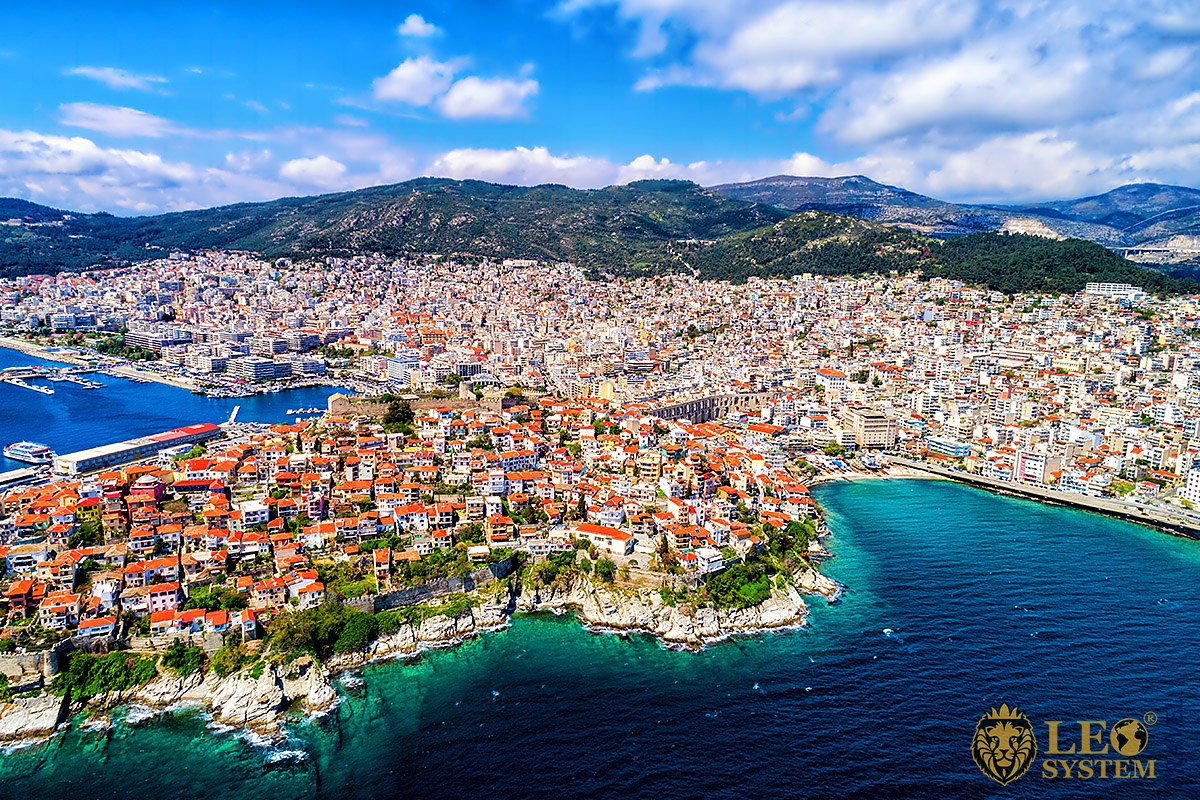 Dolphins are also very common in the nearby Mediterranean Sea; they can be seen when you go on a cruise or on a fishing boat expedition. The best time of the year to see them is during the summer, as dolphins like many other species of animals emigrate to different parts of the world where there are the best living conditions during a certain part of the year.

Many of the most important Greek cultural events are held in this coastal center every single year, such as the Festival of Philippi, which is held near the abandoned Ancient Greek city of Philippi.

This festival takes place every single year between the months of July and September, during which many different plays and concerts take place. This is because Philippi is famous for its stone theaters and auditoriums that still remain partly intact and can be explored for a small free by history buffs. 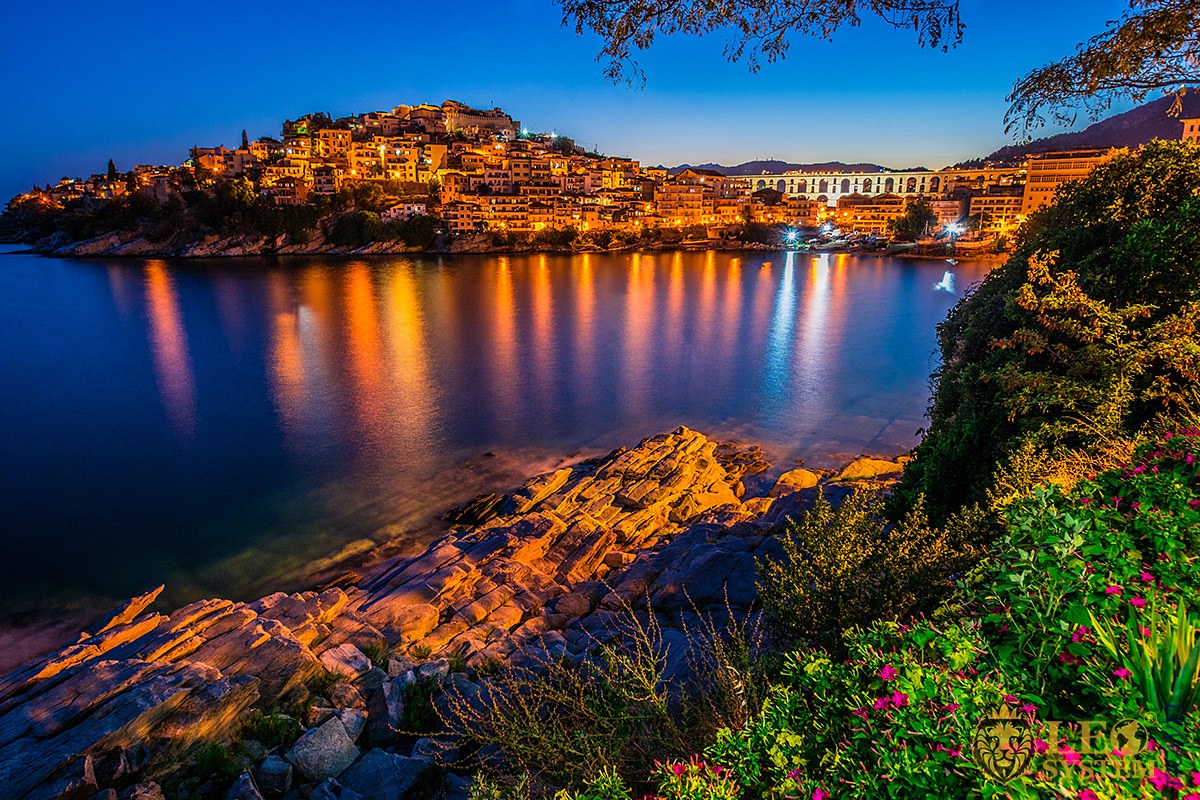 There is also a music festival called Cosmopolis, which promotes cultures from all over the world as well as the distinct local culture that can be found in this part of Greece. To add to this, you have the Wood Water Wild Festival, which is an outdoor music festival that tries to reconnect its attendees with nature.

Finally, in this travel to the city of Kavala, Greece article, we are going to discuss the geography of the surrounding areas of this Mediterranean location. The city’s main attraction is the Mediterranean Sea, on which there are many great beaches such as Perigiali Beach, which is located in the eastern part of the settlement. 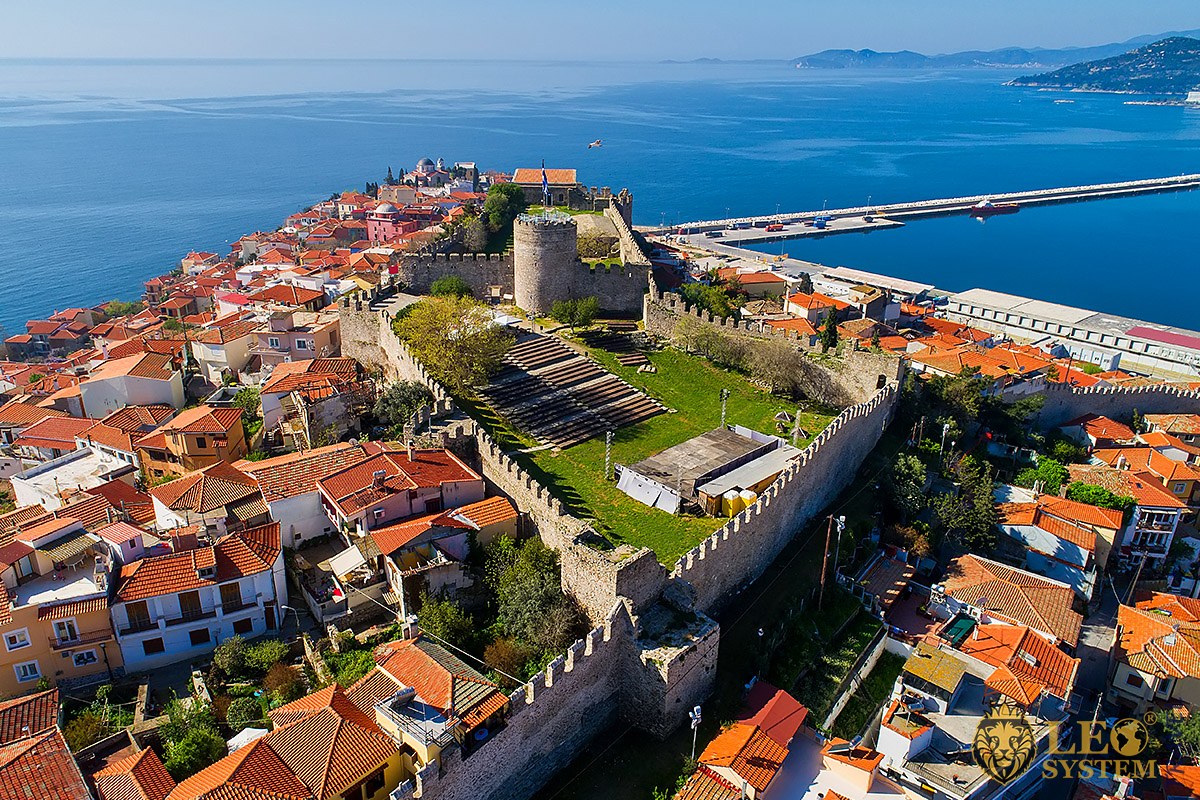 It is noted for its bright yellow sand dunes and peaceful atmosphere that is away from most of the city center. There is also the Rapsani and the Vrachonisida Kalamitsa beaches, which can easily be accessed thanks to the great transport links in the city.

The geographic area is also stereotypically hilly with a lot of cliffs, these provide for a great view out into the sea, the forests, vineyards, and also the villages that dot the landscape. A popular tourist destination is the mud baths which naturally occur in the nearby lakes and hot springs, furthermore, there are now many artificial mud baths to meet the increased demand for this therapeutic past-time.

Read the article: Travel To The Fabulous Island Of Zakynthos, Greece