Home Italy Fascinating Sights of the City of Florence, Italy 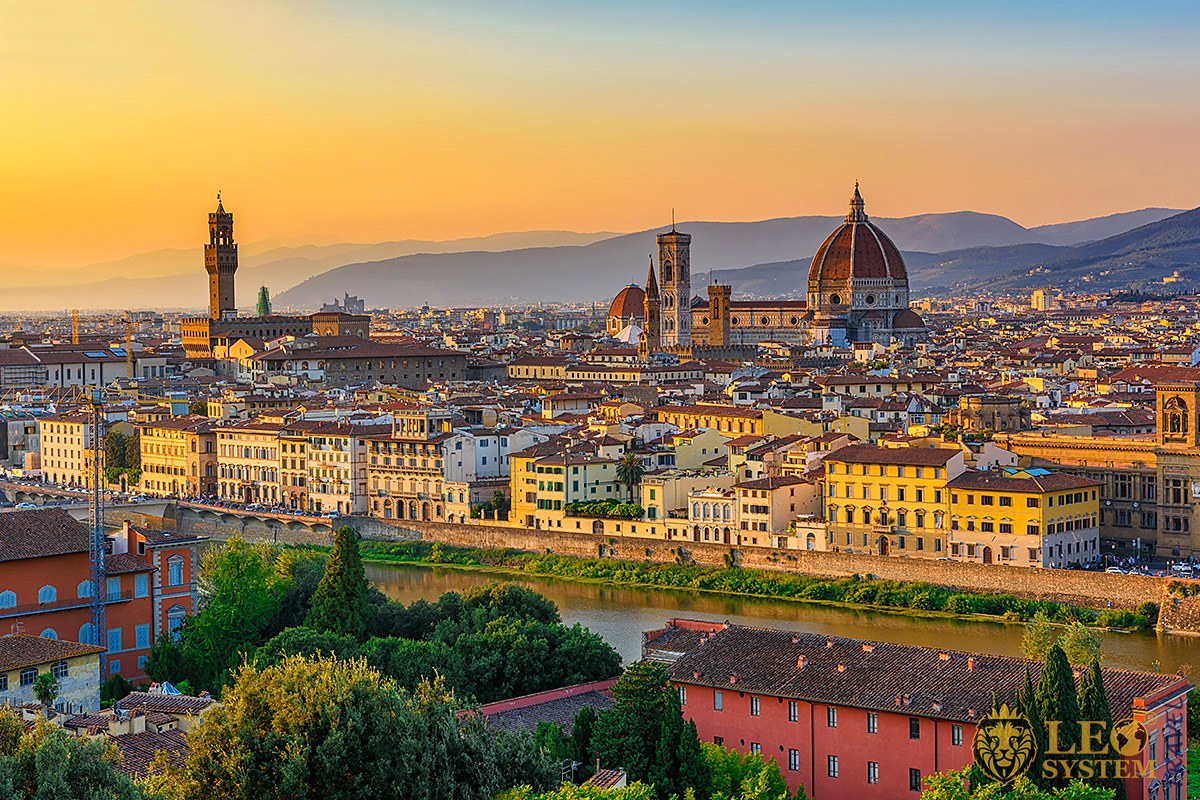 Florence is the largest city in Tuscany, Italy, and is the cultural heart of Italy. Because it was the center of trade in medieval Europe, it is rich in galleries and home to many Artisans whose families have plied their trades for centuries.

In fact, the present city of Florence was established by Julius Caesar in 59 BC and some fascinating sights of the city of Florence, Italy are extremely old. In the 15th century, Florence was one of the largest cities in Europe, and the home of the Medici family who controlled the banking system, making them highly influential. This ended abruptly in 1494 when the Medicis were deposed, and a republican government was restored to Florence.

Sights of the City of Florence in Italy. 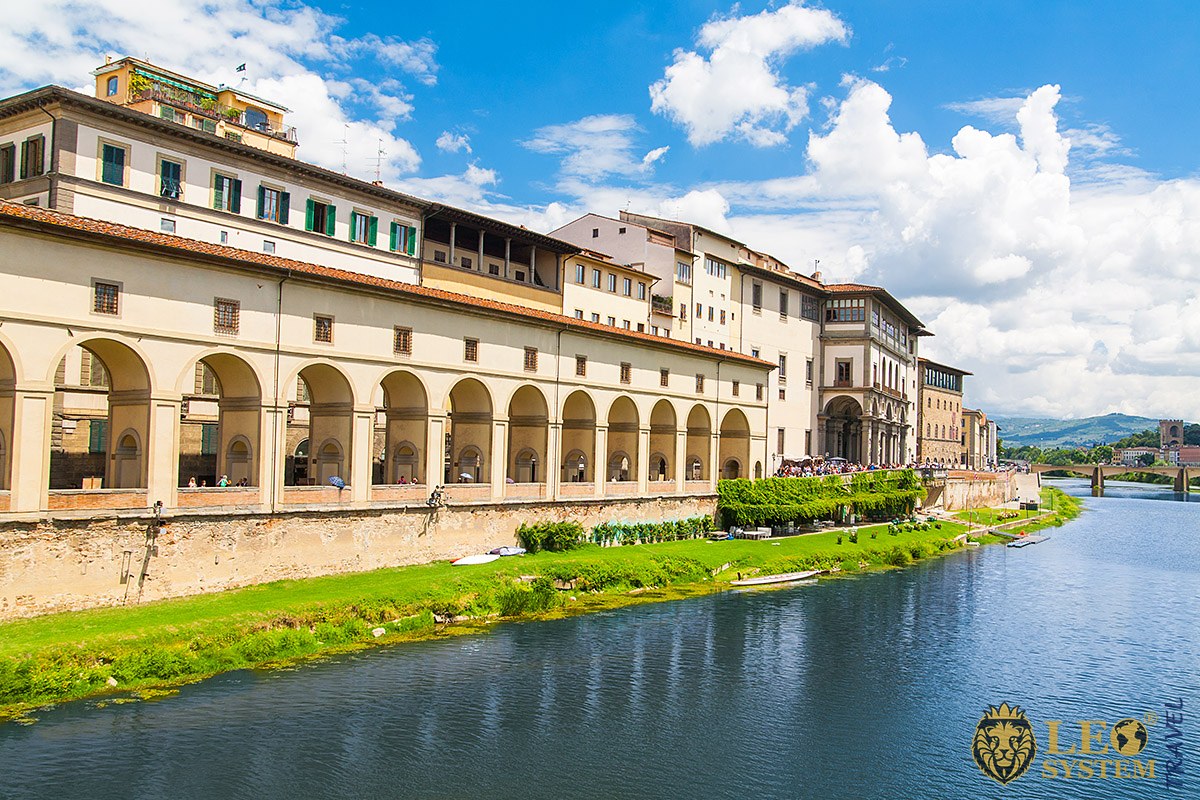 In the beautiful Uffizi Gallery, we can see some of the world’s greatest artworks from Leonardo da Vinci and Botticelli, and it is easy to spend half a day there experiencing the greatest artworks that you will ever see. In 1966, the Uffizi was almost destroyed by a massive flood in the River Arno, fortunately, the artworks were moved, and the damaged building was restored to its former glory. 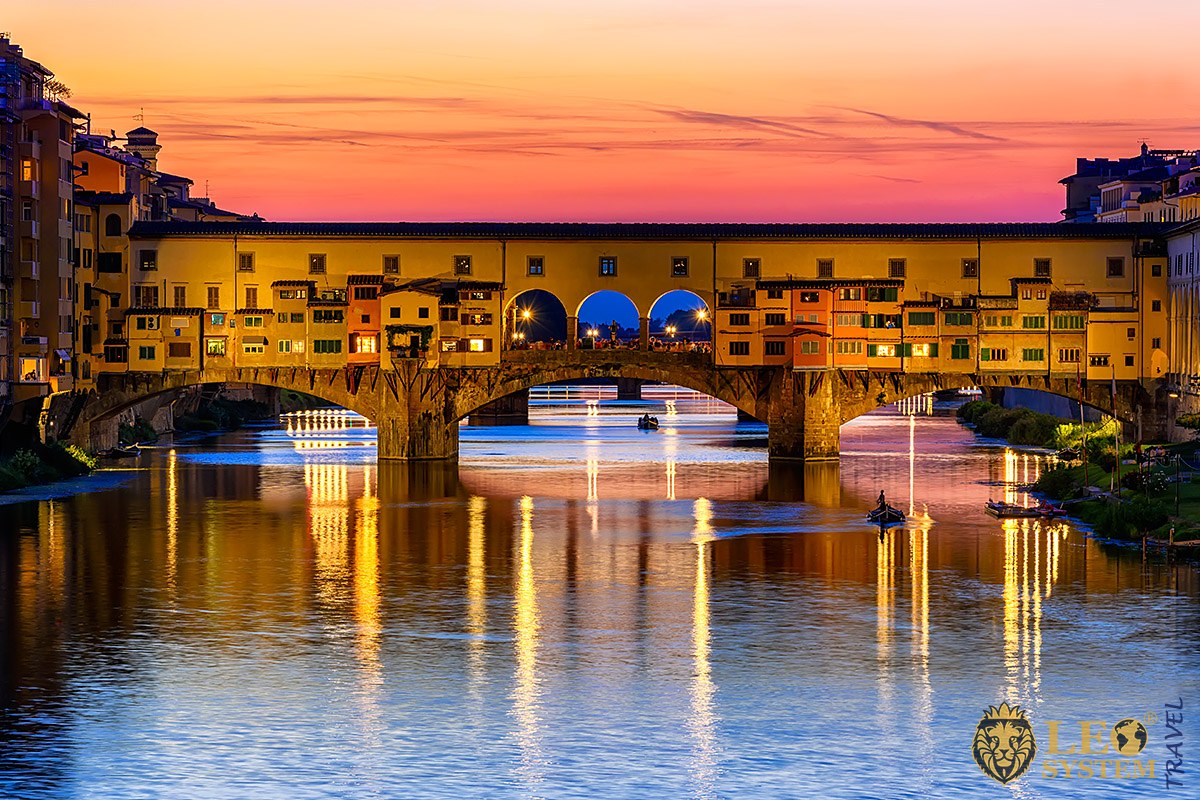 An ancient bridge over the river Arno with small buildings where many of the artisans sell their products. It is a spanned Medieval Bridge where the shops were built along the span for about 30 meters in length.

Once shops on a bridge were common practice, but not anymore, and during the German occupation of Italy during World War II the Ponte Vecchio fell into disrepair and has since been restored. The tourist can walk across the bridge from shop to shop, buying the world’s best leather goods and silver, shoes, and many other items found there. 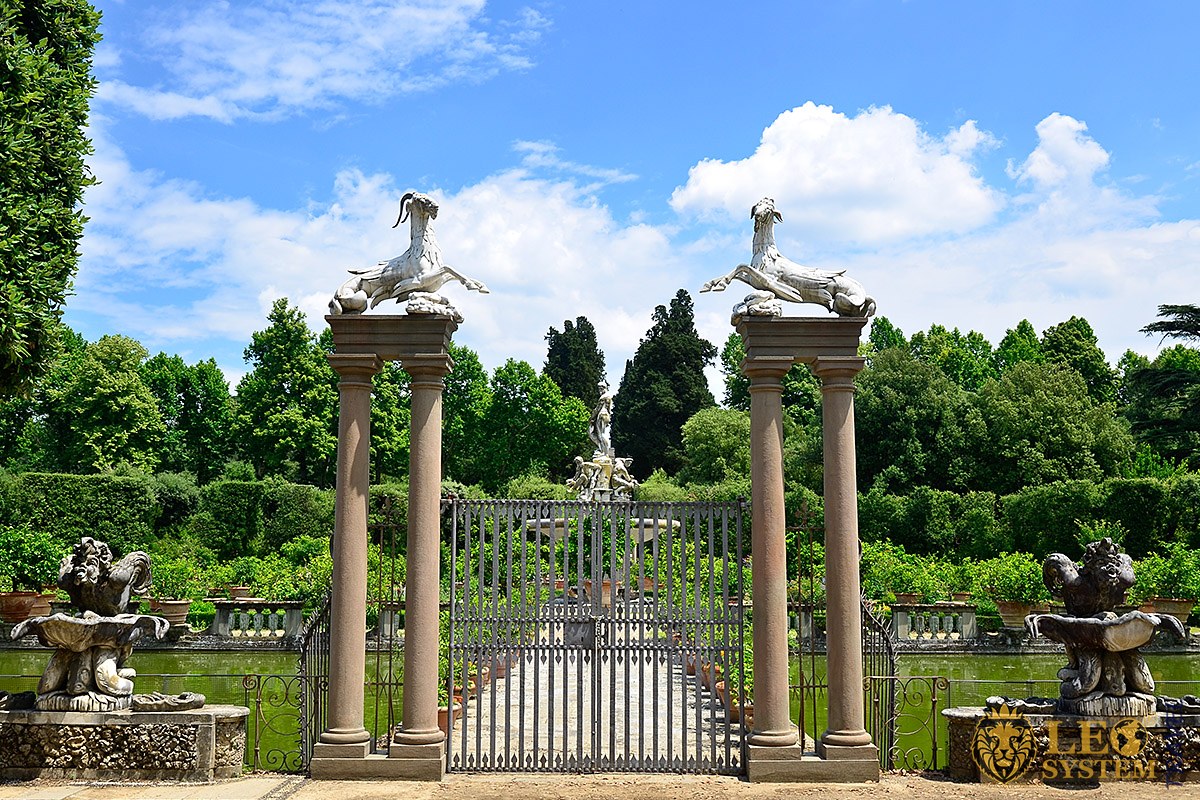 The Boboli Gardens behind the Pitti Palace were once the home of the Medici family and are a fine example of renaissance terraced gardens.

Opened to the public in 1766, they are beautifully laid out and manicured, and as one of the world’s oldest gardens they are certainly worth a look. Spend time there, enjoying the tranquil beauty of the terraces. 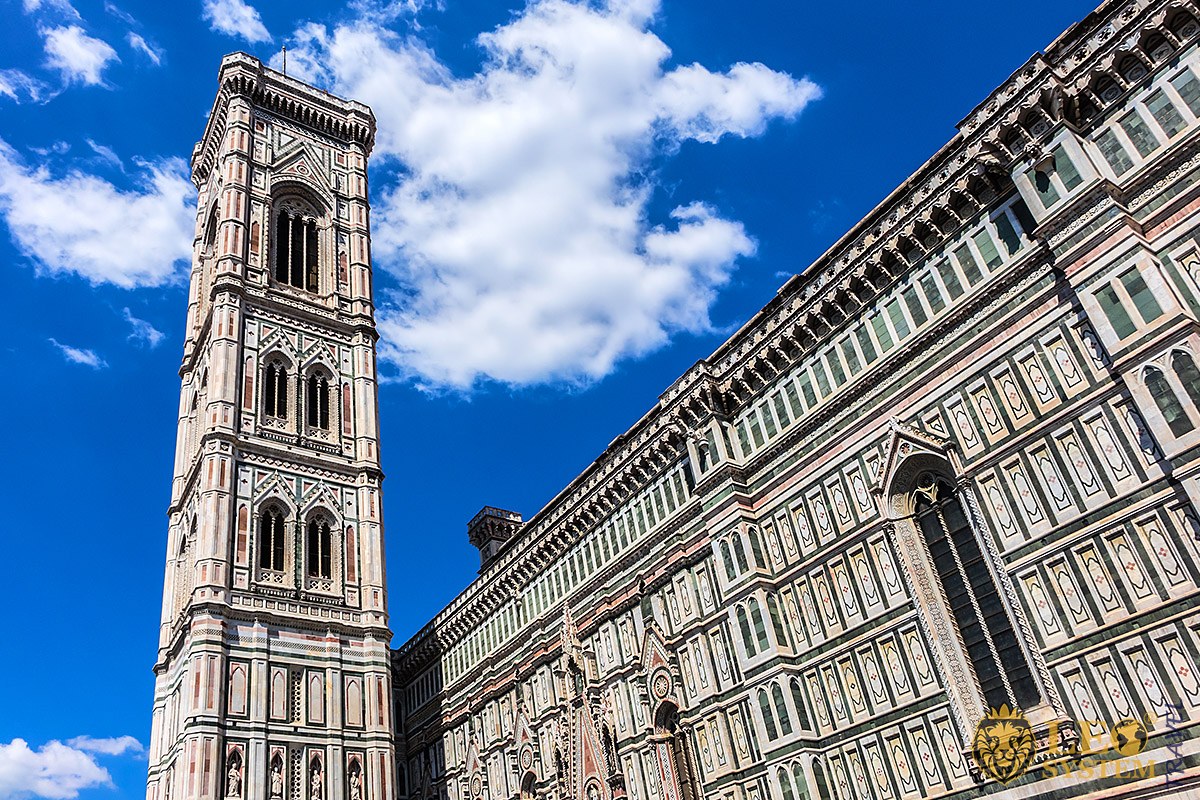 This is a remaining piece of Gothic architecture, split into five distinct pieces with marble decoration, featuring green and pink colors. You can still climb all 414 steps in the tower for views of the Duomo and Florence. It was constructed from 1334 to 1359, and it is a miracle that it is still standing.

Giotto died in 1343 and the last level was added by Talenti. It is considered a true masterpiece of Renaissance architecture and art.

Climbing all the steps to the bell tower is quite a challenge, and you can visit with a Brunelleschi Pass, or once again just walk around outside and soak up the sun and the atmosphere. 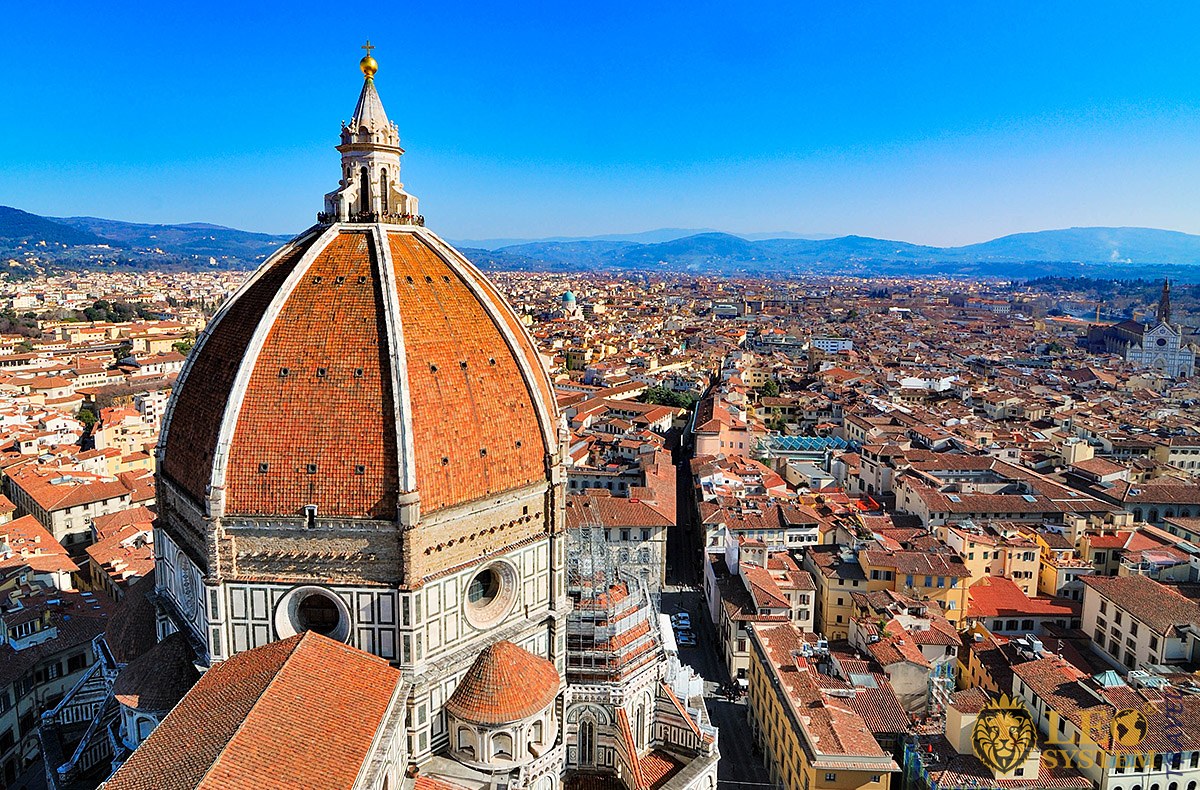 Cathedral of Santa Maria del Fiore appears to be attached to the Campanile and was completed in 1436. A domed Cathedral, it is extremely old and beautiful, visible from all over Florence. It is a magnificent structure and UNESCO has declared it one of the world’s best buildings.

You can see it from miles away, and the ancient architecture draws the eye. When visiting the Duomo, there is a strict dress code in all cathedrals in Italy, and it is important to cover your knees and shoulders, in some places, a head cover is also required, a lace mantilla will do.

While visiting churches walk to the Baptistery of Saint John (Battistero di San Giovanni) this is the oldest Church in Florence and was named for Saint John the Baptist, the patron saint of Florence. The Church dates back to the 4th century AD.

The Church is decorated with bronze doors and the East door leads into the Cathedral and is known as the Gates of Paradise. 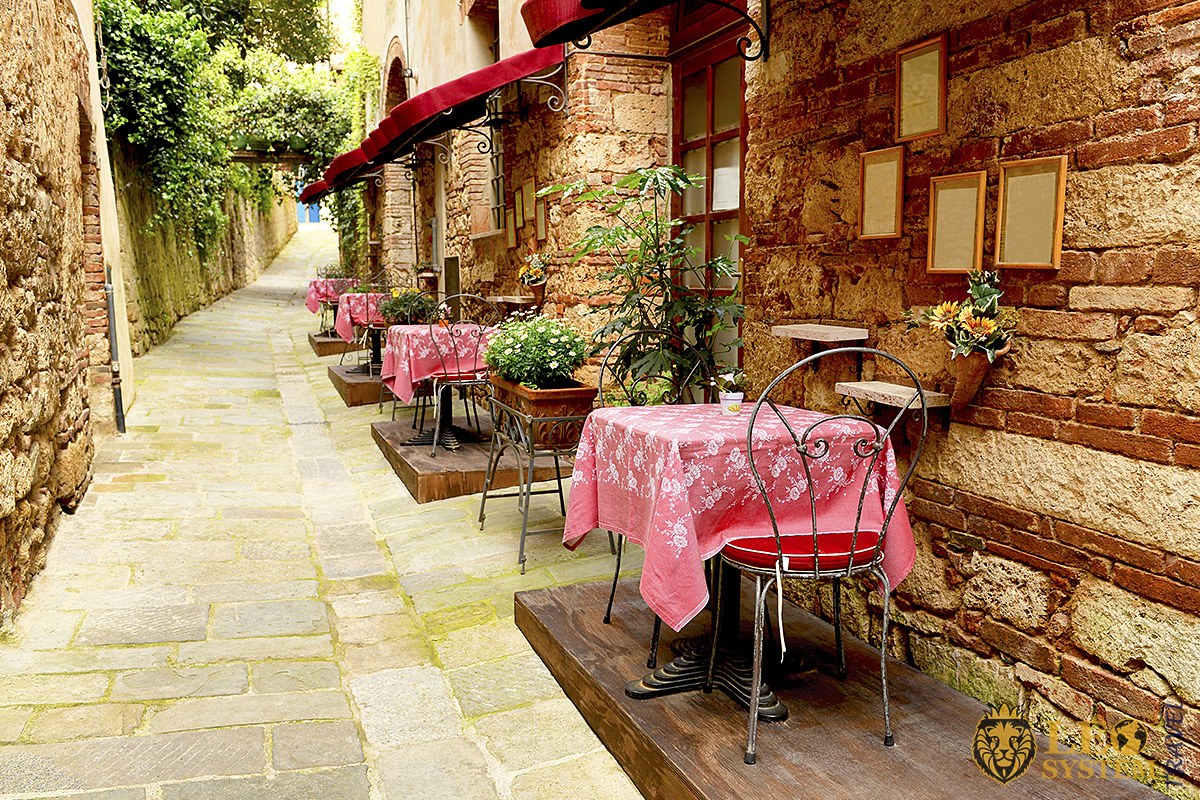 Florence is home to some of the best retail in Europe, and if the weather is not too hot, it is ideal for a walking tour. Stay at the Hotel Spadai and this enables the tourist to walk everywhere, the Duomo is only a short distance from the Hotel.

And everything is very central. If walking to the Duomo, the outside is much more impressive than the inside, so if unable to get in due to crowds just walk around the outside which is so beautiful. Restaurants change, and it is impossible to recommend the best places to eat, but the tour guides will know, as Florence is one of the food capitals of the world. While there, it is also one of the world’s best places to sample Gelato, especially in summer. 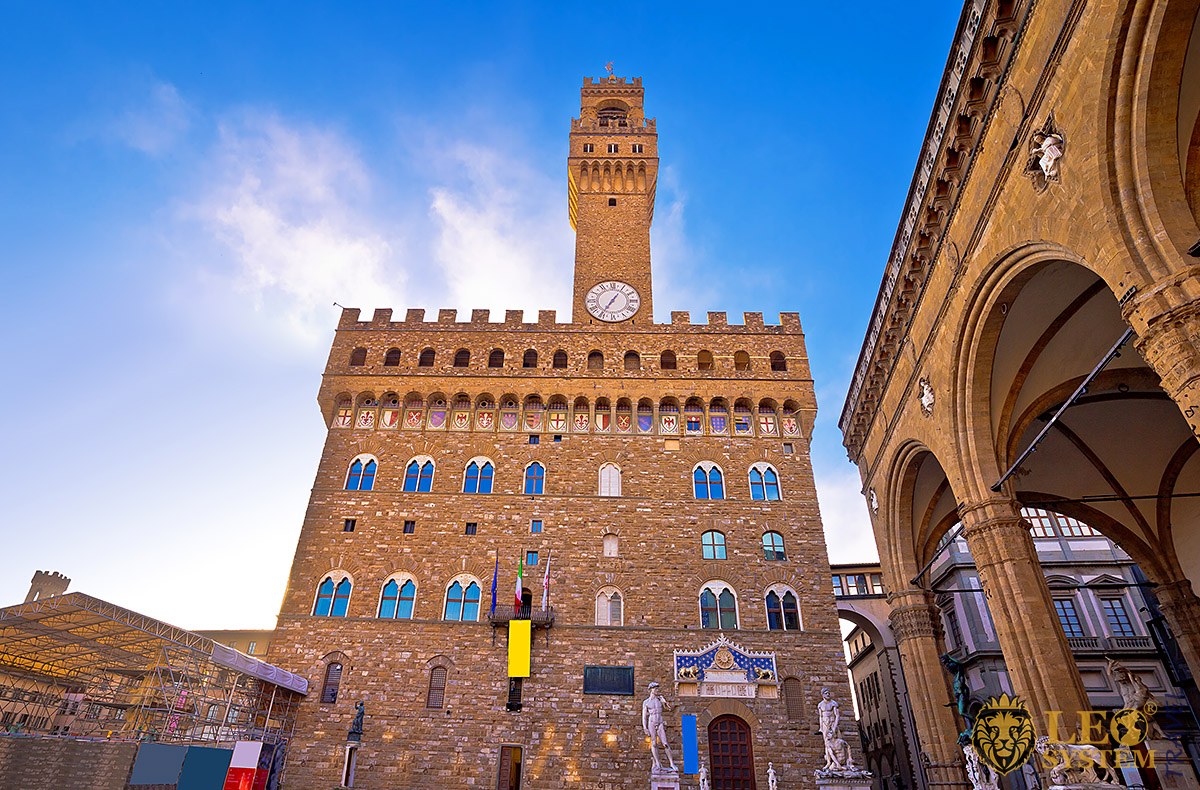 To see the amazing marble statues by Michelangelo. The Galleria dell Accademia has the statue of David, a marble figure standing 5.17 meters tall. Everyone wants to see this statue, so go there first at 08:00 before the crowds arrive.

A ticket can be booked online and go straight in. If on the first trip to Italy, it may help to book a tour with an art historian who will be highly informative on the topic of Michelangelo and his work. There are other works by Michelangelo in the museum and a tour is quite beneficial. Apart from Michelangelo’s sculptures, there are many Renaissance paintings to be seen. It is definitely worth spending a couple of hours there.

Florence is a place where we could stay for two weeks, however, if you prioritize and plan what to see in advance two days can cover most things of interest, as long as no time is spent resting, as there is so much to take in. There are so many fascinating sights of the city of Florence, Italy that haven’t been mentioned, and such an ancient city really needs more time. The city attracts millions of tourists each year, and no wonder UNESCO declared it a world heritage site.

Read the article: Trip To The Beautiful Island Of Elba, Tuscany, Italy 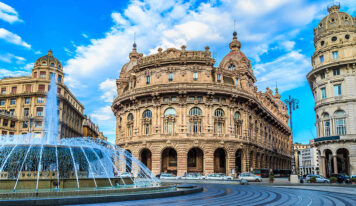