Home Italy Great Trip to the City of Genoa, Italy 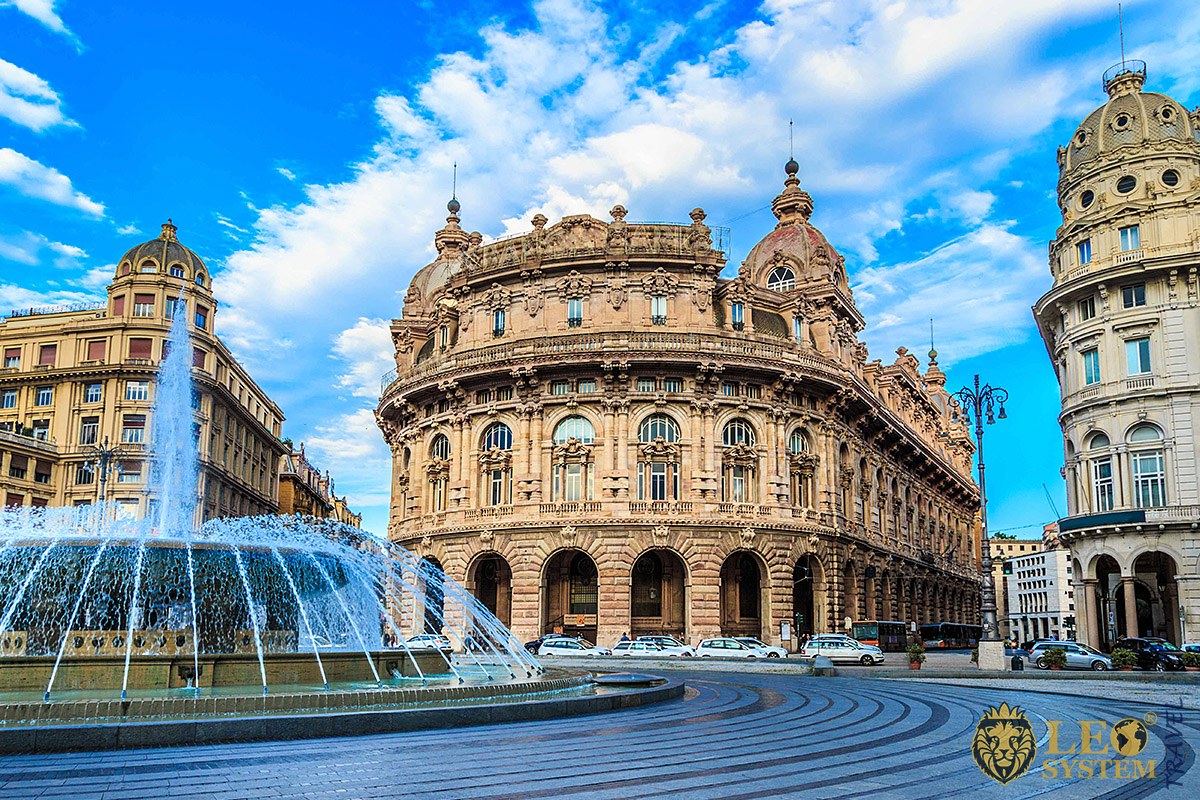 When planning a great trip to the City of Genoa, Italy, you will be visiting Italy’s Sixth-largest city with over 1.5 million people living in the greater metropolitan area that stretches along the length of the Italian Riviera. More than 590,000 people live in the administrative area of the city.

Genoa has been historically one of the most important ports on the Mediterranean, and in the old days played a leading role in commercial trading across Europe. Genoa is also home to the University of Genoa, dating back to the 15th century, when it was known as Genuense Athenaeum.

The ancient part of the city center has little narrow streets that the locals call Caruggi, this type of street with houses is found throughout the older areas of Europe and is usually too narrow to take a car, but is great for walking and riding a scooter.

The city has been inhabited since the fifth millennium BC and is consequently one of the oldest cities in the world. The Medieval old town is on top of a hill and is known as Castillo or Castle, and was originally a walled town. 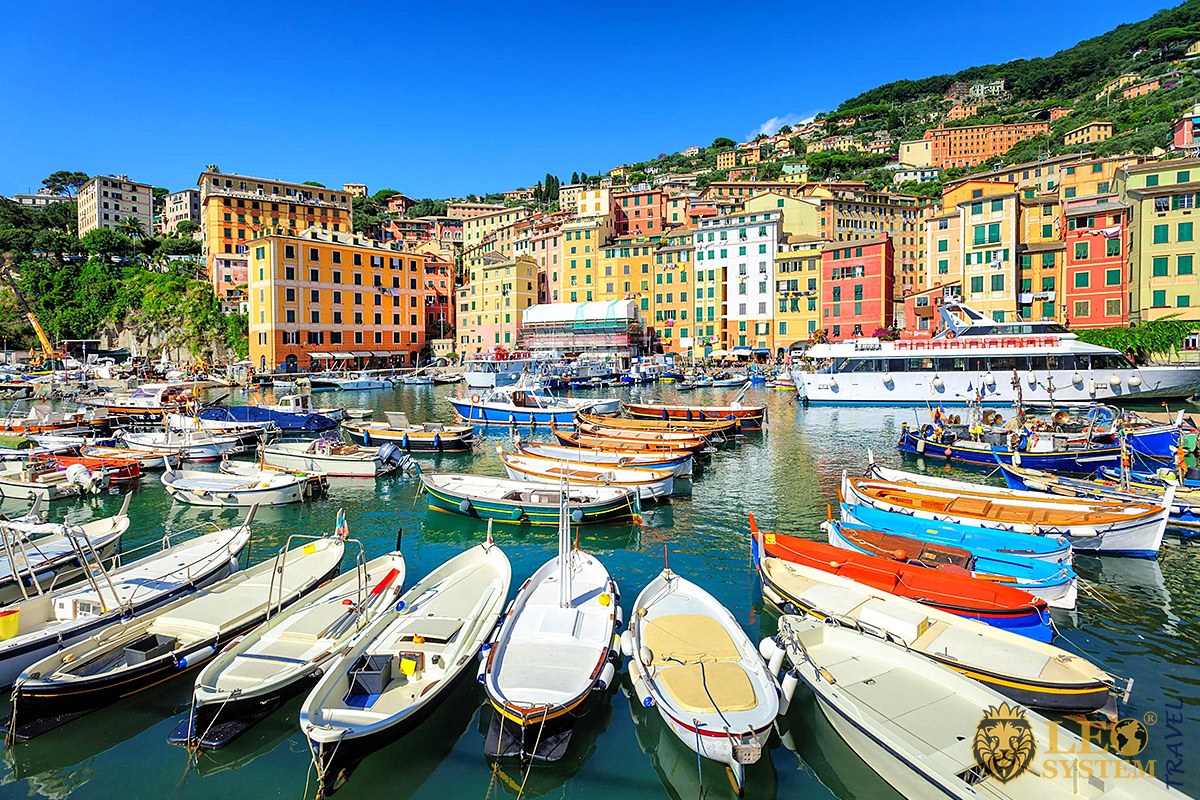 During the first Crusade, Genoa started to expand, there were further crusades over the next few centuries opening up new trading routes to the city.

By the 17th century, the Genoese Republic started a period of slow decline until the Convention of Turin was signed in 1742, at that time Austria allied with Sardinia causing some concern in the Republic. In 1745 Genoa declared war on the Kingdom of Sardinia and was ultimately forced to surrender.

On August 14th, 2018, the Pont Morandi motor vehicle viaduct collapsed during a rainstorm causing 48 deaths, and the bridge was ultimately demolished and replaced by a modern structure.

The city covers 243 square km between the Ligurian Sea and the Apennine Mountains. Near Genoa are several popular Tourist Vacation spots often seen on TV, these are Portofino, Camogli, and Aveto Natural Regional Park. Genoa has a humid subtropical climate. In summer, the temperature averages 19 degrees C a day. 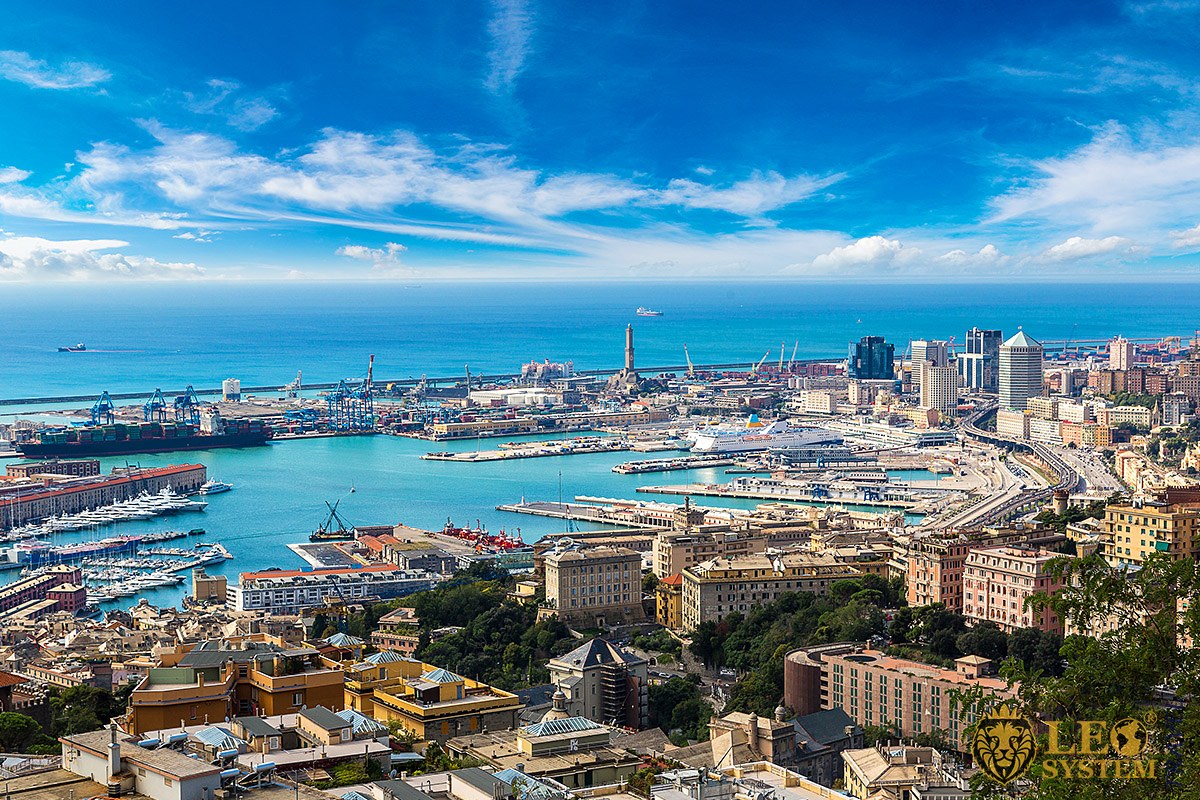 During summer, the Mediterranean Sea is warm and buoyant with salt, making it perfect for tourists to swim. When you travel to Genoa for a break, even in winter you will expect about 4 hours of sunshine per day, making it an ideal place to holiday all year round. Rainfall occurs mainly during Autumn, but it is not a city that gets a lot of rain.

Palazzi dei Rolli and Museo di Palazzo Reale is included in the UNESCO World Heritage Site Genoa. The historic city center is full of narrow alleyways. Near here you will find the ancient seat of government Doge’s Palace and some lovely Baroque architecture, near the Via Garibaldi, you can see the scenic Belvedere Castello. 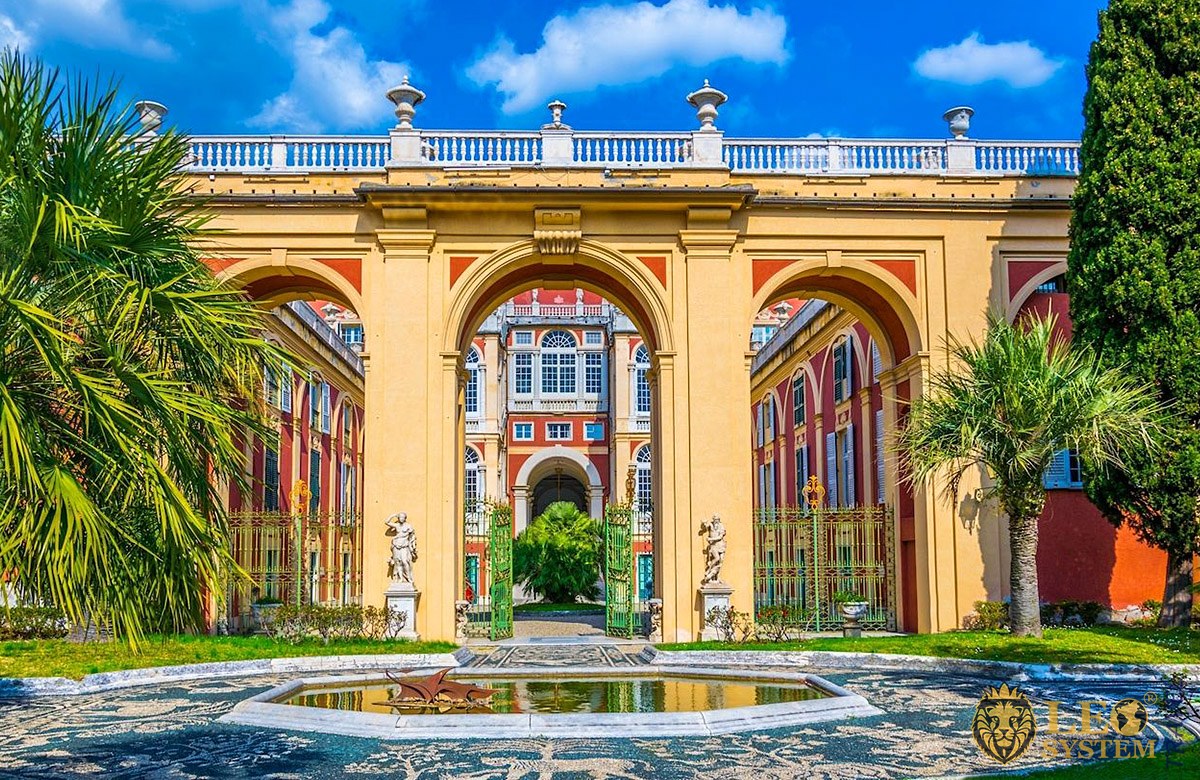 No great trip to the city of Genoa, Italy is complete without visiting the Circonvallazione a Monte which includes Corso Firenze, Corso Magenta, and Corso Armellini. The San Lorenzo cathedral has a large portal and a dome designed by Galeazzo Alessi. There are lots of treasures in this ancient place.

Another tourist area is the ancient district by the sea Boccadasse, meaning the mouth of the donkey. Lots of multicolored boats bob on the harbor and a promenade runs along the Lido D’Albaro known for its ice cream. Continue along the promenade to Sturla.

Just beyond the city and included in the 21 miles of the coast are Nervi, the natural doorway to the Ligurian Riviera, and the area offers many attractions. The promenade is called Passeggiata Anita Garibaldi, a park covered in lush vegetation. There are various museums in this district. 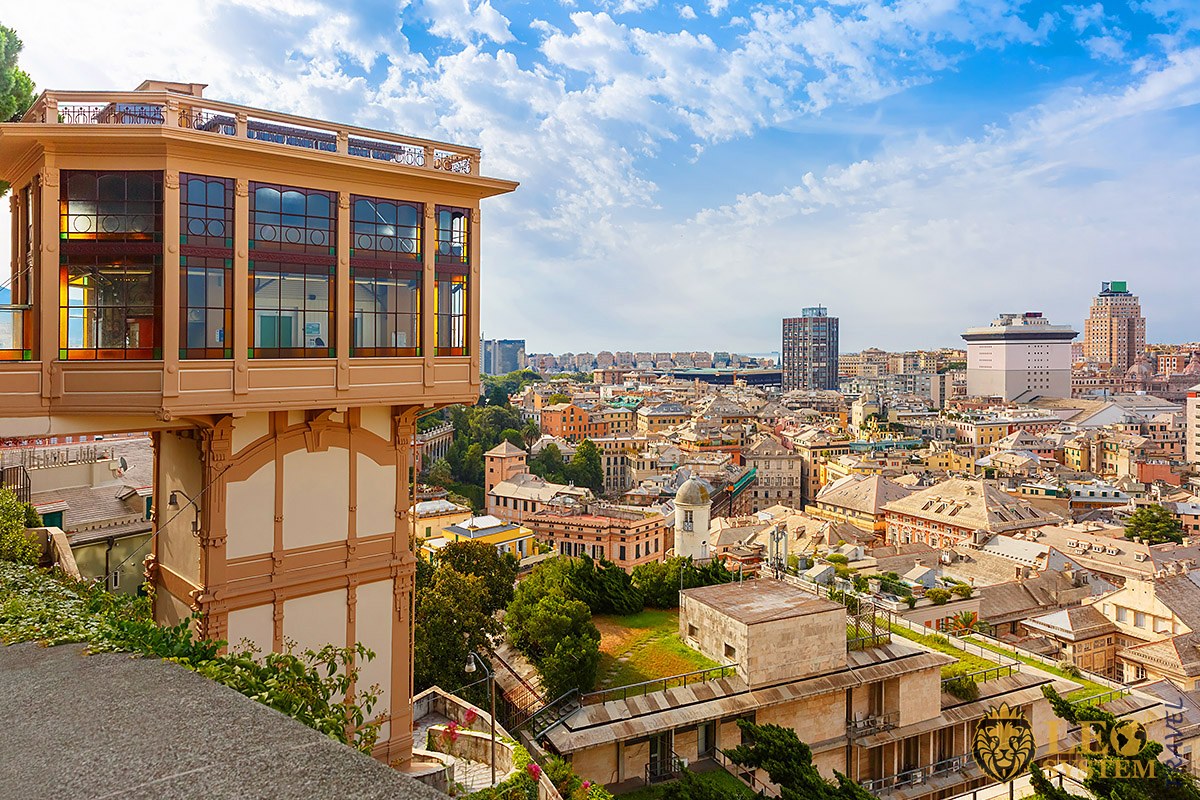 Genoa has been partially rebuilt to restore the green areas of the city, and the relatively new Aquarium is a popular spot for tourists.

Renzo Piano the well-known architect created a sphere of metal and glass to install in the harbor water of the port, not far from the aquarium and this area is popular with tourists and children. Renzo Piano went on to design the Punta Nave base of the Renzo Piano Workshop.

The Matitone is a skyscraper in the shape of a pencil that lies beside some Tower buildings or WTC towers, the heart of the San Benigno development. There are lots of churches and cathedrals in this area, and it is hard to name them all, many are built in Romanesque style. 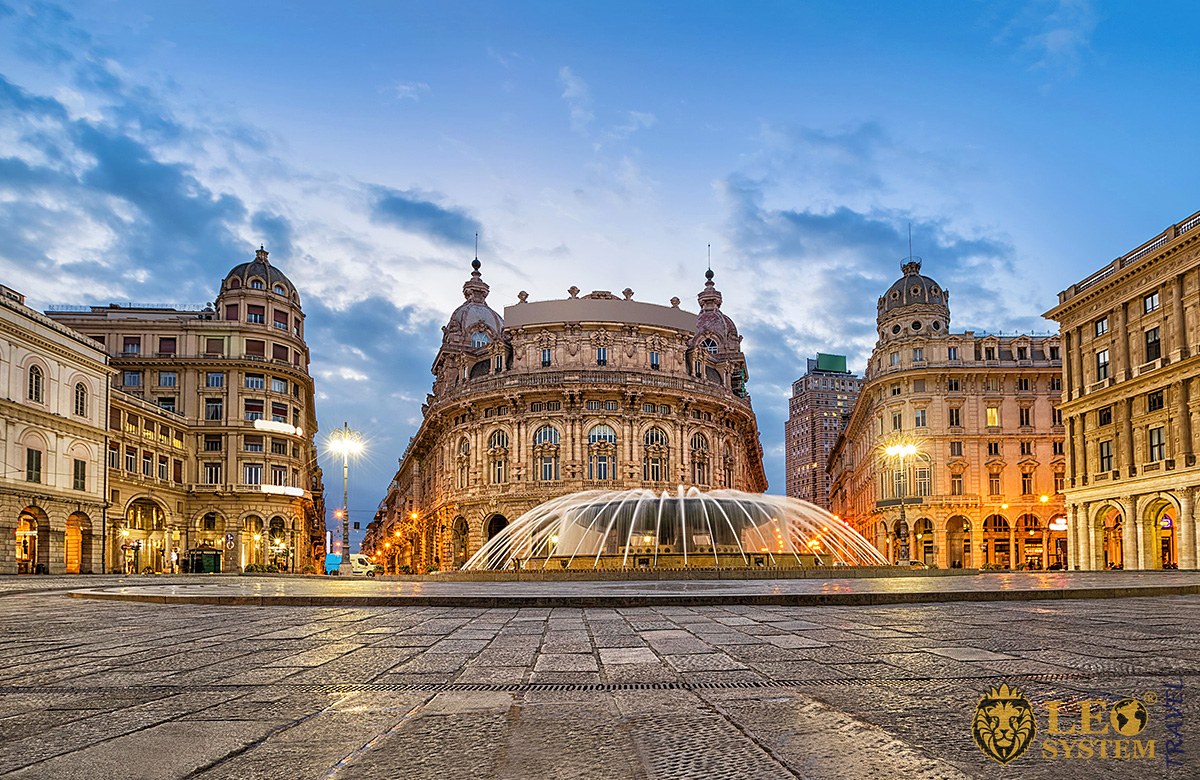 The stations of the cross are delineated along the brick pathway to the Church. Several Popes were born in Genoa, and others came from Genoese families. When visiting a Church as a tourist in Italy, you are visiting a strictly Catholic Country and for women, this means covering your head and upper arms before entering.

Culturally, other differences include an afternoon Siesta, or rest after lunch when in most Mediterranean Countries the shops shut for two hours for lunch as dinner is later at night than at home. During the long hot summer, dinner is often at 9 p.m. or later when whole families meet up, including children.

If you hire a car in Italy, the good news is they drive on the same side of the road as at home. However, there is a lot of traffic, and some road rules can be confusing. 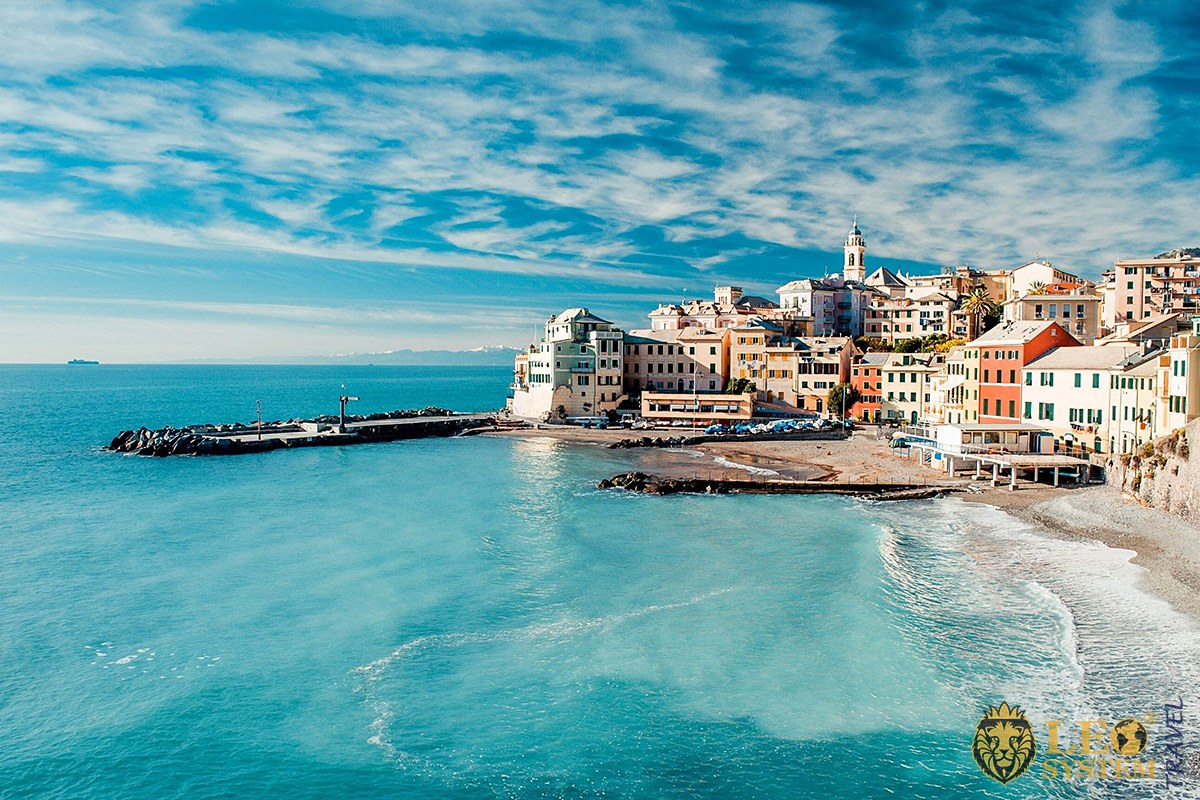 In 2004 Genoa was designated as the European Capital of Culture, along with a French city. This was good publicity and tourism boomed, leading activist Beppe Grillo to found the 5 Star Movement.

Spending time in Italy is always interesting, and Genoa is no exception. The lure of the nearby Italian Riviera can’t be overestimated, and you need to be in peak walking condition when you visit Positano to climb back up.

A lovely way to see the ancient cities on the cliffs is to go on a cruise, which saves the climb. In Genoa, you will need several days to walk around the city and see the sites.

Read the article: Magnificent Trip To The City Of Turin, Italy