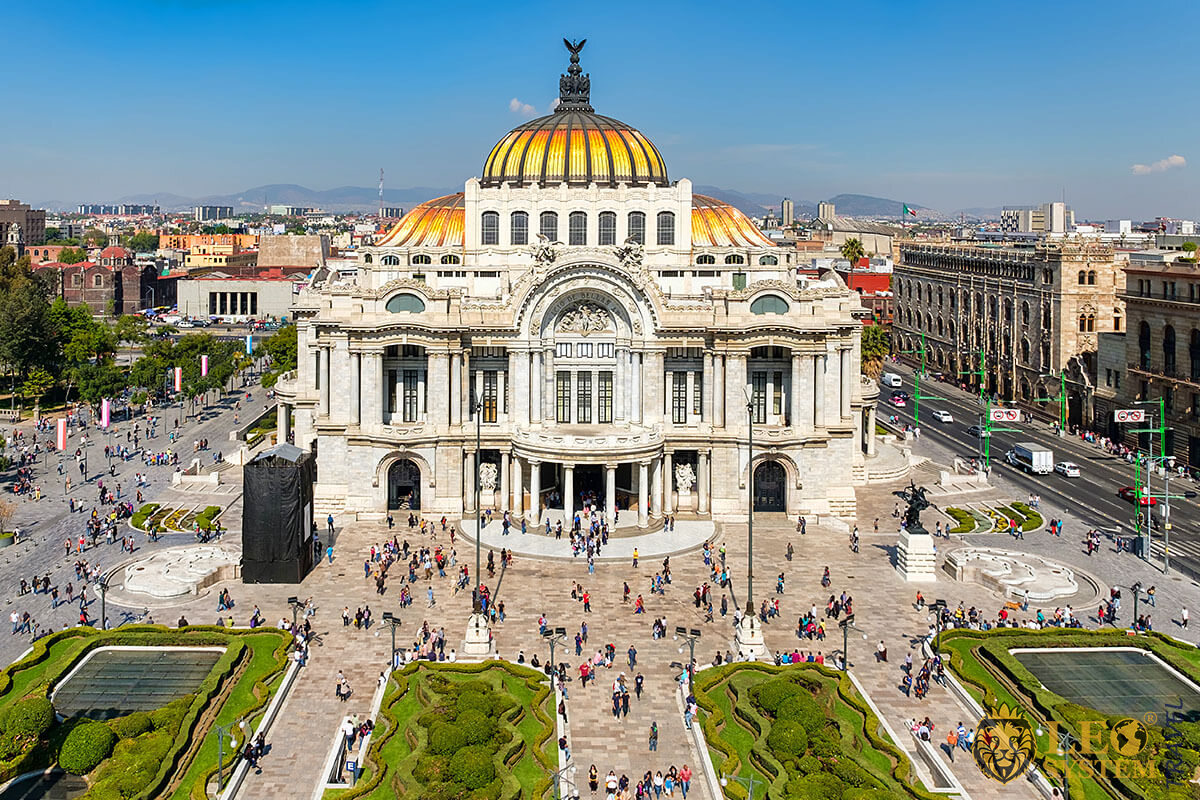 Contribution of Religion to Mexican Culture.

A great deal of Mexican culture revolves around the Catholic Church and religious values. The family is also a strong influence, and the church combined with the family is the pivot on what other things hang. 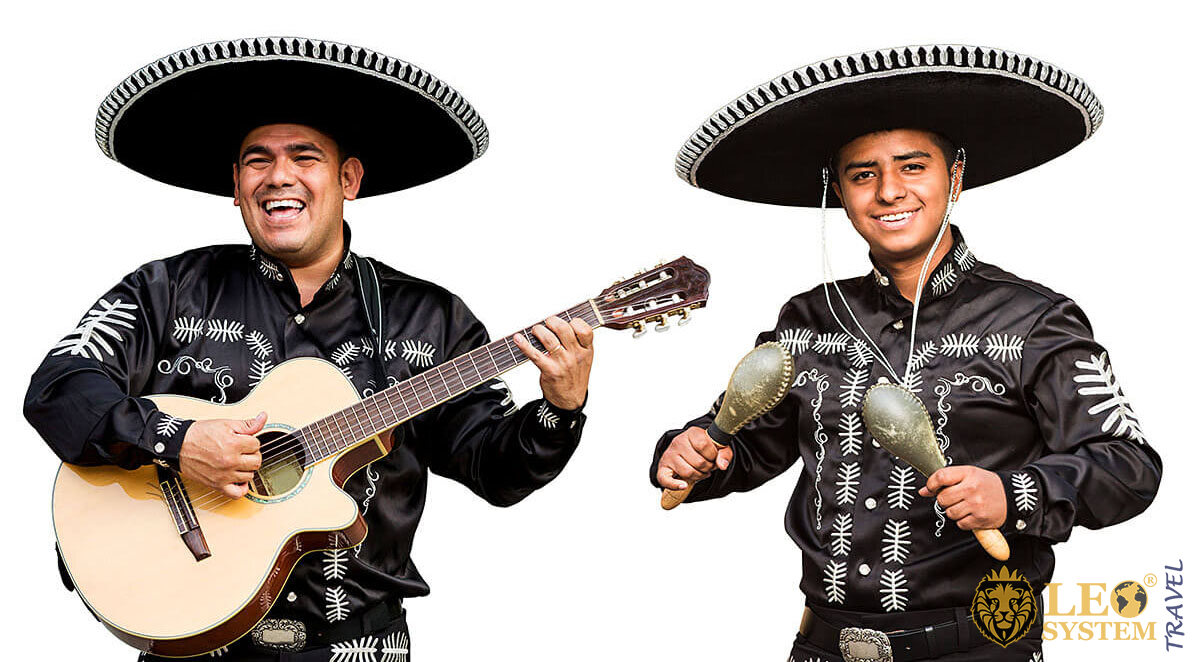 Around 83% of Mexicans define themselves as Catholic. Many of these Catholics have merged aspects of historic Mayan culture in their religion. Many traditional celebrations are based around religious festivals.

Family is powerful in Mexican society, especially in rural areas. Families are typically large and have a clear structure that influences their lives. Mexicans believe they have responsibilities towards their immediate family.

Extended families are also much closer than in Anglo-Saxon countries like the USA and UK. There is a strong connection between family members in day to day life. Parents in particular and older people, in general, are treated with respect.

Mexicans are not restricted to who they can marry. But tradition has a role, and there is societal pressure to marry with the same class and ethnicity. Couples usually have an engagement of several years. In 1995, the average man married at twenty-four years, and the average female at twenty-two years.

The legal minimum age for marriage is 18, but if parental consent is given, girls can marry at 14, and boys can marry at 16. Marriage has a civil registration and a religious marriage ceremony. Divorce is at just 6.5% and is an easy process legally. However, there is substantial social pressure against divorce.

There is no “official” language, although the reality is that the most widely spoken language is Spanish. Different languages are spoken at a regional and local level. In fact, there are 62 languages recognized in the country. 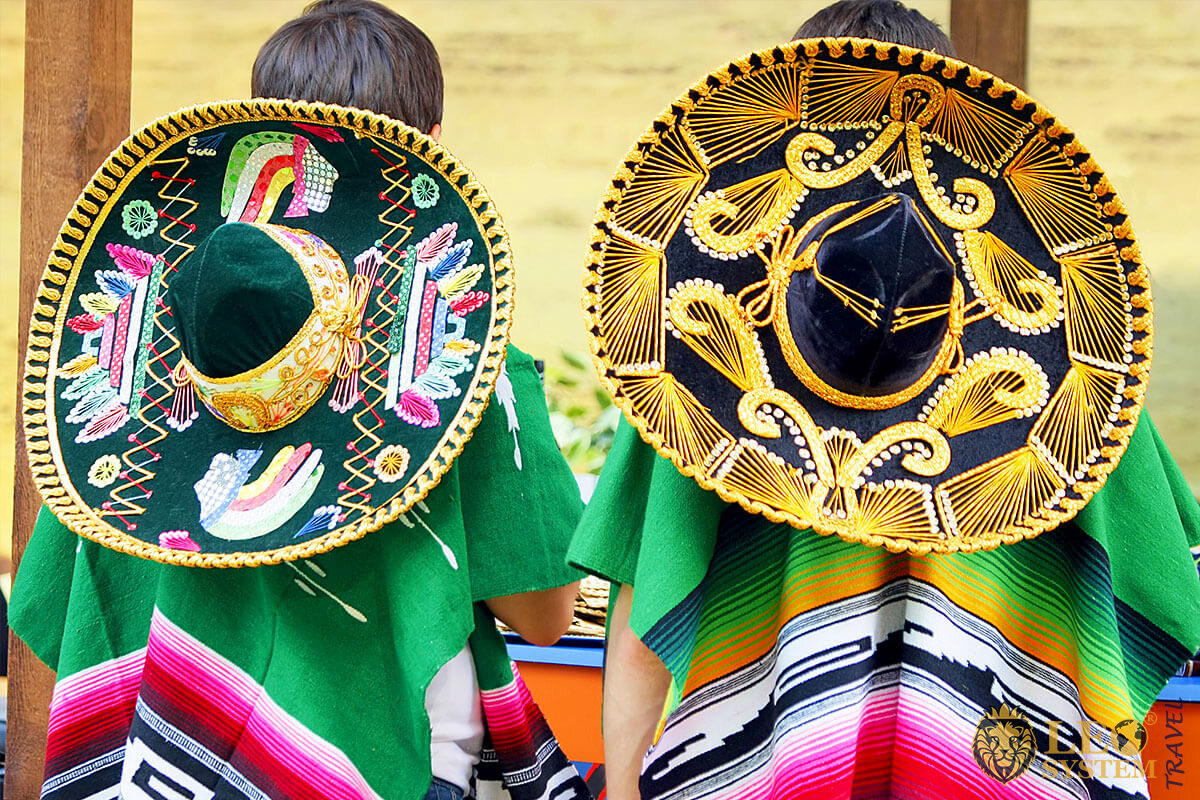 In Mexico, there are 5.5 million people speaking an indigenous language. However, there are a lot of bilingual people who also understand Spanish. People also very much relate to the people within their locality and region, with stereotyping of other groups.

Day of the Dead.

Day of the Dead is celebrated on 02 November, and it is slightly in tune with the Catholic Church’s All Souls Day, which takes place on the same day. 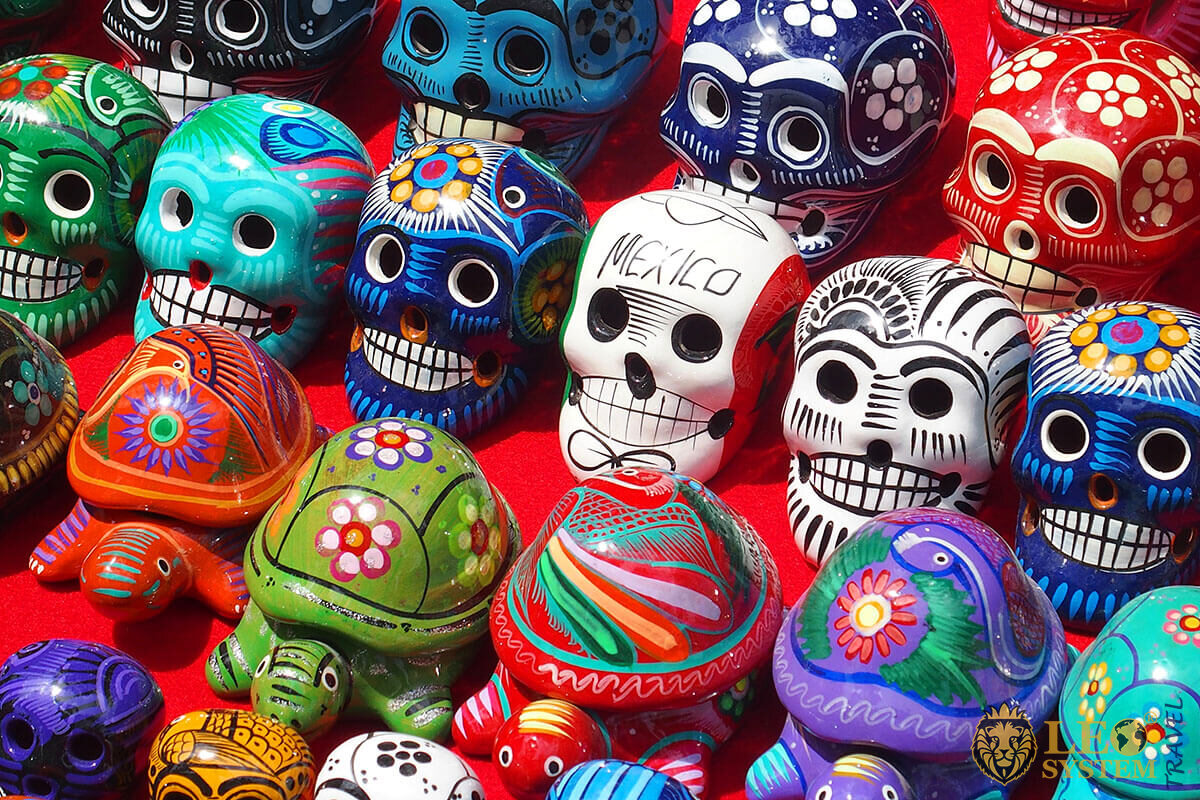 As the Day of the Dead approaches, Mexican families build intricate, colorful altars in their house which are dedicated to a loved one who has passed on.

The altars decked with the deceased person’s favorite food and drink and yellow and purple flowers.

The belief behind this tradition is that the recently deceased has been in spiritual purgatory and will return home on November 1st, which is the Night of the Dead.

Traditions and customs of Mexico have an effect on Christmas. Christmas is also given a Mexican makeover. Christmas does not mention Santa Claus very much, and Mexican children do not traditionally wake up on Christmas morning to get Christmas presents. 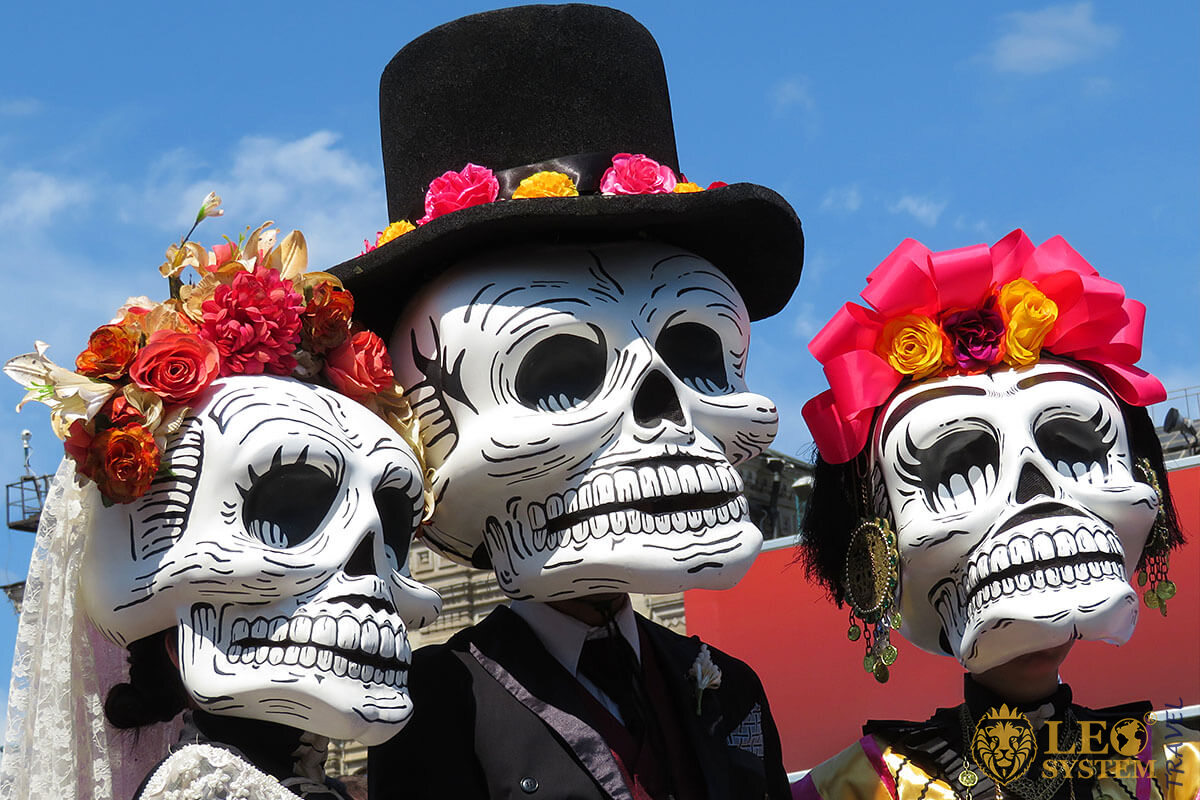 Las Posadas is a reenactment of when Mary & Joseph arrived in Bethlehem. A man and woman, sometimes a boy and girl, are chosen to play Mary & Joseph, Dressed up in full costume they knock on three doors in the village/community and ask if there is room at the inn.

Once they have been turned away three times, the community gets together for pozole and Mexican hot chocolate; It’s such fun that they will often repeat the process a couple of times.

A lot of Americans get very confused about this and seem to think that Cinco de Mayo (5th May) is Mexican Independence Day. 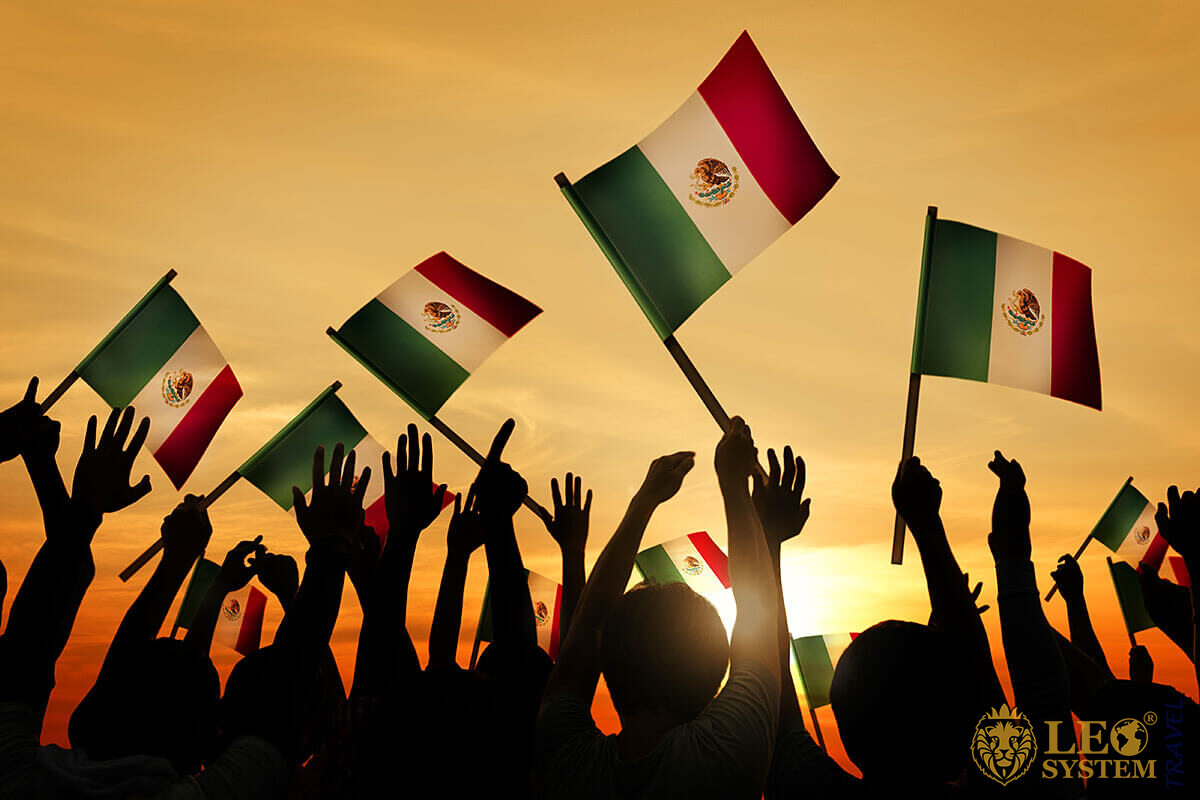 Quinceañera is a significant event in a Mexican family. It is a celebration of a young lady’s transition from childhood to womanhood at the age of 15. There is often a mass at the girl’s church, and throughout the day, the girl is attended by her maids of honor (damas). And Chamberlains (chambelánes). The whole family takes part in the party, and there are food and dancing.

The food at ceremonial Occasions.

There are quite a few special occasions in Mexico where particular meals are served.

A famous religious fiesta is the Día de la Candelaria (Candlemas) on 2 February. This occasion celebrates the purification of Mary and the presentation and blessing of baby Jesus. 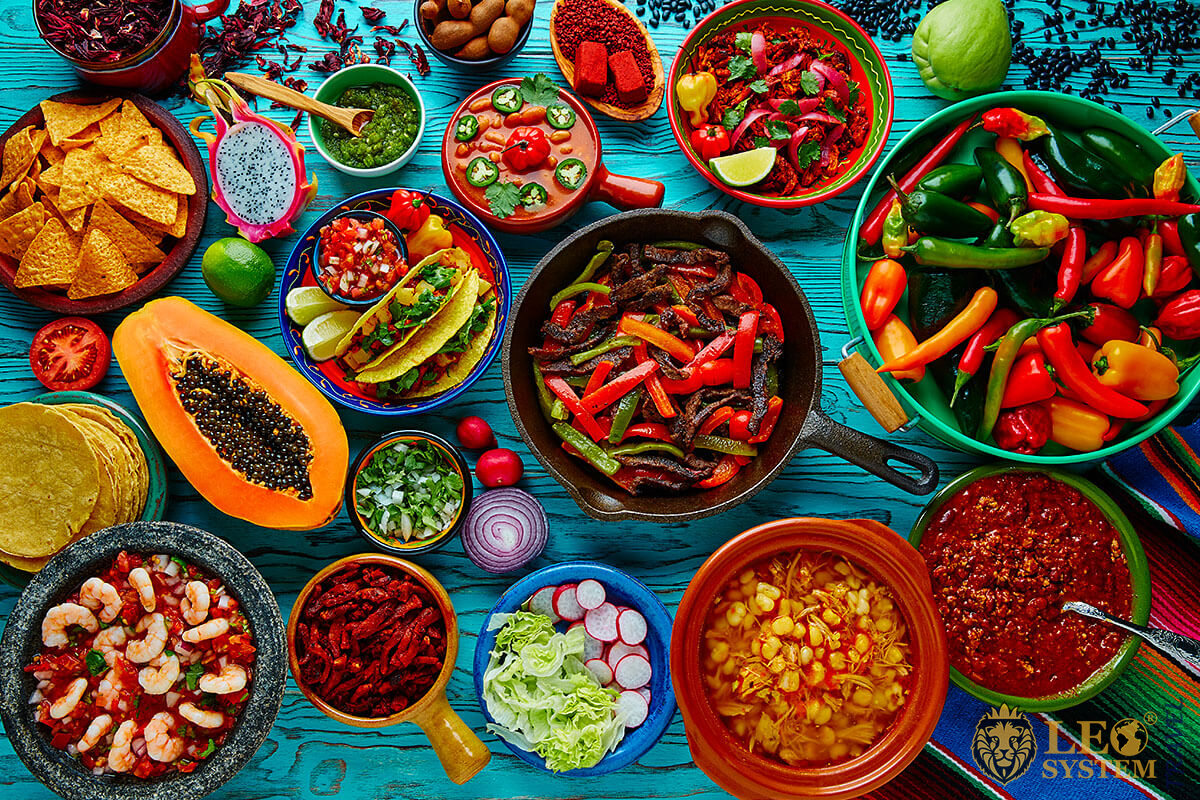 First of all, family members attend mass, after which they gather with close friends and family for Tamales. Tamales are made from Masa (corn dough) and a filling.

These Tamales all wrapped in a banana leaf and steamed. Once steamed, the masa becomes much firmer, and the Tamale is unwrapped and eaten from the hand.

Day of the Dead.

At this festival, the people will eat pan de Muerto (Bread of the dead). This is a long flat sweet bread containing lots of eggs and sugar.

At Christmas people will eat Romeritos. This is a plant that is very much like Rosemary, which is served with sauce, potatoes, and dried codfish, which is cooked in a sauce made of tomato, olive, and onions. They will also eat stuffed Turkey.

In September, a popular dish for the celebration is Chile en nogada, which is a stuffed Chile poblano. This is dressed in pomegranate, green parsley, and white walnut sauce. This represents the Mexican flag. 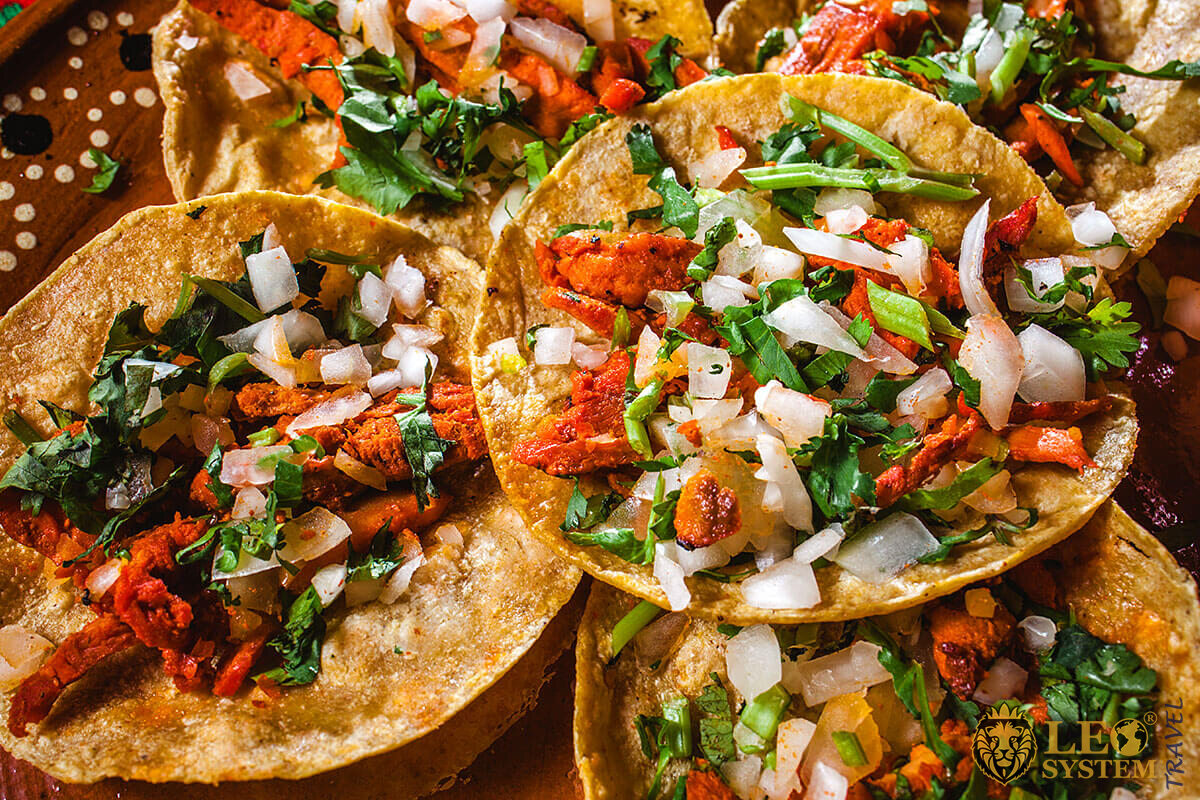 The large families are a result of Catholic views on birth control, and the church influences the low divorce rate.

It is also the case that those who are not Catholic find themselves slightly socially isolated as a great deal of news is given at the church. 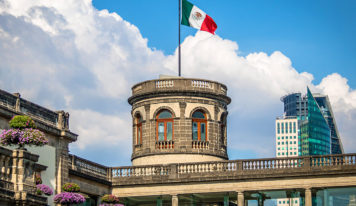