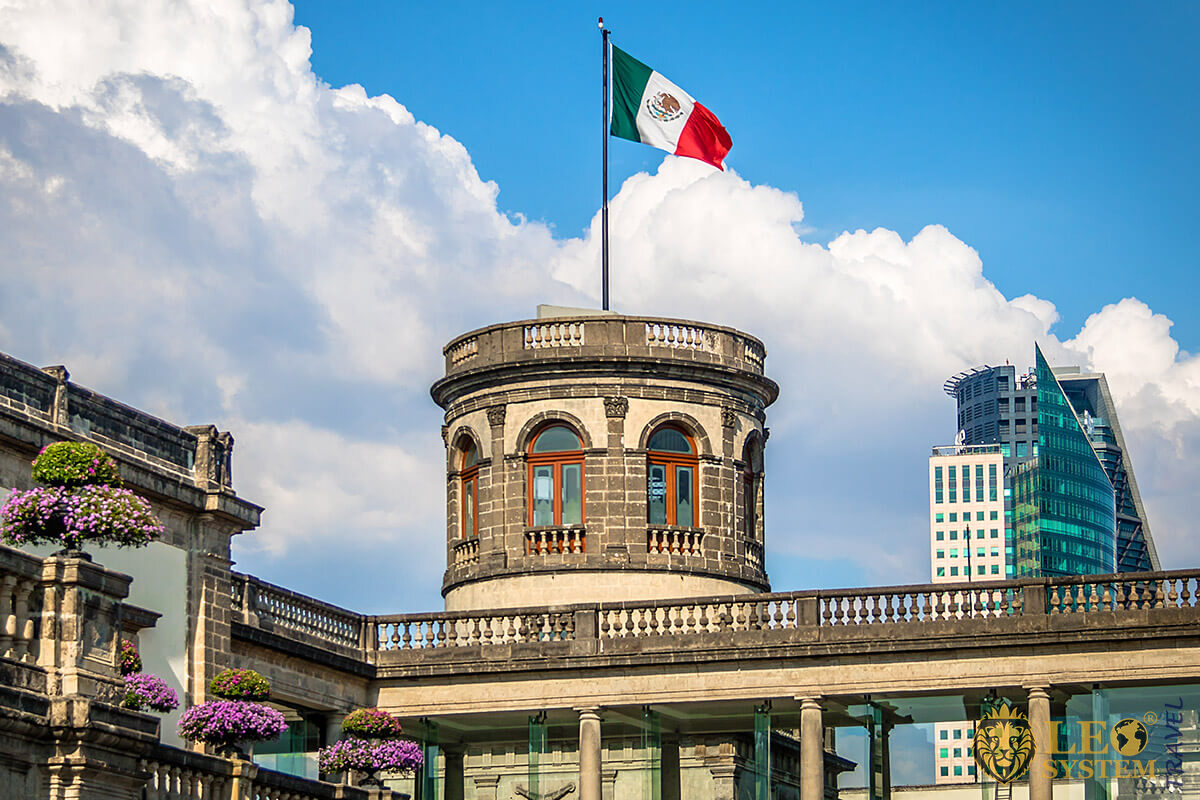 Mexico is the biggest and most populous Latin country in North America, worldwide the country is the 13th biggest in terms of land area and ranked tenth on the most populous charts.

Another interesting fact about the country is that it is also the most populous Spanish-speaking state with more native speakers than Spain where the language originates from.

In this top 10 largest cities in Mexico article, we are going to be telling you everything that you need to know about this massive country with many diverse groups of people, intriguing history and many different places to visit suitable for tourists that have all varieties of interests. 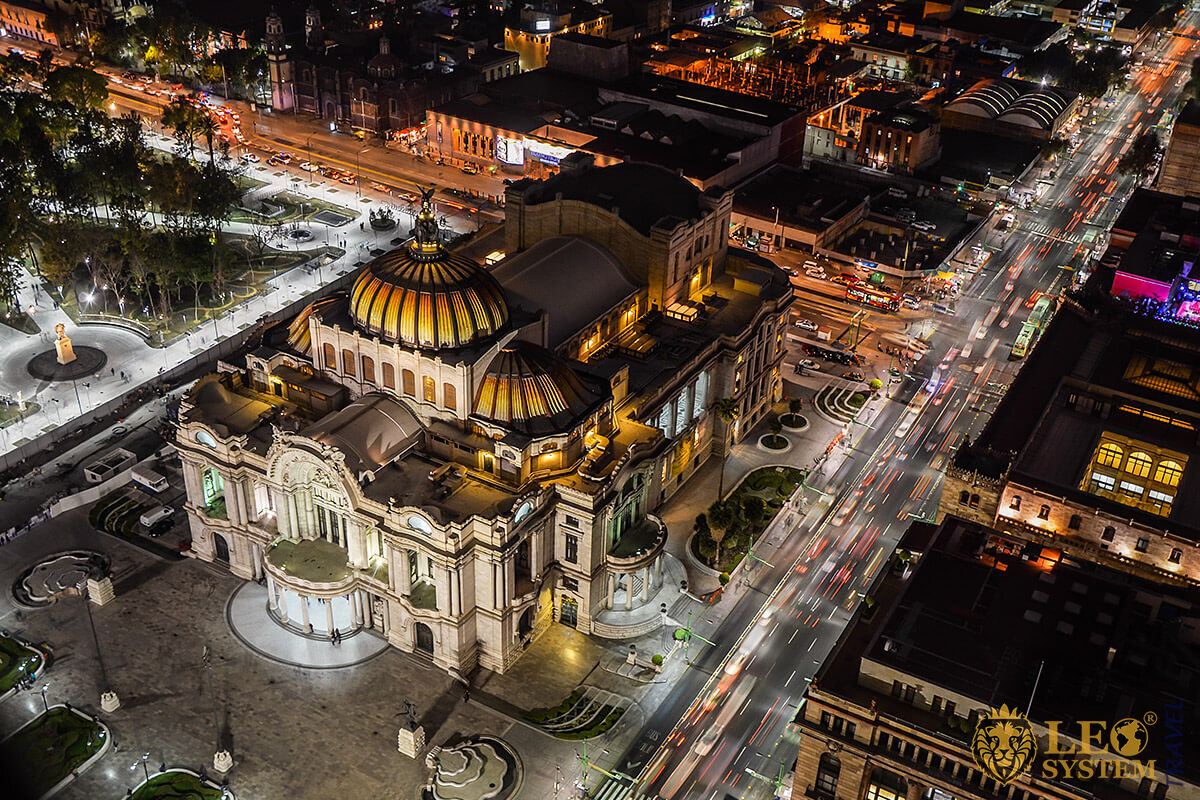 The reason for this is that when the city was taken over by the Spanish it was the center of the famous Aztec Empire which is also known as the Mexica Empire. Furthermore, Mexico City is located inside the Mexico valley which is a big complex of hills, mountains, and volcanoes that surround the Lake Texcoco. 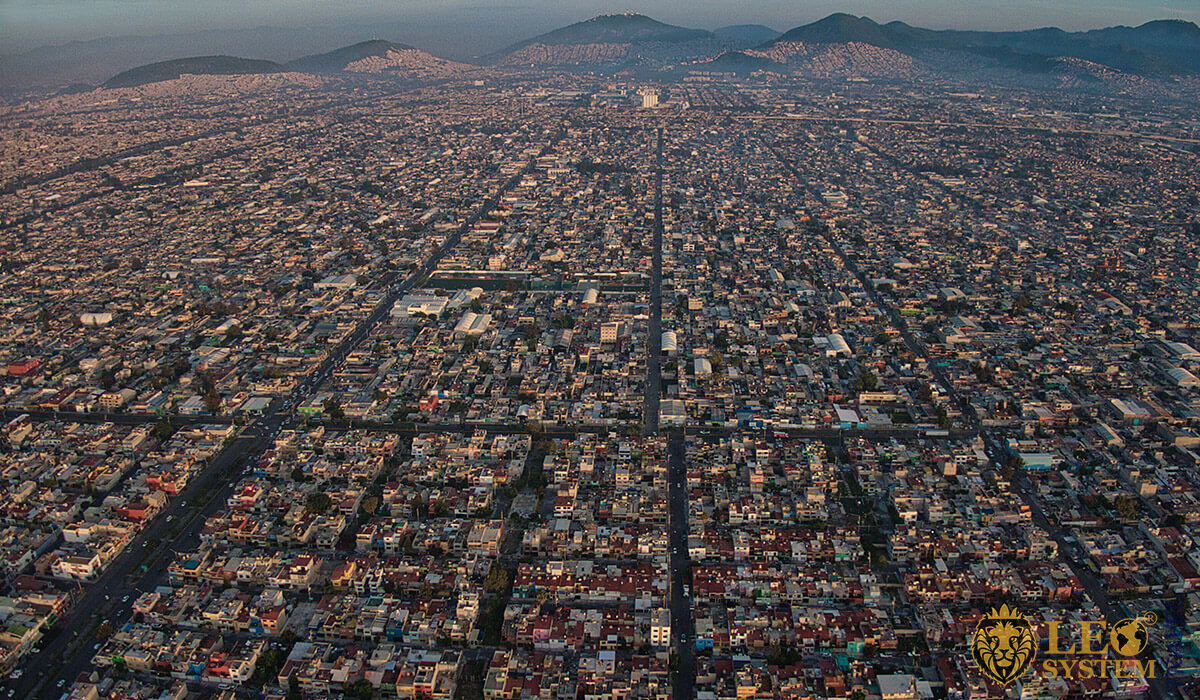 Population: 1.86 million. A city of over about two million inhabitants that borders north of Mexico City, the origin of the city’s name is from the indigenous Nahuatl language with the name ‘Ecatepec’ meaning ‘windy hill’ in the language.

The city is a popular destination for individuals that work in Mexico City due to how easy and quick the commute is thanks to the Mexico City metro being connected to the city of Ecatepec, it is very popular due to property, rent and living costs being much cheaper than in Mexican capital.

Ecatepec is very popular for its numerous bazaars where local market traders sell all kinds of goods that they have often made or produced themselves such as clothing, food, and souvenirs.

There are different kinds of markets, for example, some just host sellers which sell products such as fruit, vegetables, and animal products while there are others that are more tourist-focused where you can find more Mexico themed items and memorabilia. 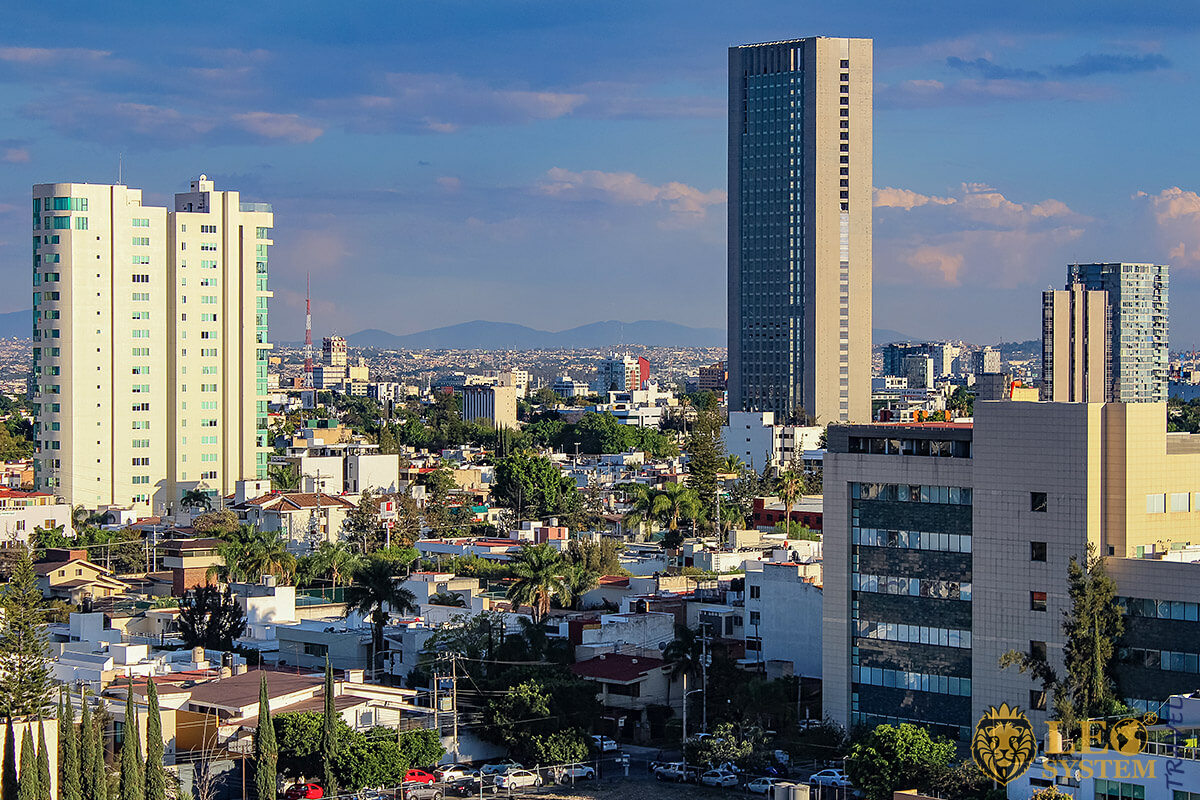 Population: 1.6 million. Located in the central-western region of Mexico, Guadalajara is also the capital of the Jalisco province. Guadalajara has a very rich agriculture history with the city being based around farming for centuries until the 19th century, however to this day, a large chunk of the industry within the city is focused on food and alcohol manufacturing.

Some traditional Mexican dishes from the city of Guadalajara include Birria which is a stew dish that is made using either lamb or goat meat along with rice, peppers and a vegetable salad, another popular meal hailing from this city is Torta Ahogada which is a spicy baguette sandwich and also Tacos de Barbacoa which is the Guadalajaran version of the taco which is one of the most popular takeaway meals in Mexico. 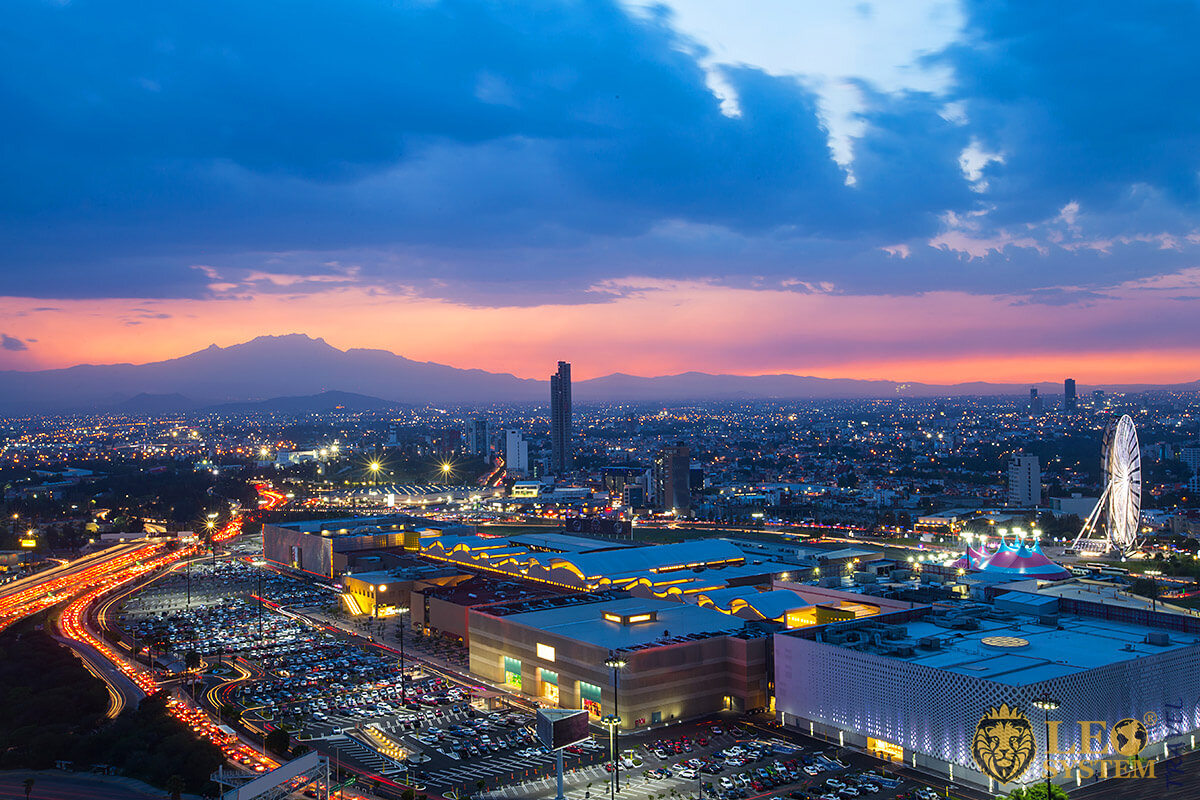 Population: 1.55 million. Puebla City is another city on this listicle that is located in the populous central region of Mexico, near the capital Mexico City. Puebla City in total is home to 3.2 million people when you include the metro area of the city.

This city was founded by the Spanish in 1530 when a Spanish bishop called Julian Garces wrote to the Queen of Spain about the need to found a settlement between Mexico City and the Veracruz port in order to ensure the stability of the Spanish colony in the region.

Notable people that come from Puebla City include pianist Enrique Andrés Muciño Castro who is a Mexican prodigy who by the age of 9 was winning piano competitions and also won a scholarship to the prestigious Sociedad Internacional de Valores de Arte Mexicano. 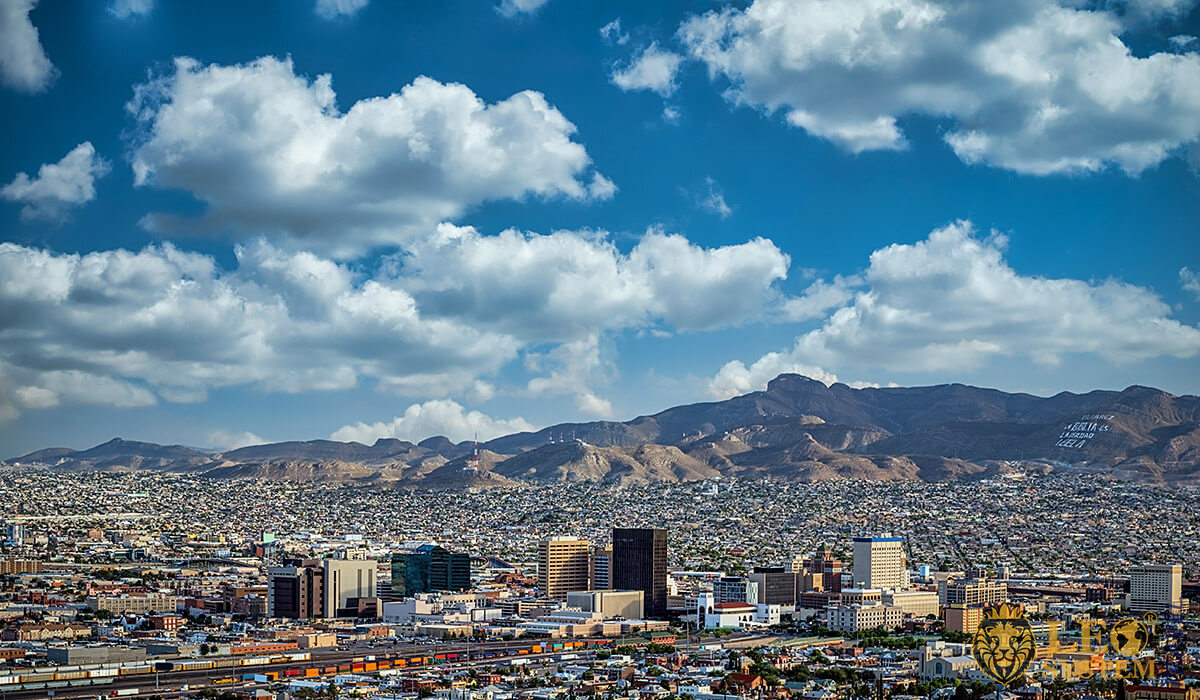 Population: 1.5 million. One of the most northernmost cities in Mexico that is located on the border with the United States, as well as being located on the Rio Grande River with the Texas City of El Paso on the other side of the river.

Ciudad Juárez is one of the fastest-growing industrial centers in Mexico thanks to a large part to manufacturing companies and carmakers relocating from the United States to the city in order to benefit from the much lower wages.

Ciudad Juárez is very popular with American tourists due to its proximity to the United States as well as the great transportation links to the country with four different bridges over the Rio Grande River allowing people to travel to and from the city with ease into the United States.

Some popular tourist attractions are the Cathedral of Ciudad Juárez which is dedicated to the Spanish saint known as the Virgin of Guadalupe. The Tumbleweed Interactive Space which is a prominent of science, Mexican art and local culture of Ciudad Juárez, and then you have the Museum of Revolution in the Borderland which is a history museum that covers the local history of Juárez and the overall Mexican Revolution in the 19th century. 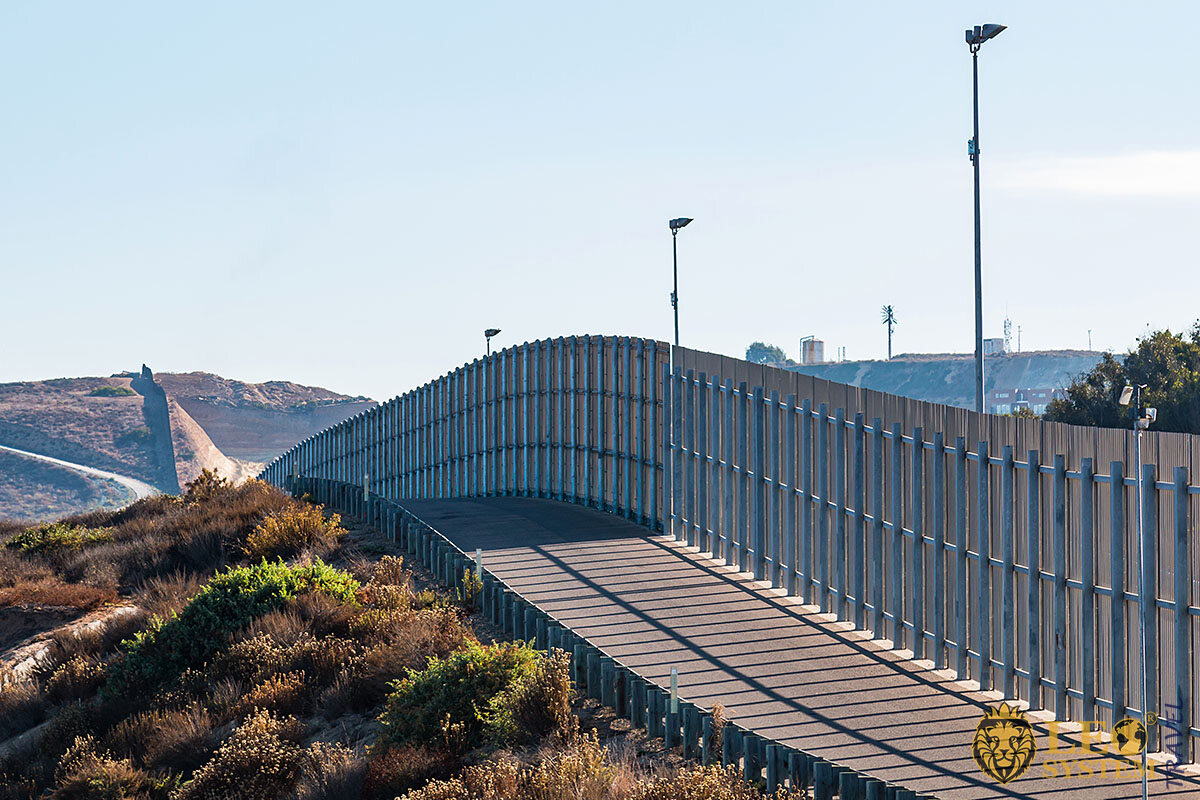 Population: 1.44 million. Another notable city we are going to include in this top 10 largest cities in Mexico article is Tijuana, which is another border city to the United States, located underneath the state of California.

The city is officially the most visited border city in the entire world with an estimated 50 million people visiting the city every single year which is thanks to the large Hispanic population living in California.

Compared to a lot of the other big cities in Mexico, Tijuana is a very new one having been officially founded in the year 1889 with multiple towns joining together to form the new city.

After the end of the Mexican-American war which saw major redrawing of the borders between the two countries with the area gaining newfound importance in Mexico, Tijuana is very popular for its nightlife and also its casinos and gambling parlors that attract millions of people mainly from Mexico and the United States every year. 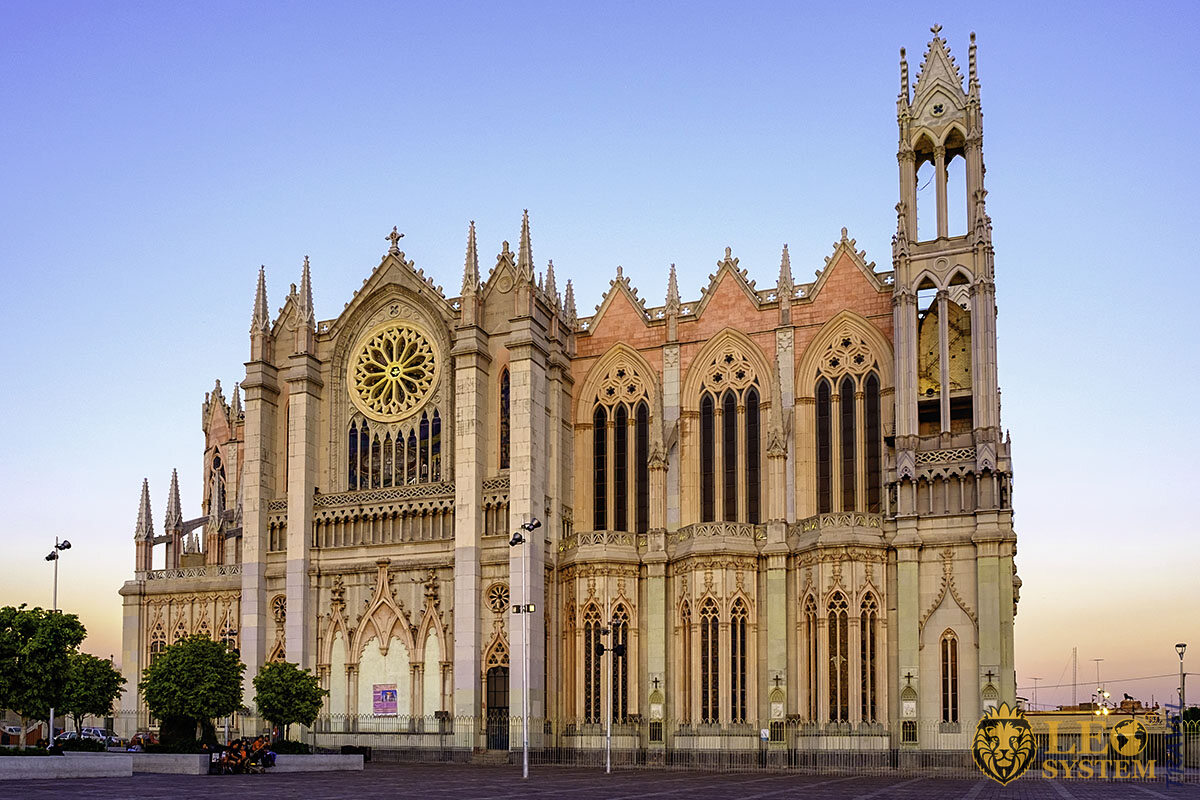 Population: 1.43 million. León is the capital of the state of Guanajuato, and home to about 2 million people, together with the surrounding territories, according to the latest census completed by the Mexican government.

The city is very famous for its leather industry which accommodates hundreds of local companies that produce various items of clothing such as shoes, belts, and jackets among others, the leather products from León being renowned for their high quality around Mexico and the rest of the world.

Additionally, León is known for being the most environmentally friendly Mexican cities, thanks to local government policies including the promotion of cycling with hundreds of cycling lanes built throughout the city.

Some open green spaces that are very popular with locals and international visitors include the León Zoo, the Explora Science Center which is a science museum popular for its interactive exhibits and also the Museum of Art and History of Guanajuato which is frequently rated as one of the most beautiful and modern art museums in Mexico. 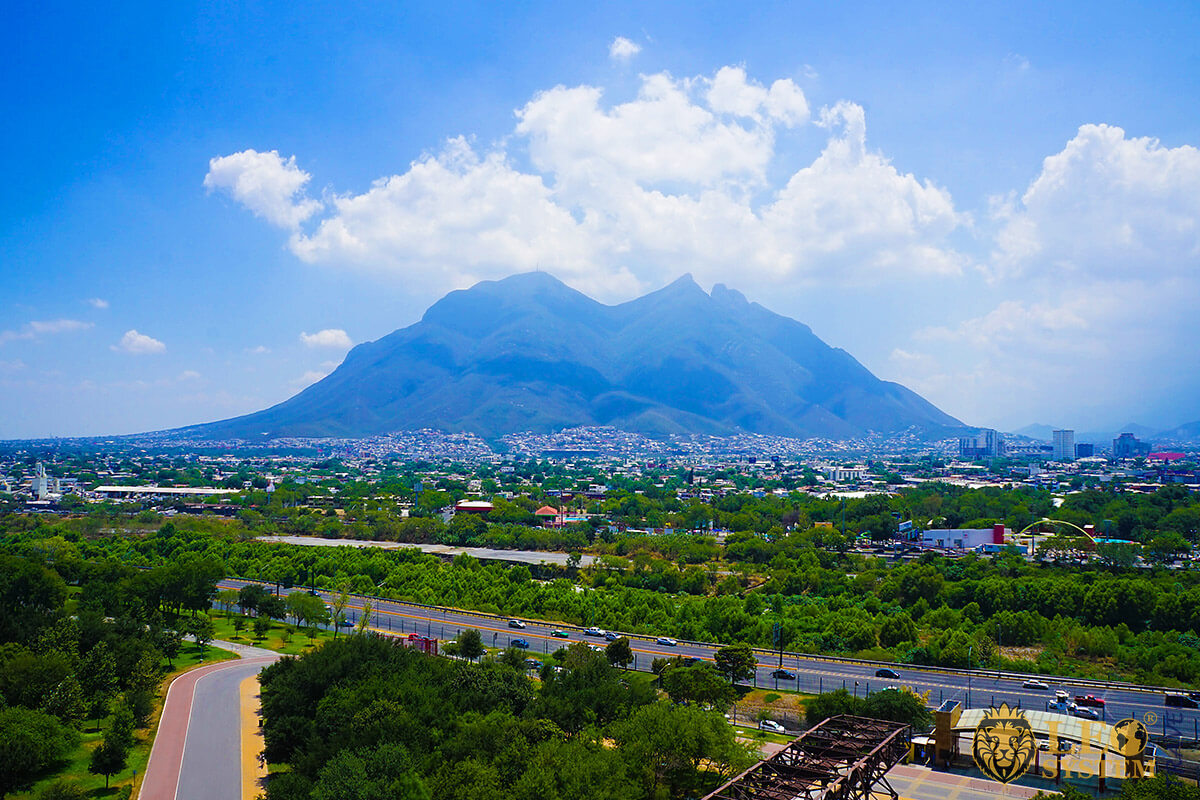 Population: 1.25 million. Monterrey is known for being the second-richest city in Mexico after the capital, Mexico City. The reason behind the city’s last wealth is primarily its location due to it being located close to the Mexico-United States border and also being the gateway to northwestern Mexico from the eastern coast that is connected to the Atlantic.

This makes it a great destination to visit and explore all year round without having to worry about uncomfortable weather conditions such as frequent rain and high humidity. 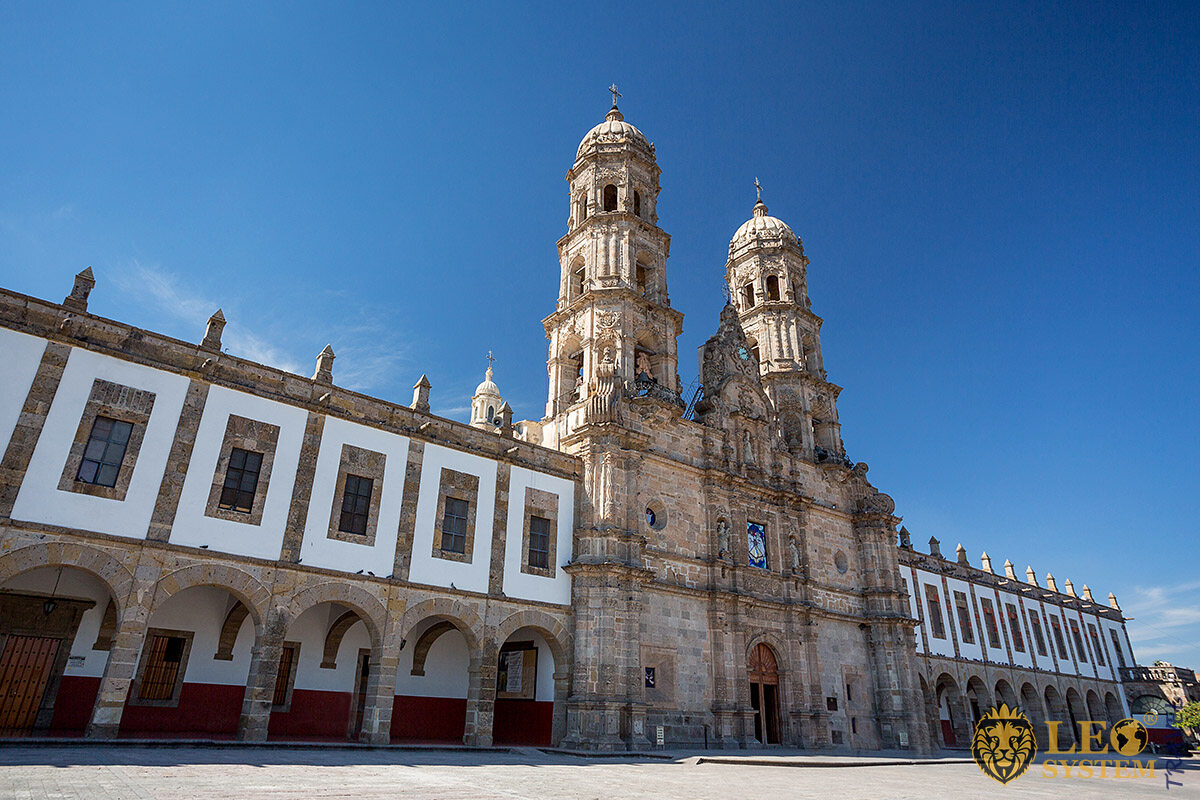 Population: 1.2 million. A city that carries a lot of importance in the Catholic world, due to it being the birthplace and home of the Virgin of Zapopan, with the city being blessed and recognized by Pope John Paul II. Furthermore, Zapopan is often nicknamed ‘Villa Exmaicera’ which translates to ‘ex-corn village’ due to the city being the biggest corn producer in Mexico and much of the Americas.

Zapopan has a very rich history, it was officially founded in the 12th centuries following the mass migration of various indigenous tribes such as the Zapotec, Mayans, and Nahua with the city having a population in the tens of thousands by the time the Spanish discovered which in those times was a very large population before being conquered in the year 1541.

One of the most visited landmarks in the city is the Basilica of Our Lady of Zapopan which was built during the 17th century and is home to the remains of the Virgin of Zapopan which is a holy relic.

But do not worry not all of the landmarks in this wonderful city are based around religion, for example, Zapopan is home to the Estadio Akron which is one of the most modern and biggest football stadiums in Mexico with a total capacity of 49,850. 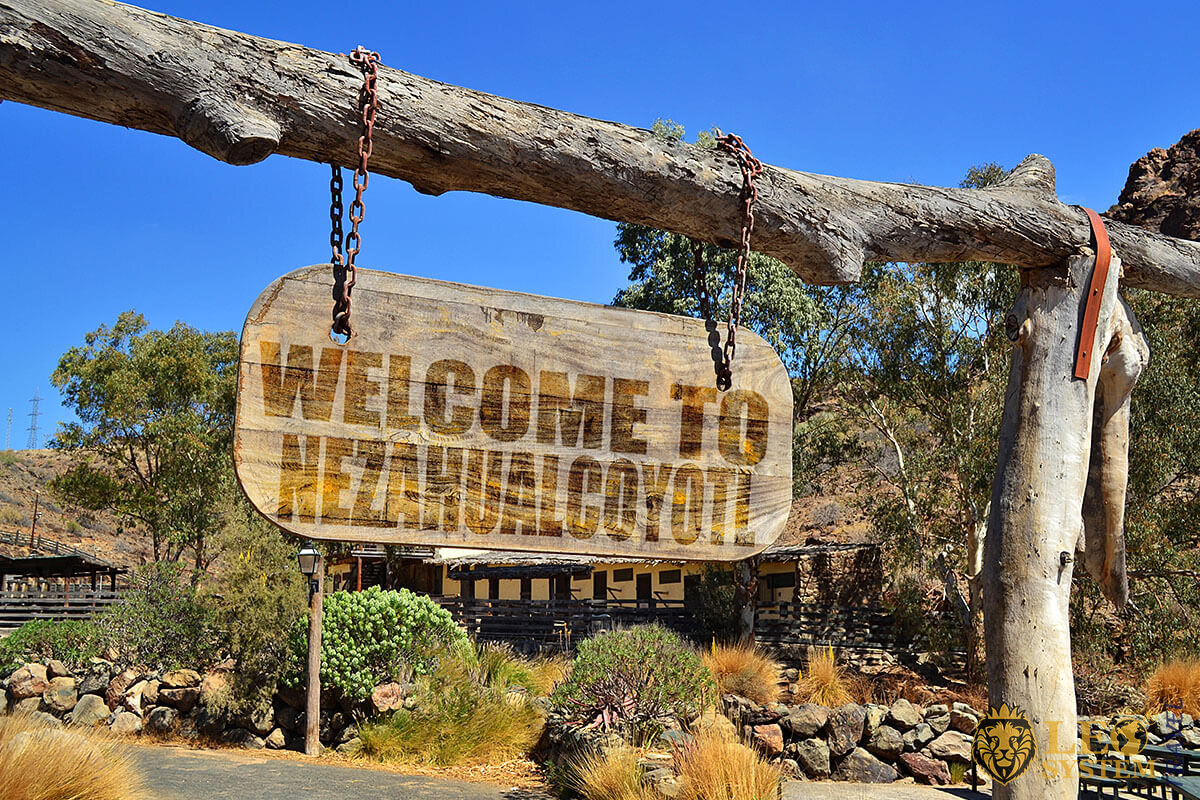 Population: 1.1 million. The last city we are going to include in this top 10 largest cities in Mexico article is the city of Ciudad Nezahualcóyotl which is a very unique place due to the area that the city is built on being a dammed off and drained area of the Lake Texcoco which is one of the largest lakes in Mexico that is located in the center of the country.

The culture of Ciudad Nezahualcóyotl is also very unique from the rest of Mexico due to the city having strong links with New York in the United States due to the estimated 300,000 Mexicans living in the city of New York who have links to the city or the surrounding areas.

These people who emigrated to America continue to have strong links to their origin and thanks to this Ciudad Nezahualcóyotl has fostered a diverse culture that is heavily influenced by the United States and is known for using English words and terminology in their language.

Additionally, Ciudad Nezahualcóyotl is a city heavily influenced by the culture and language of tribes that were in the area before the Spanish arrived such as the Aztec, the name of the city means ‘Fasting Coyote’. A historical location worth checking out is the Zona Arqueológica Los Reyes Acaquilpan which is an ancient pyramid built by the local communities in the area before they were colonized by the Spanish Empire.

Read the article: Travel To The City Of Guadalajara, Mexico 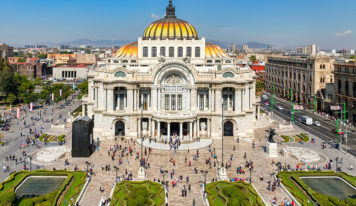