Home Greece Fascinating Trip to the City of Heraklion, Greece 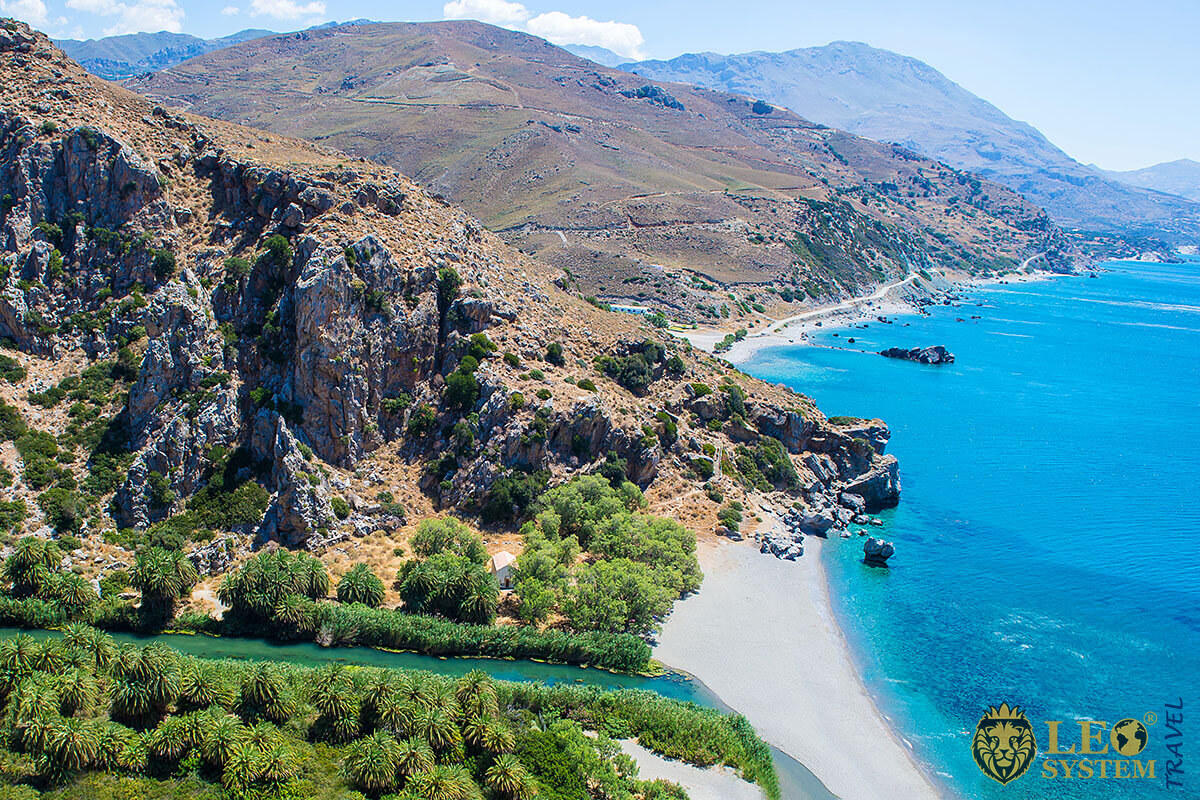 Heraklion is the center of the island of Crete which is the island part of the country of Greece, it is an ancient city that has been in existence for thousands of years and is one of the oldest settlements in Europe that continue to be inhabited to this day.

Today this city is one of the many major tourist attractions in Greece. Thanks, mainly to the beautiful environment and climate that the city is located in, as well as the fact that it is home to such as rich history that spans multiple millenniums.

We will be opening your eyes to those aspects of the city on this fascinating trip to the city of Heraklion, Greece.

Heraklion is the sixth most populous city in all of Greece while also being the fourth-biggest city in Greece in terms of the total size.

The city frequently switches positions in Greece’s population rankings with another Greek city called Larissa that is located in mainland Greece. Apart from that, the city is also the capital of the province of Heraklion, as well as being the largest and most populous city on the Greek island of Crete. 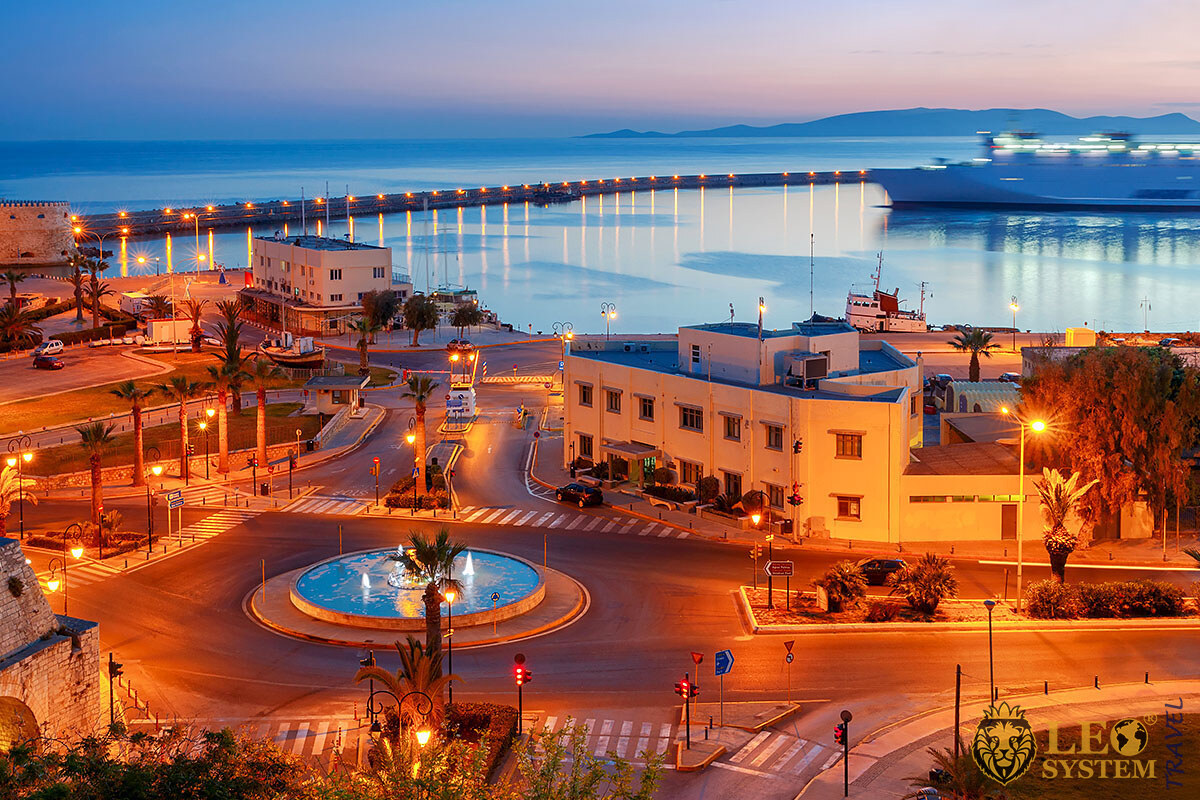 The city of Heraklion is located in the north of the island in a central location that is on the coast which is likely one of the reasons why it has been inhabited by people for thousands of years. Due to it being so close to the sea, it is very easily accessible for traders and also for access to resources like fish and salt.

The city quickly grew as a major hub on the island of Crete for trade and immigration which led to it consistently being the most populous city on the island.

One of the most famous people born in Heraklion is Greek philosopher Marcus Musurus who was born and grew up in the 15th century during which time the island of Crete was a Venetian colony.

Musurus helped publish multiple encyclopedias, manuscripts, and also poems as well as being a lecturer at the University of Padua. However, Musurus is most famous for being chosen as a teacher in Rome by Pope Leo X, where he taught Greek for the last year of his life. 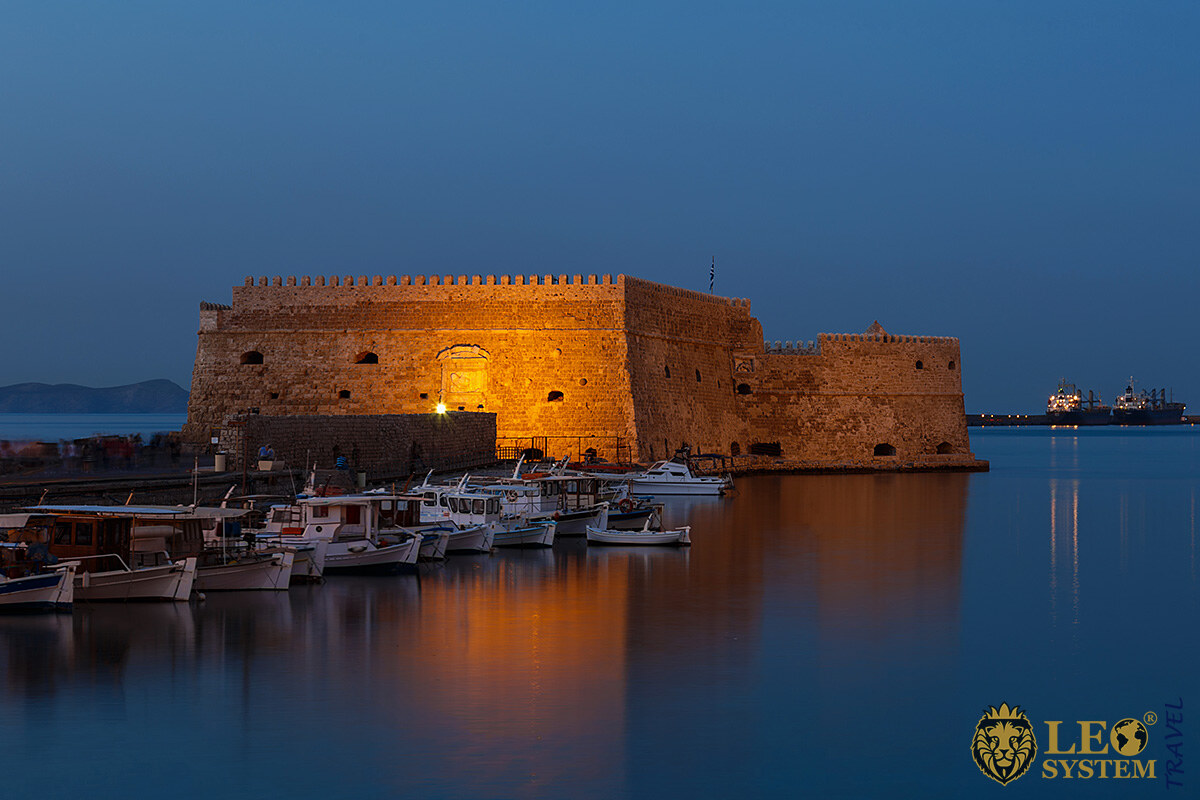 Furthermore, scientist Joseph Sifakis who along with other computer scientists developed an important computing theory known as ‘Model Checking’. Which led to Sifakis becoming the first Greek winner of the prestigious Turing Award that is awarded to people that have made major contributions to the computing world and technology.

Another notable person born in Heraklion is Myron Michailidis who is one of the most successful Greek conductors in history; Michailidis has been in charge of over 40 different operas.

History of the City of Heraklion.

The recorded history of Heraklion dates back to around 3500 BC or over 5500 years ago, what is now the city of Heraklion was settled by a people’s group known as the Minoans who were one of the first advanced civilizations in the Mediterranean that flourished for over 2000 years.

The cities of the Minoans were well known for including four-story buildings and advanced plumbing systems that were both far ahead of their time. The Minoans were eventually assimilated into the Ancient Greek world. 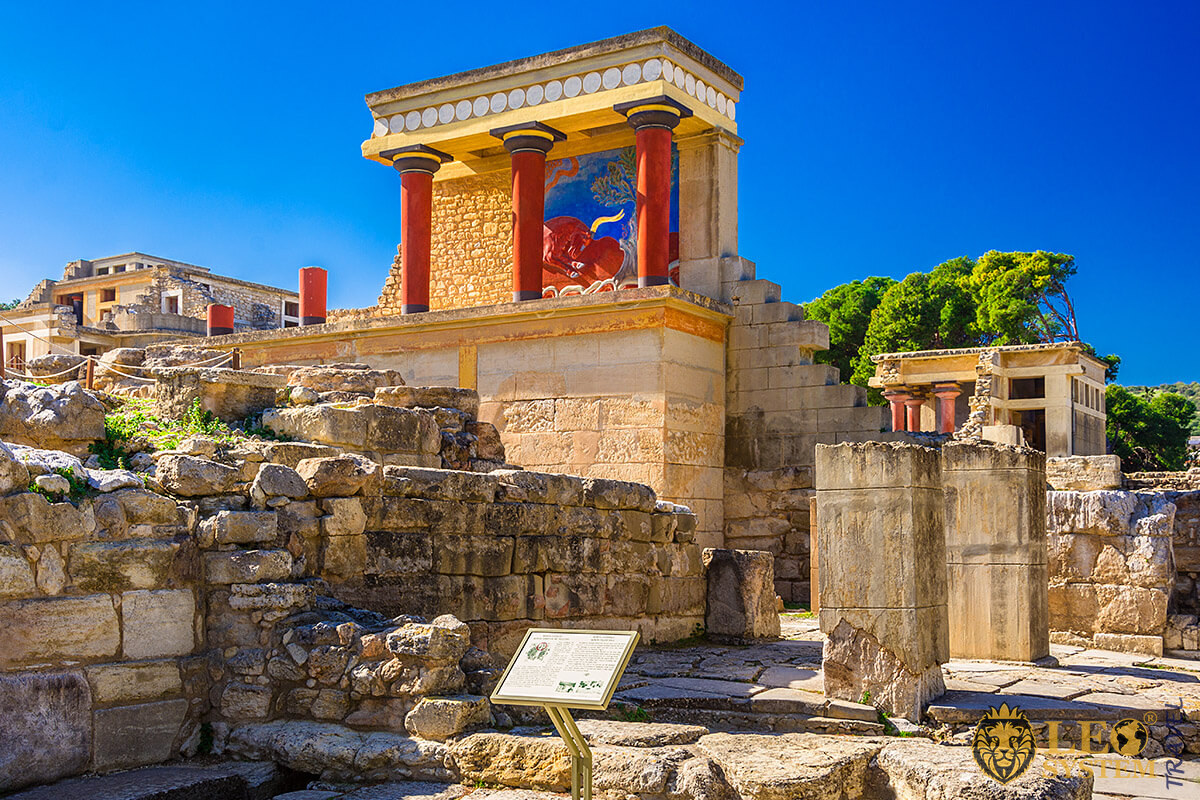 A few thousand years later in 824, Heraklion was taken over by Islamic Arab forces led by Abu Umar; the majority of those Arabs have expelled refugees from the region of Andalusia in the Iberian Peninsula.

Less than one hundred years after that it was taken by the Byzantine Empire who ruled it for over 240 years before the Venetian mercantile republic took over the island and the city of Heraklion.

Following that, the Ottomans gained control of the island in 1669 in what is believed to be the longest siege in history that lasted over 21 years. In 1913, the city rejoined Greece following multiple conflicts and rebellions.

The Unique Culture of Heraklion.

Due to the culture of this city, you are in for a very fascinating trip to the city of Heraklion, Greece. Thanks to this major Greek city being isolated from mainland Greece, a distinct local culture has been able to be formed. The country of Greece is a mix of continental Europe as well as an estimated 6,000 islands of various sizes. 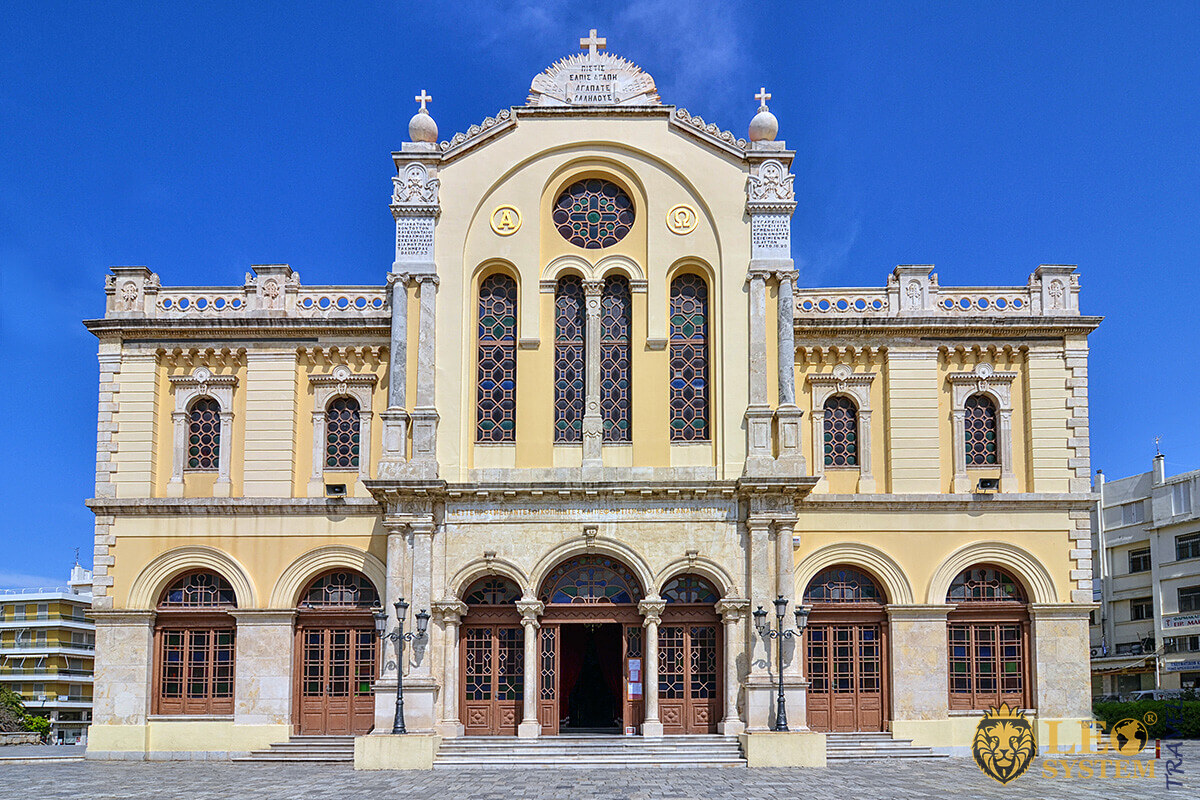 Heraklion is a city well known for its arts, the center for the arts in the city is the Cultural and Conference Center of Heraklion which is a large complex made up of multiple theaters, stages, and auditoriums that are used for a wide variety of live performances and also for the filming of movies and other types of recorded works such as music videos.

Officially the climate of Heraklion is classed as a hot Mediterranean summer climate which sees the residents of the city experience warm temperatures throughout the entire year. 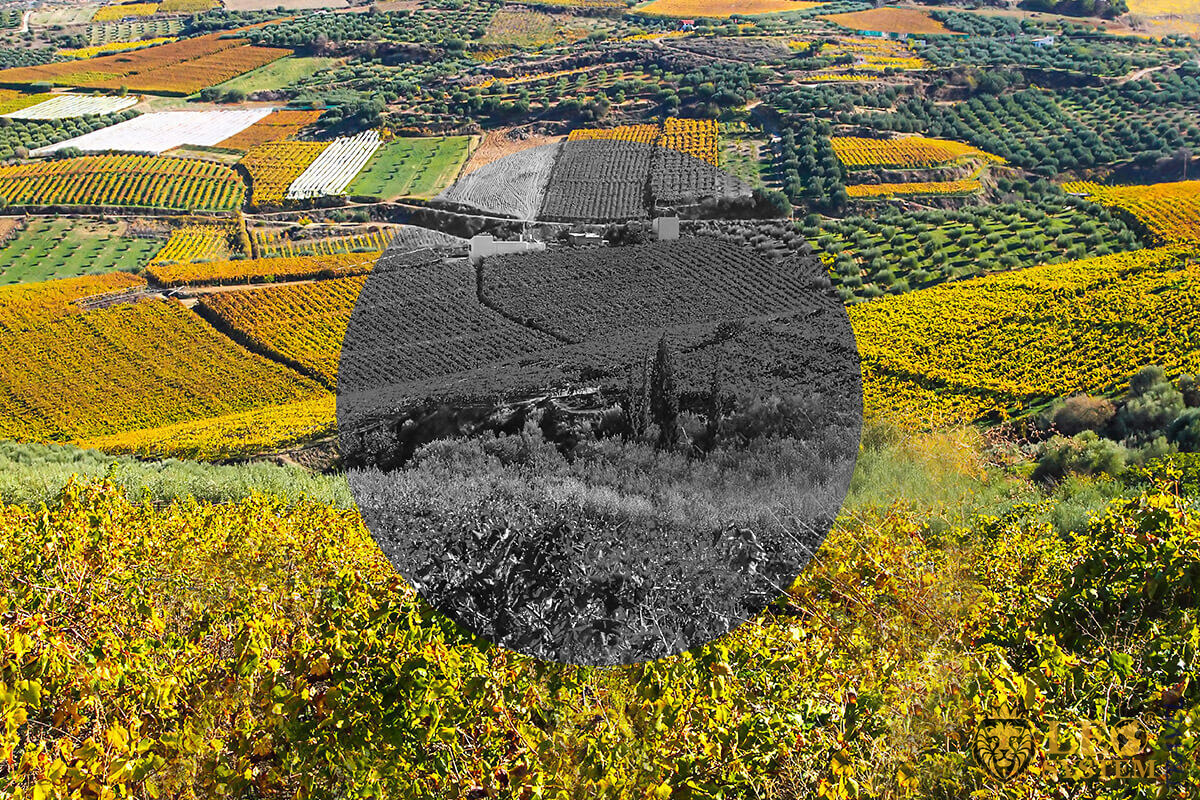 Snow almost never occurs in Heraklion, the lowest ever recorded temperature in the surrounding areas is -0.2 degrees Celsius, but the city does experience an average of 91.6 rainy days which ultimately leads to high levels of humidity throughout the year.

The average relative humidity in the city is around 63% a year, with no real noticeable difference in the humid levels throughout the year.

A lot of different opportunities for sightseeing are available in Heraklion such as the Rocca a Mare Fortress which is an Italian fortress built by the Republic of Venice during the 1500s when Crete was a Venetian trading colony.

It is built in traditional Venetian architecture and was built on top of existing fortifications that were originally built between the 8th and 10th centuries to defend against invading Arab forces. The Rocca a Mare was one of the main fortifications during the Siege of Candia that lasted for 21 years and is believed to be the longest siege in history. 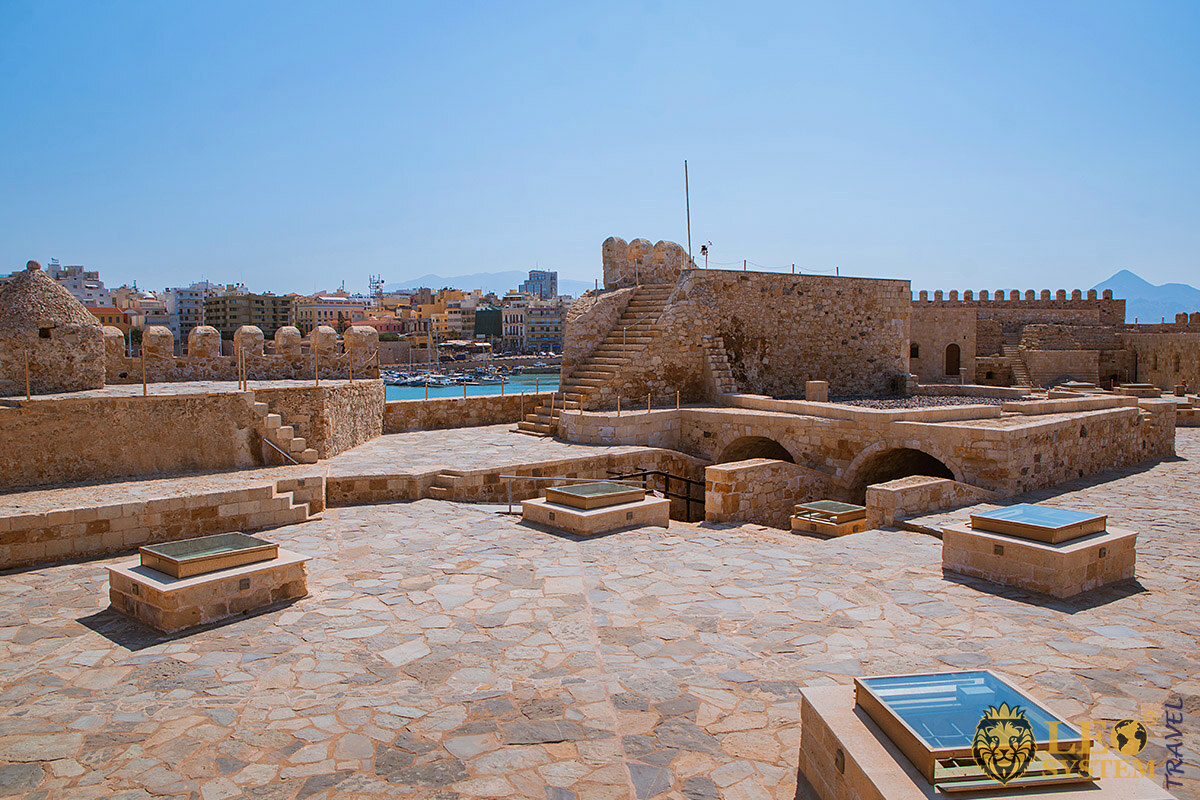 Other popular destinations to sightsee include the Agios Minas Cathedral which was built in 1895 following an over 30 years period of construction that was slowed down by the upheaval in the region affected mostly by Cretan revolutions for independence.

It is one of the oldest churches in Heraklion and one of the biggest churches in the city. Another great location to sightsee is Mount Juktas which is a religious complex uses by the Minoans who were the first recorded people to settle in what is now Heraklion.

Popular Food to Try in Heraklion.

A fascinating trip to the city of Heraklion, Greece will not be complete without trying some of the great food that this Mediterranean city has to offer. One of the most important and popular types of food is cheese, after all the Cretan islands have been inhabited for over five thousand years, so they have managed to perfect their distinct recipes. 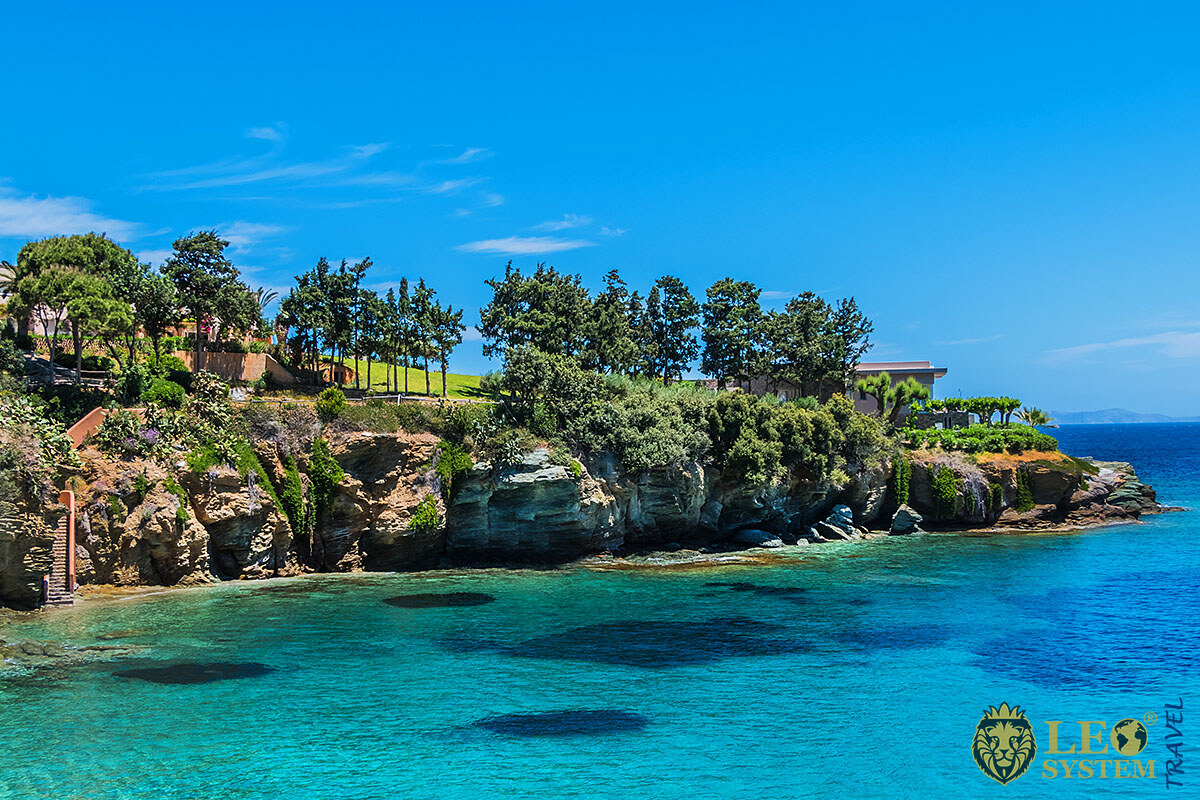 Some of the best local cheese from Heraklion is halloumi and anthotiros. You will notice that most of the local cheeses are made using sheep or goat milk rather than cow milk.

If you are feeling adventurous, then you can try fried snails, they are covered in flour and then fried in oil, and finally, after they have been cooked are topped with wine.

A standard dish that is loved by all Heraklion locals is the main meal dish called Gamopilafo which consists of boiled meat that is served with rice which has been cooked in butter and lemon juice making it a very unique and refreshing main dish that you should definitely try if you visit the city of Heraklion.

Read the article: Travel To The Port City Of Patras, Greece 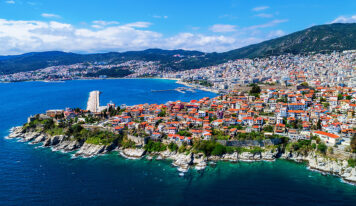