Home Brazil What do Tourists Usually do when Visiting Rio de Janeiro, Brazil? 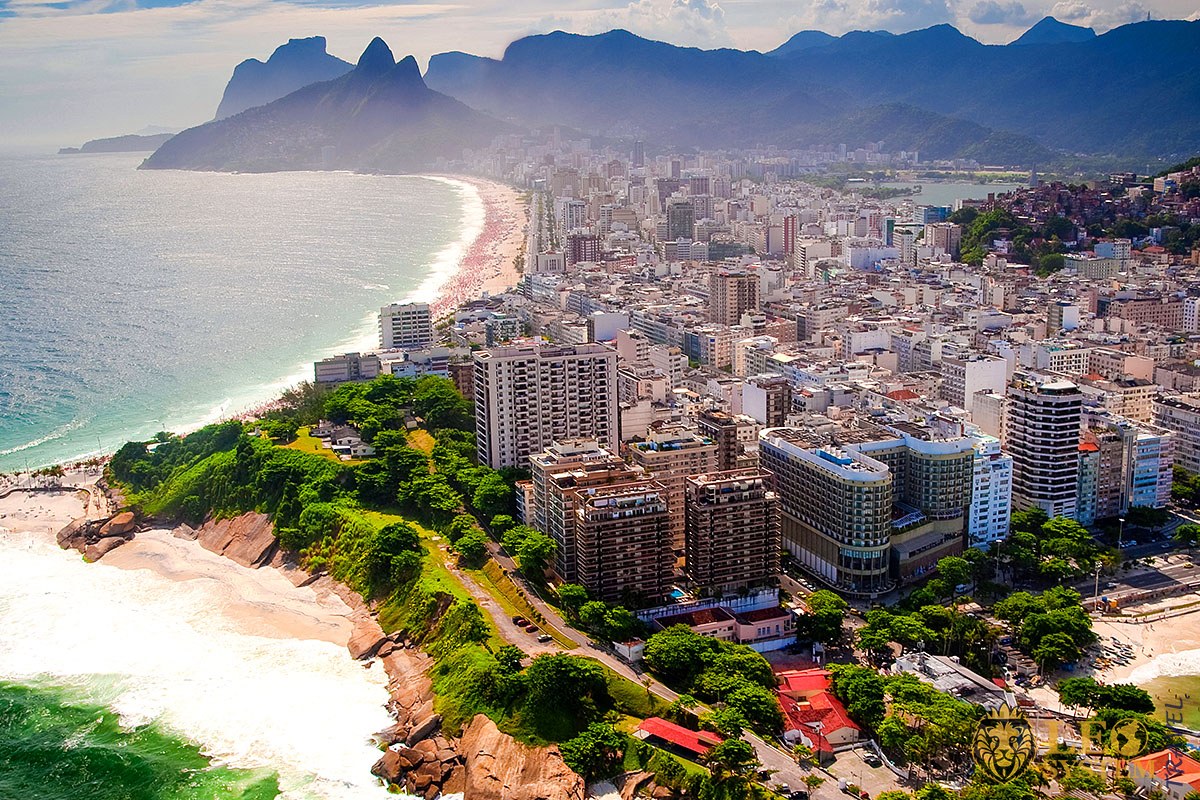 This article contains 15 examples of places that tourists usually do when visiting Rio de Janeiro. Rio has a spectacular setting. It is wedged between the mountains and the sea. UNESCO has named Rio a World Heritage Site. 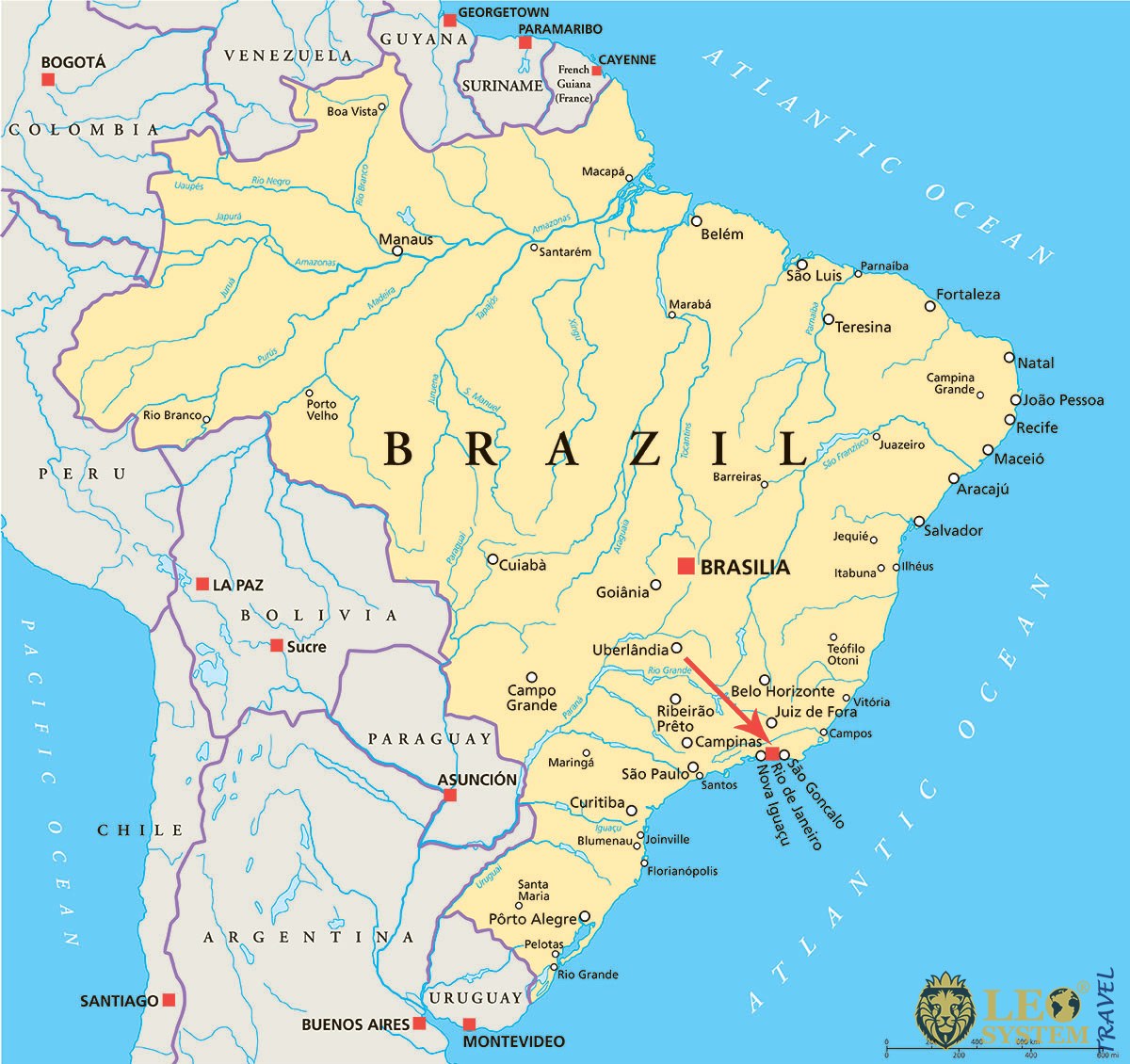 They liked the architectural mix and the application of planned green space. It is truly a city of contrasts. Beaches side by side with culture, mountains adjacent to the sea. As you wander around the city and beaches visiting these attractions, do not forget to sample the delights of Brazilian cuisine. 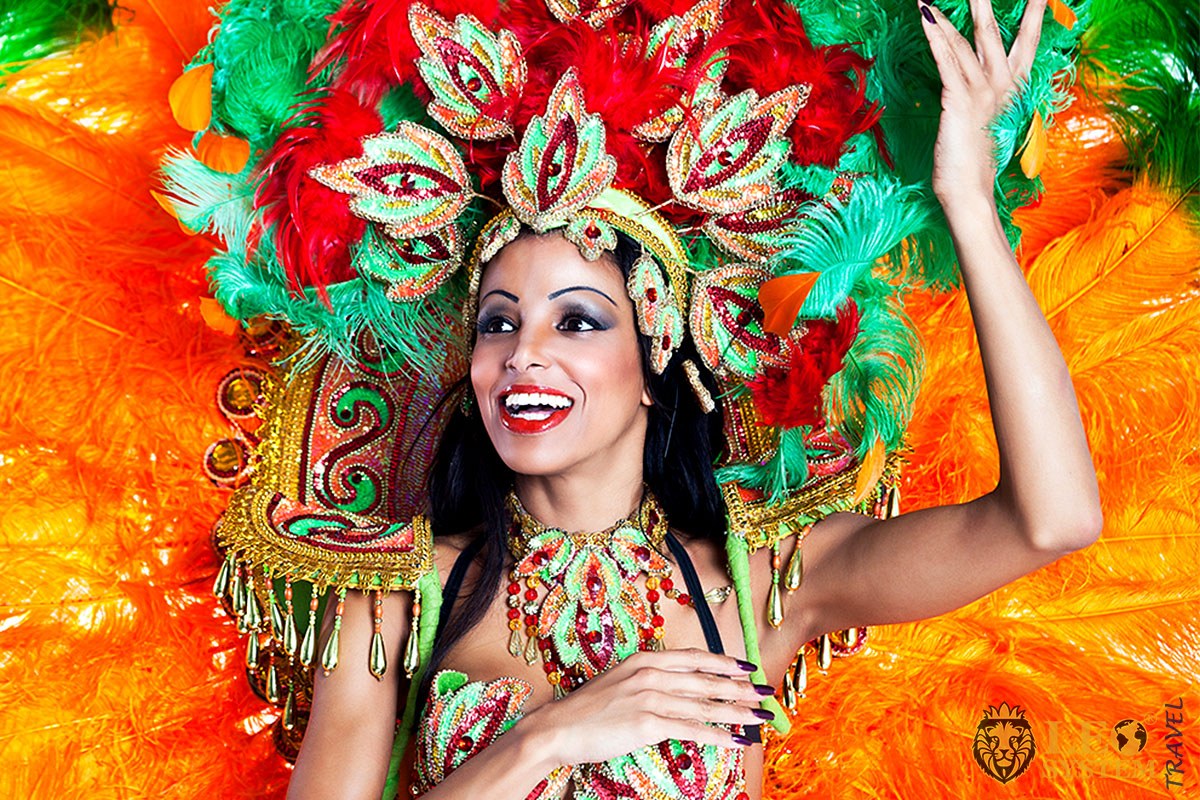 One of the top three carnivals in the world is Carnival in Rio. The climax of the Carnival takes place in the four days before Ash Wednesday.

During this period, you will see find huge numbers of participants and visitors. These street parades, Samba Parties, and Shows. The primary force behind the Carnival are the Samba Schools spread across Rio.

The parades of the Samba School take place in the Sambadrome which is a purpose-designed parade route. It features accommodation for 50,000 spectators over the 700 meters route. 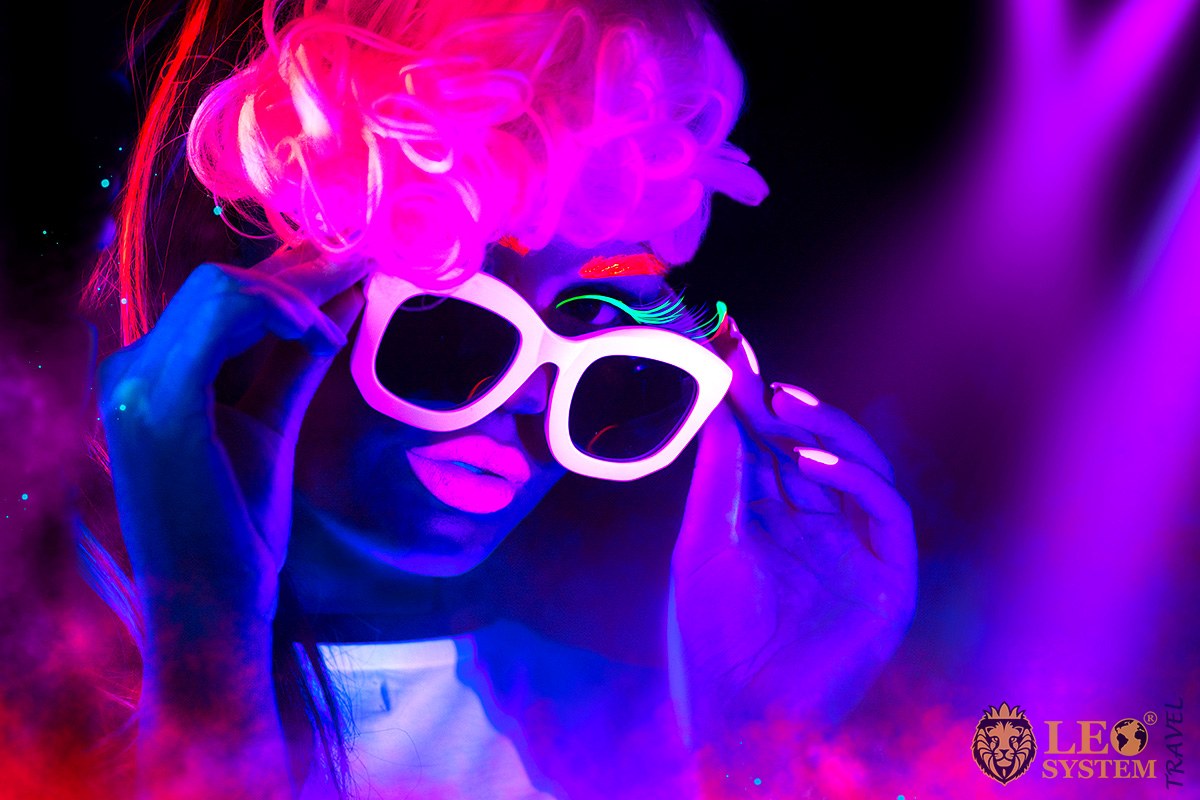 Rio has an abundance of nightspots where you can enjoy a memorable night out.

Barra da Tijuca has some large clubs that do not actually get started until around 1 am, but then party through the night into mid-morning the next day. Probably the Center of nightlife is Lapa, where the main street has an abundance of clubs, bars, and eateries. There is something for everyone.

If you want to see a good, yet non-touristy nightclub, you cannot do better than visit Carioca Da Gema. You can watch the skilled young dancers to get up and dance yourself. You won’t be as skilled as the locals, but do not worry. The locals believe that foreigners cannot dance. So, any lack of skill will not come as a surprise.

The club is in a tall colonial building and features a great balcony where you can go and cool off. 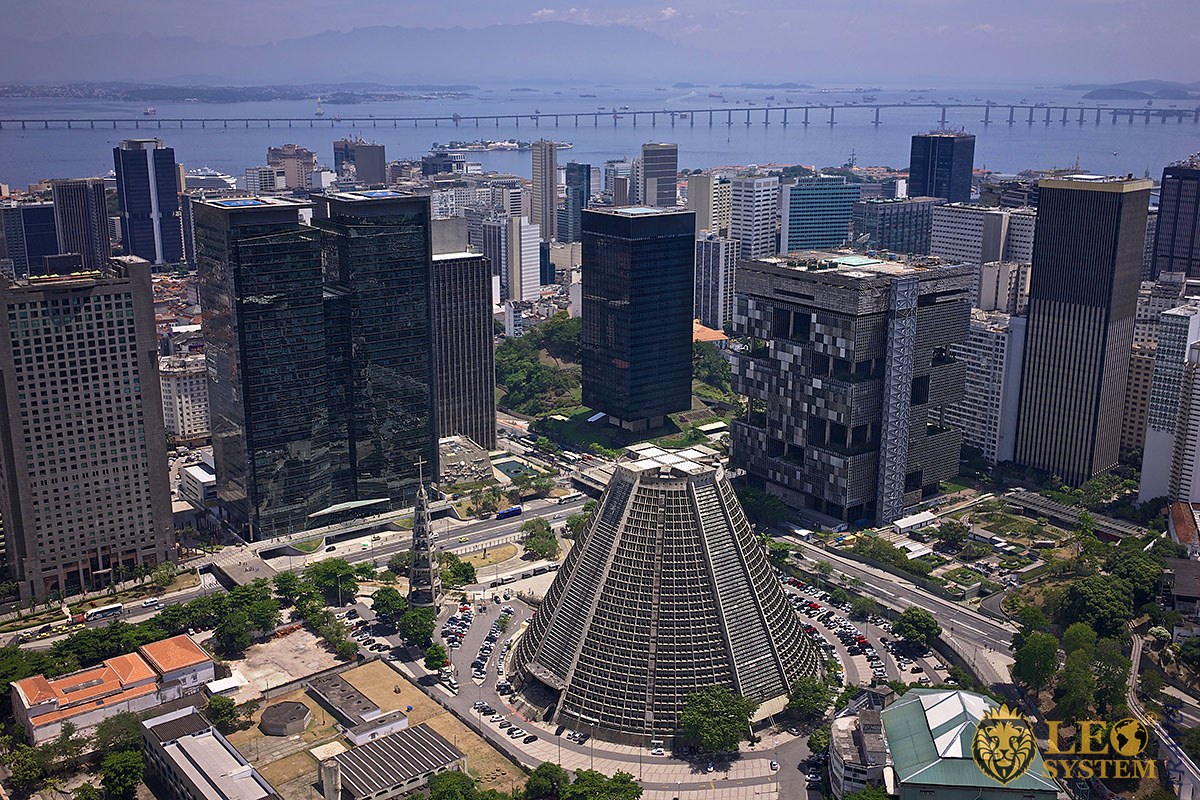 Described as a “Big Concrete Cone” this Cathedral, designed by Edgar de Oliveira da Fonseca. The Catedral de São Sebastião stands at a height of 106 meters. The interior space has no structure and can accommodate up to 20,000 people worshiping.

Facing North, South, East, and West are massive stained-glass windows which, as part of the cone, slope down. In the basement there is a museum and a columbarium.

The Cathedral is a primary point of interest for tourists to Rio, and they use its image for Rio publicity. 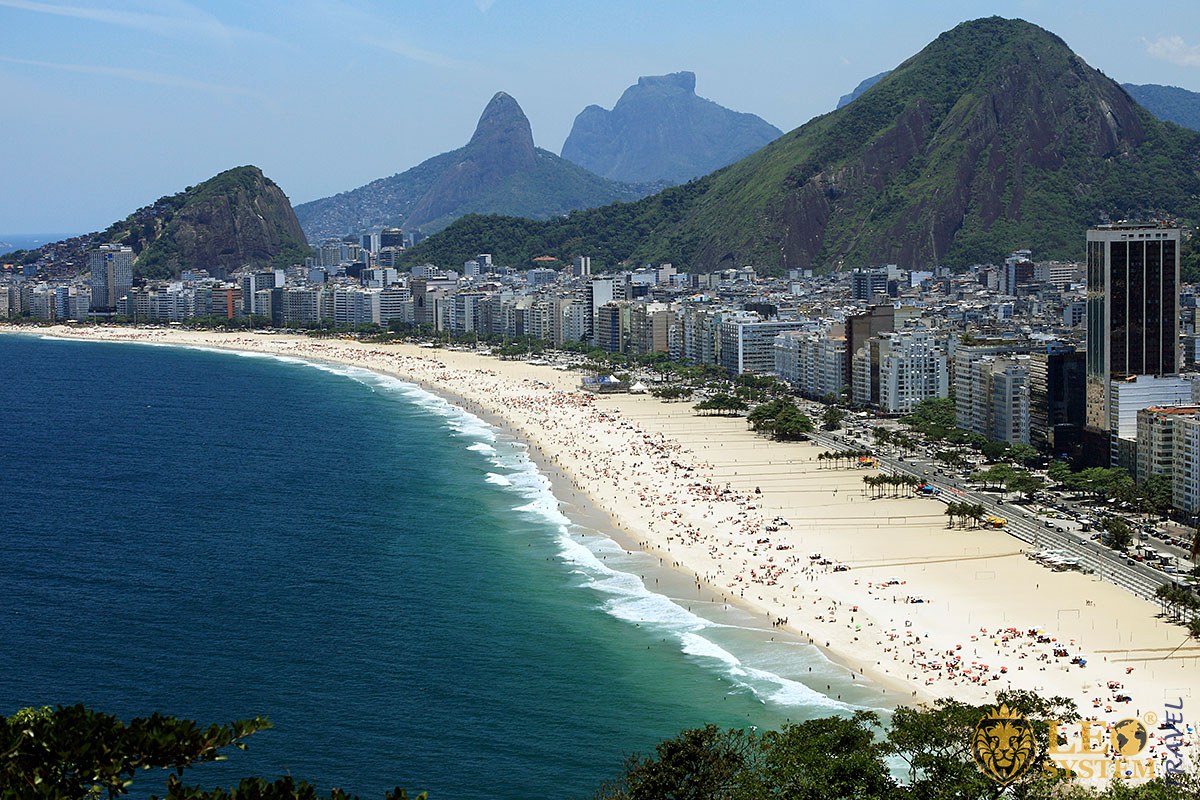 The beach stretches 2.2 miles from East to West. The beach is perhaps one of the most famous beaches in the world. There are several beach bars, and you can try a local beer or Refeicao. Refeicao is a beef infused with herbs and fried onions.

The beach has many beach sports facilities and the local young people use it as a place to meet and hang out. The local Cariocas take staying in shape seriously. This is one example of what do tourists usually do when visiting Rio de Janeiro. How could you come to Rio and not visit Copacabana Beach? 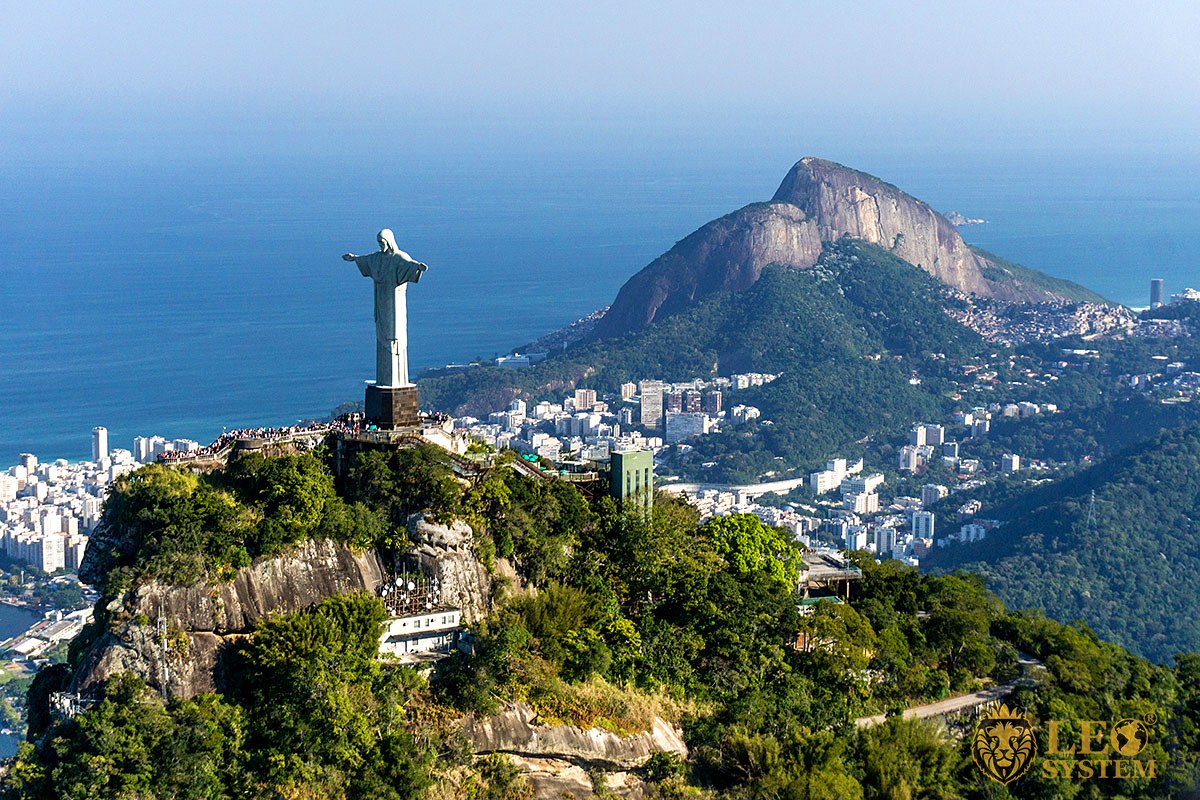 They positioned the giant-sized statue of Christ on the 709 meters summit of Corcovado. It is a world-famous statue that is symbolic of Rio. They completed the construction of the statue in 1931. The local Rio Catholic community paid for the majority of the cost.

The statue is 30 meters high, and the arms have a spread of 28 meters. Inside the base is a chapel. A popular venue for weddings and baptisms. 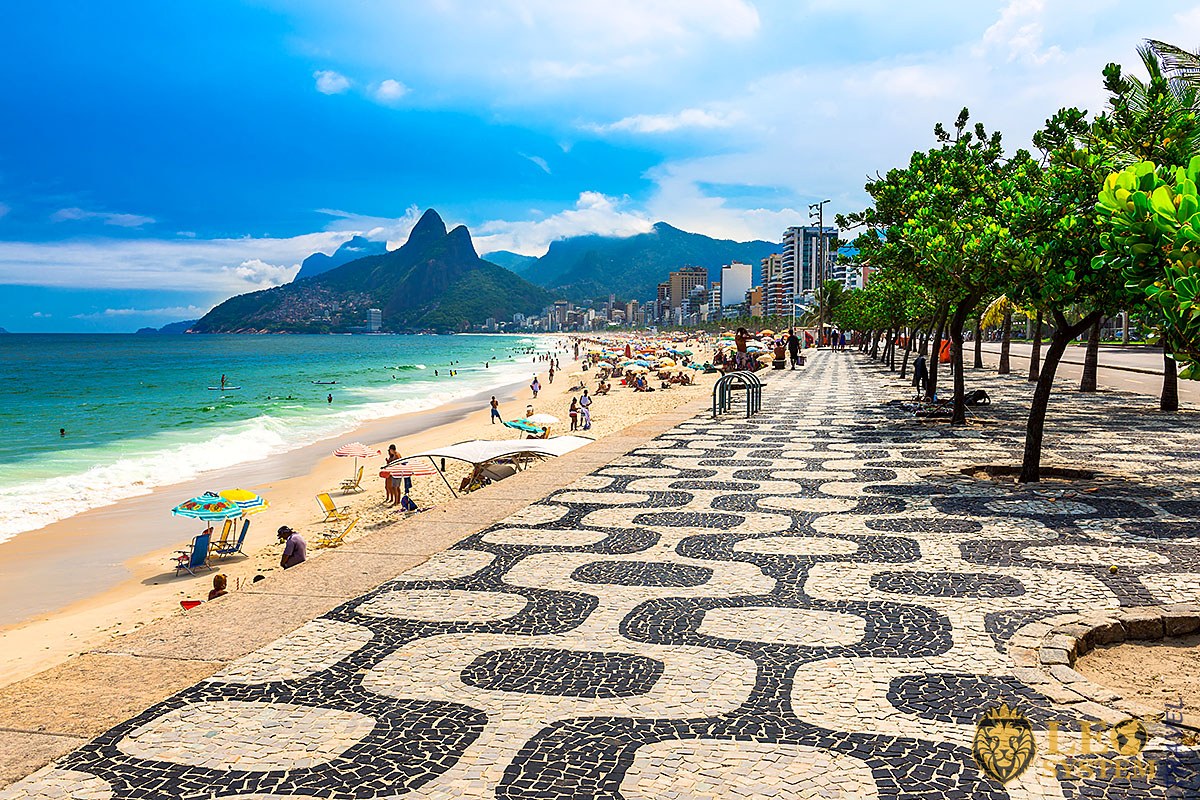 Made famous by the song “Girl from Ipanema!”. The Ipanema beach is next to the Copacabana Beach. A canal that drains the lagoon separates the two beaches. Huge hotels, restaurants, and street cafés run along the stretch of road next to the beach.

The area has more than beaches. It is the home of a great deal of culture. 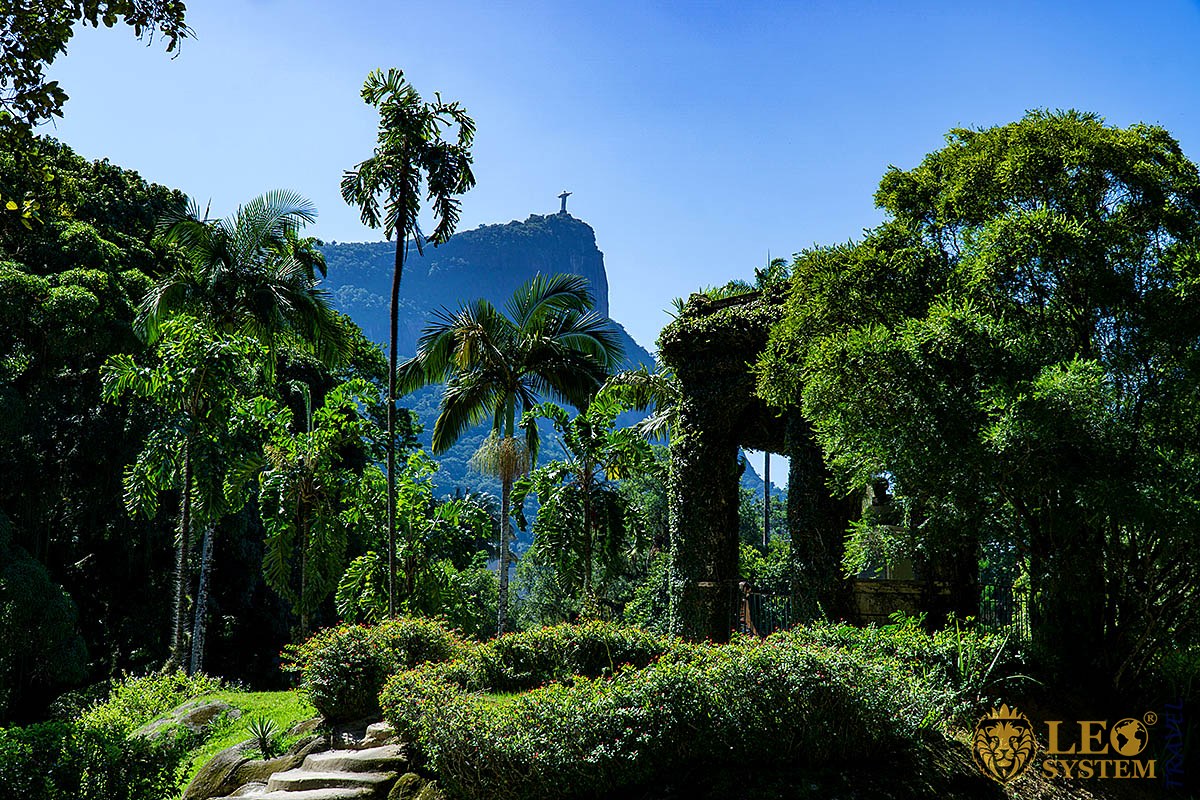 They founded the Jardim Botânico (Botanical Garden) in 1808. It stretches over 137 Hectares and houses some rare collections. It contains over 6,500 different species of plants.

A popular photo spot is the long avenue of palms precisely lined up. An interesting note is that they were all descended from a single palm tree. 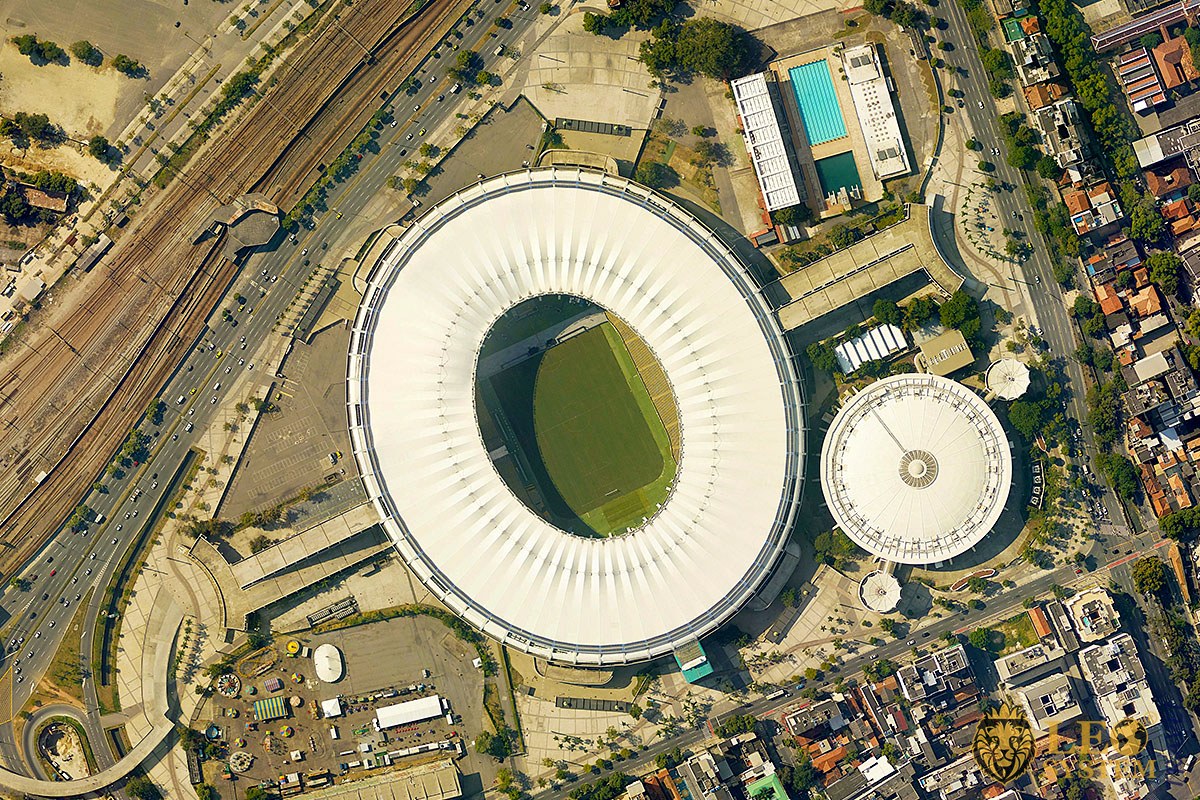 You must try and see a game at Brazil’s largest stadium. You may have seen it at the opening ceremony of the 2016 Olympic Games, and the World Cup.

Flamengo, Botafogo, Fluminense, and Vasco da Gama teams use the stadium. They also use the stadium for concerts. Of course, if you are not a football fan, you may want to skip this attraction. 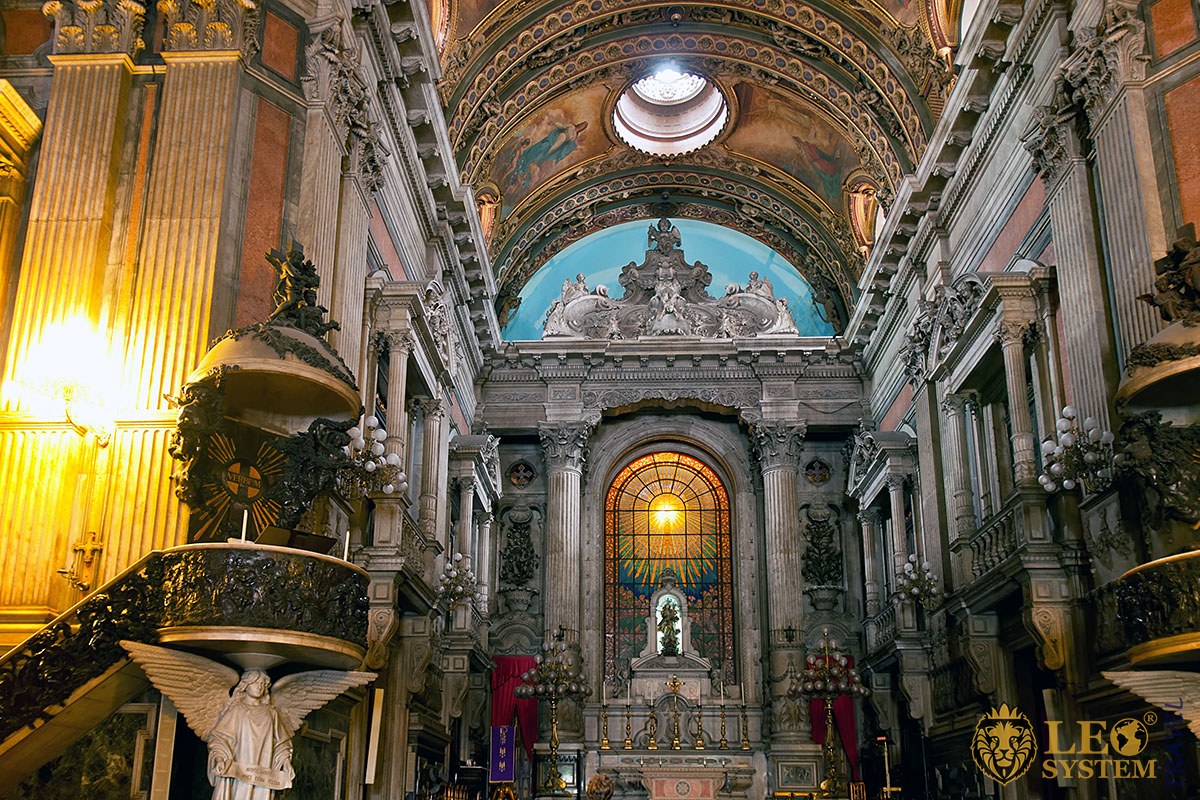 The parish church of Nossa Senhora do Carmo and Monte do Carmo at one time was the royal chapel and Cathedral. The Catedral de São Sebastião superseded it.

It features Baroque facade, stone door, and the carvings by Mestre Valentim. You will find these striking white and gold carvings in the chapel of the Novitiate. The former cathedral stretches back to 1761. 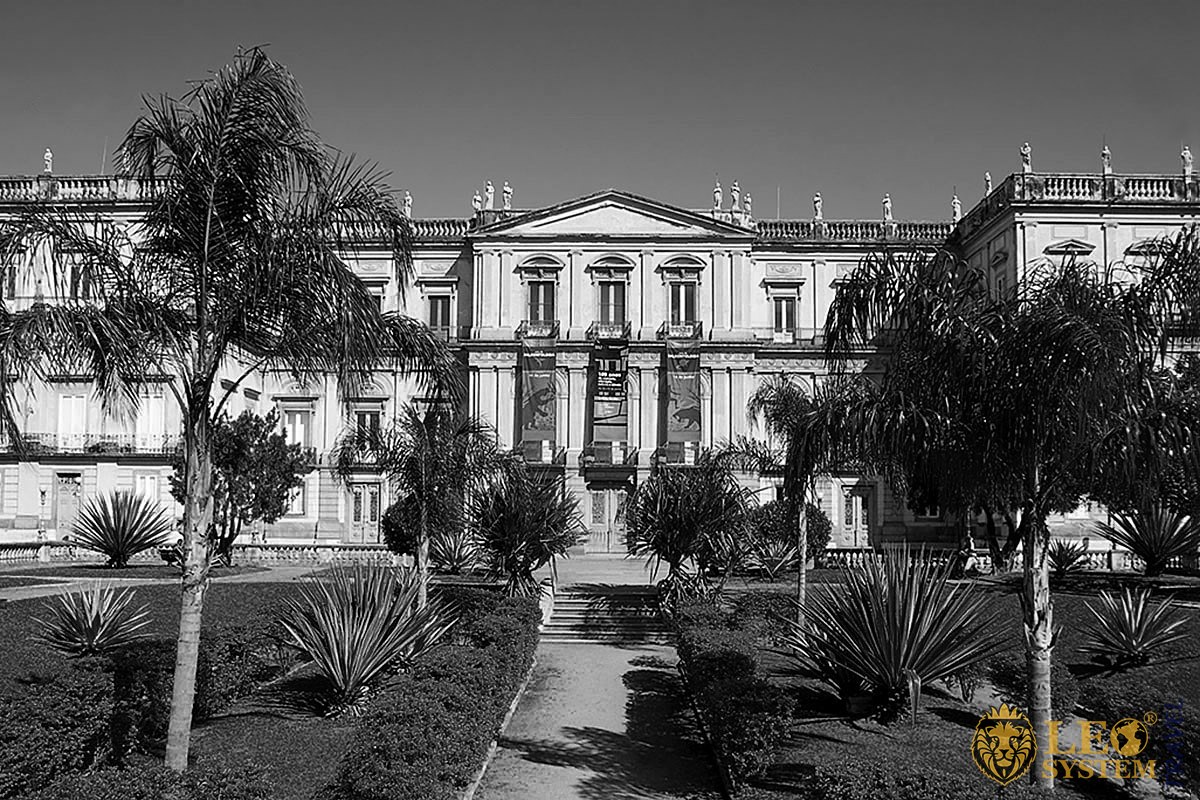 São Cristóvão is now the home to museums, parks, and Imperial Palaces. Between 1808 and 1889 the palace was home to the Royal Family. It was then rebuilt and modernized as the Palácio de São Cristóvão. It now houses the National Museum.

There is even more inside the park. You will also find a major zoo with over 2,000 species represented. 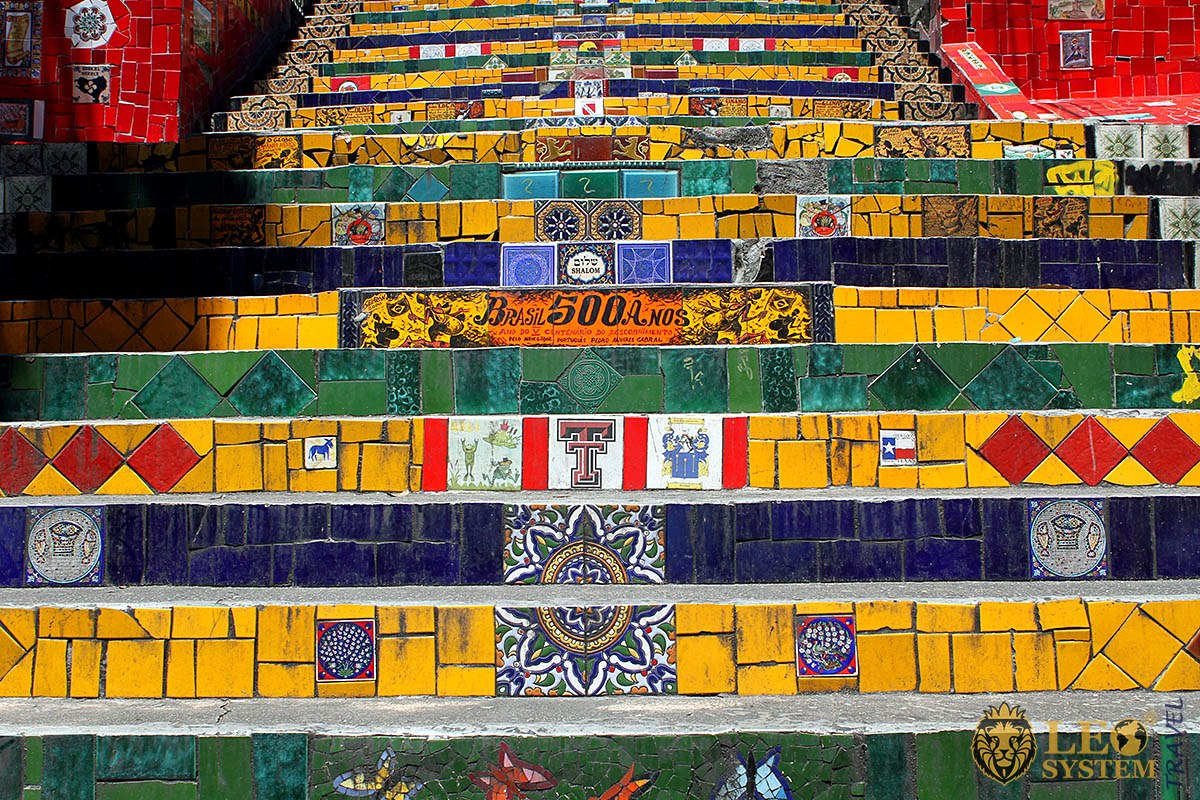 Escadaria Selarón is also known as the ‘Selaron Steps”. They are a “Tribute to the Brazilian People” from the artist Jorge Selarón, a Chilean born artist.

It was in 1990 that he started to renovate some steps outside his house that had seen better days. He used Yellow, Green, and Blue tiles. The color of the Brazilian flag. The neighbors made fun of him for his obsession. It was expensive work, and he had to sell his paintings to subsidies it. He carried on and succeeded in covering the entire set of steps.

Various magazines have featured the steps. These steps are now world-famous and have in many magazines. 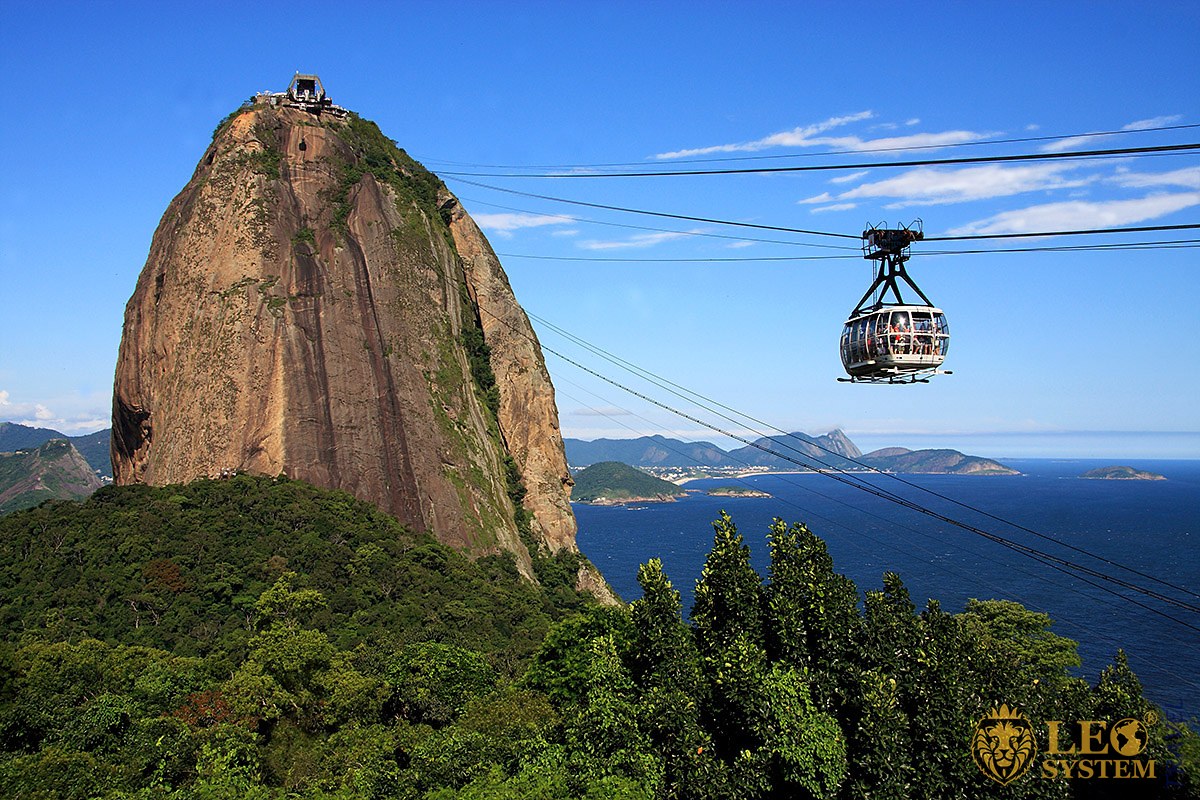 One of Rio’s best-known landmarks. This peak soars 394 meters above the harbor. You can enjoy the cable car from Praça General Tibúrcio to the peak of Morro da Ursa and then catch a second one. This cable car terminates at the top of Sugarloaf. 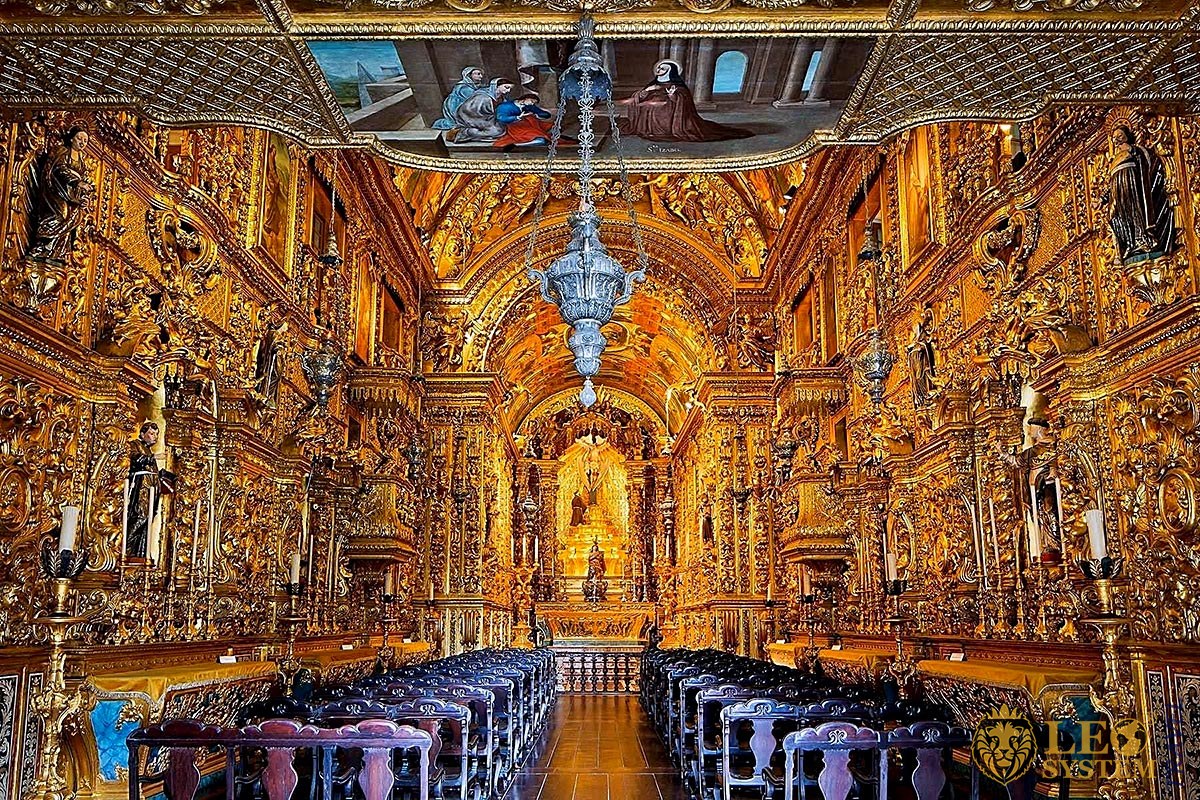 The inside of this church is a stunning display of gilded wood carving. It is loud and yet appealing to see. Outside the place looks nothing special, but as soon as you enter it hits you. If you like architecture than a visit here is a must. They completed the ceiling in 1736. 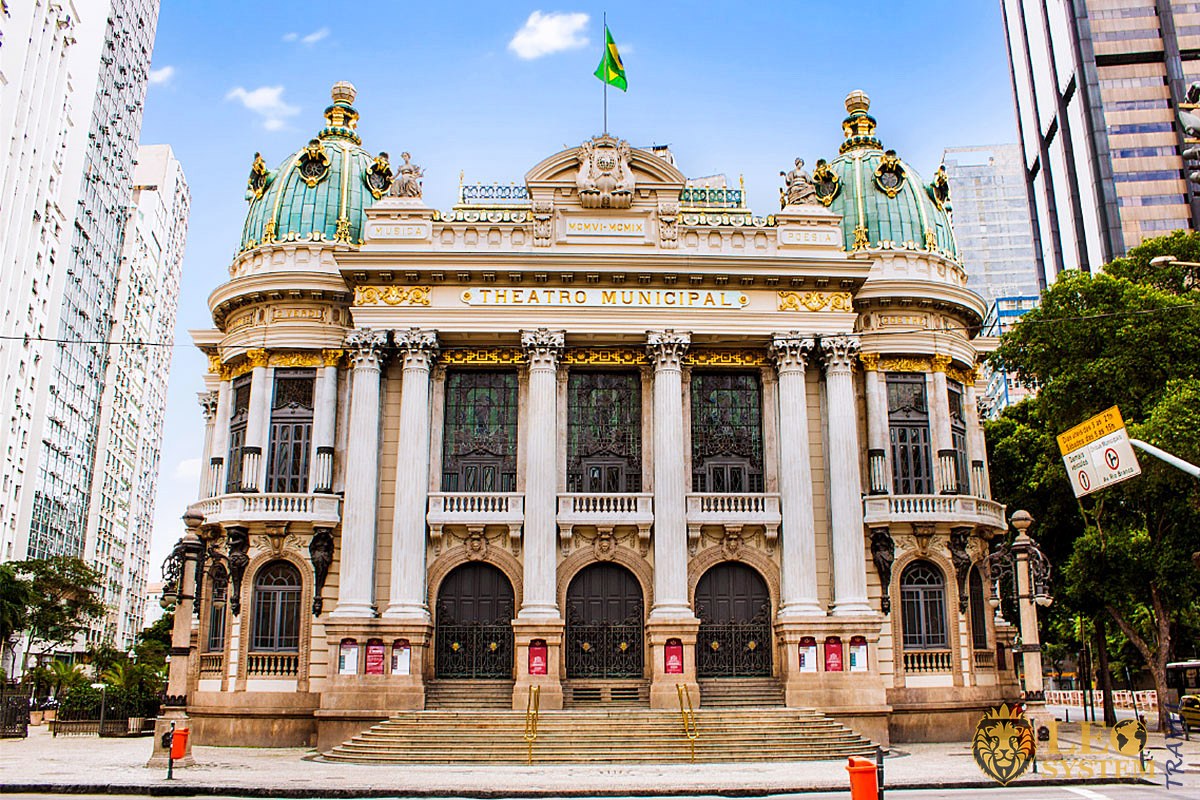 They built this theater in the early 20th century. The Paris Opera inspired its design. The outside of this theater is impressive with its beautiful architecture. But the inside is even more stunning with the attention to detail, the artworks, and the sense of style. You can have a guided tour, and they do some tours in English. 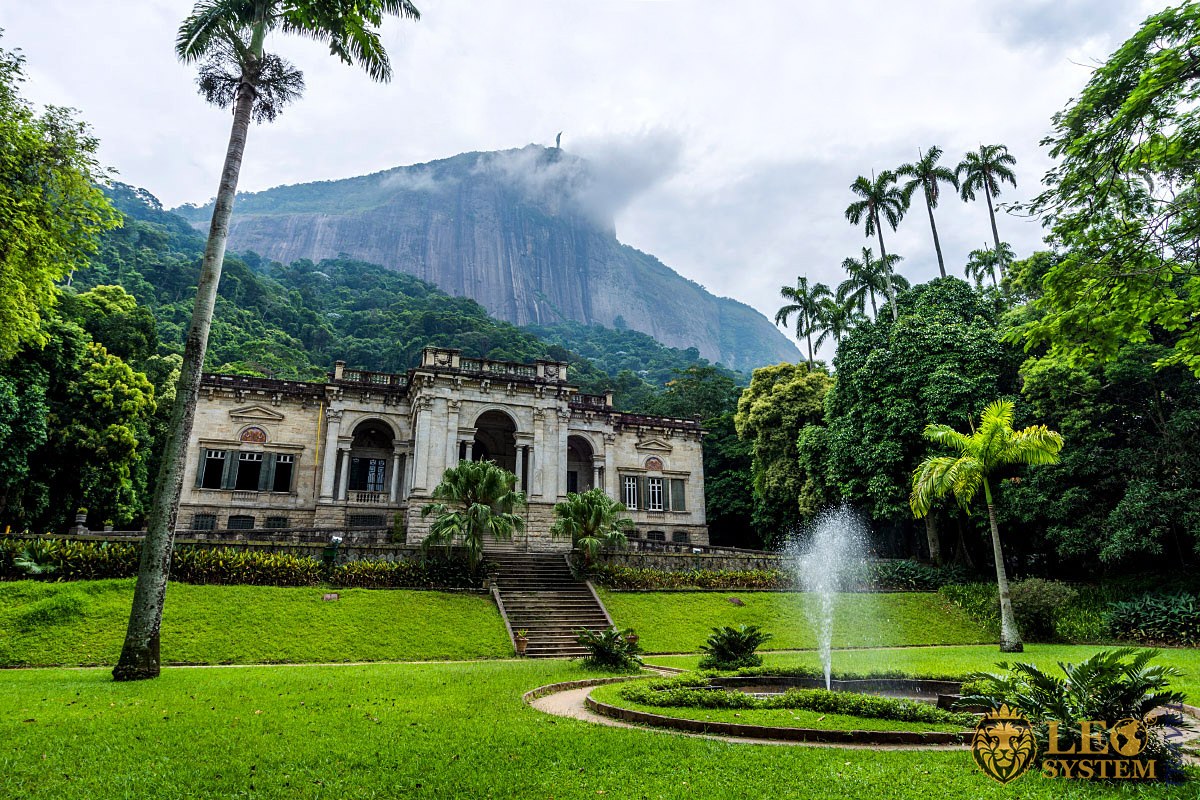 The Tijuca National Park includes the Tijuca Forest. It also covers the area around Cristo Redentor. And several other viewing points for the city. The forest is one of the largest city forests in the world and covers 3,300 hectares. They planted it in the 1850s, reclaiming coffee plantations. The forest is full of wildlife.

We hope that you have enjoyed this list that explains: “What do tourists usually do when visiting Rio de Janeiro?”. Maybe it has whetted your appetite for a trip there for the next Carnival. To sum it all up. Rio is a city where you can sample natural beauty that surrounds the city; enjoy a historical panorama from Colonial times through to now. See some amazing architecture, and party like nowhere else on earth.

Also read the article: Travel To The City Of Fortaleza, Brazil