Home Brazil Travel to the City of Fortaleza, Brazil 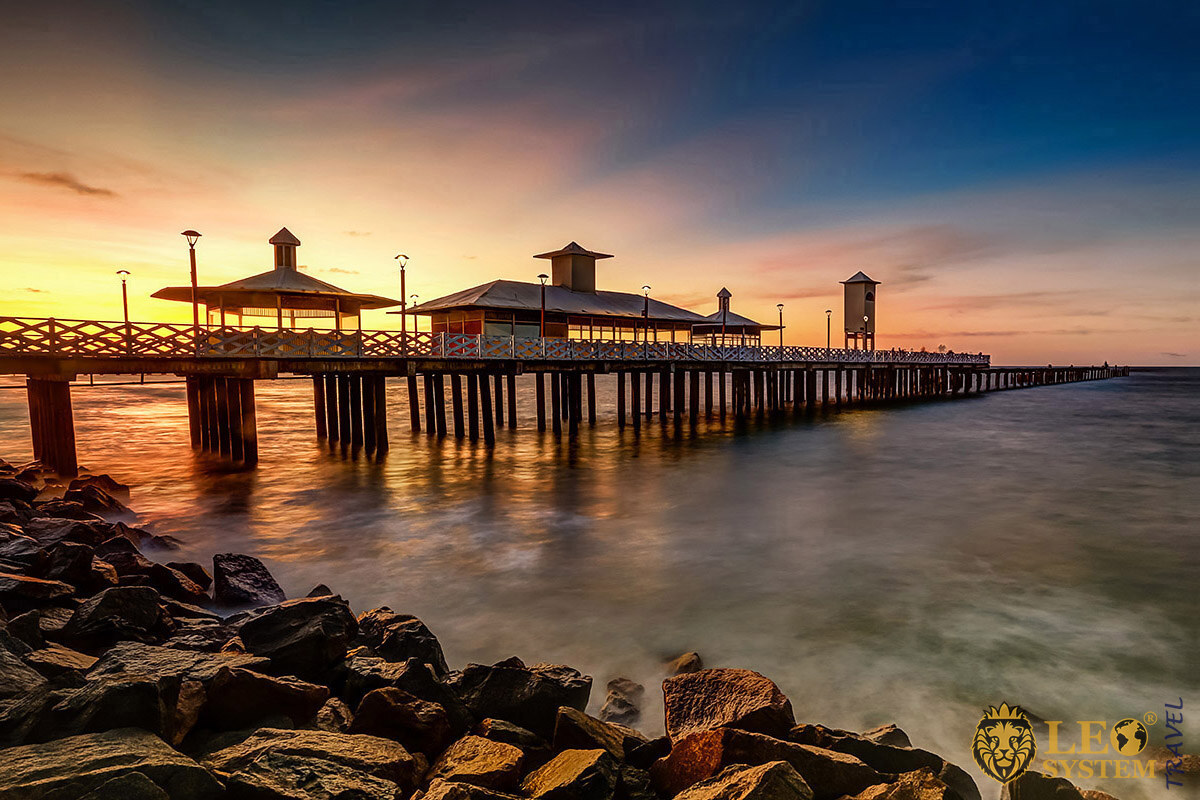 Fortaleza is a city that is located in the Northeast of Brazil, on the Atlantic Ocean. It is one of the richest cities in Brazil, famed for its great beaches that attract many tourists every single year.

It is also unique as it is the closest Brazilian state capital to continental Europe, and thus it is a major trading point for container chips from the continent of Europe as well as the nearby region of West Africa.

We are going to be increasing your knowledge about this city so when you travel to the city of Fortaleza, Brazil you will be able to better plan your trips and know what you are in for.

It was one of the first entryways into what is now the country of Brazil, and due to its northern position, it is the starting point of the BR-116 highway that stretches over the entire eastern Brazilian coast or 2.8 million miles of road excluding any connected motorways diverging into the smaller cities. 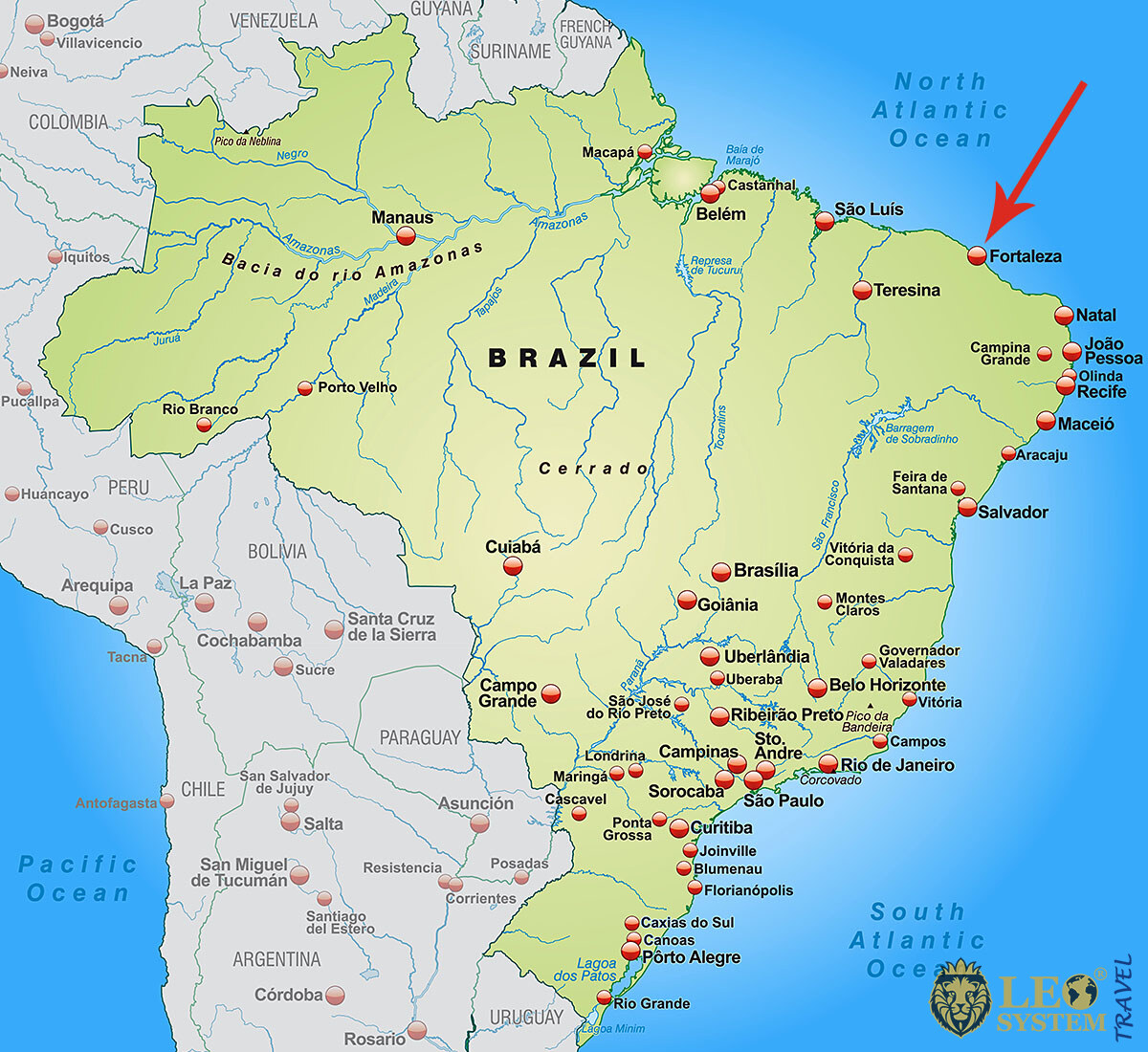 Trade is a major industry in the city, with a major shipping port that services both traders and the manufacturing industry inside the city itself that is well known for manufacturing high-quality garments and also wood processing. Despite the city not being located in an area with good soil for growing food, it has managed to become a major economic hub that attracts people from all over the world.

Many famous people have been born in this seaside city, one of those famous figures is Rachel de Queiroz who was a Brazilian writer that was the very first female member of the Academia Brasileira de Letras which is a literary charitable organization that accepts people who have published various types of literary works in the Brazilian Portuguese language.

The prestigious organization only has a max membership of 40 members at a time meaning that the most exceptional authors and poets are able to join.

This organization works on preserving and analyzing the continuous development of the Brazilian Portuguese language. 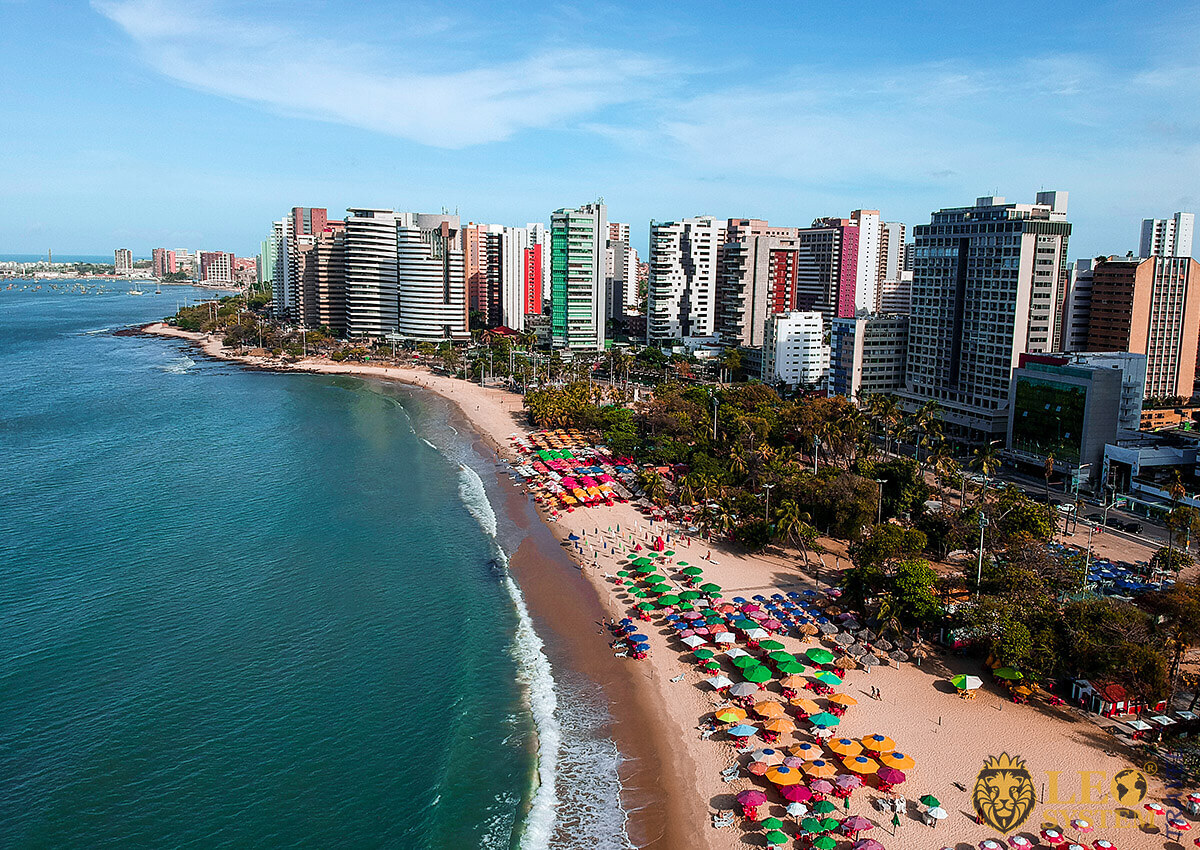 The location of what is now the city of Fortaleza was first discovered by Spanish explorer Vicente Pinzon on the 2nd of February 1500, after news arrived in Europe of this rich new land in the New World, there was the arrival of Portuguese and then Dutch explorers. 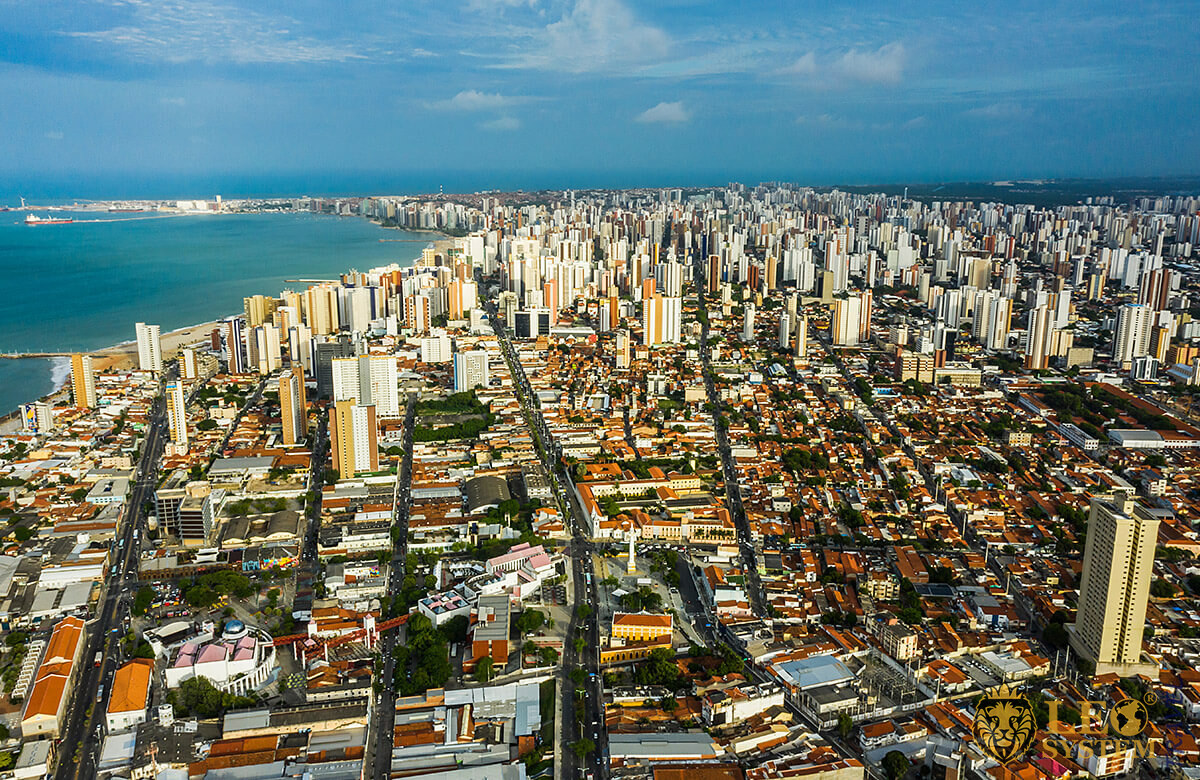 The colonization by Europeans began in 1603 with a construction of a fort in the area and later on the creation of a city called New Lisbon.

But Fortaleza came into existence in the 1650s after the Portuguese was handed back the area by the Dutch the city and surrounding areas were renamed to the city’s current name. 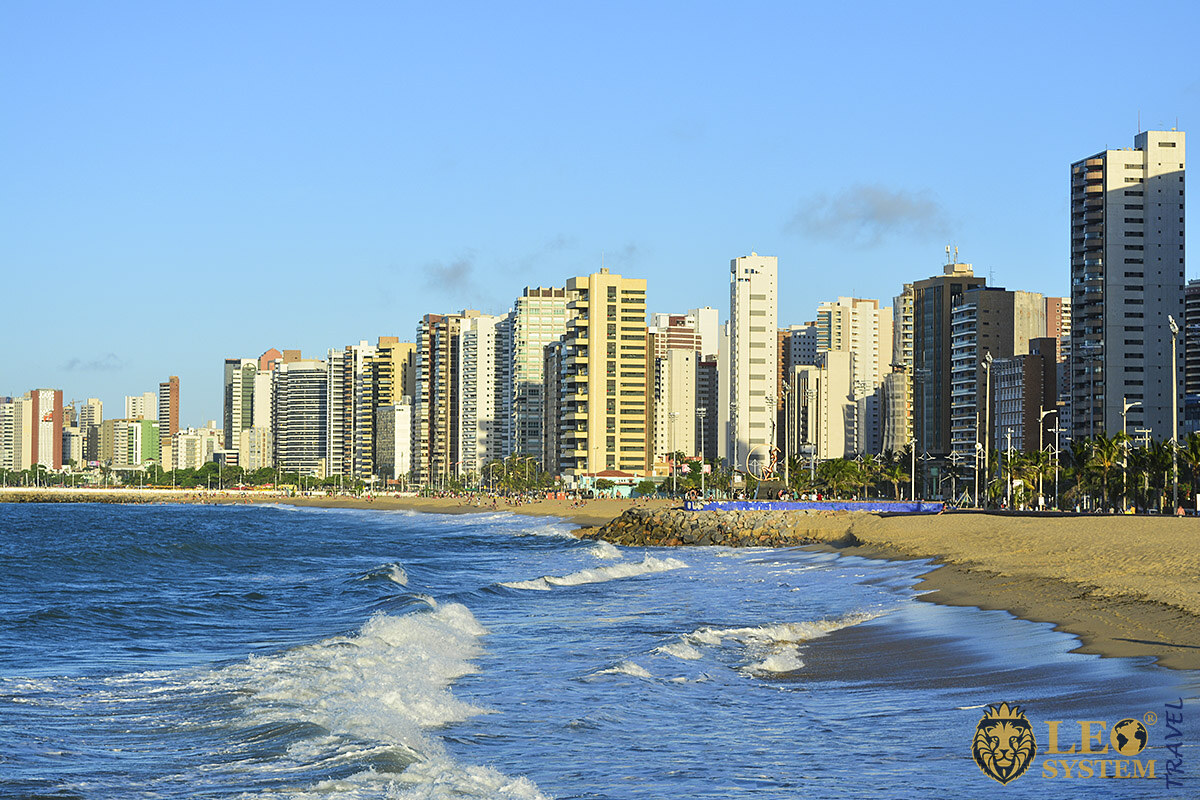 In 1726, a village was officially founded and made the capital of the state of Ceara and has remained so to this present day. Today, it is a major city in the northeast of Brazil that attracts a large number of tourists every single year and is one of the richest cities in the country.

The unique geography of this city is a great reason to travel to the city of Fortaleza, Brazil. Like a lot of other parts of eastern Brazil, the areas surrounding the city are home to a type of forestation known as a Restinga, which are medium-sized trees and also a wide variety of bushes and shrubs that grow in soil that is not high in nutrients. 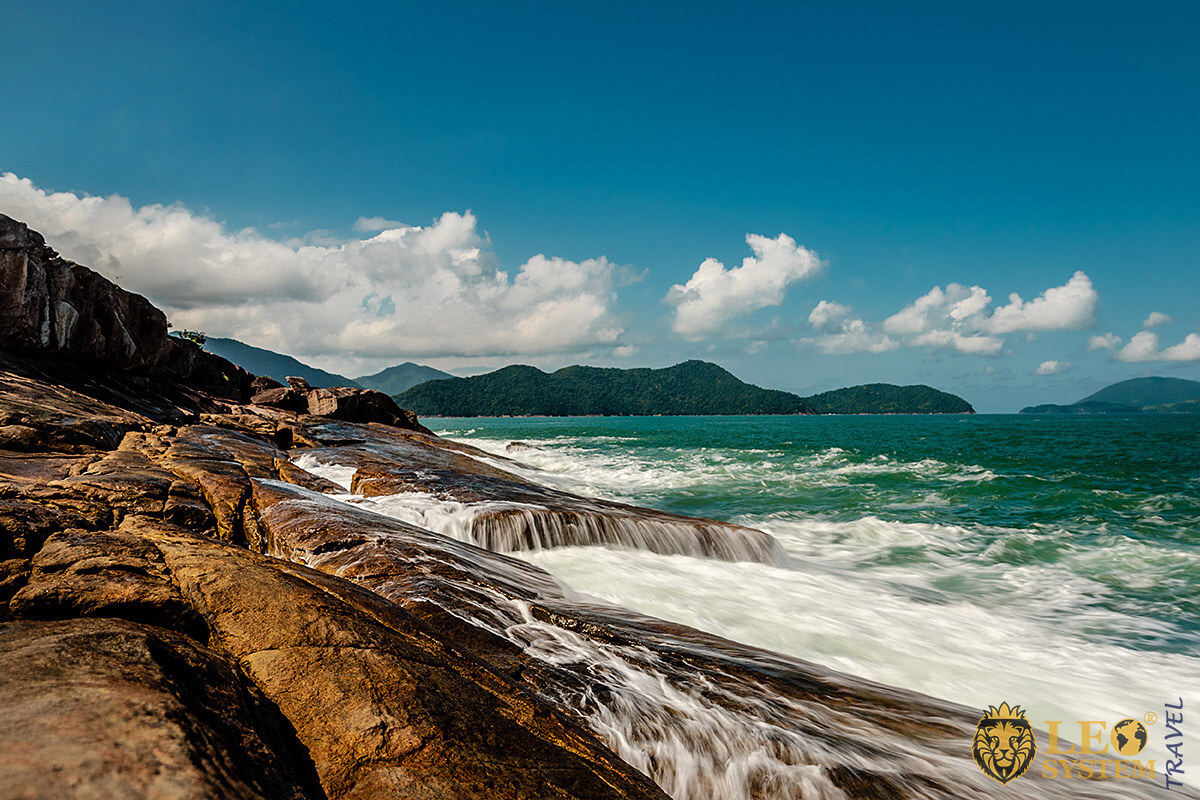 Such vegetation typically grows near the sea and rivers or any other types of water sources with the soil being particularly sandy.

Inside the city itself, there are many large parks that all residents are free to enjoy by relaxing or exercising in, these parks are watered using the nearby Pacoti River which is the biggest river near the city.

The inhabitants of this city are very proud of their unique culture and local identity, the city is home to a large number of theatres such as the Theatro Jose de Alencar which was originally opened in June 1910 and to this day employs the same architecture that was popular during the early 20th century.

There is also a garden located near the theatre that is a popular place for attendees to wait before their theatre show begins. Other notable theatres in the city are Sao Luiz Cinema Theater and the Dragao do Mar Theater. 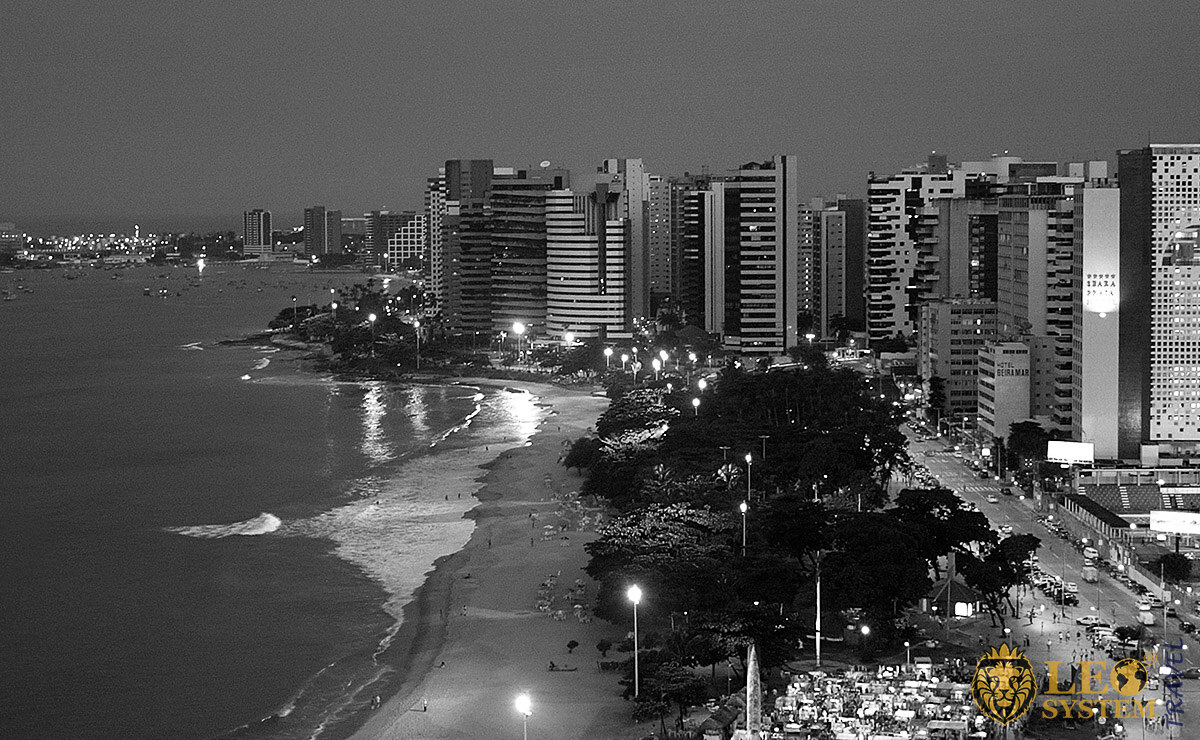 Fashion is also a massive cultural export of this northern city, which is further boosted by the flourishing garment and textile industry in the city that provides affordable materials. The most famous fashion stylist originating from the city is Lino Villaventura who has designed the outfits of many well-known Brazilian celebrities.

Football is the main sport in the city, with the city being home to multiple professional football teams such as Fortaleza EC, Ceara Sporting Club, and Ferroviario Atletico Clube. Furthermore, more the city was one of the host cities of the 2014 Brazil World Cup which saw the construction of the Castelao Ceara stadium that has a capacity of 63 thousand people. 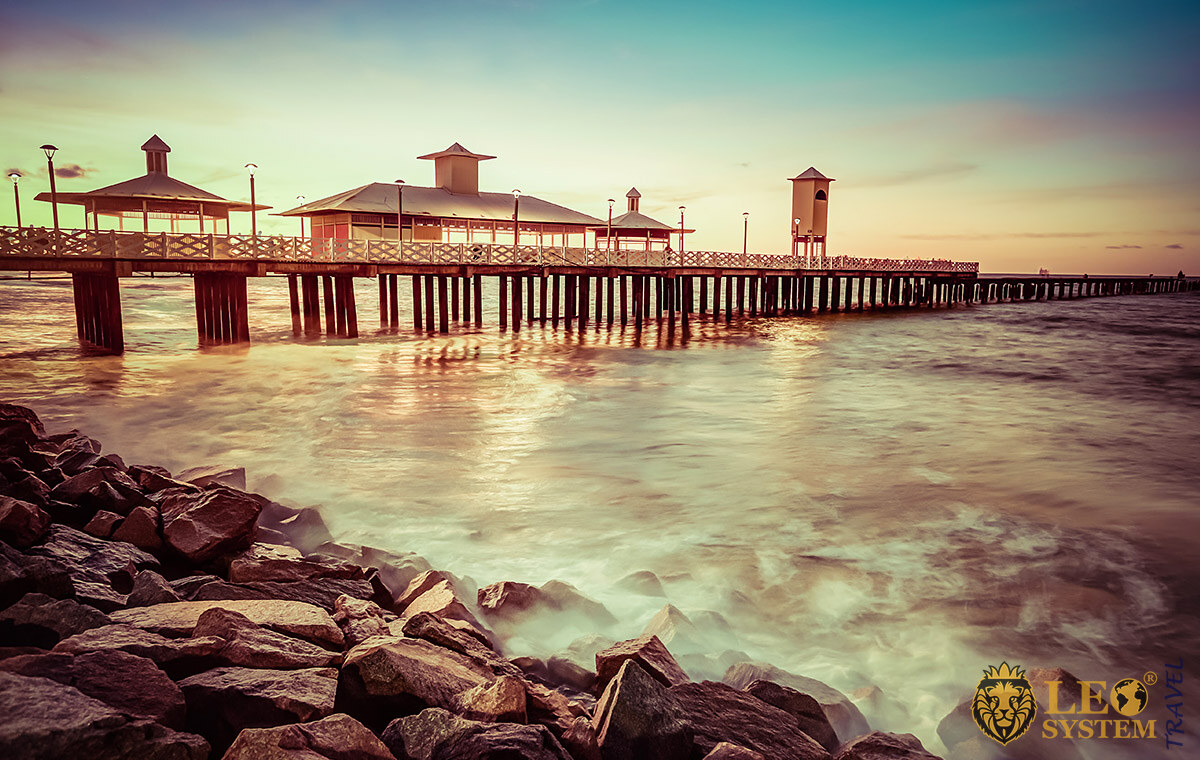 Martial arts are the second most popular sports in the city, with a large number of training academies for youngsters to master their skills. All kind of fighting disciplines is taught, including Brazilian jiu-jitsu.

By deciding to travel to the city of Fortaleza, Brazil you will be able to experience high-quality northeastern Brazilian cuisine that in this particular coastal metropolis is shaped by the richest of the Atlantic Ocean with many of the dishes loved in the city featuring various types of fish as well as crab, shrimp, lobsters, and oysters. 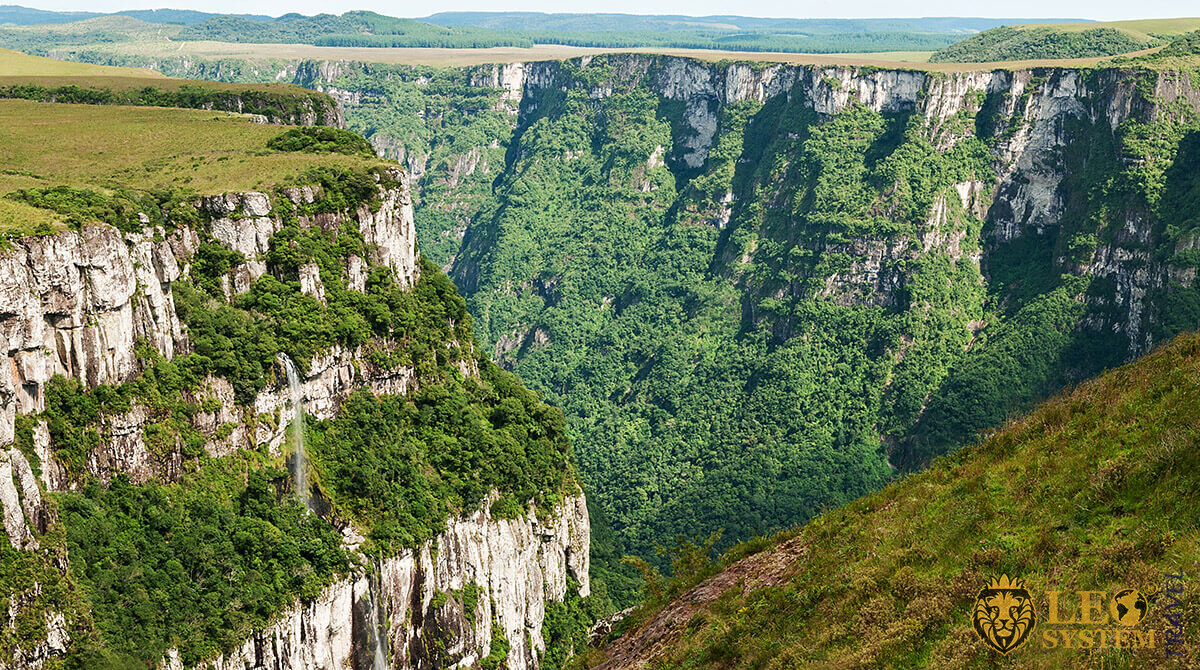 Instead of eating rice or bread, a dish known as Farofa which is toasted flour made from the manioc plant that is eaten with a variety of meals that usually consist of some kind of meat.

Due to how hot the city is, desserts such as ice cream are also very popular throughout the year, a traditional Brazilian dessert found in the city is called Tapioca which is a sweet starch pancake traditionally served on a big leaf from the local forests.

Read the article: Travel To The City Of Salvador, Brazil 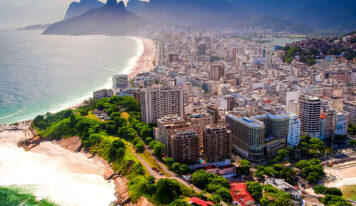