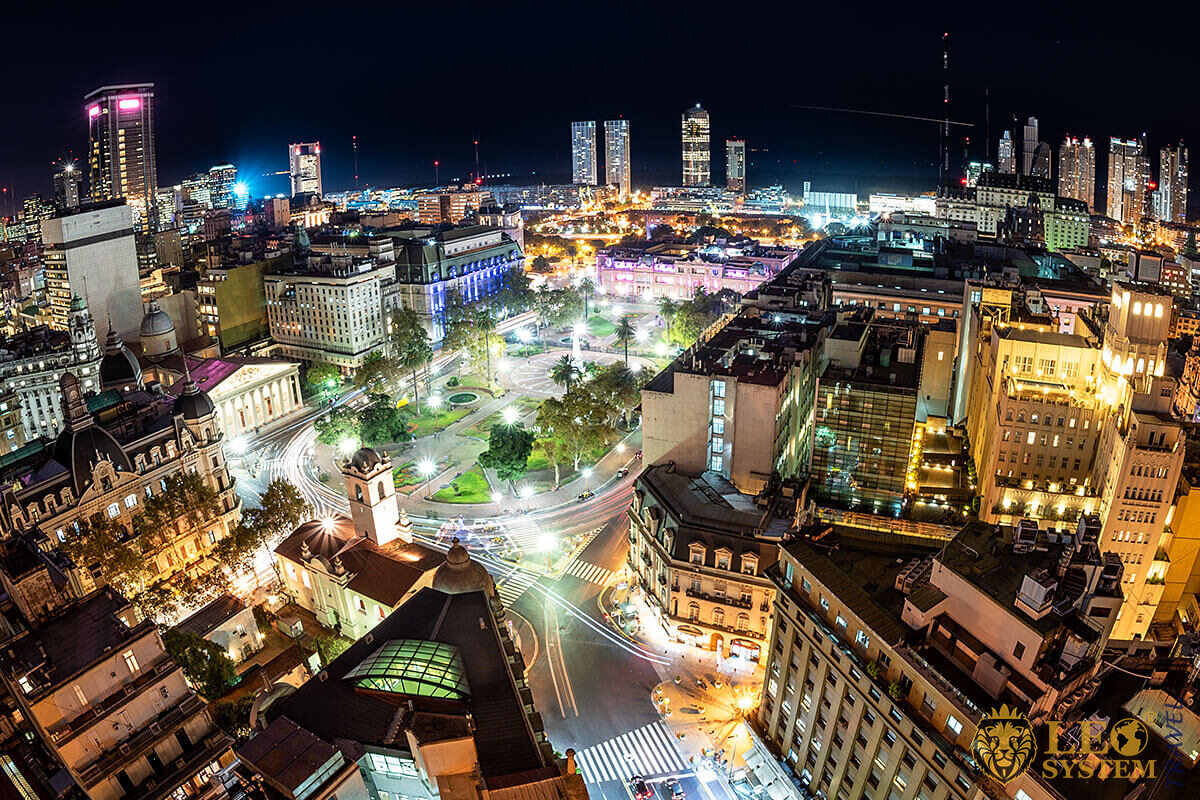 In this article, we will Travel to the 12 Best Attractions in Buenos Aires, Argentina, and find out what they have to offer. These are interesting places to visit. 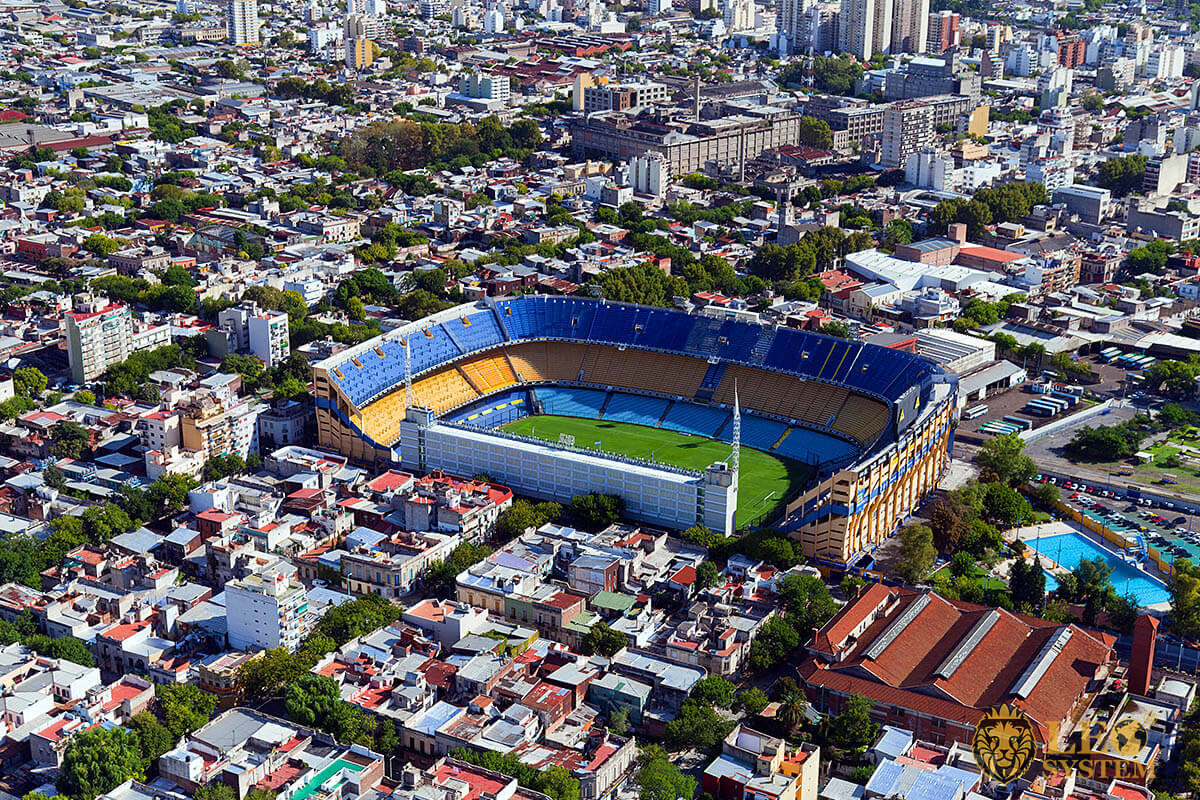 Officially The Estadio Alberto J. Armando, but generally referred to as La Bombonera (in English – the chocolate box). The stadium is owned by Boca Juniors, which is one of the top football clubs in Argentina.

There is a high demand for touring the stadium, and you may have to wait in line to enter; however, by booking in advance, you can purchase a “Skip the Line Tour.” 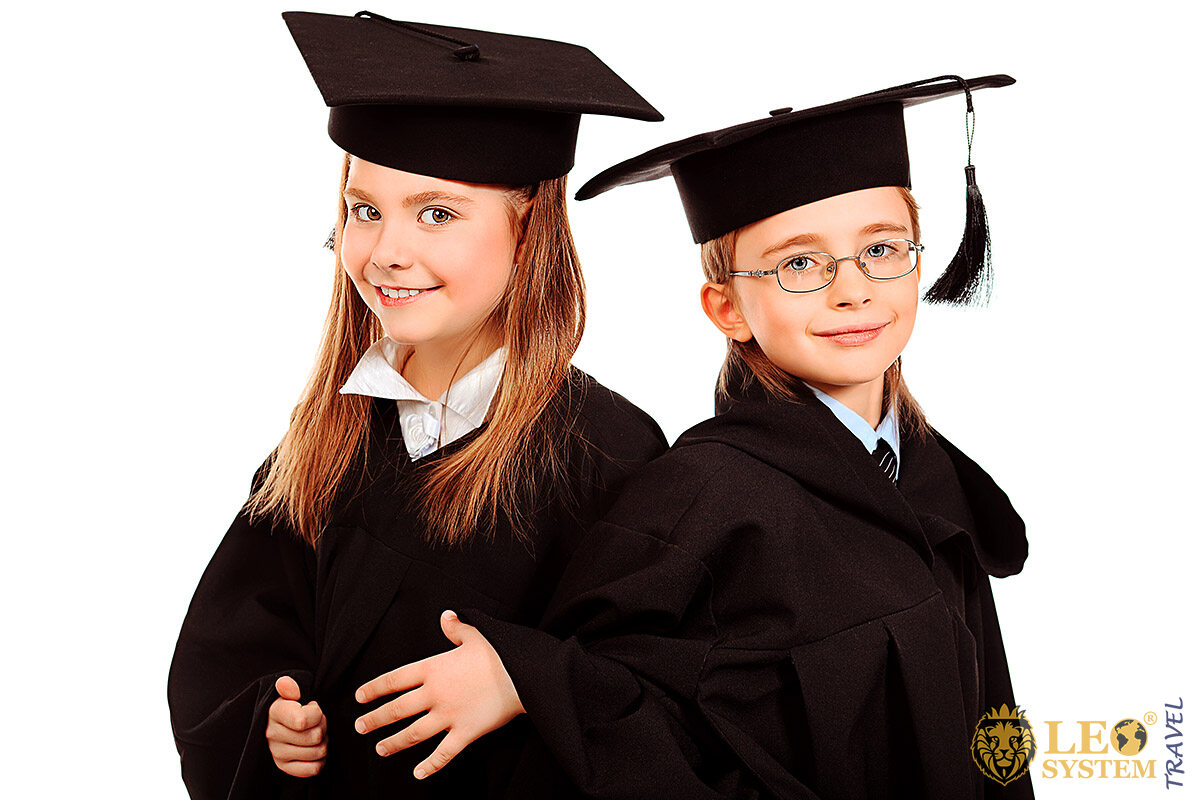 This “Biblical Theme Park” has a delightful combination of bible stories, tableaus, and a forty-foot Jesus. It is a large, rambling site that has been built to resemble biblical Jerusalem (constructed mostly of fiberglass).

Inside the artificial huts are plastic roman soldiers, Jesuits, and figures. Animatronics abound, and there are many places where you can pose with the characters for selfies.

Staff members are all dressed in biblical clothing, but the place seems so far from being holy that it feels perhaps a little tacky. 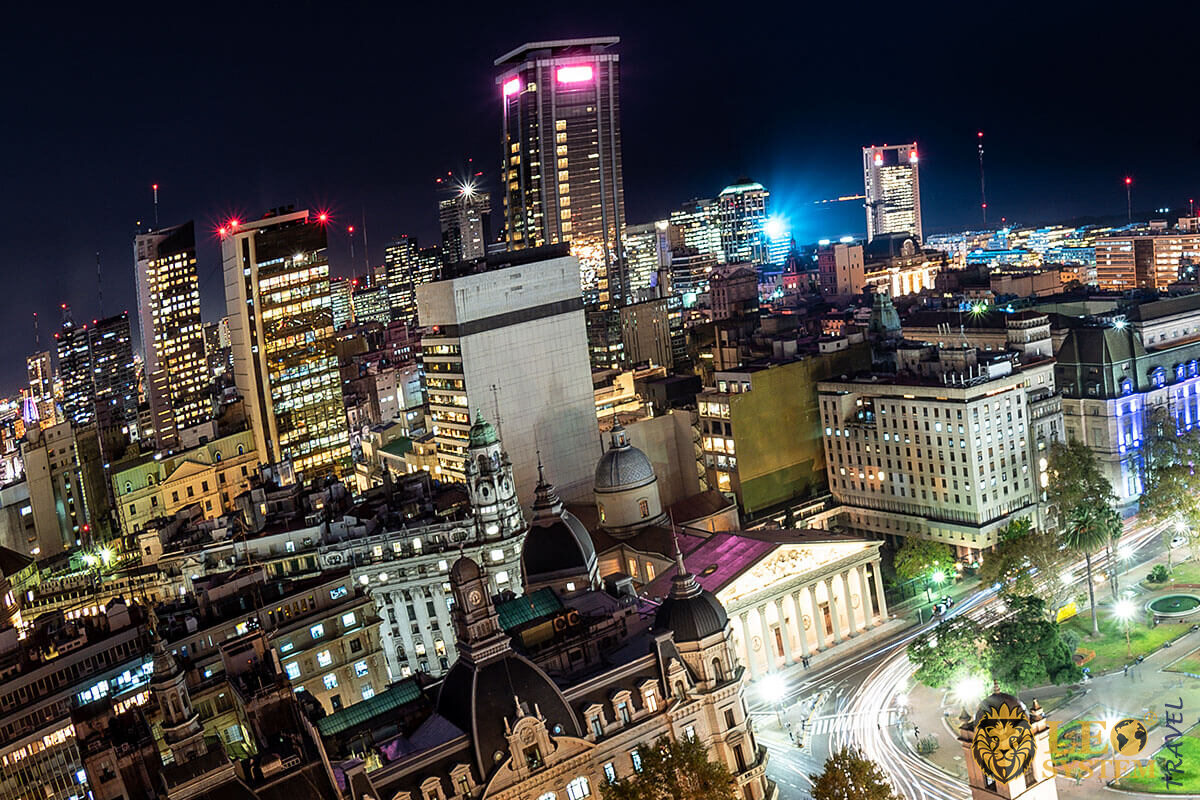 Bar Isabel is an iconic nightspot in Buenos Aires. It is closed on Sundays and Mondays. Tuesday it opens from 7 pm until midnight, Wednesday and Thursday until 3 am, Friday and Saturday till 5 am. You can find the bar at Uriarte 1664, 1425 Buenos Aires.

The bar is an exclusive hotspot and very stylish (see the mirror maze bathroom). But, all of this has a price.

On the outside of the building, you will not even find a sign; it is very comber and conservative in appearance. It has a reputation for a place to go and “look cool” rather than enjoying oneself. 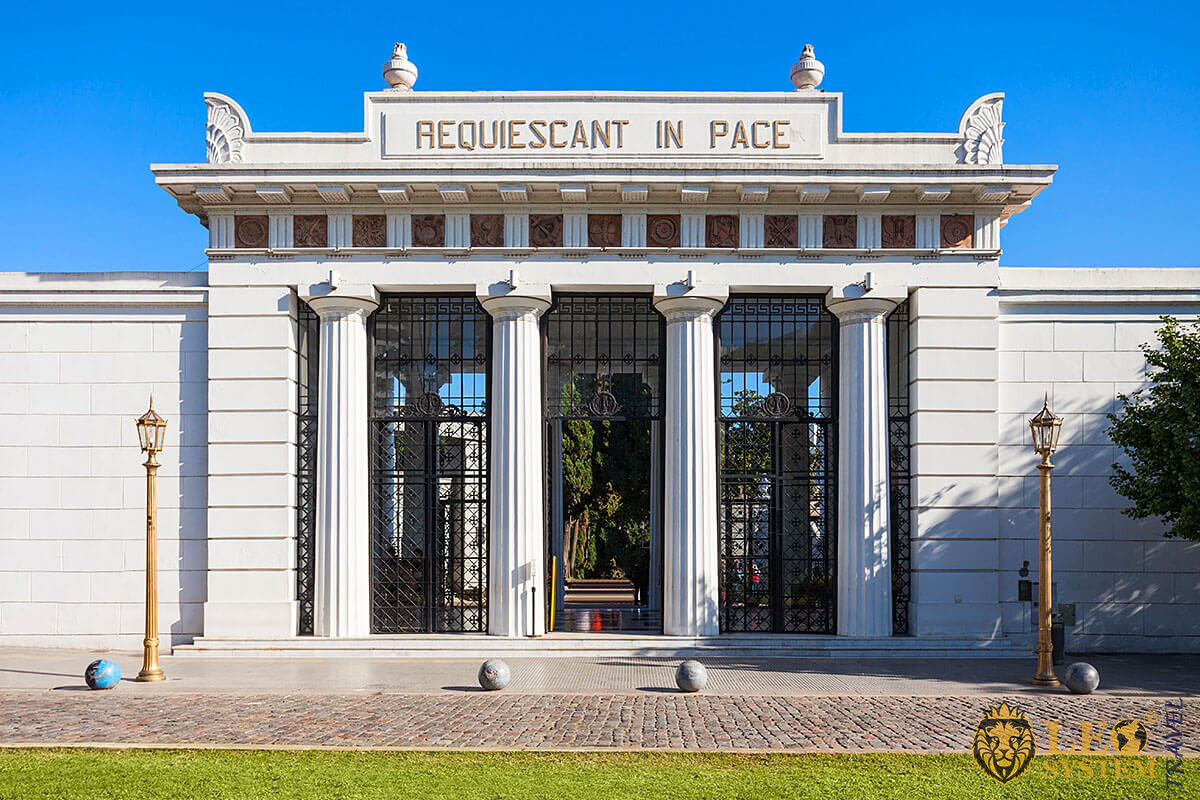 It may seem odd to think of a cemetery as a tourist destination but ask anyone, and they will suggest that during your trip to Buenos Aires, you should visit La Recoleta Cemetery. It is located in the Recoleta neighborhood of Buenos Aires, Argentina.

It contains the tombs of several famous people, including Eva Perón. The history of the cemetery stretches back to the 17th century, when monks of the Order from the Recoletos arrived in the area. A well laid out cemetery that can be an enjoyable place in which to stroll. 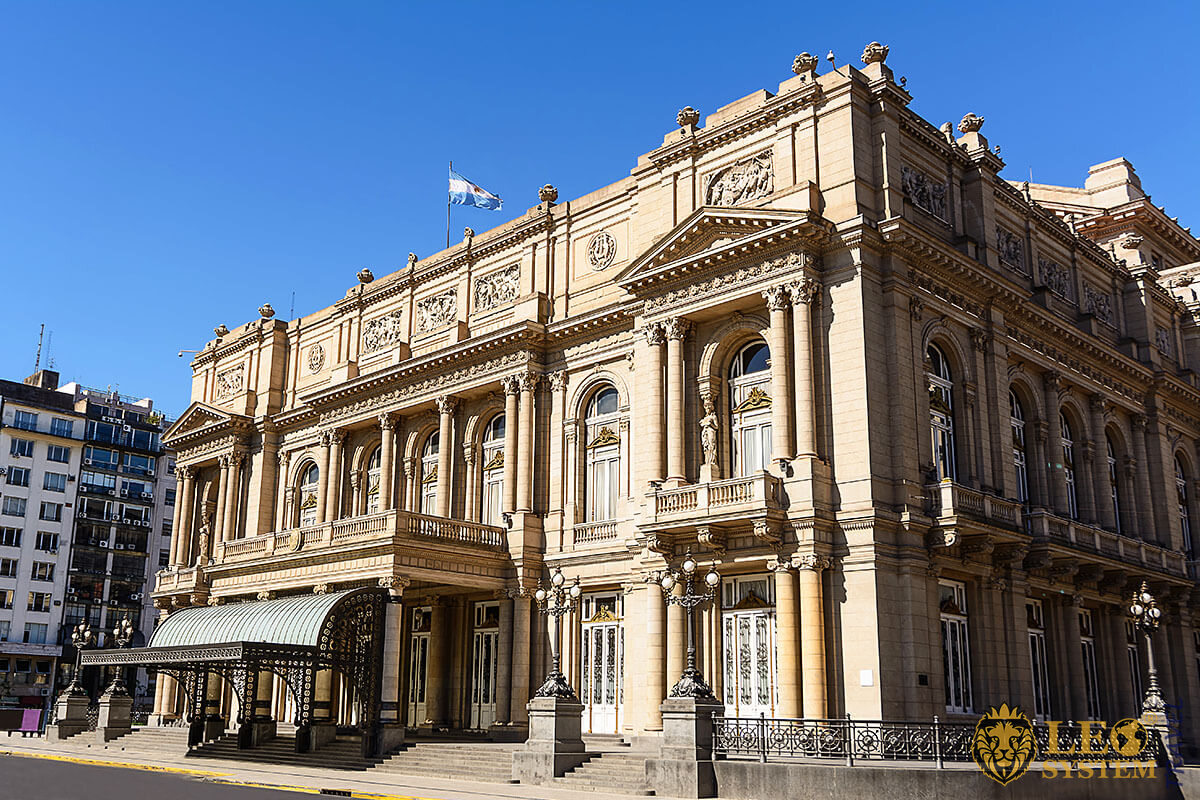 Many well-known figures from the world of Opera have performed at the Teatro Colón. The auditorium has approximately 2,500 seats and standing space for 1,000 patrons.

The building has three levels below ground and a further six above ground. The quality of the acoustics is such that it has been included in the top five performance venues in the world. 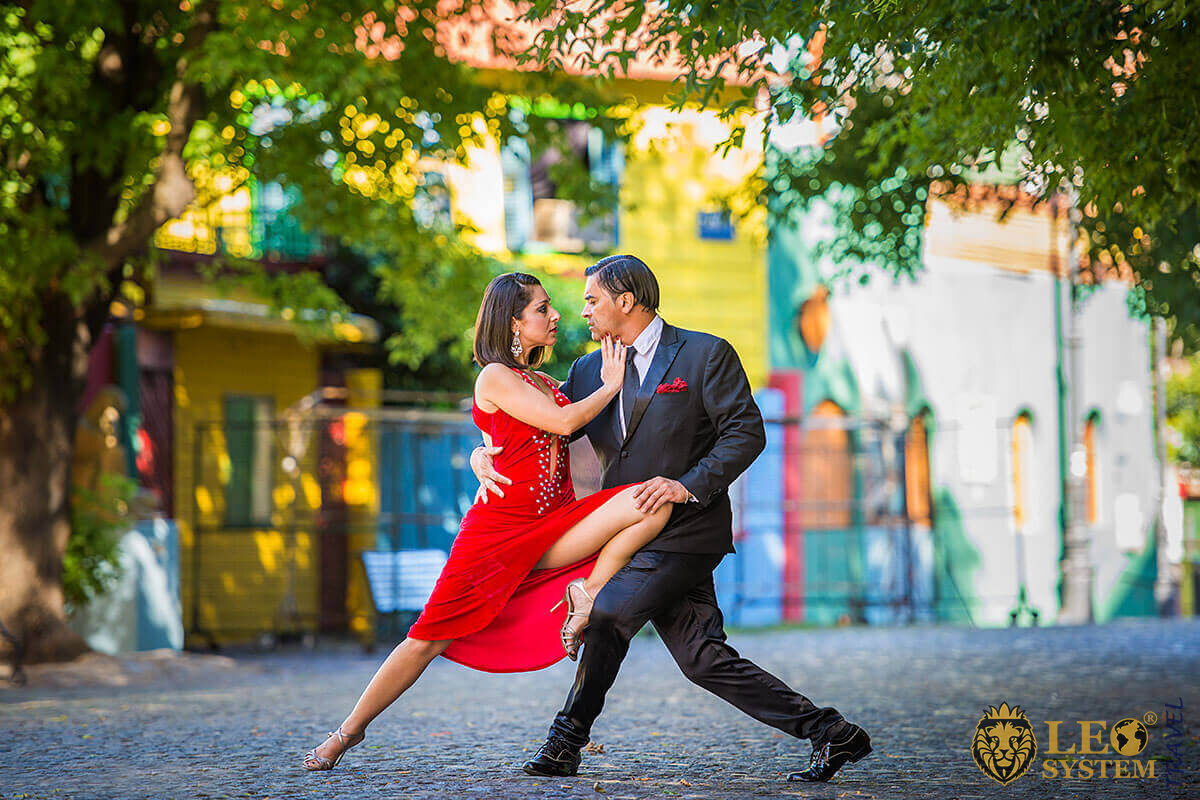 An event that should not be missed is the atmosphere of Feria de San Telmo Sunday Fair. It is one of the most famous regular events that take place in Buenos Aires.

It takes place between 10 am and 4 pm (dependent on season or weather), in an architecturally attractive district. There is a broad range of antiques, art, trinkets, and food. It is also known for the Tango dancing that takes place. 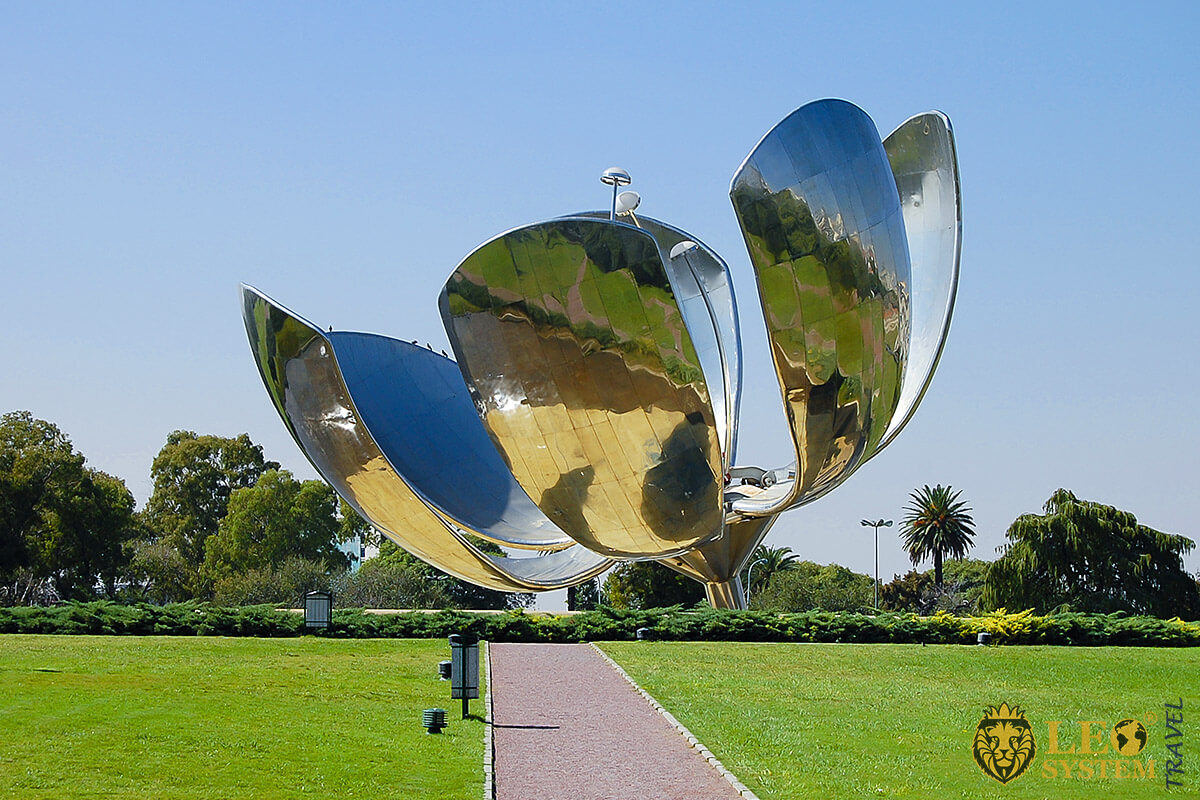 Malba is taken from the initials of the Spanish language venue name: Museo de Arte Latinoamericano de Buenos Aires. Malba exists to collect and conserve Latin American Art from the beginning of the twentieth century until now.

The gallery/museum has a permanent collection and also hosts temporary exhibitions. It also has a significant film program and also restores films judged to be of historical value. There are both children’s programs and guided tours to the venue available.

Of course, we should write about the giant metal flower – Floralis Generica. This stunning art!

This is a unique steel flower. The sizes of this flower are amazing. It has 6 metal petals. Height 23 meters, Weight 18 tons, Total diameter – 44 meters. 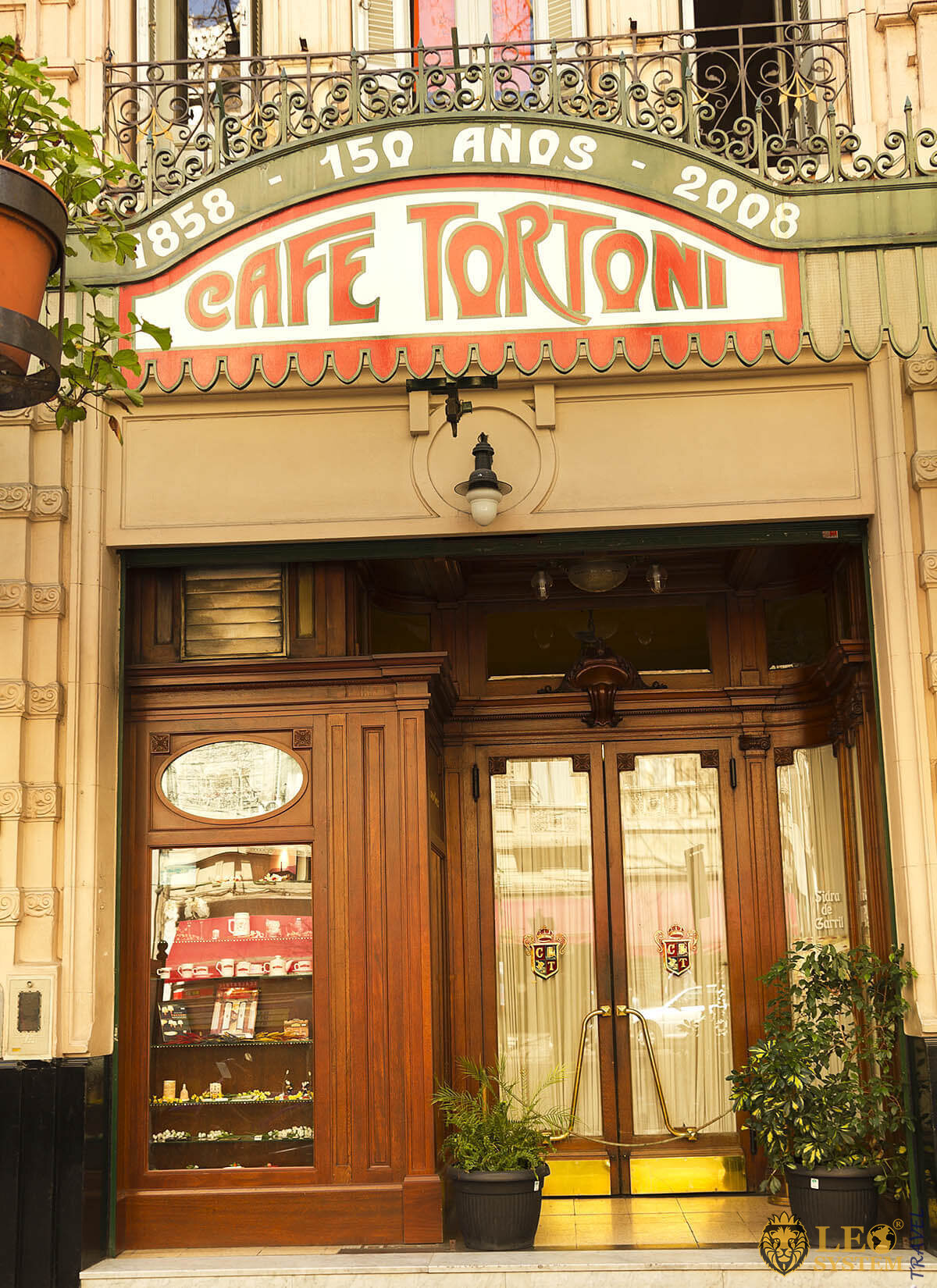 Café Tortoni is one of the most well-known cafes in Buenos Aires. It was opened by a French immigrant, by the name of Touan, in 1858.

It was named after a Parisian Café of the same name, located on the  Boulevard des Italiens. UCityGuides placed the Café on the list of the ten most beautiful Café in the world. In 1880, it moved to a new location (the current one).

When you visit the Café, you will step back into a more glamorous time. The place exudes a Latin American atmosphere. 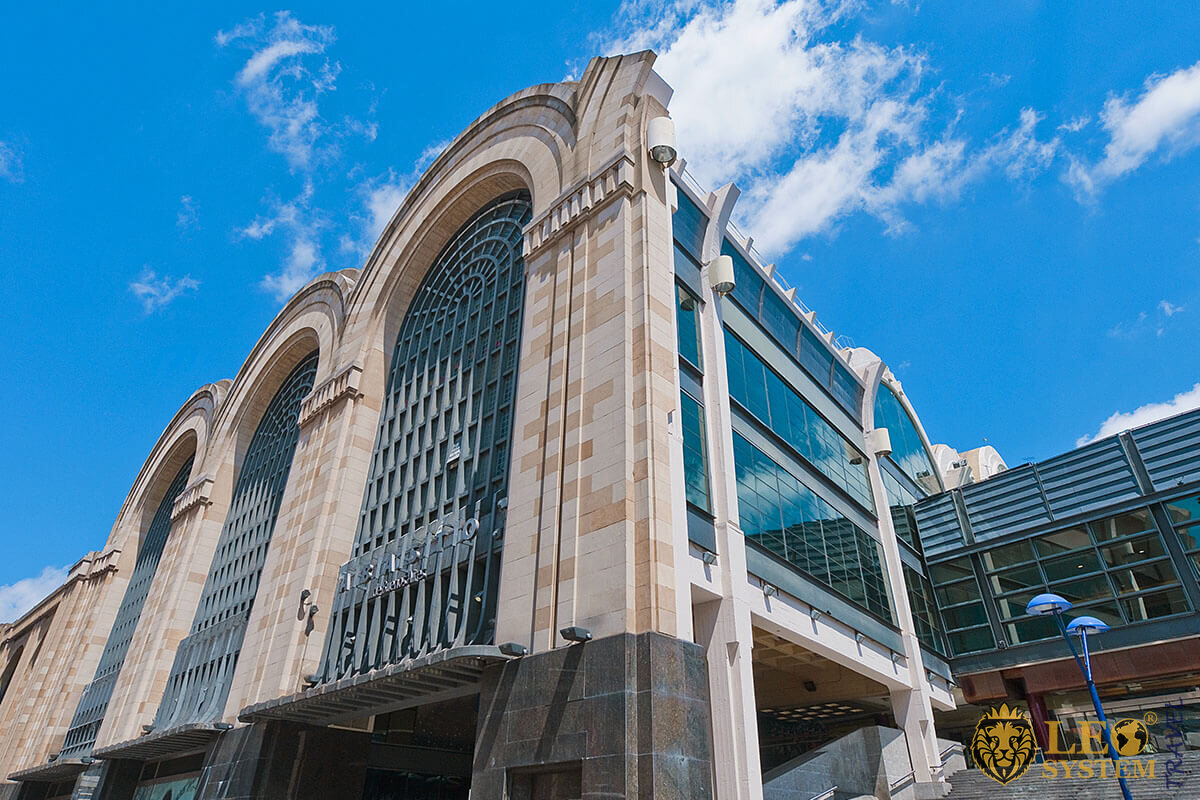 Museo de Los Niños is an essential destination if you are visiting Buenos Aires with children. It is an interactive museum, (a Museum that recreates a child-sized city), with a great deal to interest children. It is perfect for youngsters between the ages of three and twelve.

The museum is located in the Abasto Shopping Center, on the second floor. Inside the museum, there are miniature versions of various city locations where children can learn through playing. 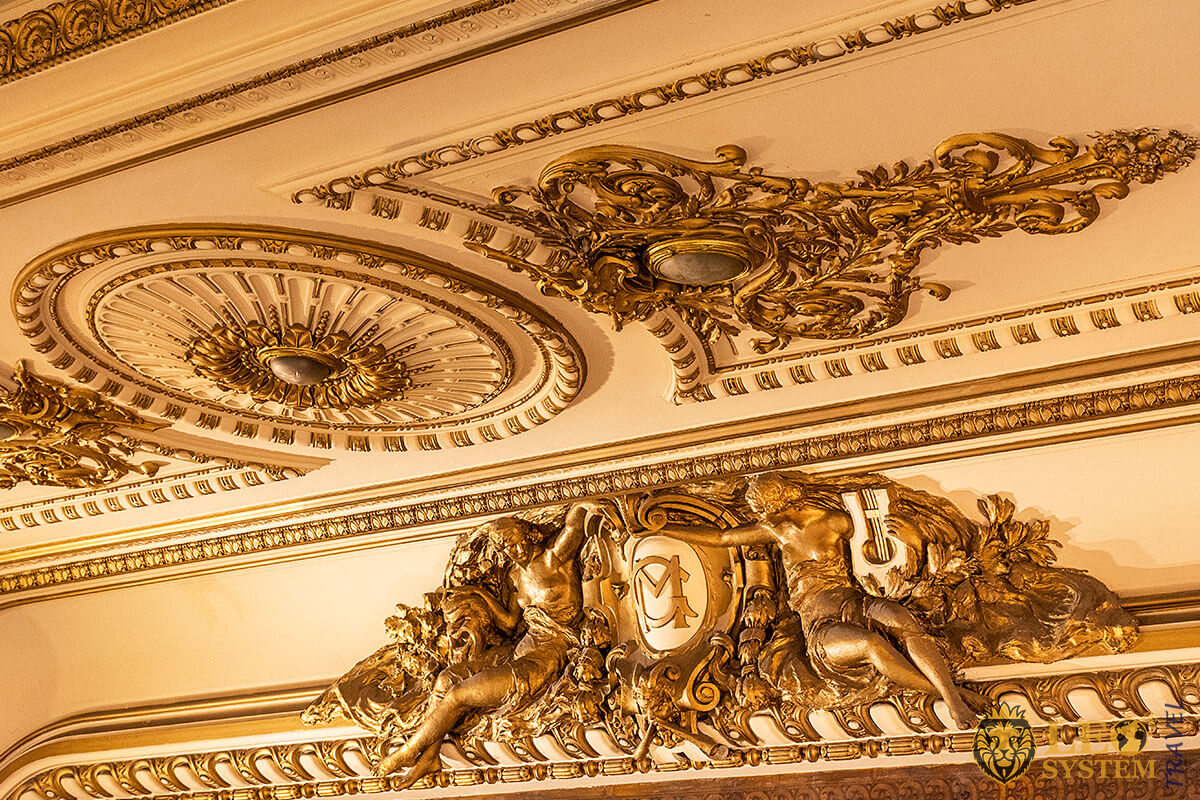 If you love books or architecture, then during your visit to Buenos Aires, you really must ensure you get to visit El Ateneo. The venue started as a theater, later it became a cinema, and now finally a bookshop. This is a very great bookstore.

The store has retained the original magnificent fresco ceiling, theater boxes, and rounded balconies. You can still see the stage with plush red curtains.

The store has a vast history and has had many famous patrons over the years in its various eras. Enjoy live piano music while sipping coffee as you soak in the grandeur of the building. 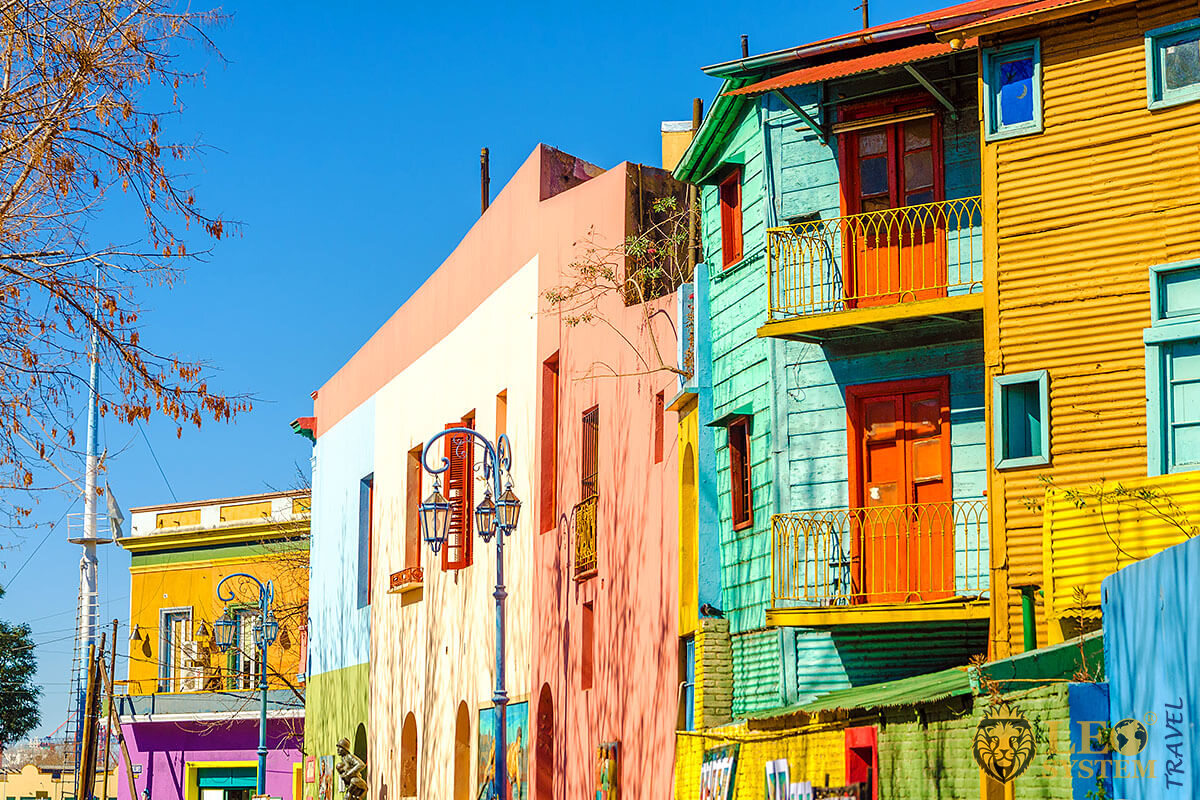 El Caminito is an unusual “Street Museum” and a traditional alley located in the La Boca neighborhood.

The route of the alley was at first a small river, which dried up and later became a route for a railway track. Finally, it was just left as an abandoned eyesore.

By 1960 a wooden stage had been erected at the south end of the alley. In 1972, it was replaced by a Theatre House. The atmosphere of this neighborhood makes it well worth a visit. 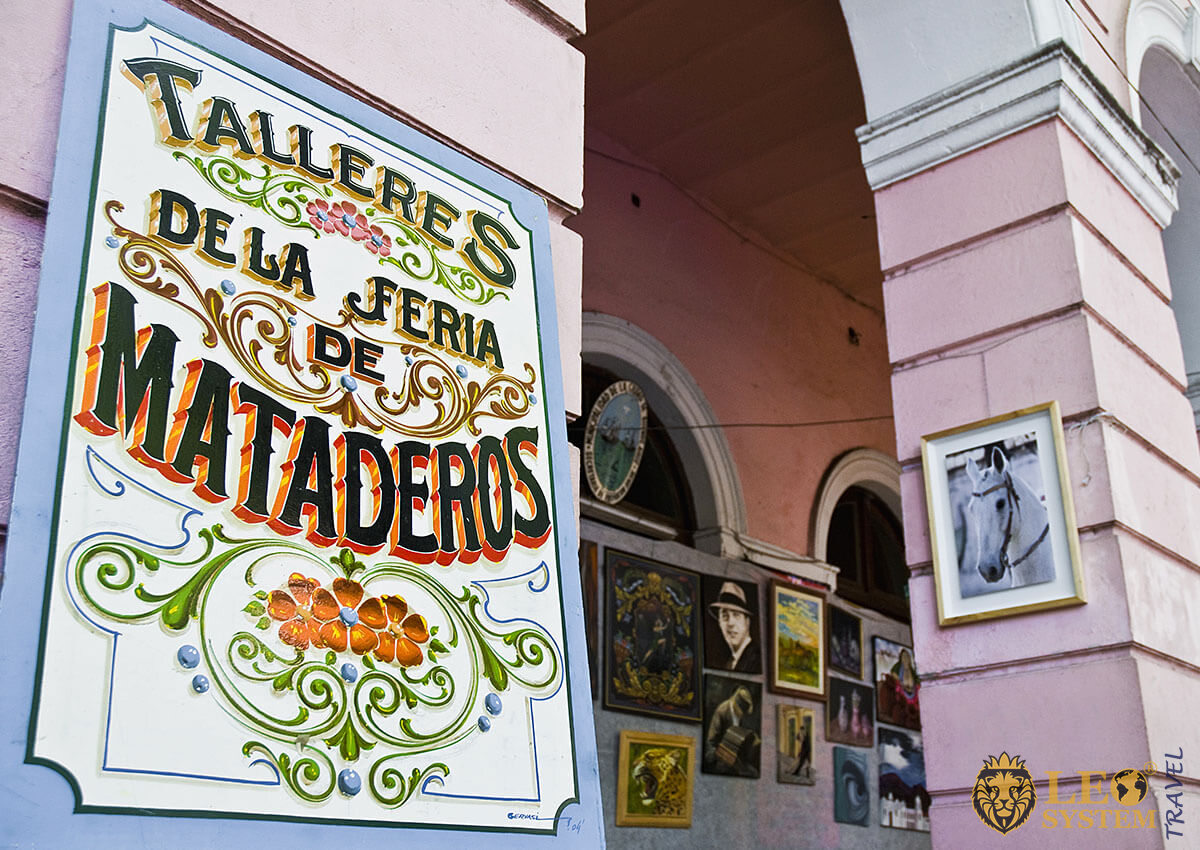 Just outside the city (a mere few blocks away from the city limits), there is a weekly event where Argentinian cowboys (Gauchos) demonstrate their horsemanship.

You can see traditional dancers and listen to folk music amongst food stands and in an inspiring atmosphere. This place is an excellent opportunity to see the real rural culture just a short distance from the city.

We hope that you enjoy your Travel to the 12 Best Attractions in Buenos Aires, Argentina.