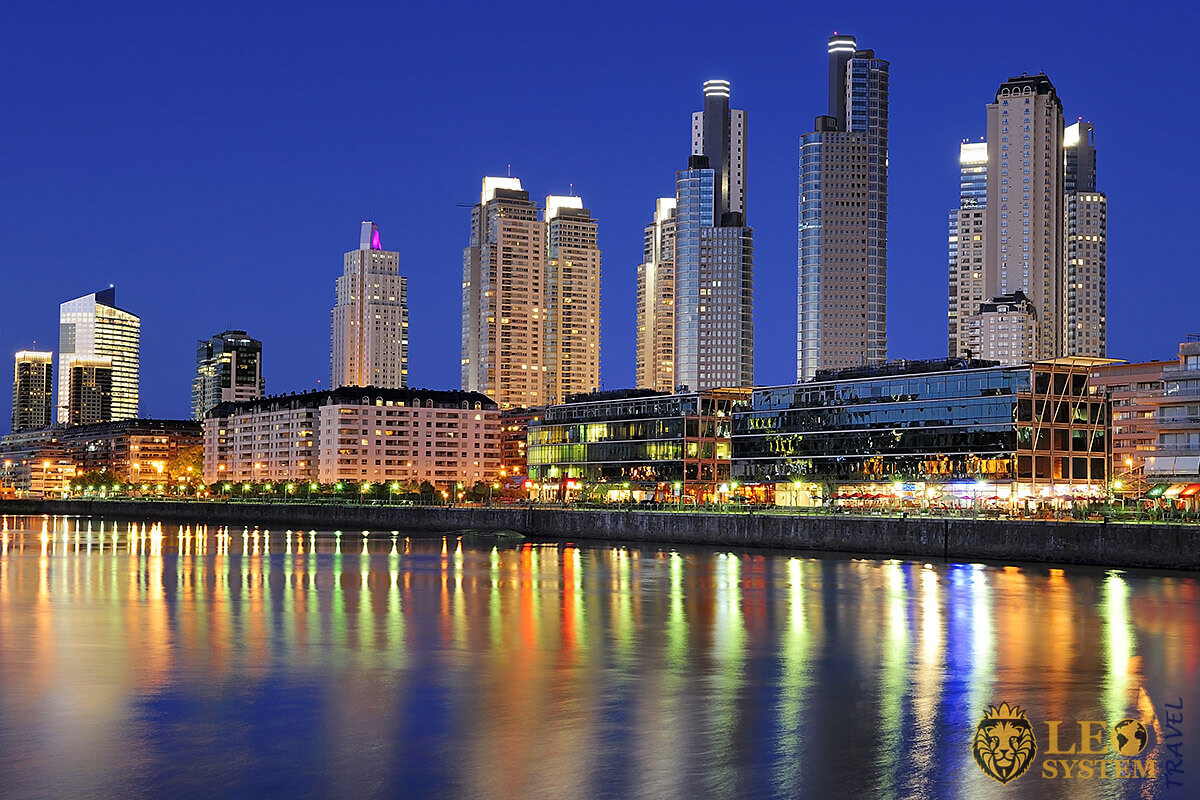 Argentina is a massive country that is home to some of the most diverse environments in the world from the border of the Andes mountain which is the longest continuous mountain range in the world, and it is located between Chile and Argentina, to the desserts in the north and middle regions of the countries and the ice glaciers located in the northern provinces of the country.

In this brief article, we are going to be telling you about the top 10 popular cities in Argentina and why you may be interested in visiting them. 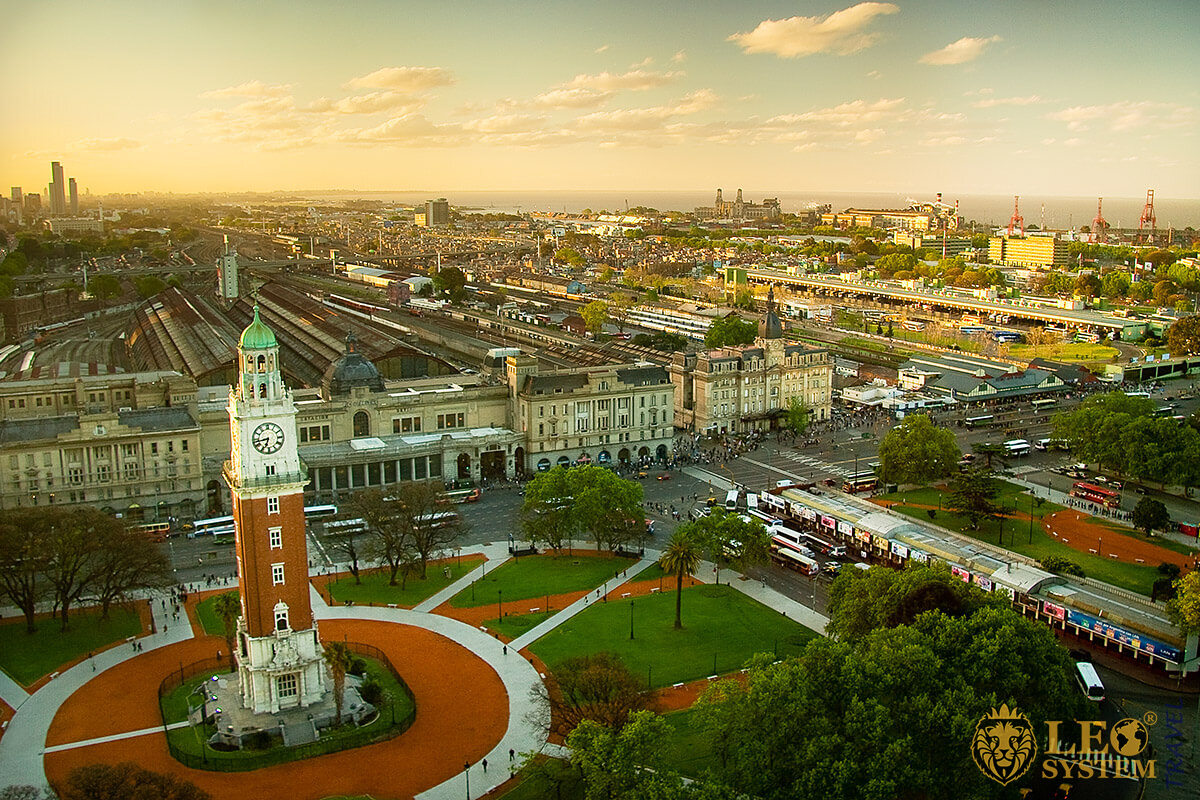 The city is the large most populated in South America with a population of 3.06 million behind only Rio de Janeiro which has a population of 6.75 million, meaning that the city of Buenos Aires is a megacity.

Buenos Aires is the most visited city by tourists in South America with a total of 2.46 million visitors just in 2019. Some of the popular attractions that draw in tourists include the Casa Rosada, which is a massive mansion which is the home of the President of Argentina.

The Caminito which is a colorful neighborhood known for being the birthplace of the famous Caminito tango music and also the Museo Evita which is the official museum of Eva Peron who was the First Lady of Argentina and remains a famous figure in Latin America. 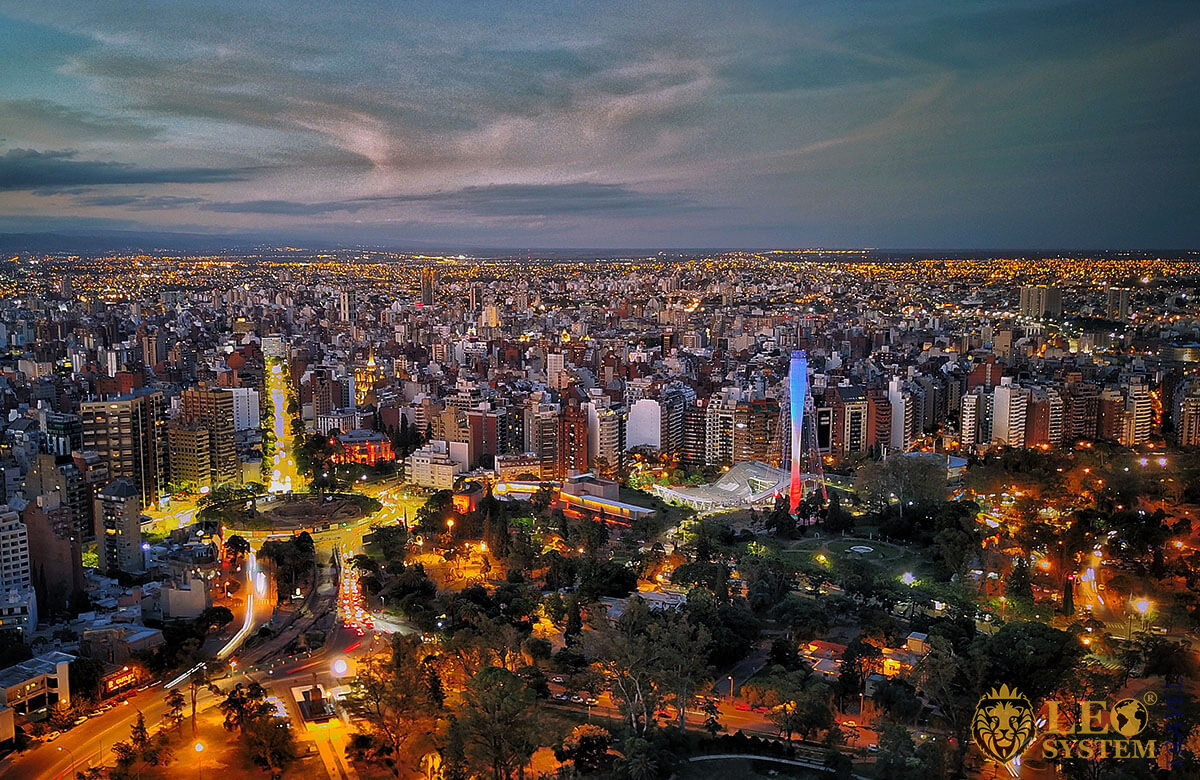 Population: 1.39 million. Founded in 1573 by Spanish conquistador Jerónimo Luis de Cabrera, who named the city after the southern city of Cordoba in Spain.

Cordoba is one of the oldest cities in Argentina, it is home to the oldest university in Argentina called the National University of Córdoba which was founded in the year 1613 and to this day remains one of the top universities in the country of Argentina. Cordoba is famous for its traditional Spanish architecture, with the city being built by Spanish settlers and being part of a Spanish colony for hundreds of years.

A very culturally and historically rich city that attracts hundreds of thousands of tourists every year, the Plaza de San Martin which is the central square of the city filled with statues of famous Argentinian heroes such as General Jose de San Martin who is viewed as the liberator of Argentina.

If you love the outdoors, then you will love the Parque Sarmiento which is a massive park that is home to multiple gardens and lakes that you can help you relax and finally the Paseo de Las Artes which is very popular both with tourists and natives of the city. The Paseo de Las Artes is an open-air market where individuals sell homemade and homegrown goods. 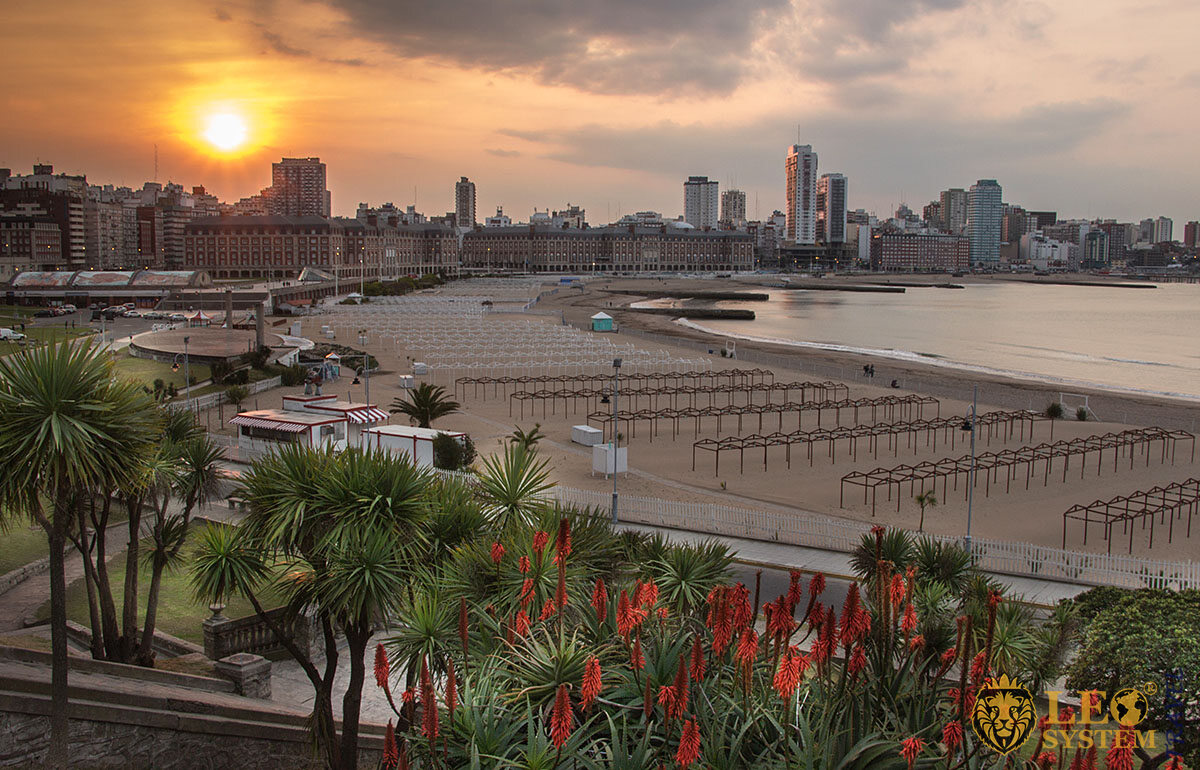 Population: 0.65 million. It is no surprise that we had to include Mar del Plata in our top 10 popular cities in Argentina article. One of the most populated urban areas in Argentina with a total population of 650,000 people as well as being the largest seaport and seaside beach resort in the country, the name of the city means ‘the sea of the Plata’ with Plata being a region of Argentina.

Mar del Plata is a modern city with all of the essential amenities on offer, a particular reason why it is such a magnet for tourists is the great nightlife facilitated by hundreds of night clubs as well as the many festivals hosted annually throughout the year such as The Mar del Plata International Film Festival and The Valencian Fallas which is a festival used to celebrate the Valencian roots of the early immigrants that founded this city.

Additionally, Mar del Plata offers you the opportunity to try a lot of foods that you cannot try at home such as the Chaura fruit and Sorrentinos dessert. 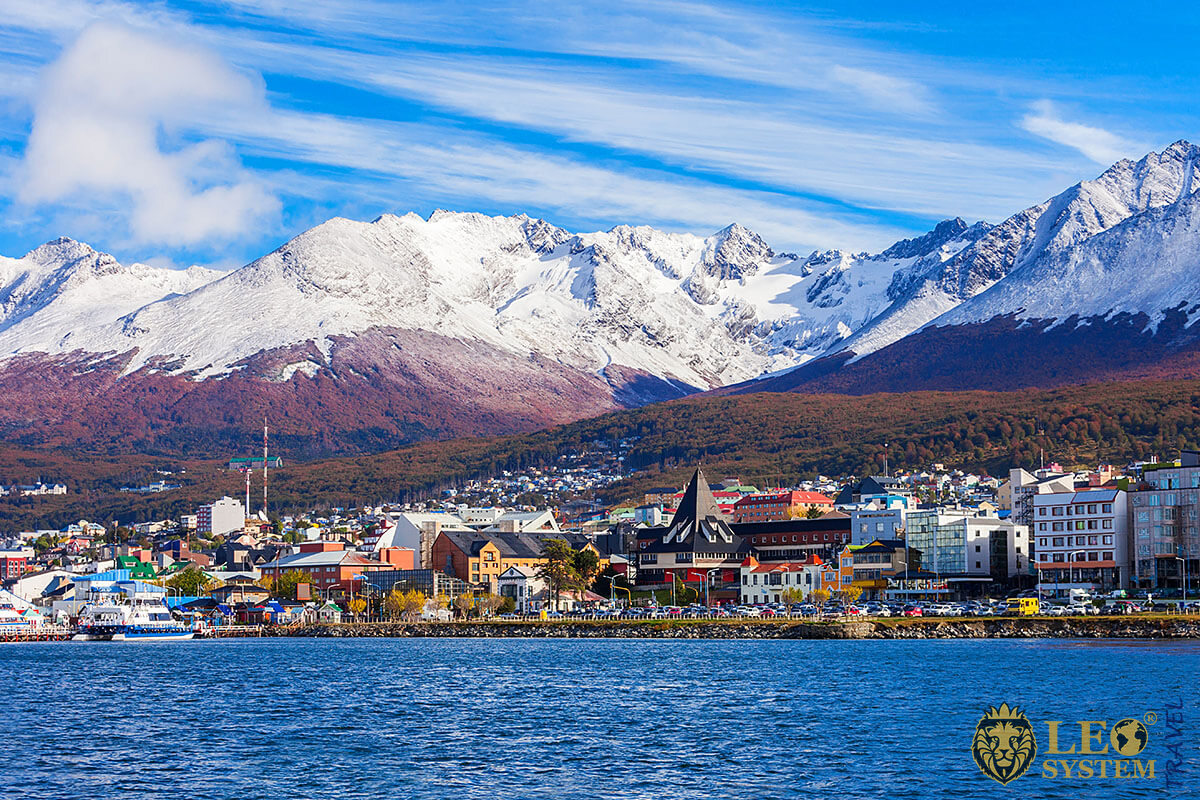 Population: 0.15 million. The most southern city in Argentina located on the Tierra del Fuego archipelago, it is home to just over 150 thousand people, making it one of the lowest populated cities in Argentina.

On average the city receives around 49.4 snowy days per year with an average yearly temperature of 5.9 degrees Celsius. Due to this, Skiing is a very popular activity in the area, with the biggest and most popular ski slope being the Cerro Castor, located on Mount Krund.

Ushuaia is also home to the Laguna Esmeralda which is a glacial lake that is popular with tourists thanks to the penguins that swim upstream and relax on the shores of the lake. Moreover, helicopter tours of the regions are also very popular as it allows people to truly take in the beauty of the mountains, forests, lakes, and other natural wonders. 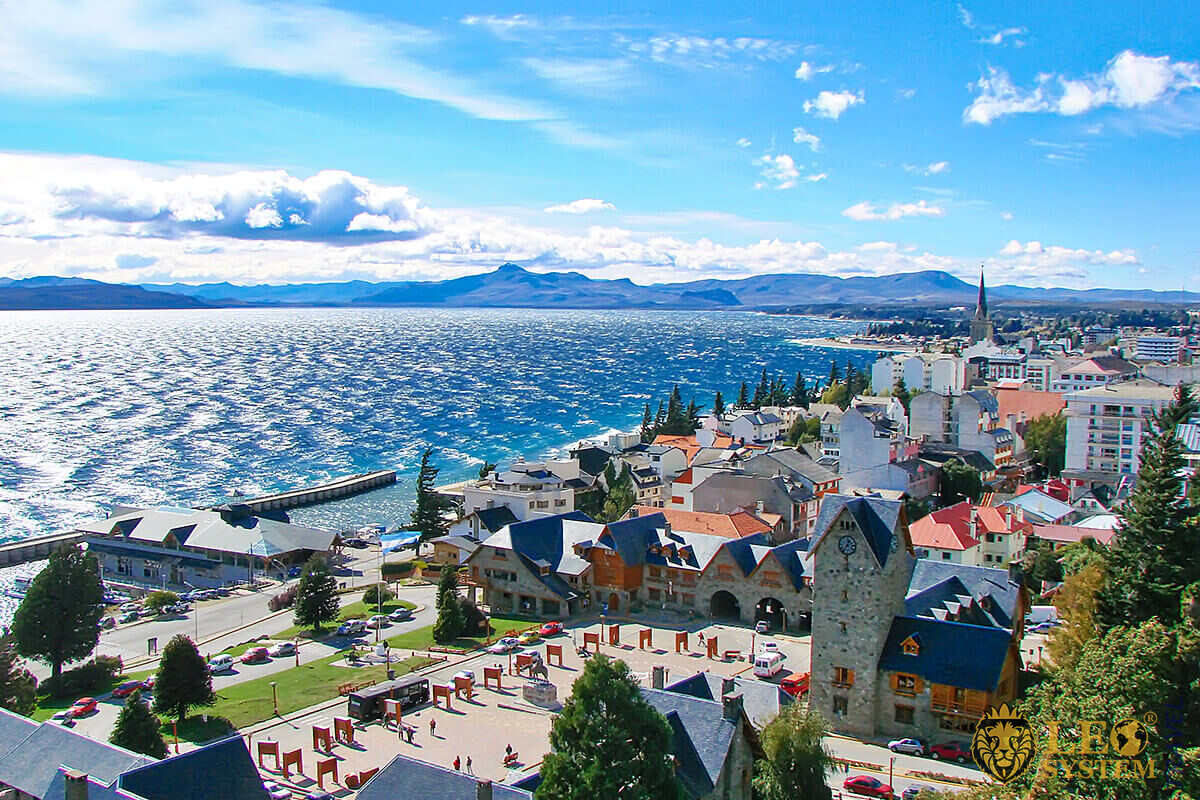 Population: 0.12 million. The city of San Carlos de Bariloche, known mostly simply as Bariloche, is another city on this list that is located next to the Andes Mountains.

However, what makes San Carlos de Bariloche unique is that it also borders Nahuel Huapi Lake and the city is also home to the Nahuel Huapi National Park which happens to be the oldest national park in Argentina having been founded in 1934.

Therefore, if you decide to take a trip down to San Carlos de Bariloche then you will have a lot of unique activities on offer such as mountaineering and trekking about the Andes mountains, fishing and enjoying water sports on the Nahuel Huapi Lake, taking part in skiing and snowboarding during the winter and also enjoying all the modern amenities in the city such as shops, cafes, and restaurants. 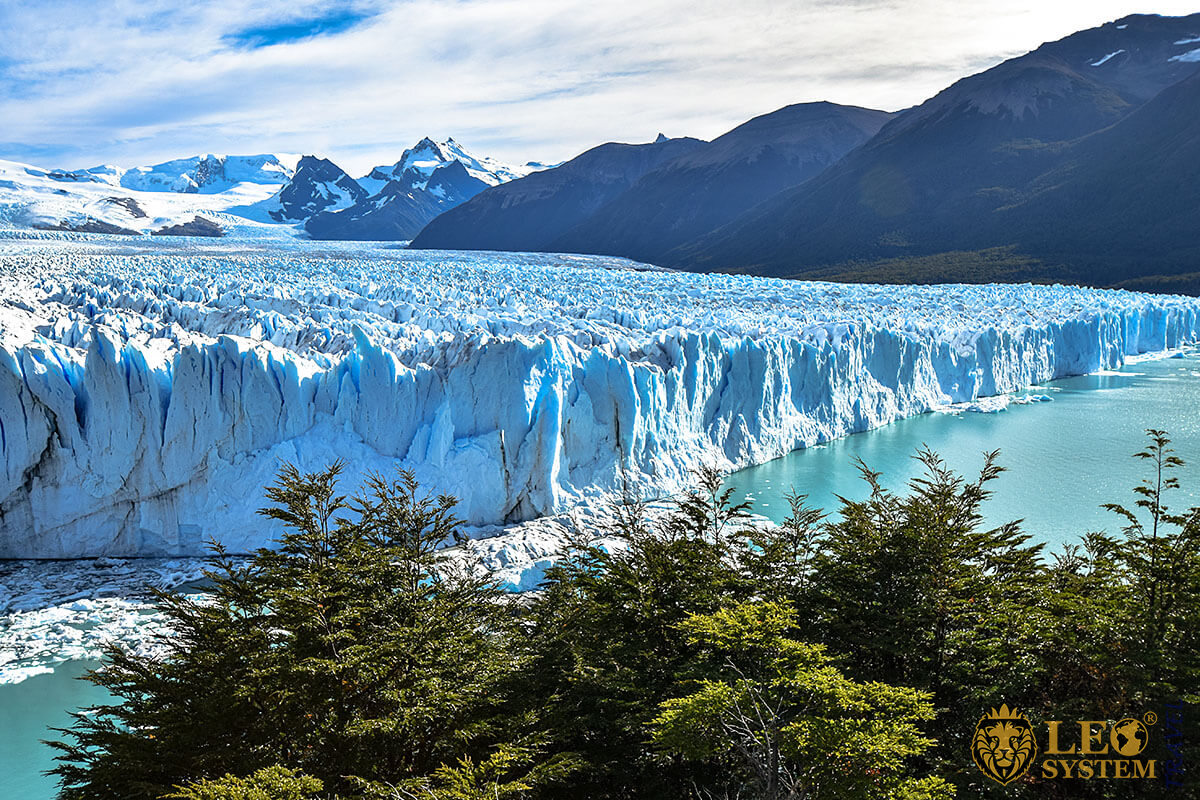 Population: 0.10 million. If you are an animal lover then the city of Rio Gallegos may be the perfect holiday destination for you, Rio Gallegos is the capital of the province of Santa Cruz located in the south of Argentina.

The city is unique since it is built around two bodies of water, the first is Gallegos River which runs through the city, and then it is Atlantic Ocean to the east of the city.

Many unique and rare species of birds live around the city such as the Rhea, Thrush, and Chingolo as well as other animals such as grey foxes and guanaco. Furthermore, Rio Gallegos has a very rich military history, as it was the launching base for aircraft during the Falklands War that took place in 1982. 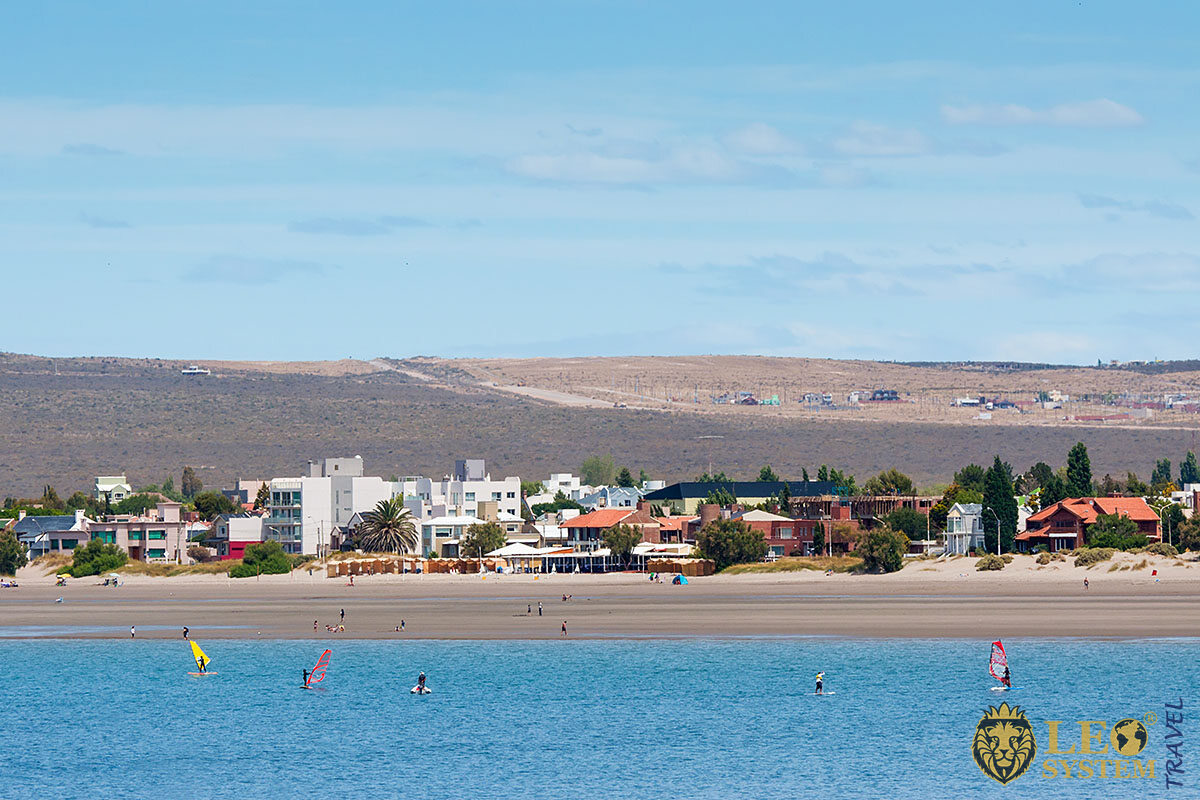 Population: 0.09 million. Puerto Madryn is a coastal city in northern Argentina which popular in the country and also internationally for its nice beaches which are used by tens of thousands of people during the spring and summer and also during the winter months particularly for surfing.

Furthermore, the beaches are a major attraction due to the colonies of sea lions and other sea species that come to sunbathe on the beaches and birth their young.

Other popular attractions in the city of Puerto Madryn include the Histórico Punta Cuevas Par which is a large cave complex that can be accessed thanks to affordable tour groups, whale watching and fishing are also popular activities that tourists can take part in. 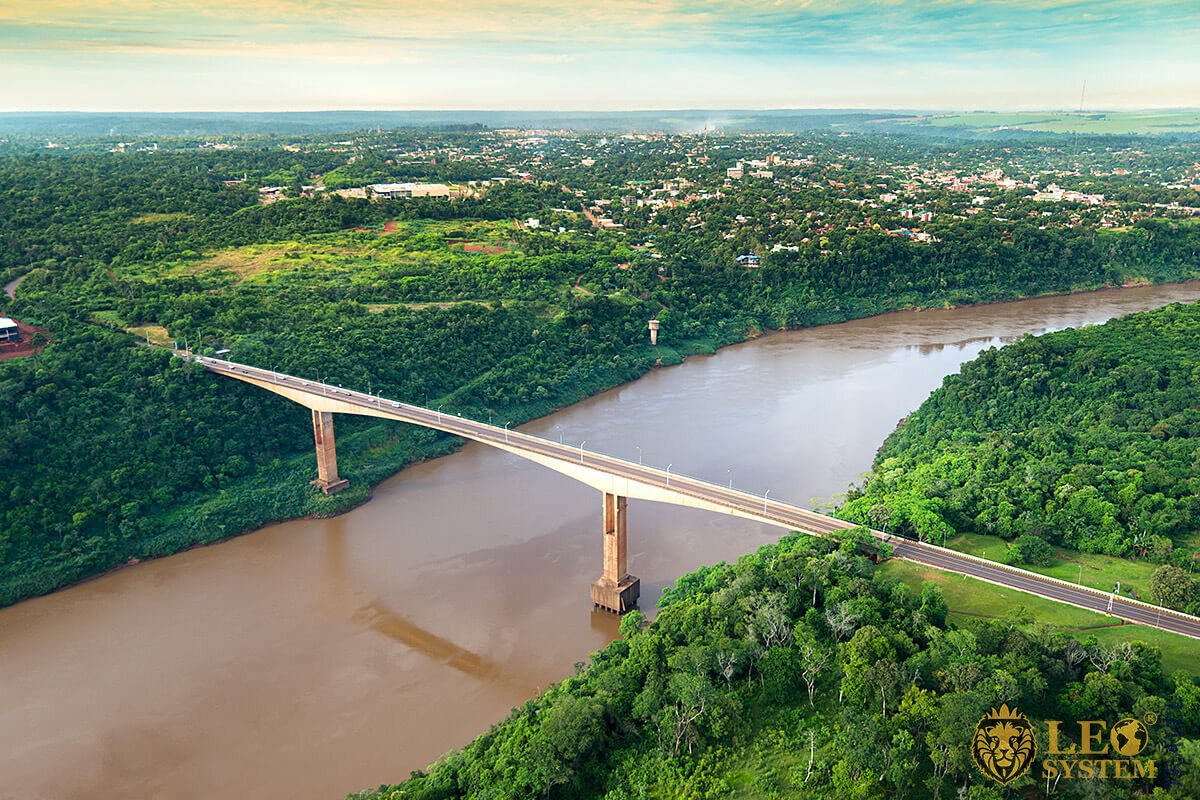 Population: 0.08 million. Another city that we just had to include in our top 10 popular cities in Argentina article is Puerto Iguazu. The city of Puerto Iguazu is a northern city that is located on the border with Paraguay and Brazil, the city is famous and is named after the Iguazu Falls which is one of the most famous waterfalls in Argentina.

There is a famous story that the city of Puerto Iguazu was founded after a Spanish explorer called? Álvar Núñez Cabeza de Vaca heard a loud noise of water, which led to him discovering the waterfall and eventually the founding of the settlement.

A large part of the economy of this city is based around tourism; the climate is a tropical one with luscious jungles located mainly in the Iguazu National Park which is home to an estimated 500 species of butterfly, 400 species of birds and thousands of species of plants. 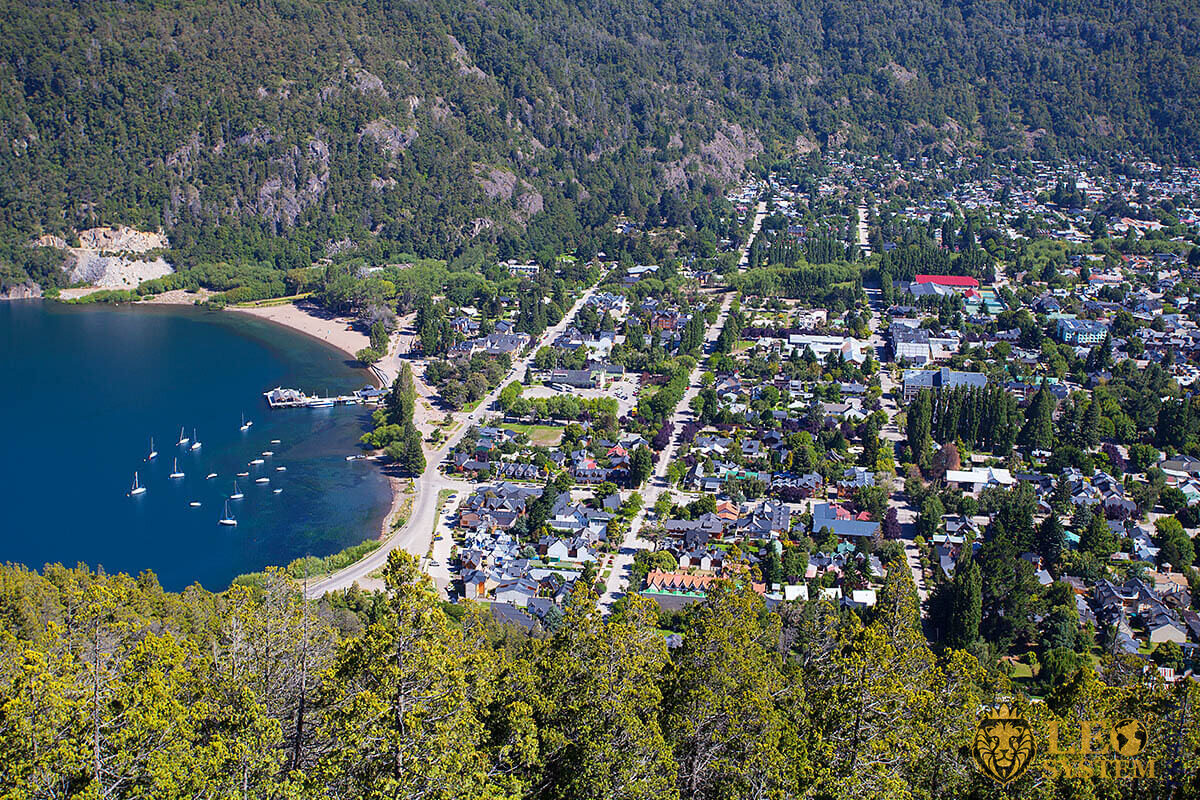 Population: 0.03 million. As the name of this city may suggest, San Martin de los Andes is located in the Andes Mountains, which act as a natural barrier between Chile and Argentina. Despite the city being home to a population of around 30 thousand people, it is still a very popular tourist destination all year round.

It is particularly popular with hikers and mountain climbers from all over Argentina and the world that want to experience and attempt to scale one of the most iconic mountain ranges in the world.

San Martin de los Andes is great for individuals who are craving an adventure and a more active holiday, as with any large mountain range, there is subsequently a lot of caves which can be safely explored with the guidance of organized tour groups. Furthermore, bird watching, as well as winter sports such as skiing and snowboarding. 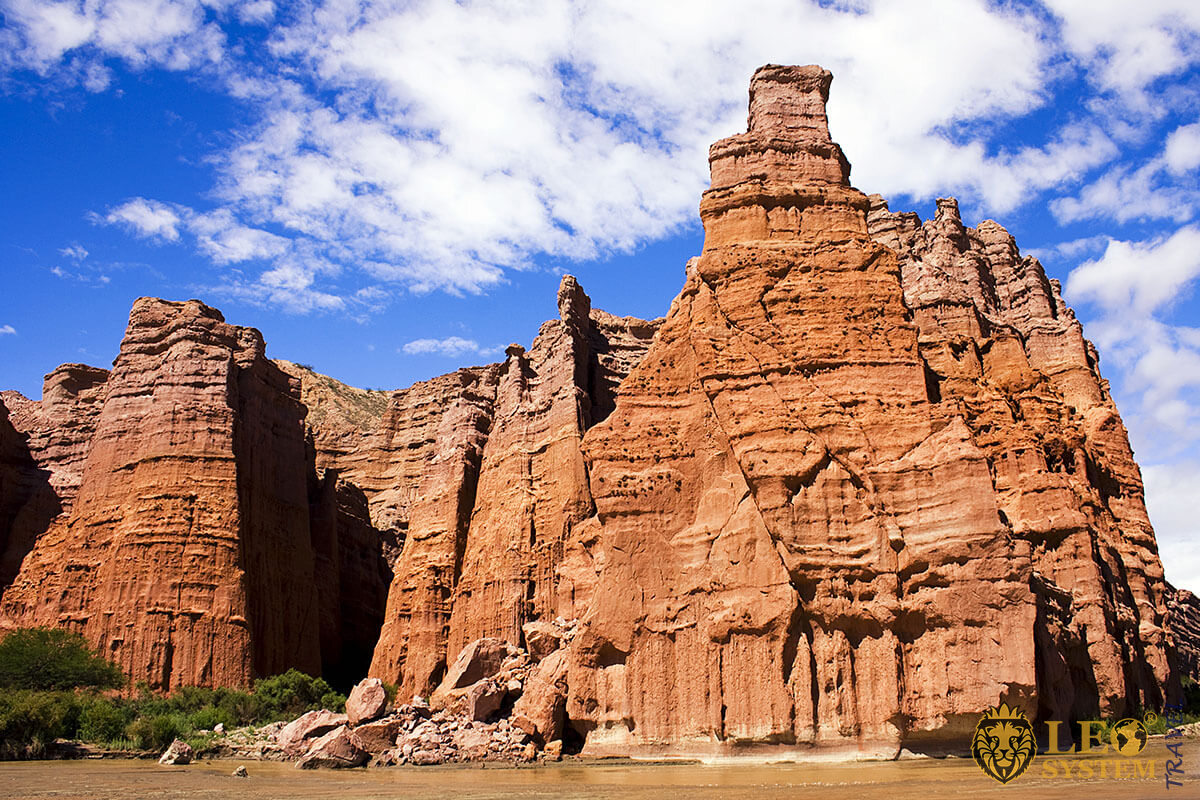 Population: 0.01 million. A city situated within the Calchaquí Valleys which is a region in northwestern Argentina that is a dessert filled with rock formations of varying sizes making it a very difficult place to live however it is also very popular with tourists due to the diverse wildlife that lives there as well as the famous contrast of colors which happens due to different habitats being naturally formed by, for example, more sun and water exposure.

Cafayate is also very famous for its wine industry due to the region being perfect for wine growing and pasteurizing thanks to its low-humidity. Many hotels are based around vineyards, allowing for tourists to enjoy the amazing greenery as well as go on tour and taste some of the best traditional wines that Argentina has to offer.

Also read the article: Interesting Trip To The City Of Salta, Argentina