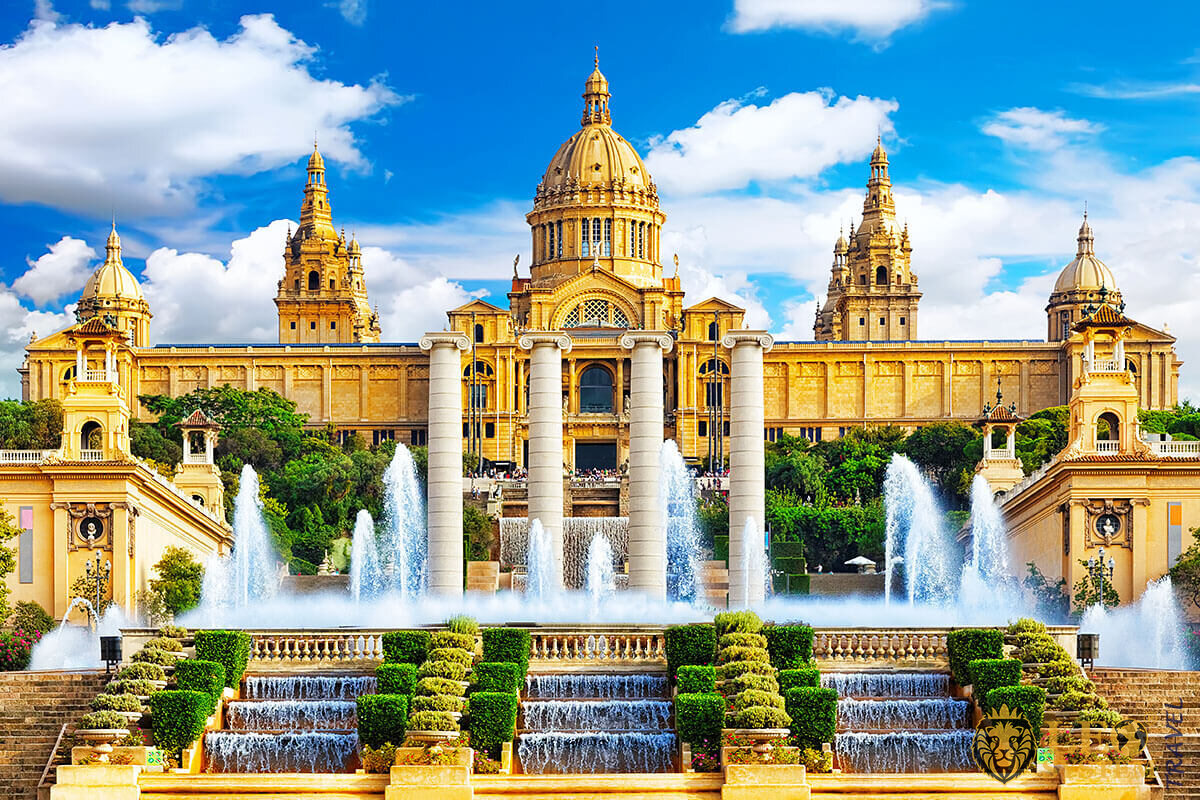 Spain is the second most visited country by foreign tourists with an estimated 83 million residents every year, only being by France, which gets 89 million visitors per year. The country has a rich history from the nomadic prehistoric tribes to the various Celtic cultures that dominated the Iberian Peninsula to the centuries of Muslim domination to the golden ages of the Spanish Empire that saw Spain become one of the largest empires that the world has ever seen.

Barcelona is the second most visited city in the country and offers a much more different experience thanks to the unique Catalonian culture that you cannot experience in any other city in Spain.

In this article, we are going to be telling you about the top 15 popular attractions in Barcelona, Spain and why you must visit them at least once in your life. 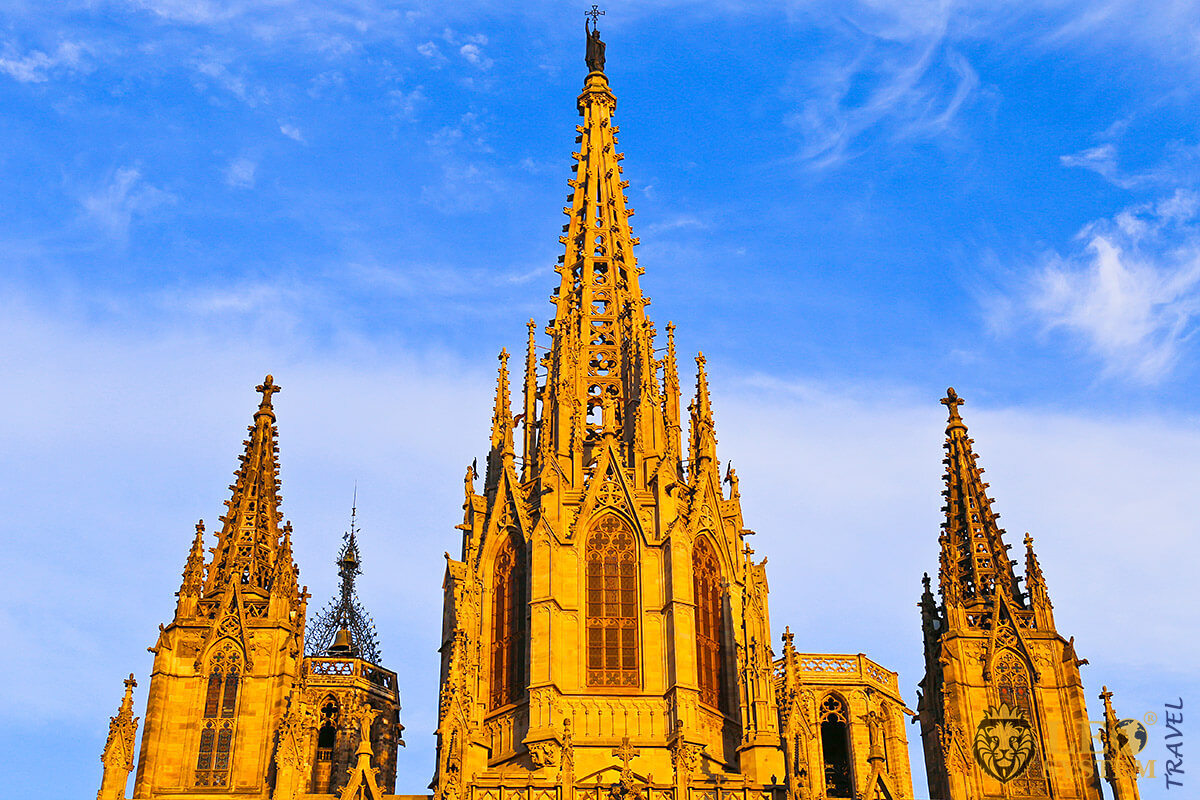 La Sagrada Familia is one of the world’s largest basilicas that has been in construction since the year 1882, and it is still not finished which is down to the massive size of the building as well as the materials and style that it is created in that require the work of experts in order not to ruin the building by incorporating different architectural styles.

The building is also a UNESCO World Heritage Site making it one of the most historically important buildings in Barcelona. Currently, only 12 of the 18 planned towers have been fully completed, with each tower representing important religious figures that consist of the twelve apostles and also four evangelists. 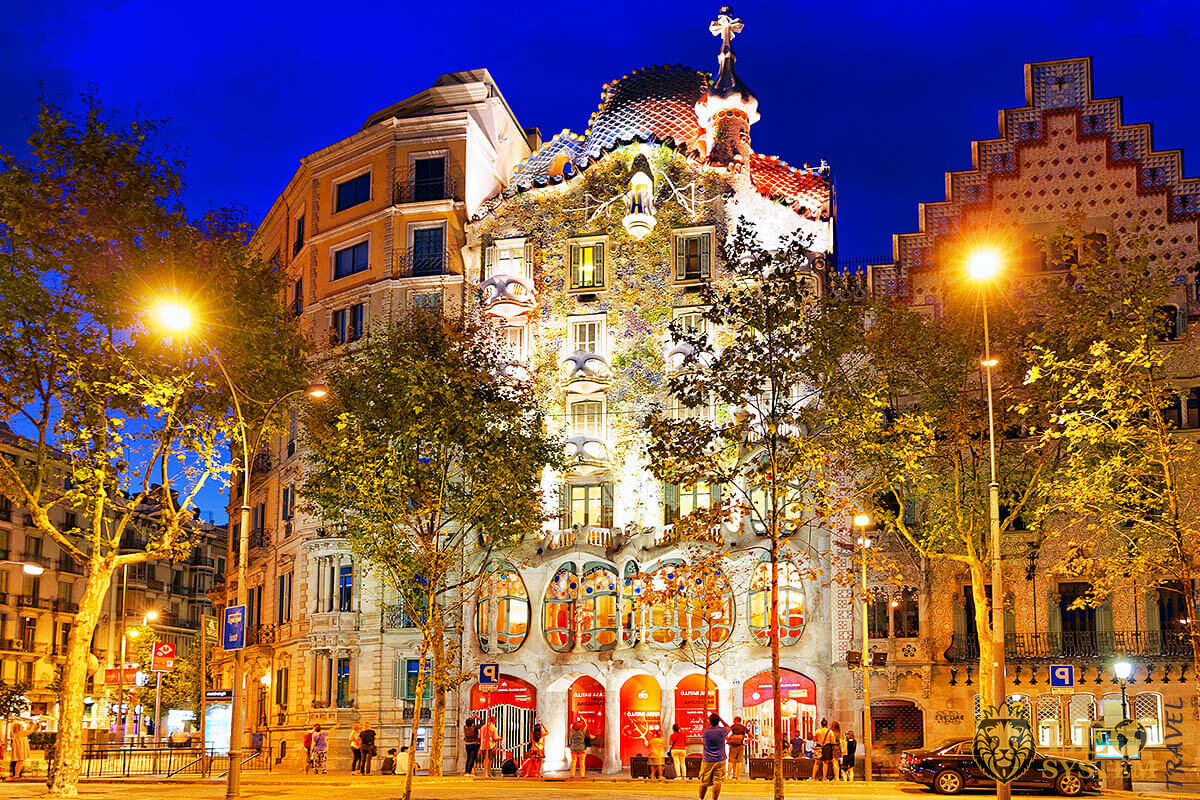 The Casa Batllo was originally a house built by the well-renown Catalan architect Antoni Gaudi in the early 20th century. The building quickly became iconic for its original design that incorporates a lot of colors made up mostly of floral designs run all across the two faces of the building, as well as the multi-colored roof that is often compared to a rainbow due to the way that the colors merge and mix. Additionally, there are a lot of theories about the building, such as that it is actually a memorial for Saint George due to the cross in the top left of the building. 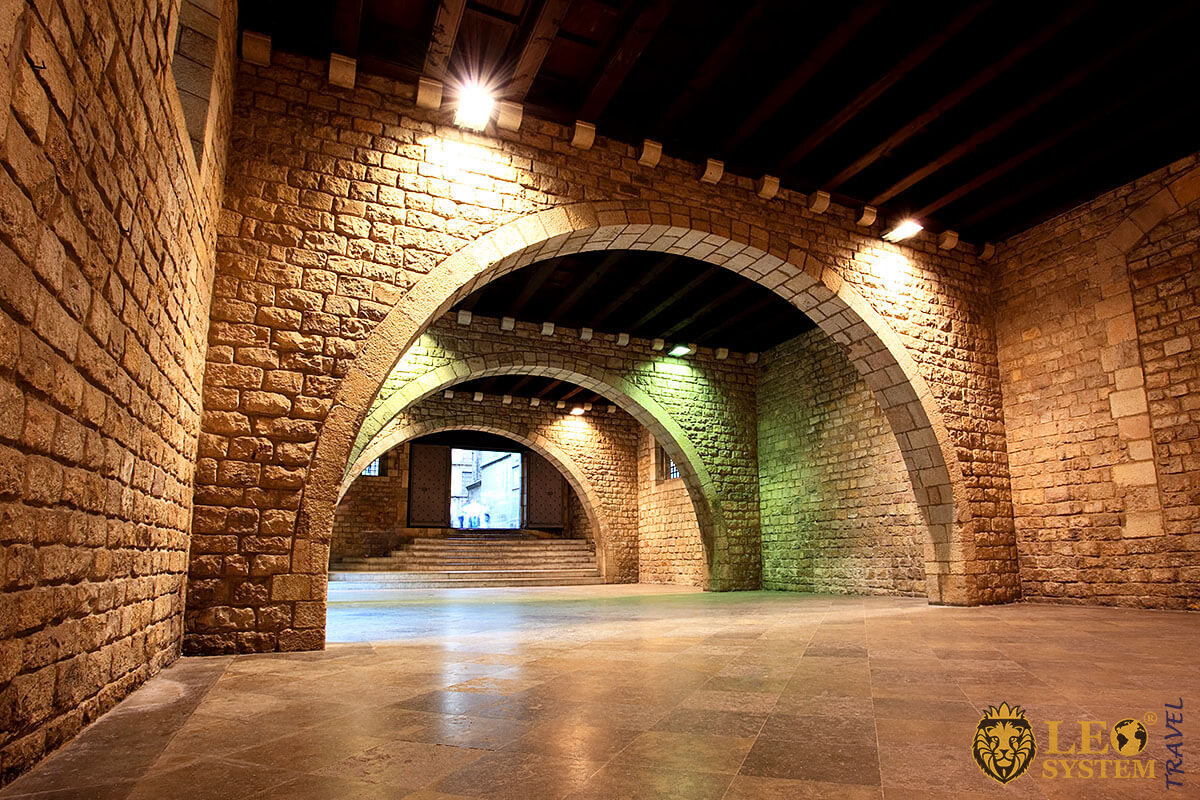 The world’s biggest museum for pieces of art from the famous Spanish artist Picasso as well as hundreds of other artifacts that were part of his everyday life. 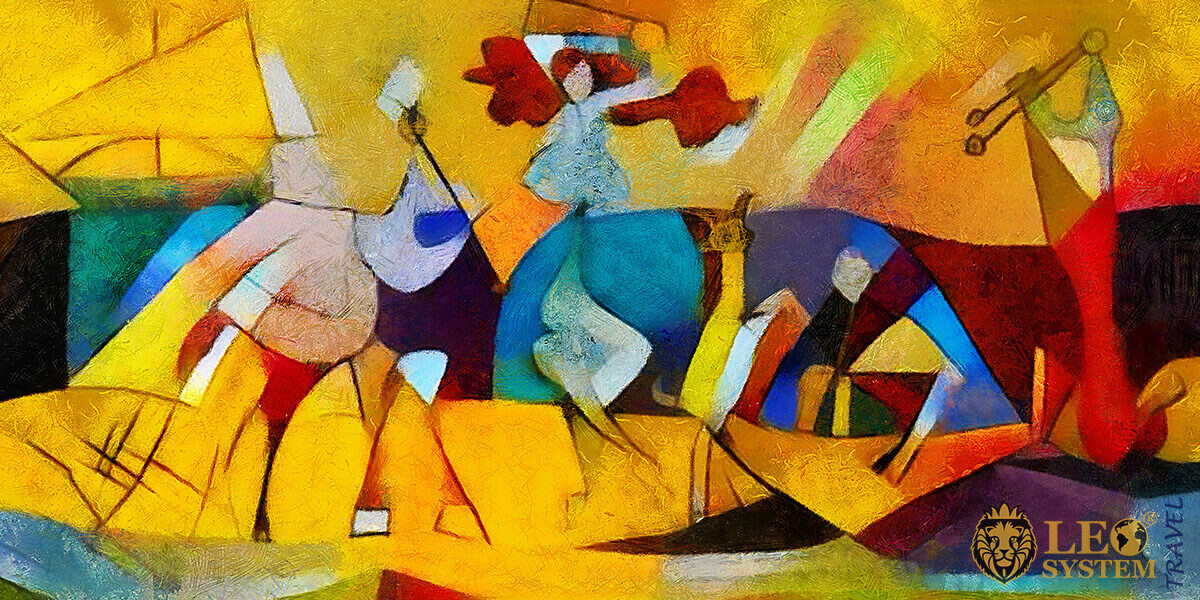 The museum exists today thanks to generous donations by Picasso’s family after he died in France in 1973 however the building that the museum dates back to the late 17th century, and it has been art museum for a few centuries before becoming the focal point of Picasso’s legacy. In total, there are over 5,000 works of art by the artist as well as over 10,000 other pieces that were part of his life in some way. 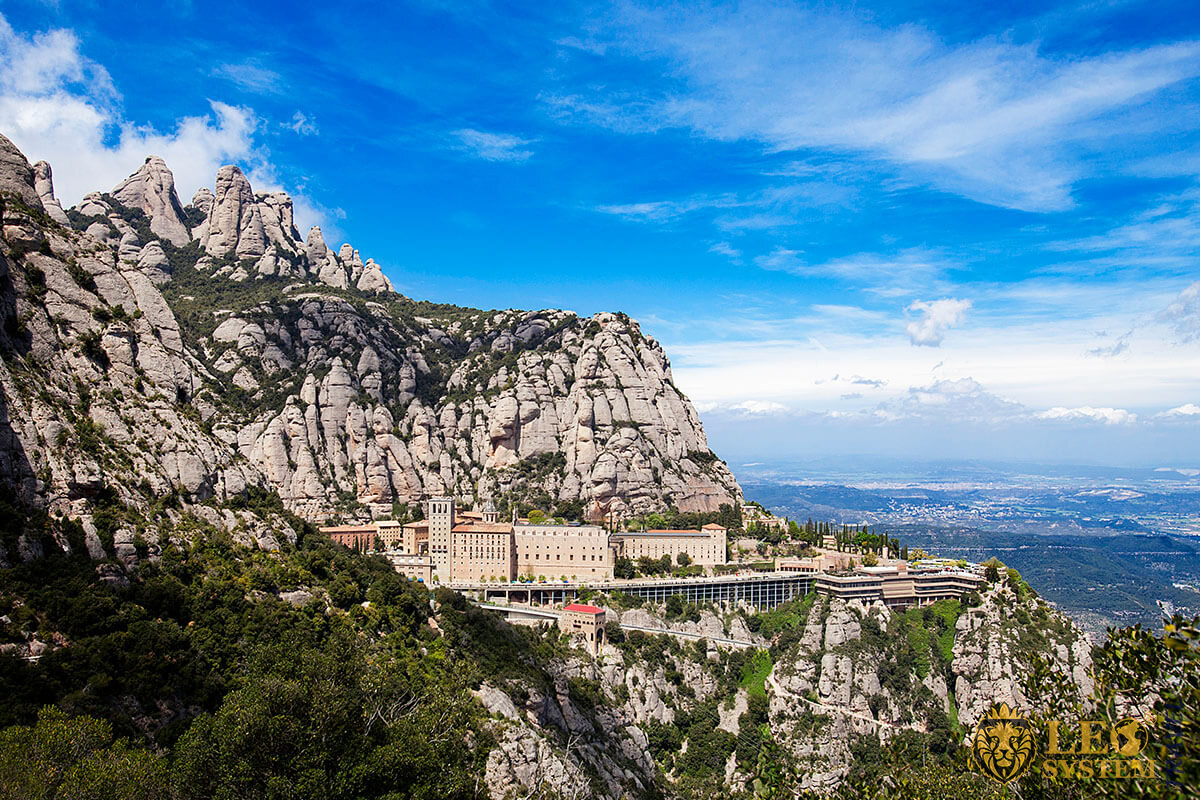 A famous peak located near the city of Barcelona that is popular for its beautiful views and the traditional buildings that dot all around the mountain range with many historical buildings mostly churches and monasteries dotting the peninsular.

Furthermore, it is a very challenging place to hike due to how many meters above sea level it is meaning that it is harder for people to properly breathe in oxygen forcing them to take more breaths in a shorter amount of time. Due to this, it is a great location to visit both if you are interested in history and also like to challenge yourself. 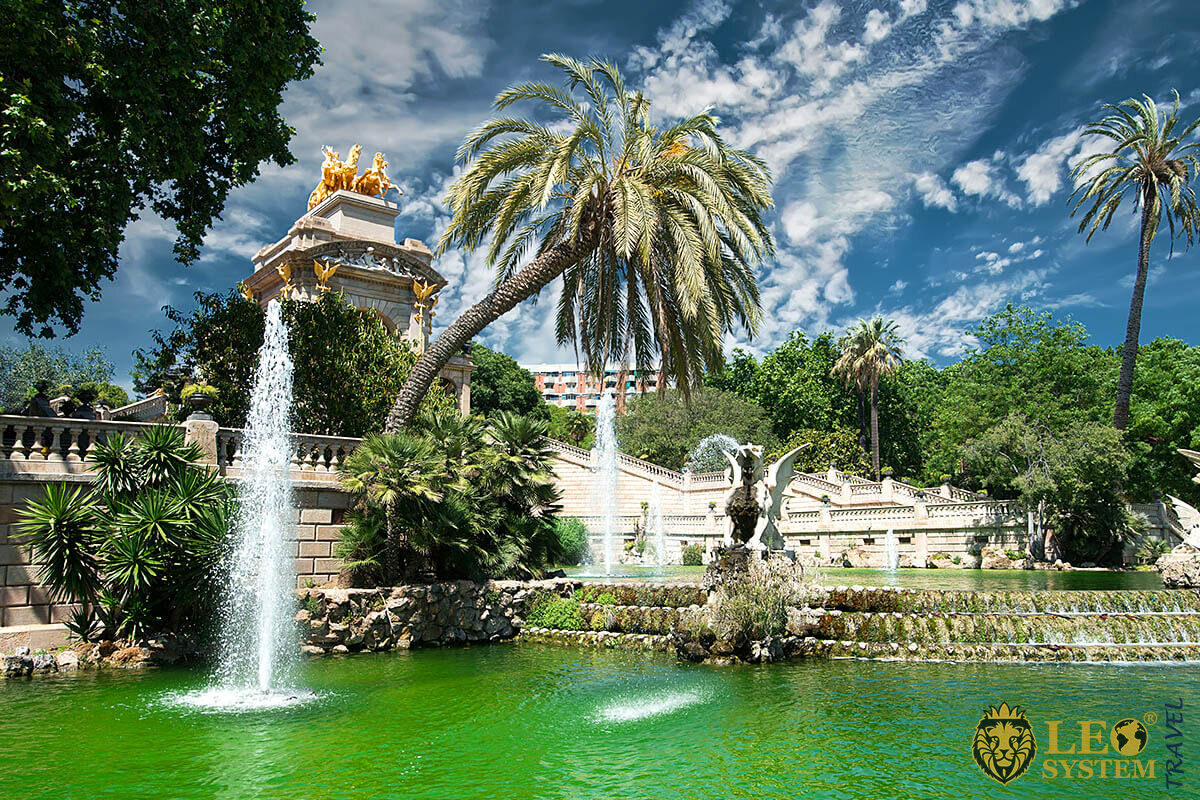 The biggest and most famous zoos in all of Spain as well as being the oldest having been founded in the year 1892. The zoo is home to hundreds of animals with the most popular attractions including the dolphin aquarium, the monkey sanctuary as well as the reptile section which allows you to see up close exotic reptiles from around the world such as Komodo dragons, poison dart frogs and many species of iguanas.

During the 1990s and early 2000s, the zoo was famous worldwide for being the home of a rare albino gorilla called Snowflake who was believed to be the only albino gorilla alive in the world. 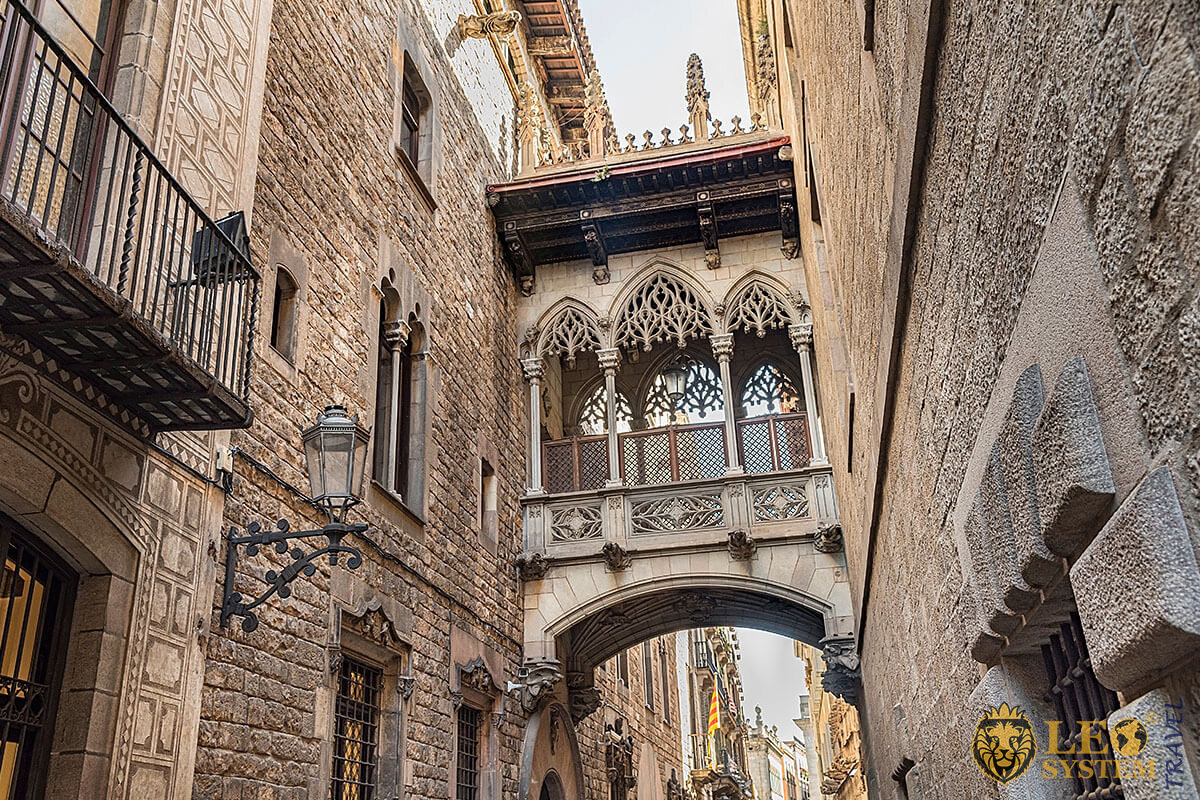 Considered to be the best-preserved Roman temple outside of Italy, with the temple being built for Emperor Augustus who reigned for 40 years during the height of the Roman Empire between 27 BC and 14 AD. Although the temple is no longer fully preserved, the main pillars that supported the entrance can be viewed up close. 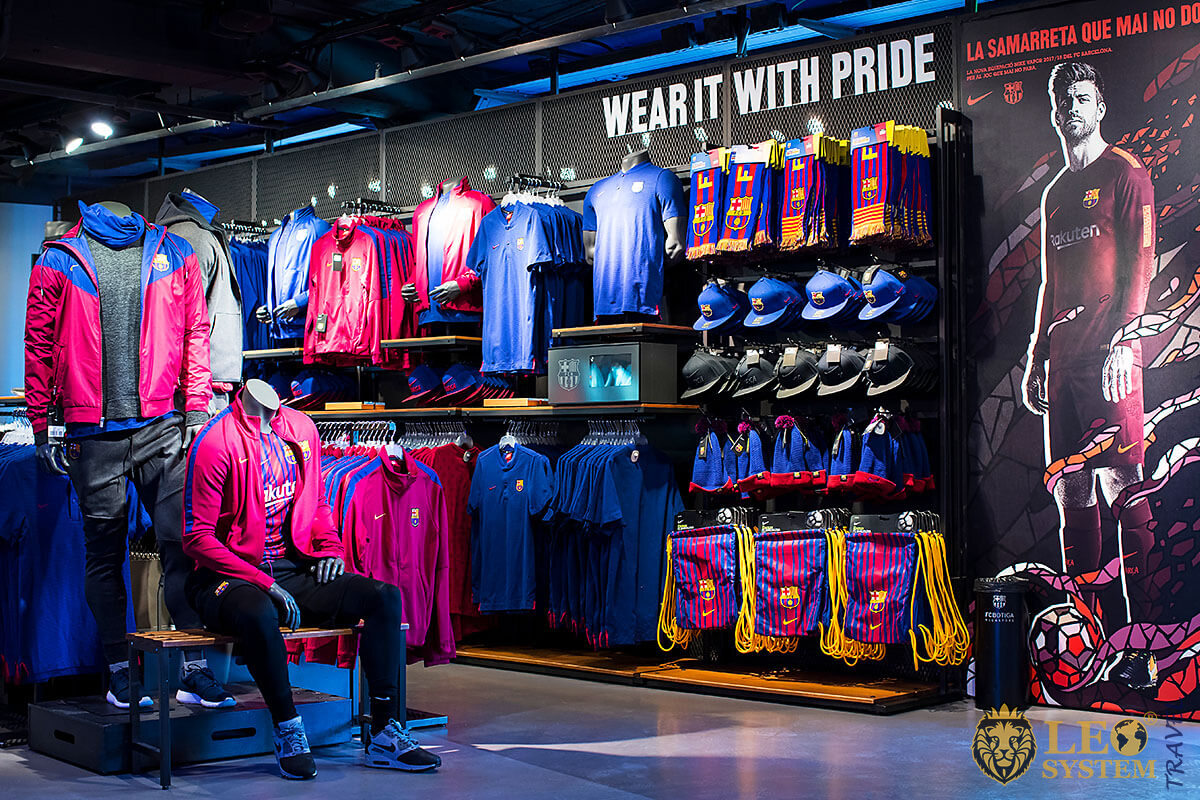 Although the Barcelona FC Museum was first built in 1984, it is home to thousands of iconic pieces of history of the club as well as former legendary football players and current ones that have been part of the team.

There are different packages that you can buy that include personal or group guides that will take you all around the museum and give you extra information as well as the option to also have a tour of the Camp Nou itself and even step out onto the pitch. Furthermore, in the museum, there is a cinema where you can watch documentaries of the history of Barcelona as well as football montages. 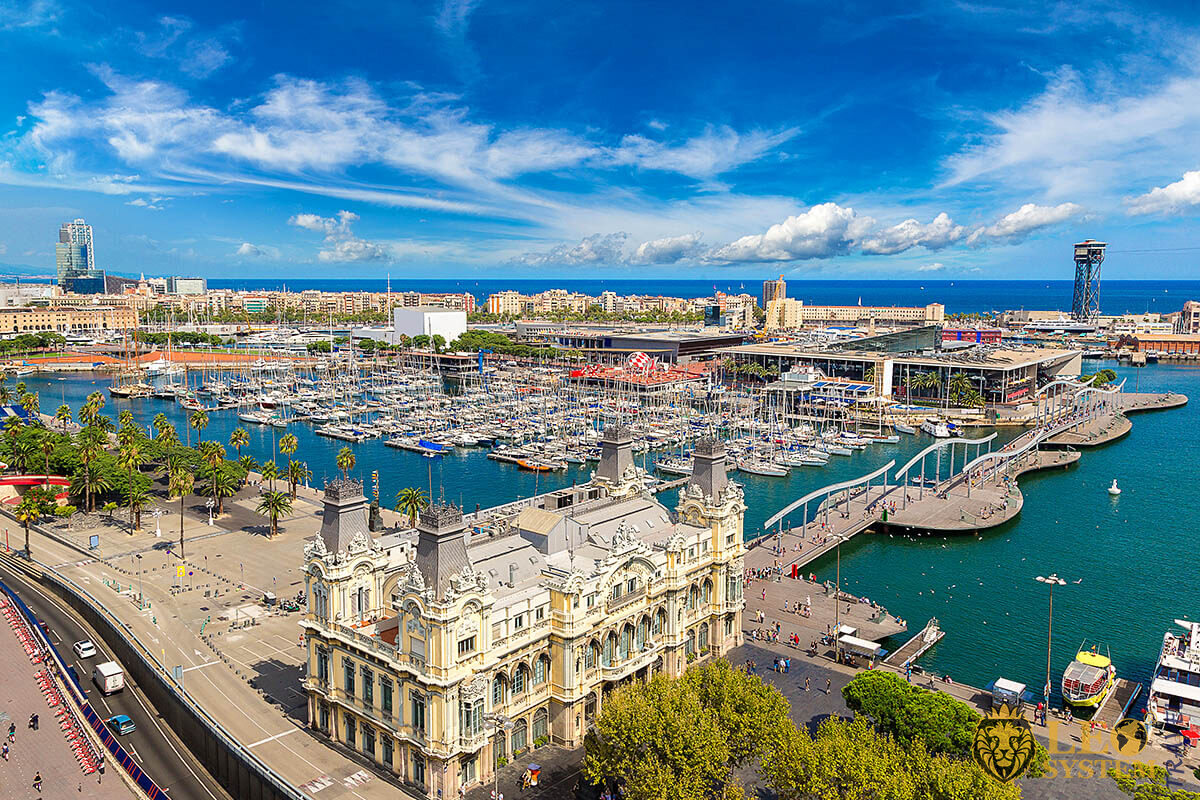 Port Vell is an ancient harbor which is a popular promenade with the best public attractions and restaurants in Barcelona. It is visited by an estimated 16 million people each year and has been part of the city of Barcelona for over two thousand years since 4 BC, which was before the Romans conquered the Iberian settlements that make up modern-day Barcelona. The harbor experience massive renovation during the 1992 Summer Olympics that were hosted in Barcelona. 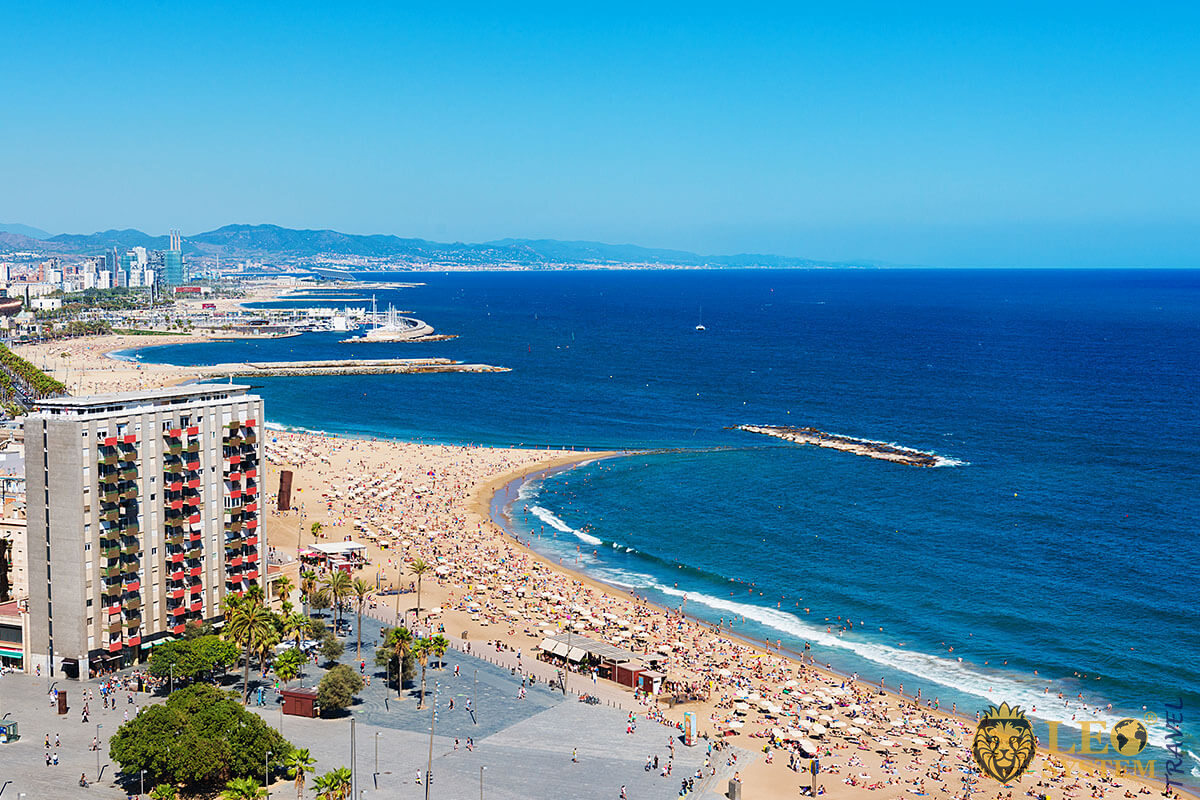 Arguably one of the most picturesque beaches in Western Europe where you can experience the best hotels, local food outlets, attractions as well as of course experience the bright yellow beaches and clear blue water that is enjoyed by millions of people every year.

Due to the popularity of the beach if you do decide to go in the peak summer months it is highly recommended that you book a plot for yourself on the beach which usually also comes with their very own sun umbrellas, sun lounging chairs, and tables. This particular beach is also patrolled by qualified lifeguards and also sellers of souvenirs and food. 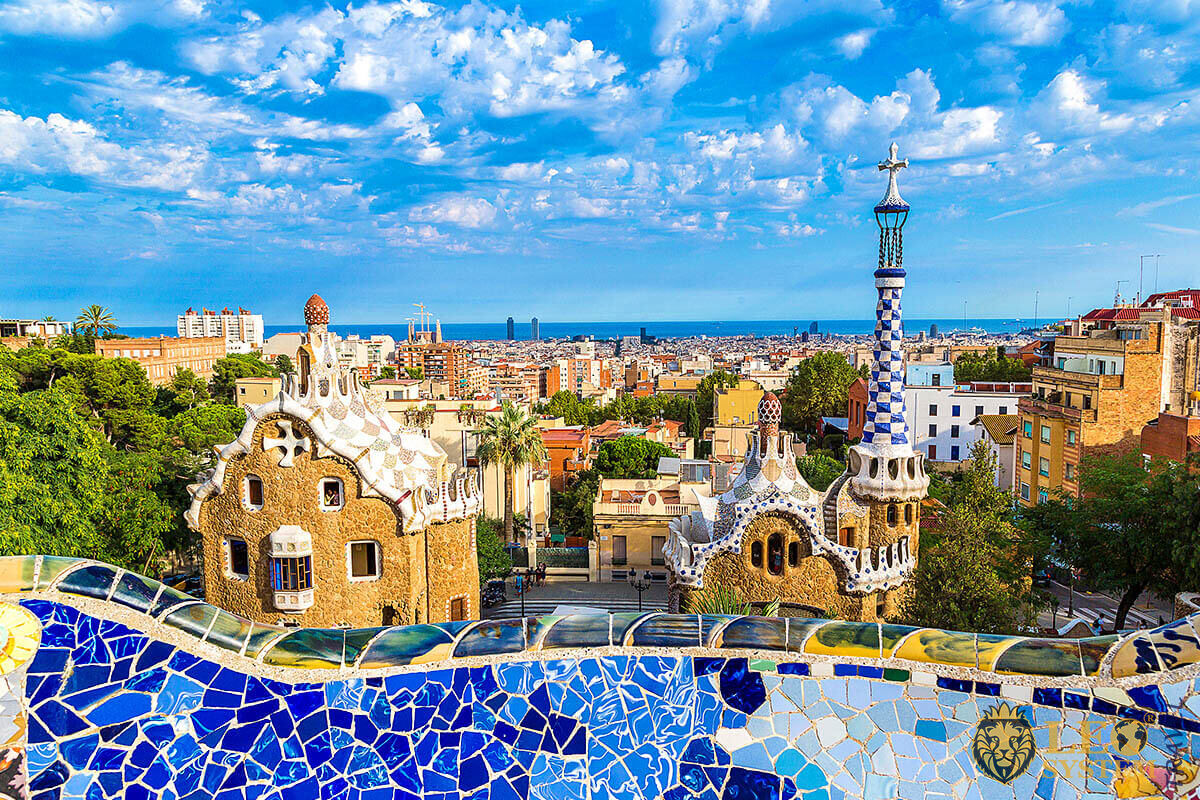 One of the biggest public parks in Barcelona and the only one in Barcelona that is classed as a World Heritage Site by UNESCO due to the architecture in some of the buildings in the park by famous Spanish artist Antoni Gaudi who is the namesake of the park as it was styled and planned by him.

As all of Antoni Gaudi’s architecture, all of the buildings, statues, and constructions in the park are made up of an array of colors with blue being the most common color due to Barcelona being a coastal city. Furthermore, there are a lot of statues and symbolism in the park of animals found in that part of Spain, as well as the local Catalonian culture and Catholicism. 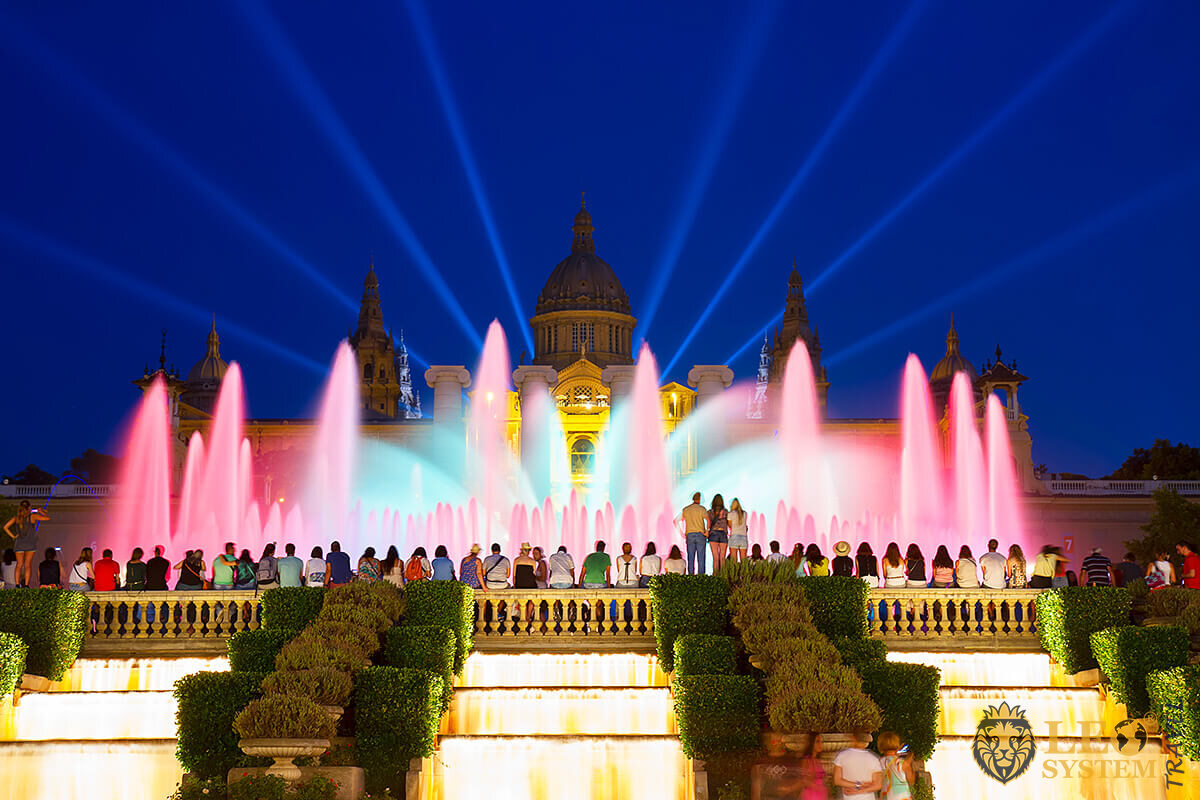 A famous fountain in Barcelona that symbolizes the local Catalonian culture, in total there are 3620 water jets that make up the fountain that continuously sprays 700 gallons of water over and over for the majority of the day.

The fountain is also iconic for the lights that are used to liven up the fountain sprays. For decades now the fountain has been a popular location in Barcelona for people to gather to celebrate important events such as New Year’s Eve, Christmas and also Easter. 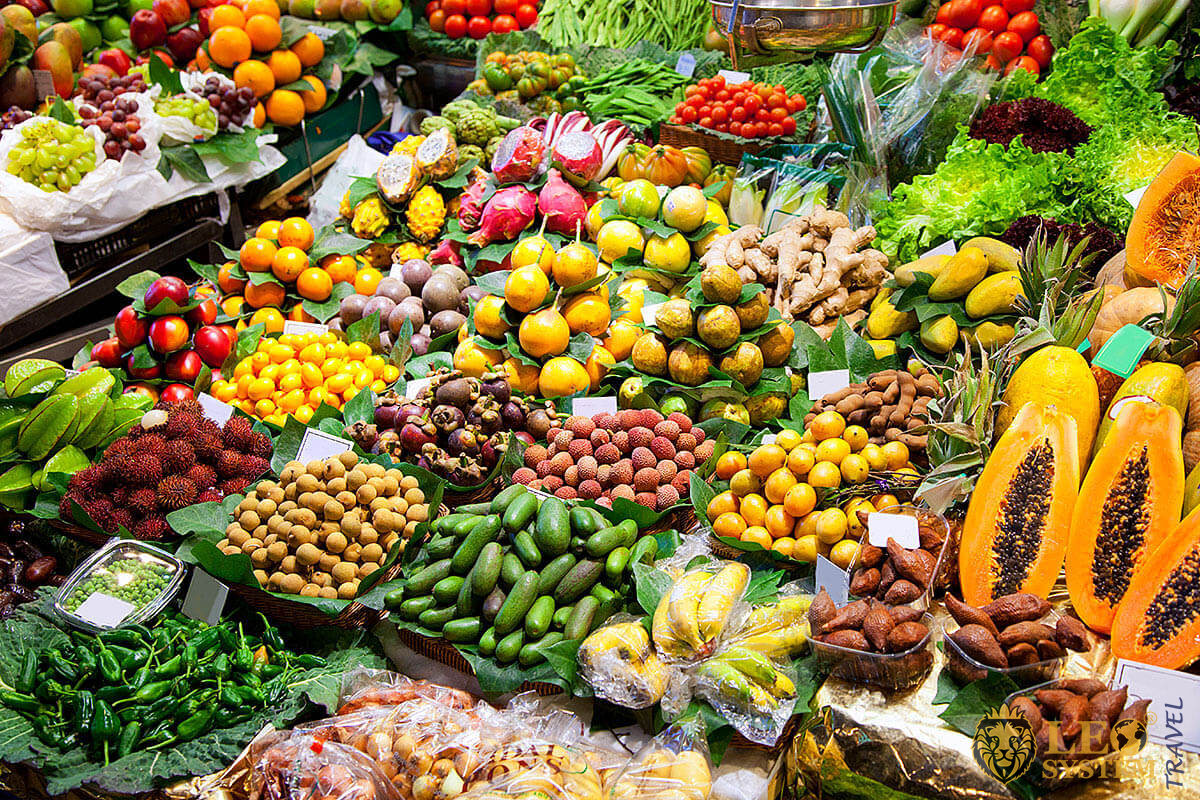 A location that we just had to include in our Top 15 Popular Attractions in Barcelona, Spain article is the La Boqueria Market. La Boqueria Market is the largest market in Barcelona that is very popular with tourists, in the market, there are hundreds of local vendors selling almost anything with the markets being divided into categories with some of the main categories being the fruit section, the fishmonger sections, the dairy section which is the home of many different kinds of cheese, the meat section as well as many restaurants and souvenir parlors cashing in on how popular this sections in attraction is with tourists. 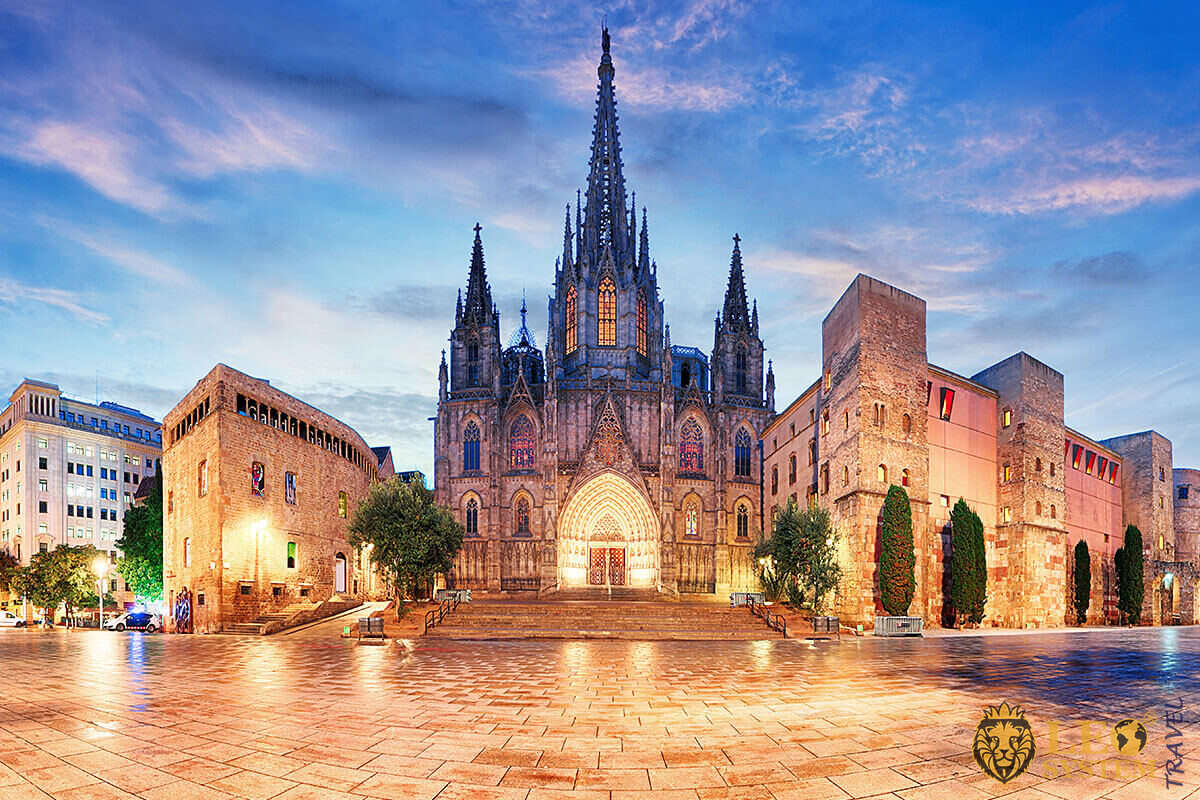 The Gothic Quarter is not an attraction but a part of the city of Barcelona which has been preserved which was a local architectural style that was popular during the times of the Kingdom of Aragon between the 13th and 15th centuries. Although most of this type of architecture in Barcelona has now been replaced, you can still step in the time capsule that is the Gothic Quarter and experience what like was life therefrom over 700 years ago in Barcelona. 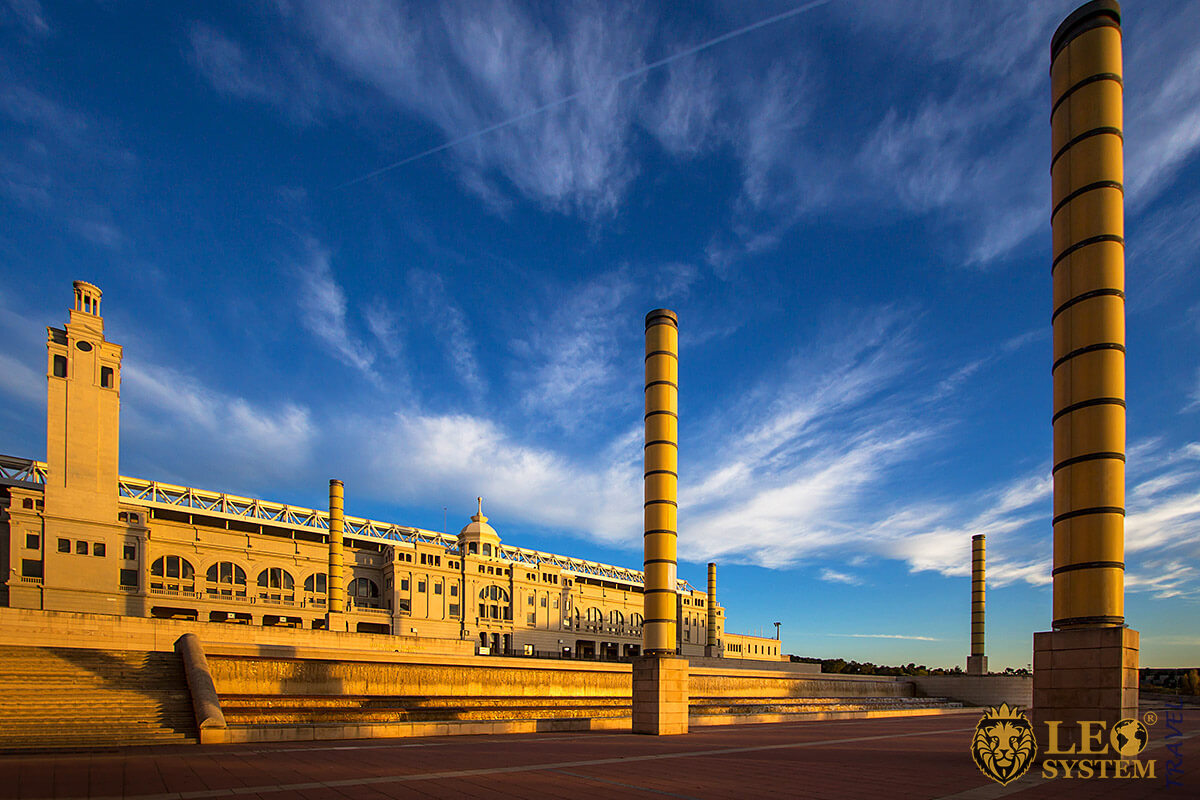 Another popular attraction that was built during the Olympics in 1992 that took place in the city of Barcelona. The Olympic Ring is located in the Anella Olympic Park, which is the home of the majority of sports facilities that hosted the events during that year’s Olympics.

The Olympic Ring is a tall white structure that is tilted on purpose with a semi-circle shape forming at the top, it may seem strange to look at first however a lot of thought went in it as the entire structure is actually a sun watch which lets you read the current time of day based on the shadow projected by the structure. 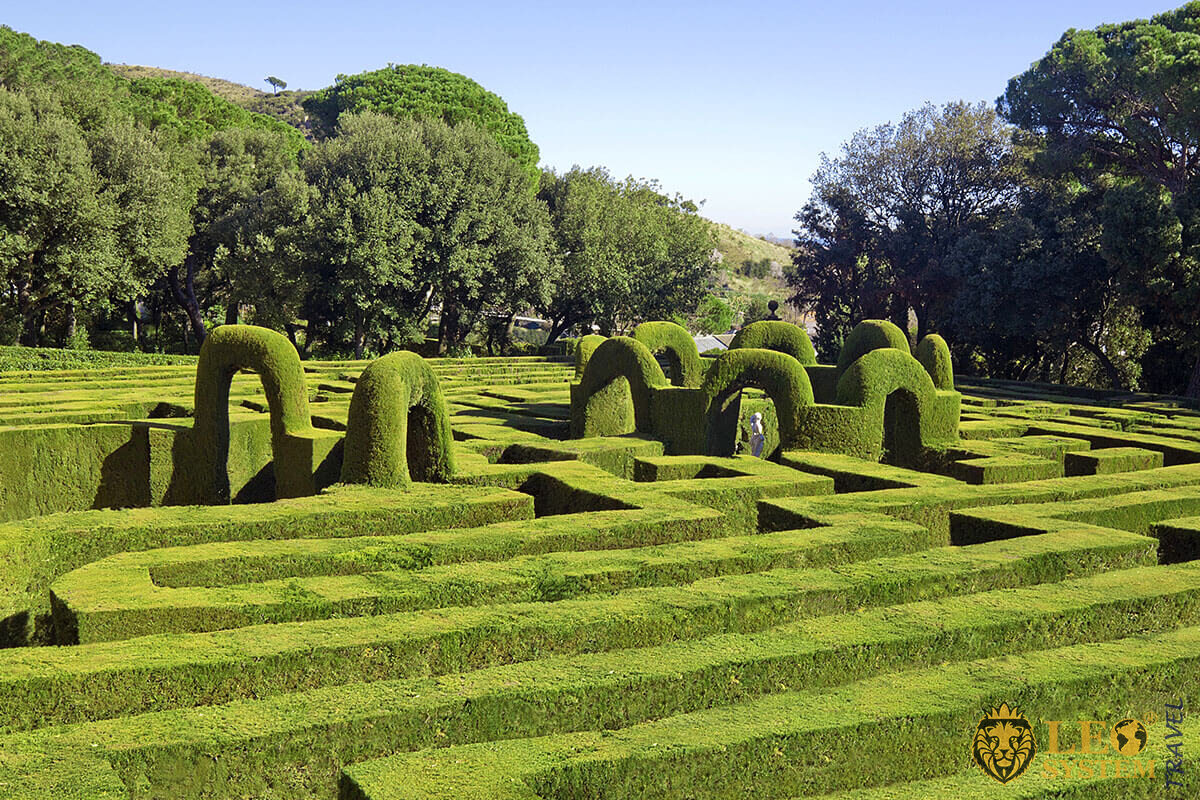 Parc Del Laberint D’Horta is a park in Barcelona that is home to many different local plants found in that region of Spain, as well as statues and ponds. However, the main attraction of this garden which makes it so popular with visitors is the massive labyrinth, although it is not the most complicated physical labyrinths out there it still provides some fun pastime with friends and family.

Another interesting feature of this park that only 750 visitors are allowed in the park at the same time in order to avoid the park being damaged by overuse making it one of the most beautiful outdoor spaces in Barcelona which is why we had to include it in our list of the top 15 popular attractions in Barcelona, Spain.