Home Spain Interesting Trip to the City of Seville, Spain 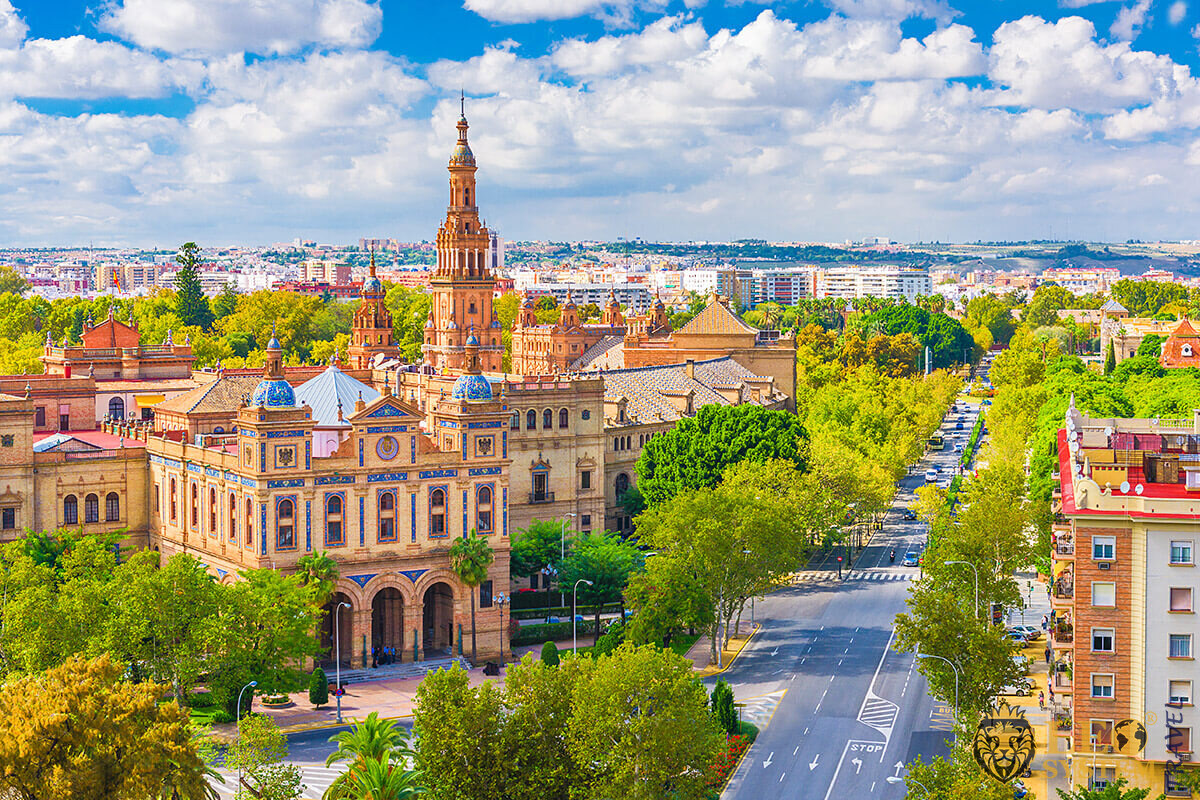 Seville is a city located in the south of Spain; it is a city that holds a lot of importance in Spain due to its large size, history, and also its role as a regional capital. Unlike many of the other large and famous cities in Spain, Seville stands out as it is not based next to large expanses of water such as the Mediterranean Sea or the North Atlantic Ocean.

Instead, this city is located primarily on the Guadalquivir River, which helps fertilize the local land making it a great place to grow food and sustain a large population.

In this article, we are going to be telling you everything that you need to know in order to have an interesting trip to the city of Seville, Spain.

Seville is currently the fourth-largest city in terms of population in all of Spain. It is in between the city of Valencia that is in third place and also the city of Bilbao that is in fifth place. The city is also the only city in the top five lists to be not located near to a sea or an ocean, with the city of Seville instead being located next to a river.

The main reason why Seville has managed to grow into such a large city is due to the multiple rivers that flow next and through the city itself. The biggest one of these rivers is the Guadalquivir River. 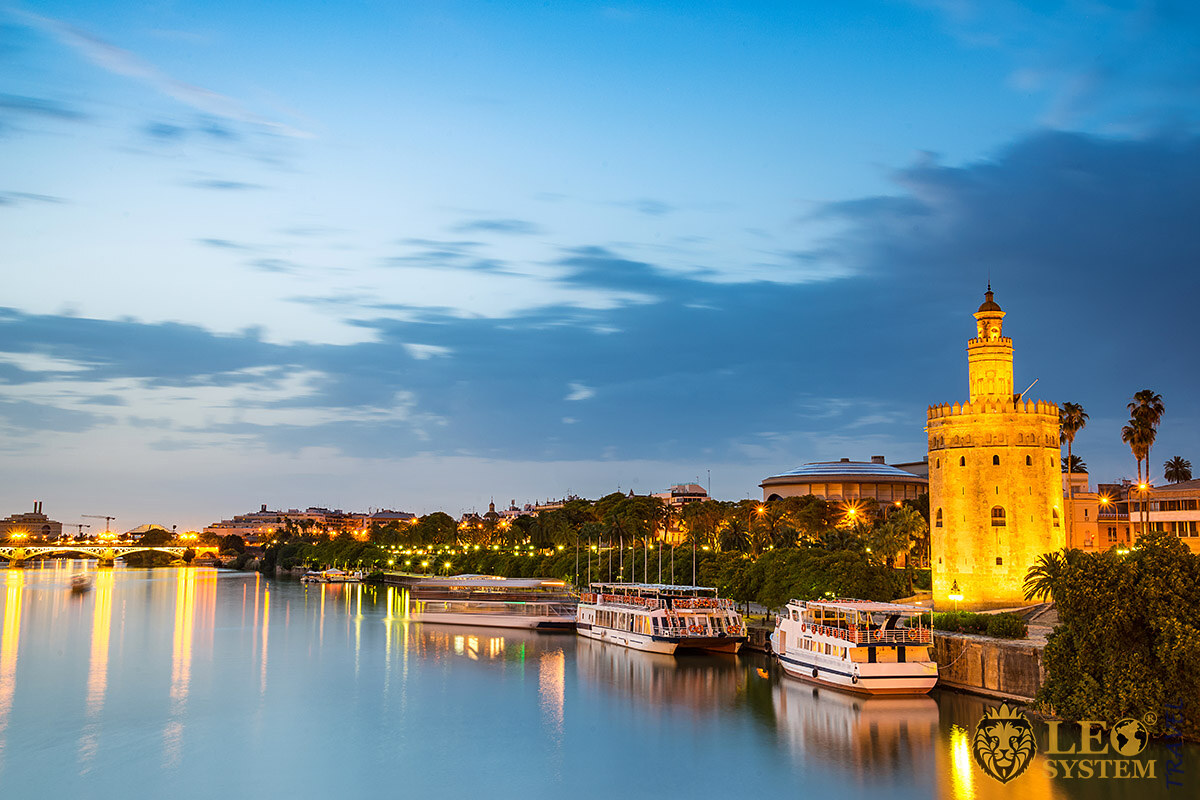 The Guadalquivir played a key role as it helped keep the land fertile and thus be able to grow both food and cash crops much more easily. Furthermore, the Guadalquivir River allows easy access to the Mediterranean Sea without the risks of piracy, which helped make Seville a major center for commerce and thus immigration.

The notable people from Seville come from very diverse backgrounds such as Mateo Aleman who was a Spanish novelist and writer that lived during the 16th century and early 17th century.

Aleman’s most famous work is the ‘Guzman de Alfarache’ which tells the story of a young boy who lived in slums in Spain, in the book as the boy grows up he encounters a lot of the problems and evilness of society which the author Mateo Aleman tries to highlight.

Aleman was severely prosecuted throughout his life by Catholics during the Inquisition, who did not respect him due to him being descended from Jews. 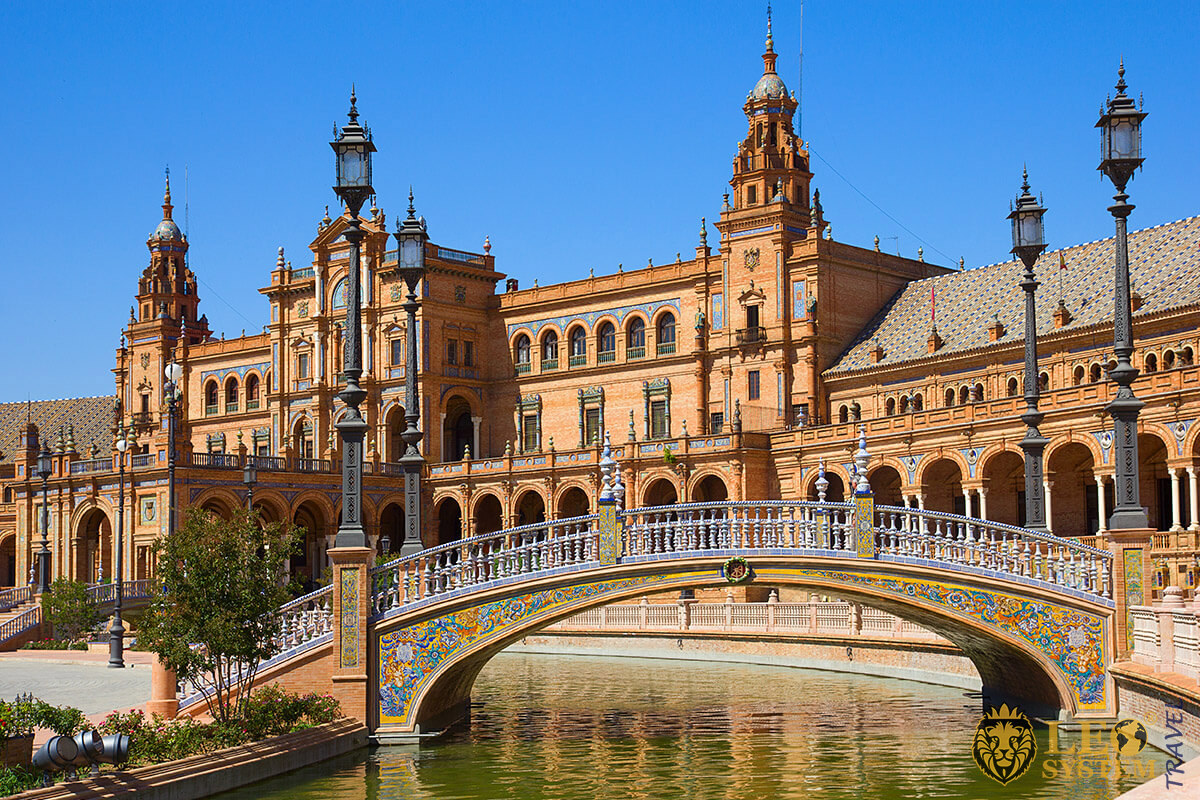 Furthermore, there is Ibn Zuhr who was an Arab physician who during the 12th century was one of the most famous physicians in the known world. Zuhr advocated for an analytical approach to medicine, which relied on facts and findings rather than on religious mysticism.

There is also Antonio de Ulloa who was a Spanish explorer and scientist that explored what was known as the New World which today is the continents of South America and North America. Ulloa also worked hard trying to verify if the world was round or not, which was important for navies trying to get to the right destination.

It is believed by historians, that the city of Seville is over two thousand years old; according to local myths it was founded by the Ancient Greek hero Hercules.

The city was conquered by the Romans in 200 B.C. before officially becoming a Roman colony in 54 BC, during this time the city flourished and became a major outpost of the Roman Empire in the Iberian Peninsula. 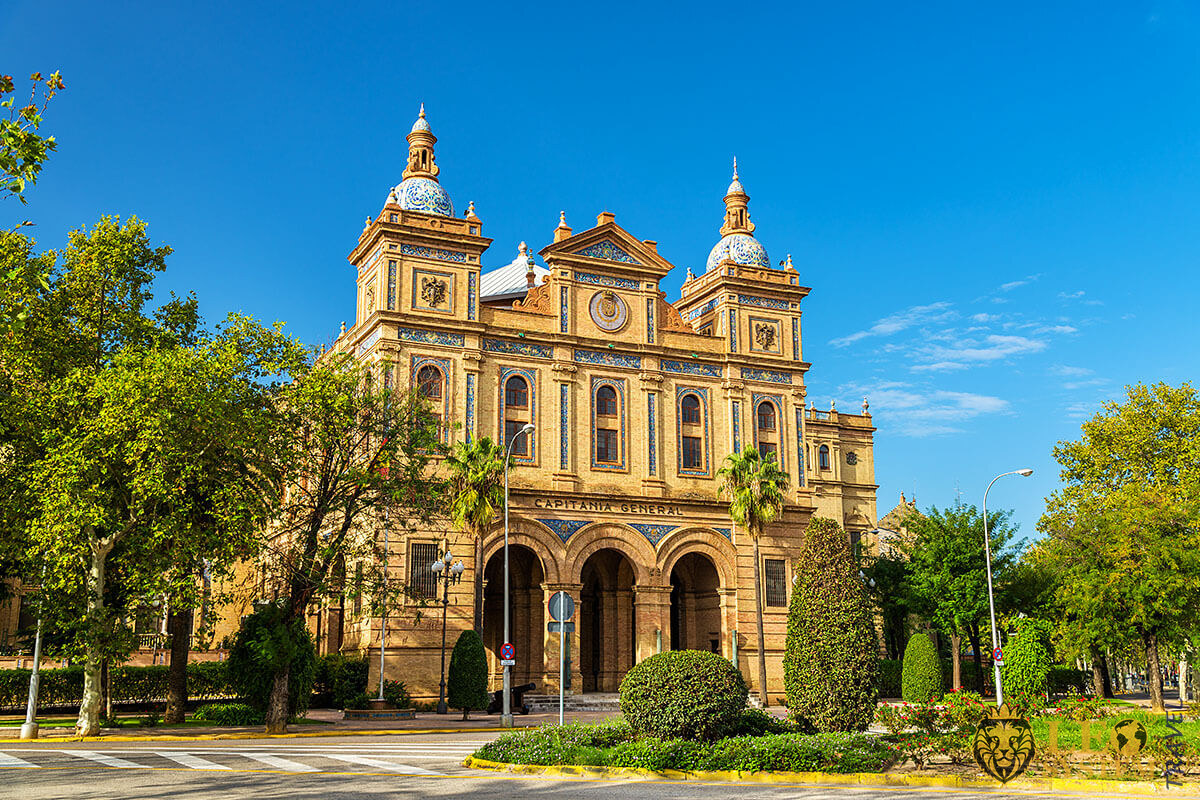 Following the fall of the Western Roman Empire, the city was frequently raided by Nomadic Barbarian hordes such as the Visigoths and the Vandals. 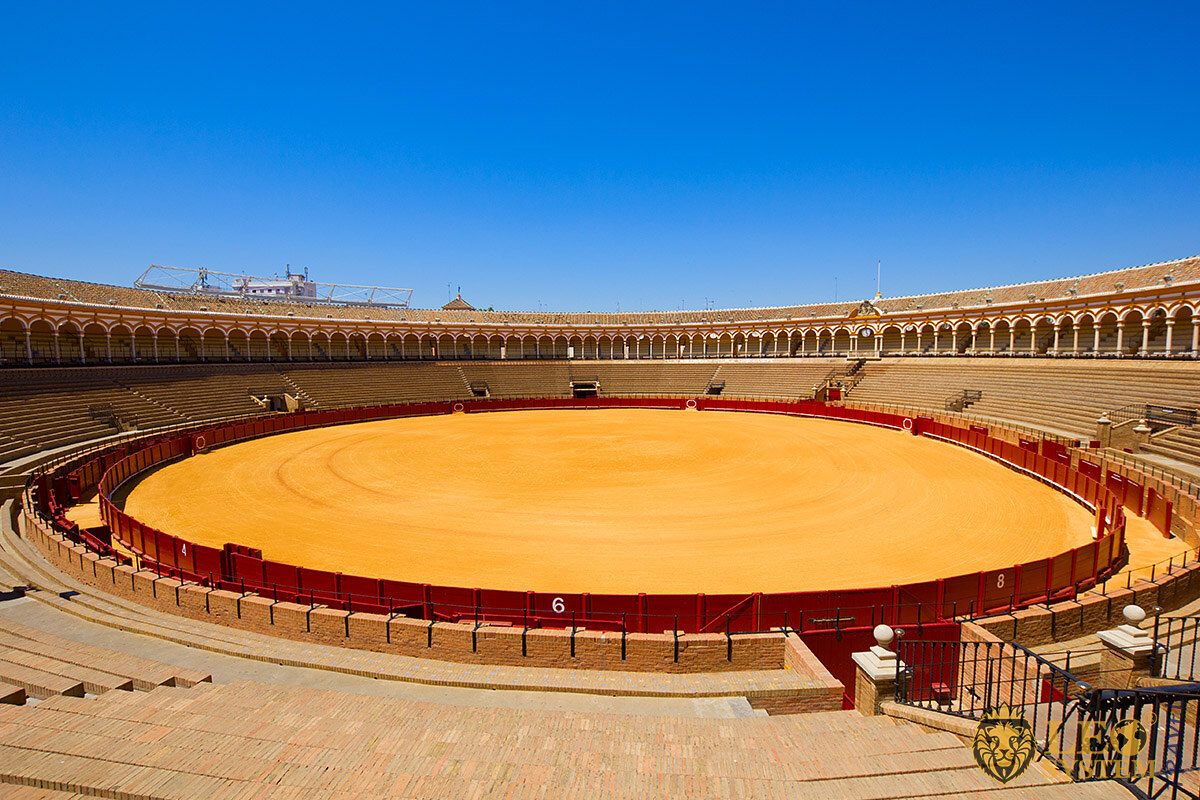 In the 15th century, the city began to become very rich due to the goods and treasures that were flowing through from the New World. This cemented Seville’s place as a major city of industry and commerce in the south of Spain, a position that Seville retains to this day.

If you are planning to have an interesting trip to the city of Seville, Spain, then it is very important to learn about the climate that is found in the city. Officially the climate of the city is classed as a Mediterranean Climate, throughout the year there is an average temperature of 19.2 degrees Celsius. 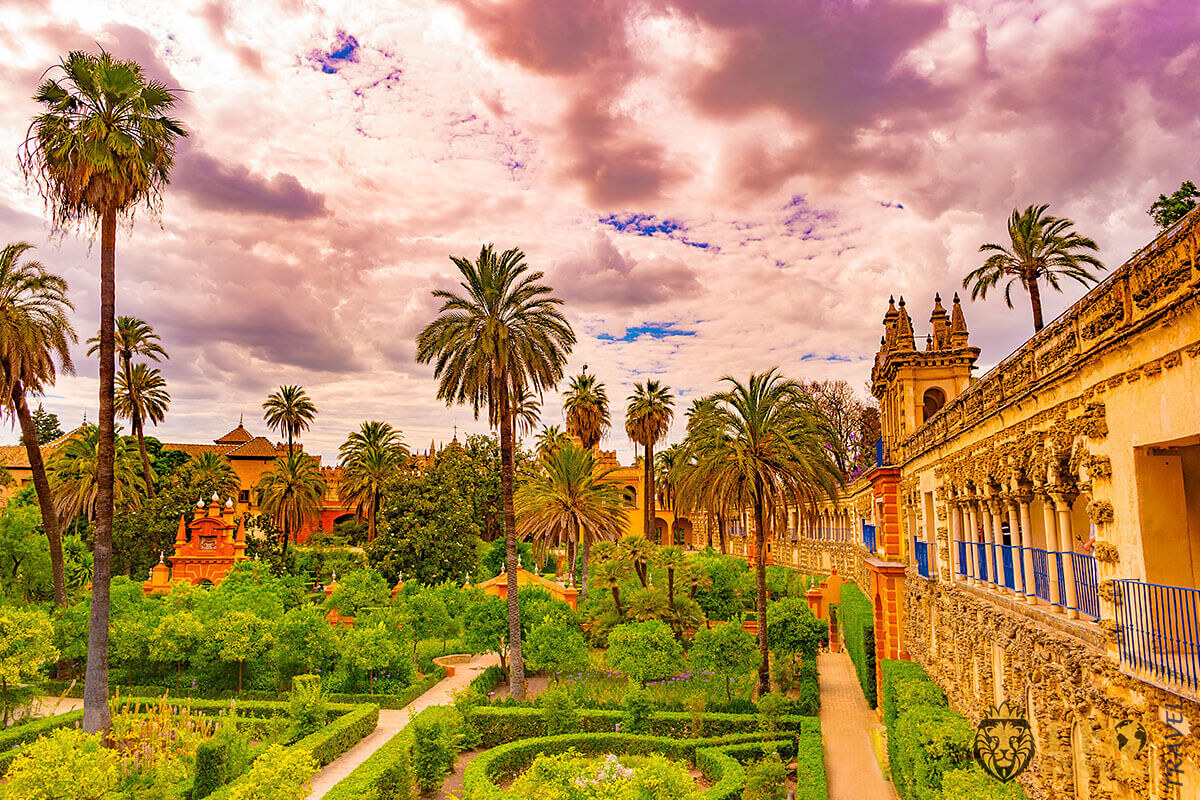 While in the winter months of December, January, and February you have cooler temperatures of between 12.5 and 11 degrees Celsius. It also only rains on average for 50.5 days a year, with snow being extremely rare.

The last time it has snowed in the city of Seville has been in the year 1954. Therefore, based on this information you can expect to have a very good time in this city, it rarely rains and literally never snows. The temperature is very warm, and it is always sunny.

Places to Visit in Seville.

One of the most famous tourist attractions in Seville is the Royal Alcazar of Seville which is a royal palace built in the local Moorish architectural style at the time. The palace was built for King Peter of Castile and Leon, the building was built on top of a destroyed fortress owned by the Arab rulers of the city. 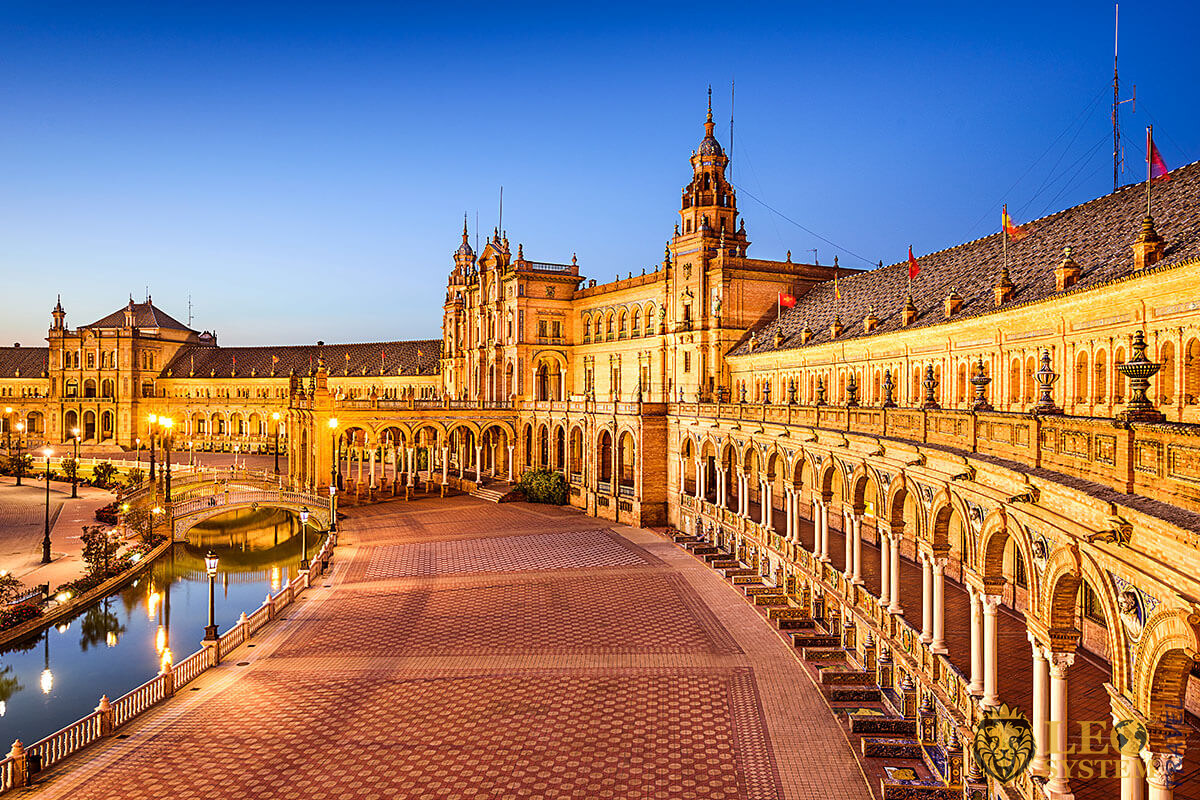 Today virtually all of the palace can be explored by tourists, the palace is popular for its unique and well-crafted architecture that has been left untouched.

It is also worth visiting the Seville Cathedral which happens to be the fourth-largest church in the entire world. It is built in the Gothic style that was popular at the time. 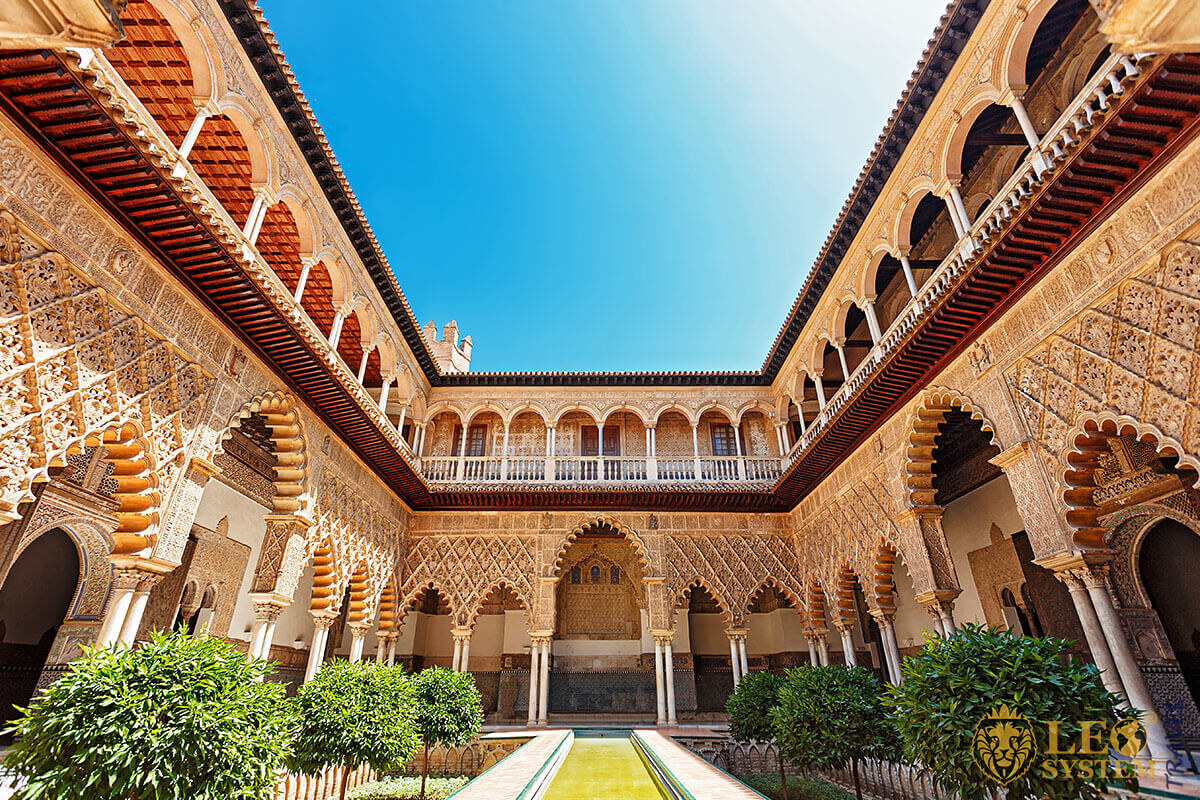 Many famous individuals are buried within the cathedral’s grounds that are important to the Spanish people such as explorer Christopher Columbus who is credited for discovering the Americas and also Spanish kings such as Ferdinand the third of Castile and also Peter the Just.

This city is also home to a unique fashion style that derives from a popular dance style called the Flamenco, which sees women wearing bright and colorful dresses that have multiple layers that are waving around as the woman dances and particularly rapidly twists her hips.

This dance and fashion style is believed to have first been started by the Gypsy minority in the Triana district located in the city of Seville. 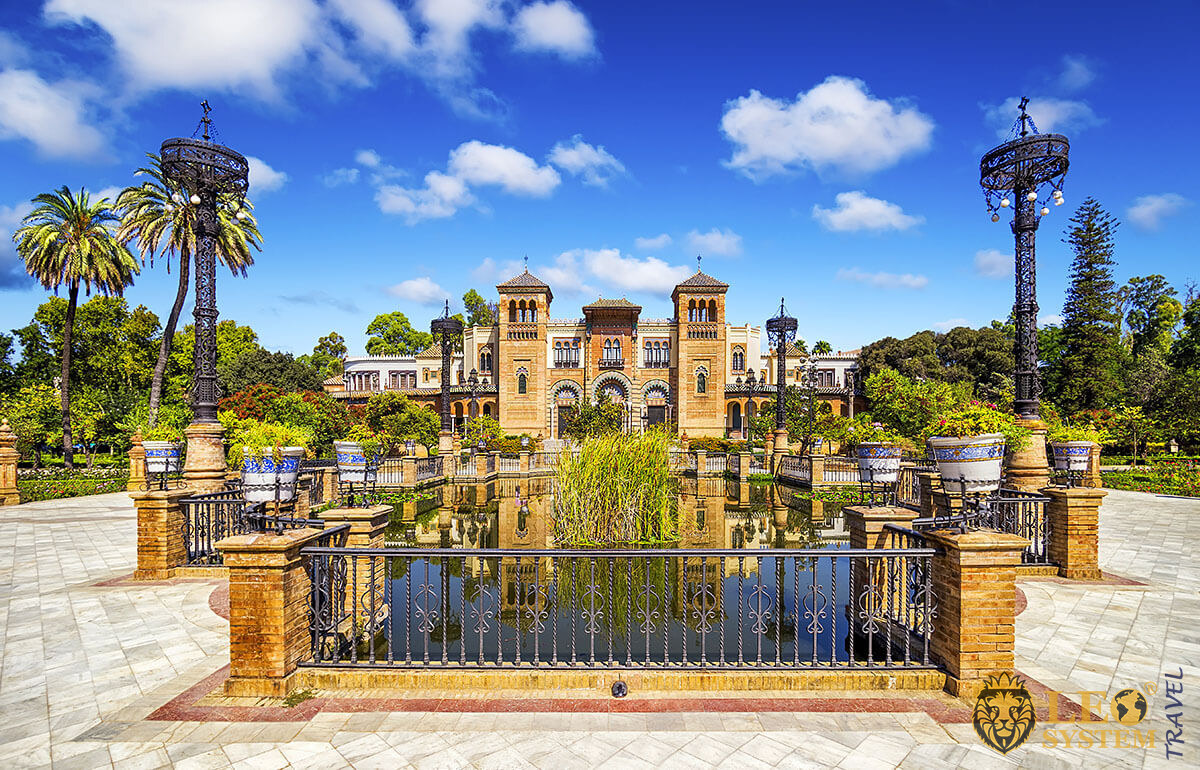 Such as fashion style is worn usually during festivals and celebrations in the autonomous province of Andalusia that Seville happens to be the regional capital of. Furthermore, it can be seen in many other Spanish-speaking countries mainly in North and South America such as Colombia, Argentina, and Ecuador.

If you visit Seville at a particular time of the year when a large flamenco festival is going on you can experience this unique sense of fashion at its fullest, for example, in the month of September, nearly for the whole month, there is a festival called Bienal de Flamenco that occurs.

The Popularity of Sports in Seville.

If you are going to have an interesting trip to the city of Seville, Spain then it is important to keep in mind that sports are a very important part of the city. 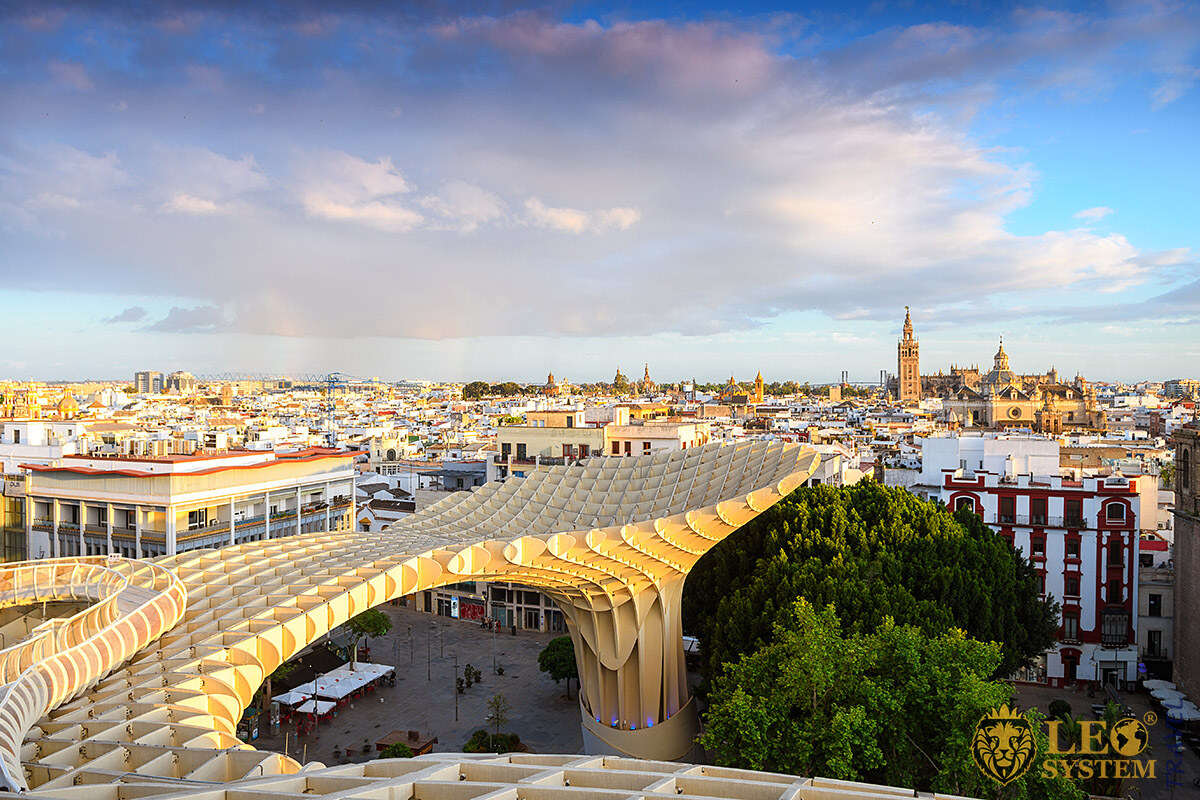 The city of Seville is also a popular host for finals of international competitions, with the city having hosted the UEFA Cup finals in both 2006 and 2007. Also, this city has hosted the final of the Europa League a total of four times between 2014 and 2020.

This is thanks to Seville’s great infrastructure, sporting culture, and the many places tourist destinations that sports fans can make use of.

Read the article: Travel To The Port City Of Malaga, Spain