Home Europe The Splendor of Sunsets and Sunrises in Europe 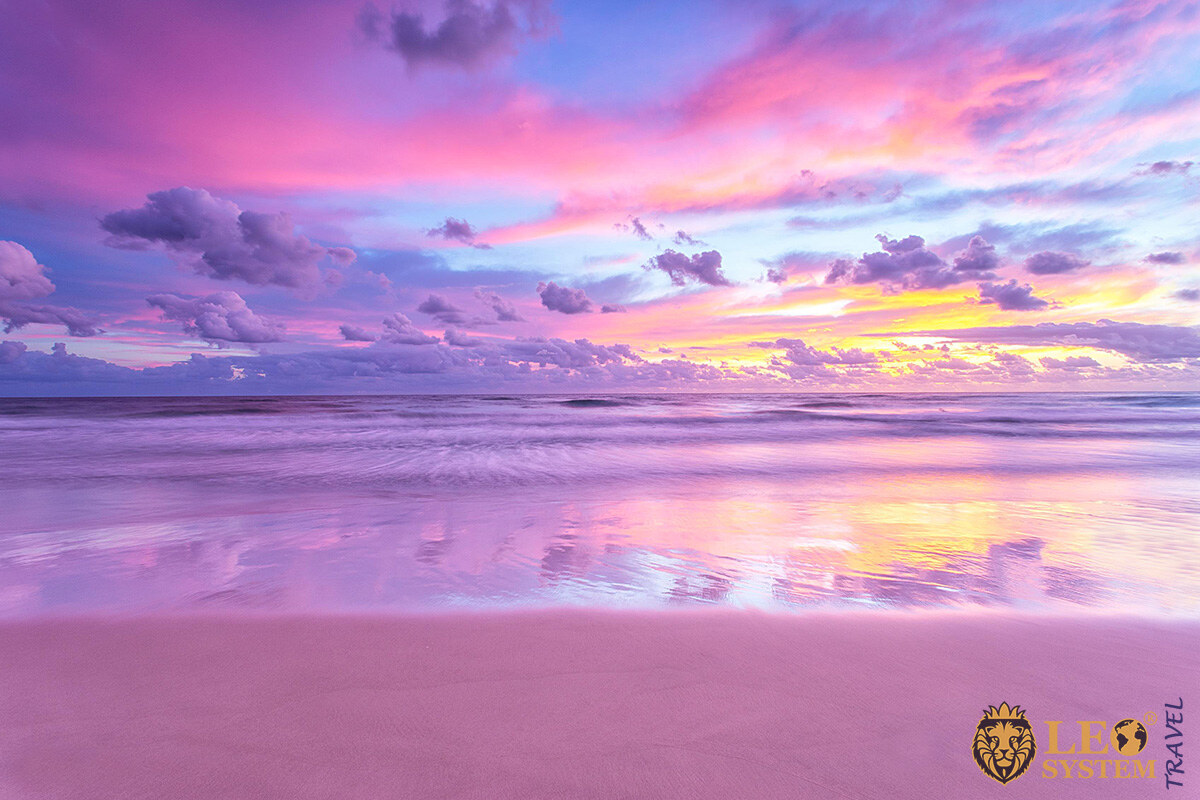 Sunrises and sunsets are mesmerizing moments in the day when the environments completely transform for a significant part of the day. Europe is the sixth-biggest continent in the world, with only the country-continent hybrid Australia being smaller. Despite this, it is one of the most diverse areas in the world.

Thanks to this, you can experience the splendor of sunsets and sunrises in Europe with ease.

Scandinavia is a large, icy, mostly desolate place unlike any other part of Europe. The region is home to over half a million square kilometers of forest. As well as a significant proportion of the European coastline.

This is thanks to the estimated 267,570 islands that make up the geographic region. Furthermore, only a few thousand of them are permanently inhabited, which allows you to experience their untouched beauty. 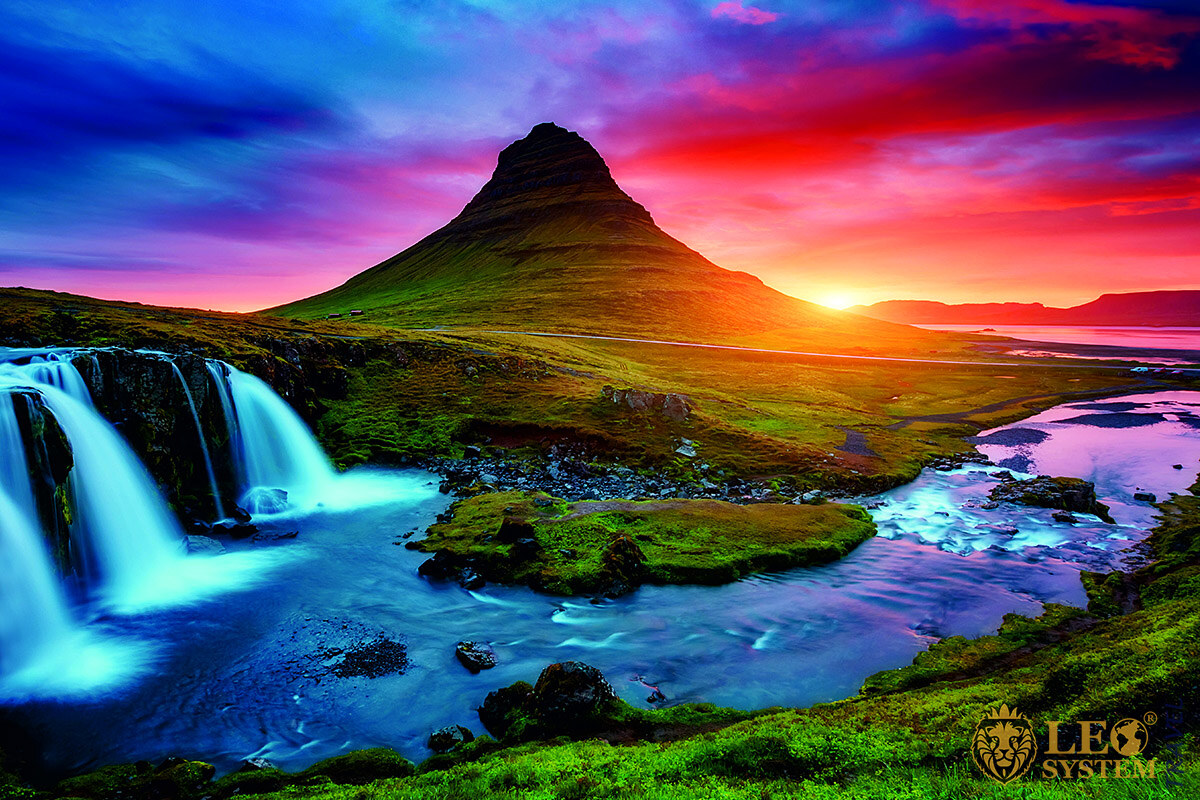 A further reason to go out and experience sunsets in Scandinavia is what is known as the ‘northern nights’. This natural phenomenon consists of green and red-colored light dancing in the sky.

They occur in the northernmost regions of Sweden, Norway, and Finland due to the effects of solar winds. The great thing is that in the months of April to August, right after enjoying the calming nightfall, you can witness the beautiful northern lights.

Marshes of the British Isles.

The British Isles is home to hundreds of large marshes. They are caused by the sea flooding coastal areas and reshaping the land for decades or even centuries.

Marshes are often overlooked; however, they are a terrific place to witness the sunup and close of day. First of all, marshes are an incredibly rich environment that can be home to millions of animals. These animals can include small mammals such as rabbits and foxes. As well as birds and even fish. 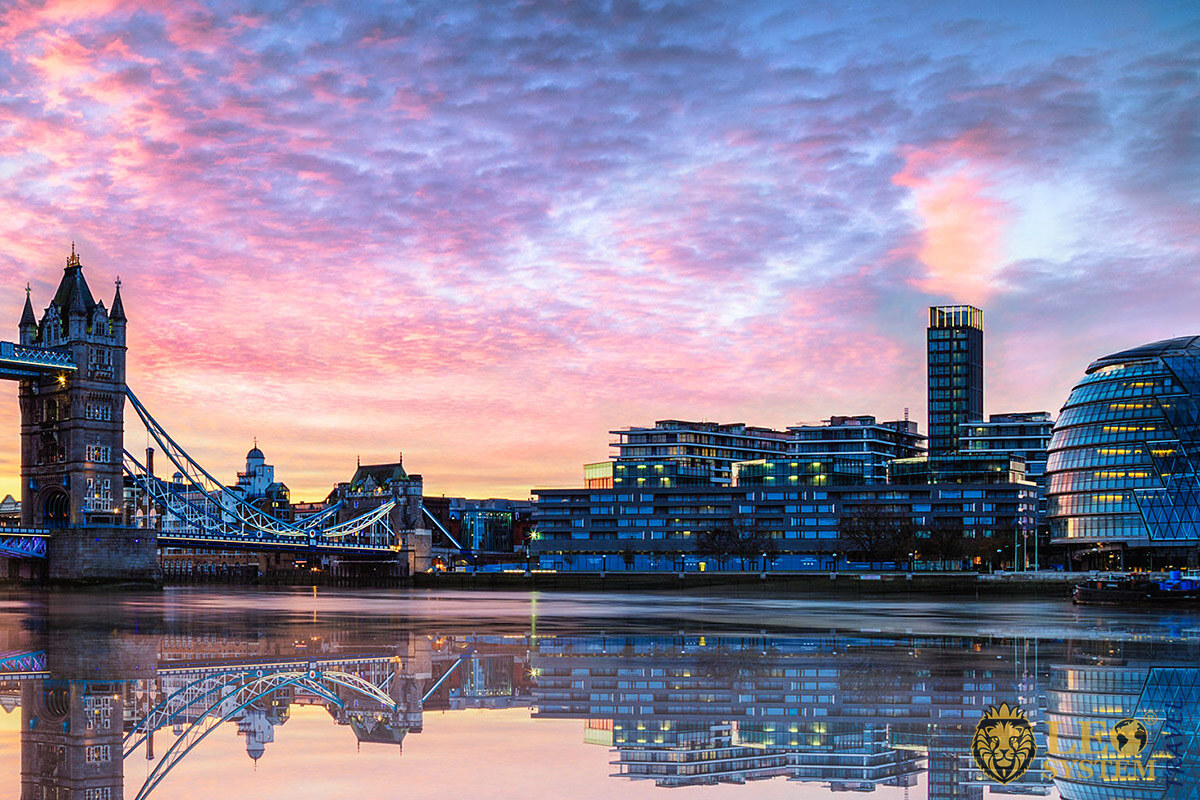 Due to this, by attending marshes early morning or before nighttime, then you can see the many changes going on in the environment. From animals coming out of their dens to plants closing up due to the lack of sunlight. Moreover, the sun and its rays are radiated in the many bodies of water that make up the marshes.

Hallstatt is a small Austrian town inhabited by less than one thousand people. The peaceful township is hugged by rigid mountains and lush leafy hills. While at the same time being located on Lake Hallstatt. In fact, the region that it is located in is so stunning that it is actually a UNESCO World Heritage Site. 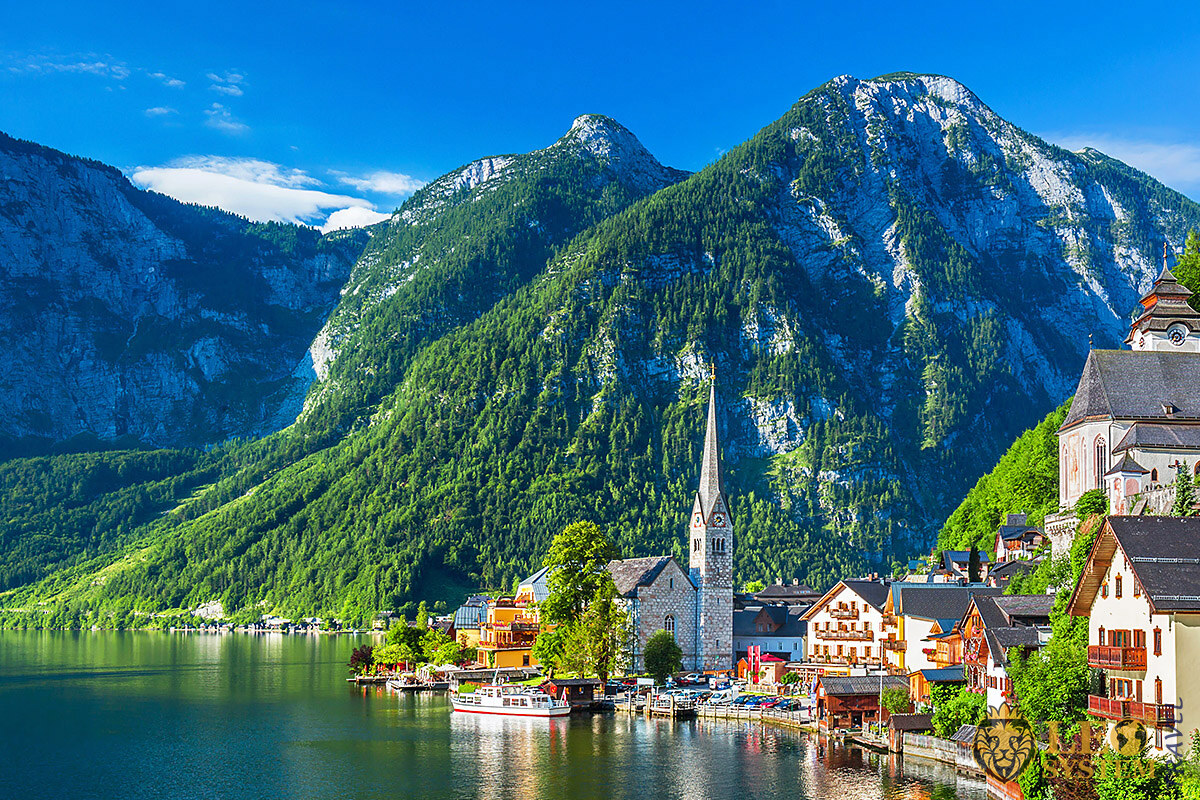 Every day, the sun rises and falls back behind the imposing mountains. The light shines off the flinty surfaces and edges of the cliff range. To add to this, there is a great contrast in the landscape when the sun is in motion. For example, some sides of the landscape will be rich golden in color while others are overwhelmingly grayscale depending on where the sun happens to be positioned.

By choosing Hallstatt, you have a lot of choices. Visitors can enjoy the sun’s movement by the peer, by going hiking up the vibrant hills populated with pine trees or the confines of your snug hotel room.

The Amalfi Coast is a popular tourist location, known for its crystal clear sea and comfortably mild climate. Amalfi Coast happens to be one of the most dazzling and gorgeous locations. It occupies a gulf on the Tyrrhenian Sea, a subsection of the Mediterranean that will allow you to witness the splendor of sunsets and sunrises in Europe. 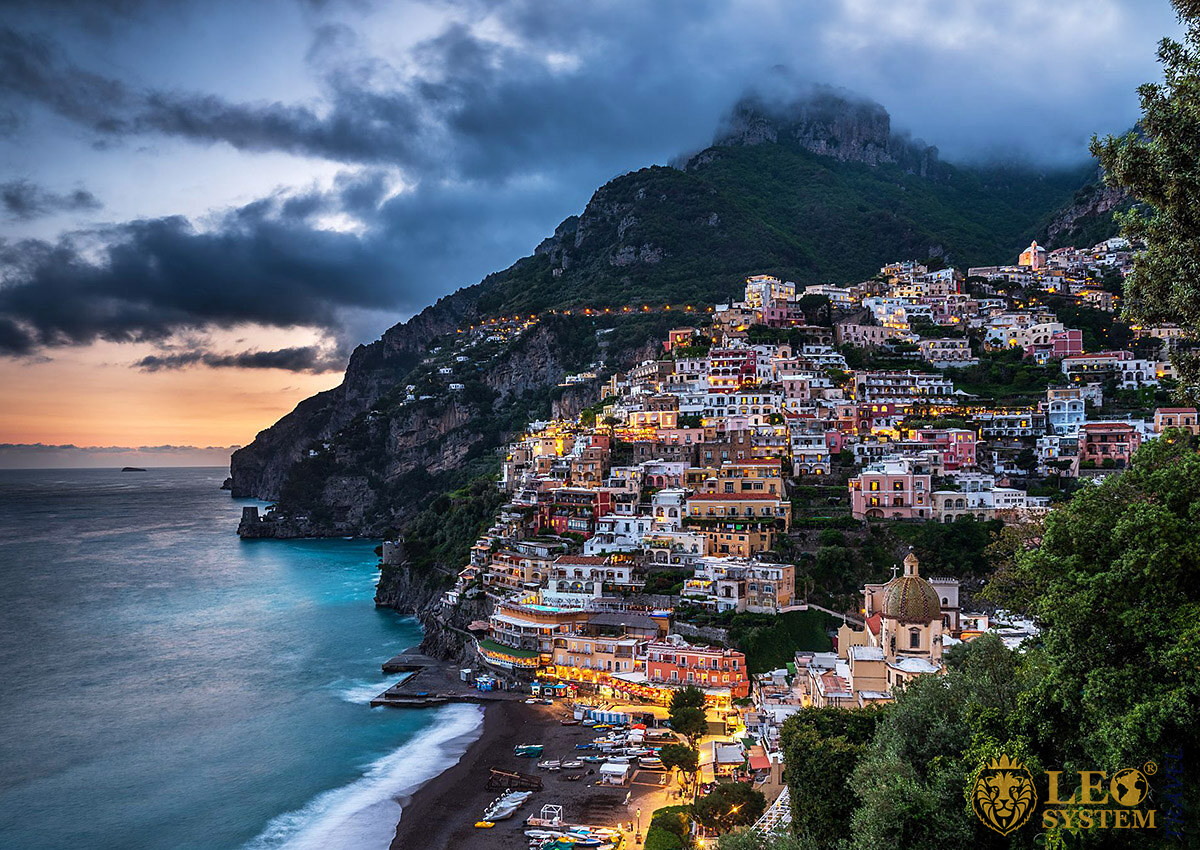 Its natural, as well as man-made beauty, will elevate the experience of any sundown or daybreak. The sun’s image will be imprinted in the innately refined waters, where it will flutter in the delicate waves.

However, the truly breathtaking scene is when all of the differently colored buildings are highlighted by the diminishing rays of the sun. It creates a rainbow of different colors from the painted facades.

Brightness of the Bosporus.

The Bosporus is one of the most important waterways in Europe. It is a bridge between Asia and Europe, as well as Eastern Europe to the Mediterranean. Thanks to this great strategic and commercial importance, the Bosporus is also the home of Istanbul. The city of Istanbul is one of the largest in terms of size and population in the world. 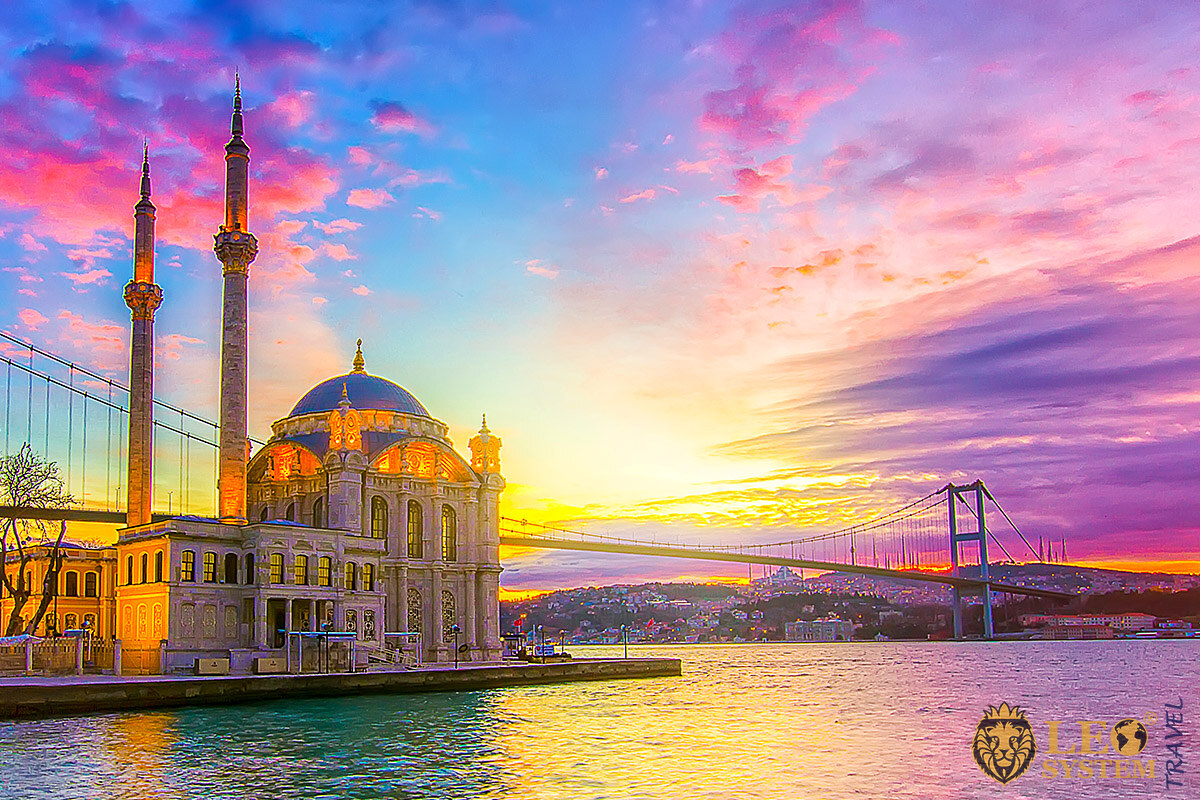 Beholding the daily change of the sun on Bosporus is an astonishing display of an ecosystem that consists of tens of millions of people. Whether that is a permanent population, tourists, or the operators of the over one hundred cargo ships that pass through the Bosporus Strait.

The rays of the sun will shyly peek through the minarets and domes of the thousands of mosques, as well as gleam through the ultra-modern skyscrapers. While at the same time coloring in the Bosporus strait that breathes life into the city of Istanbul.

Many have not heard of the Black Sea, it is a comparatively mid-sized sea located on the very edge of Europe. It is known as the Black Sea due to its turbulent waters as well as the high level of seaweed that grows in the sea.

Going sun-watching on the Black Sea, you will experience great contrast. The sun will be covered by semi-translucent spots made out of clouds, while confidently burning in the night sky. A diminishing line of light will equally divide the horizon of the sea in front. While the dark blue sea and its salty essences will take over your senses. 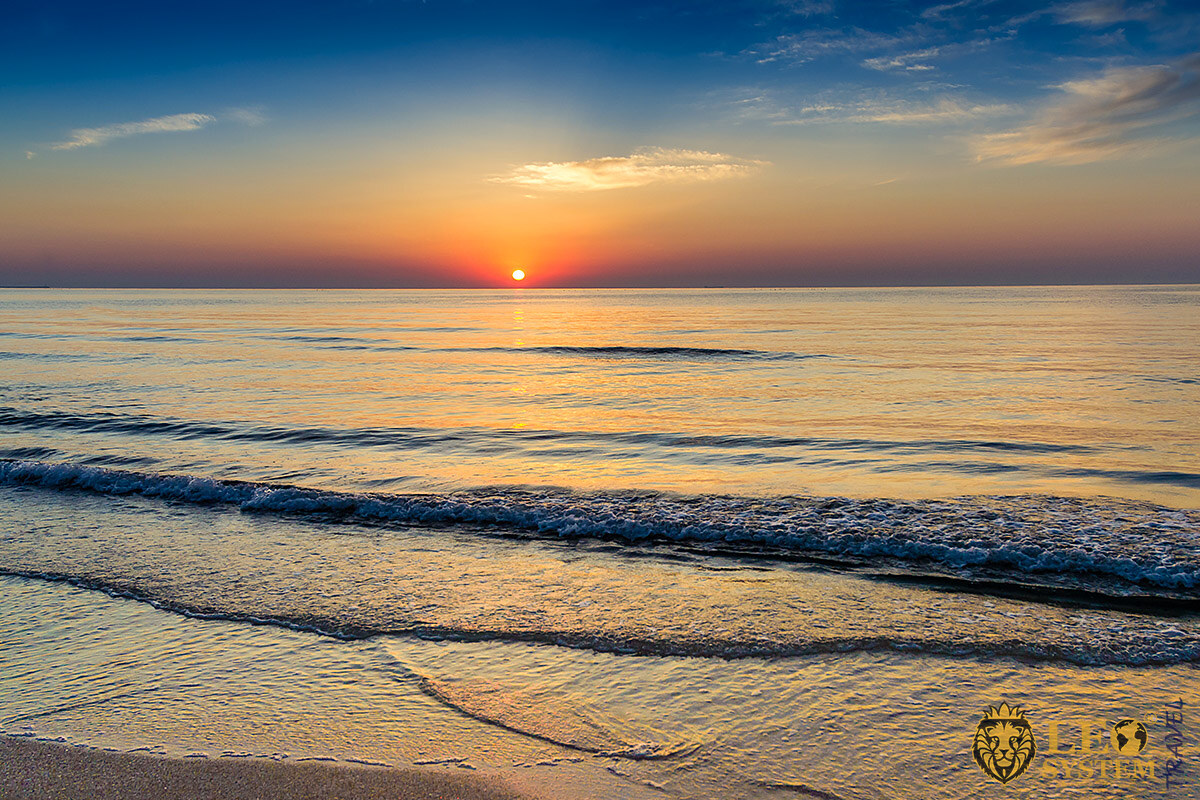 Additionally, the Black Sea is at the center of distinctive countries home to different climates and cultures. Thus giving you the opportunity to have a variety of diverse experiences while taking in the relaxing force of the sun’s daily migrations.

Finally, in this article about the splendor of sunsets and sunrises in Europe with ease, we have left one of the best locations until last. Seljalandsfoss is a world-famous cave and waterfall complex in Iceland.

There are a number of vantage points where you can enjoy the dynamism of the sun. From climbing up one of the highlands to the side of the natural waterway. From here you have a clear view of the sun as it appears from behind the Cliffside of the waterfall and glides over the leafy green landscape. 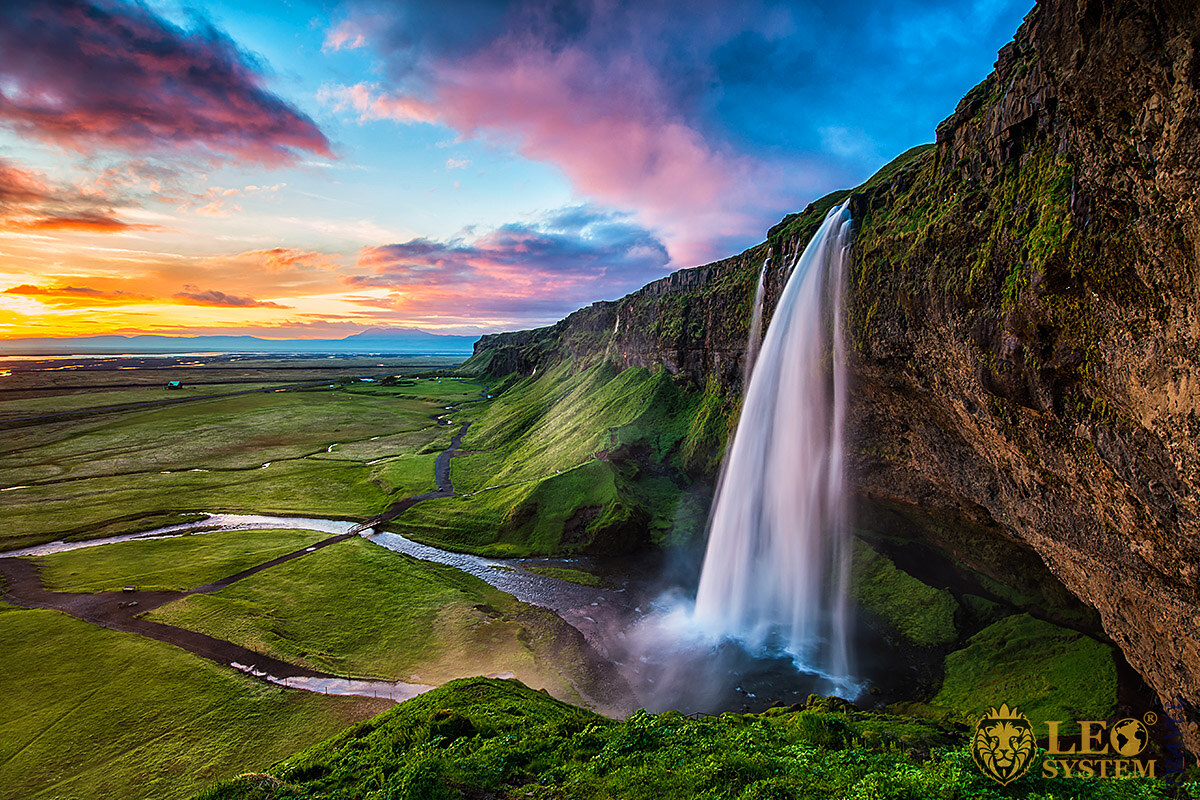 Alternatively, you can locate yourself right underneath the rocky formation and patiently wait for the rays of light to glance over or hide behind.

But the best spot is inside of the cave behind the waterfall. From there, you are able to see the flow of the light intertwining with the flow of the water. The flowing water absorbing a number of vibrant colors such as yellow, pink, and orange. It is a sight to behold and definitely one that you must go out to experience.