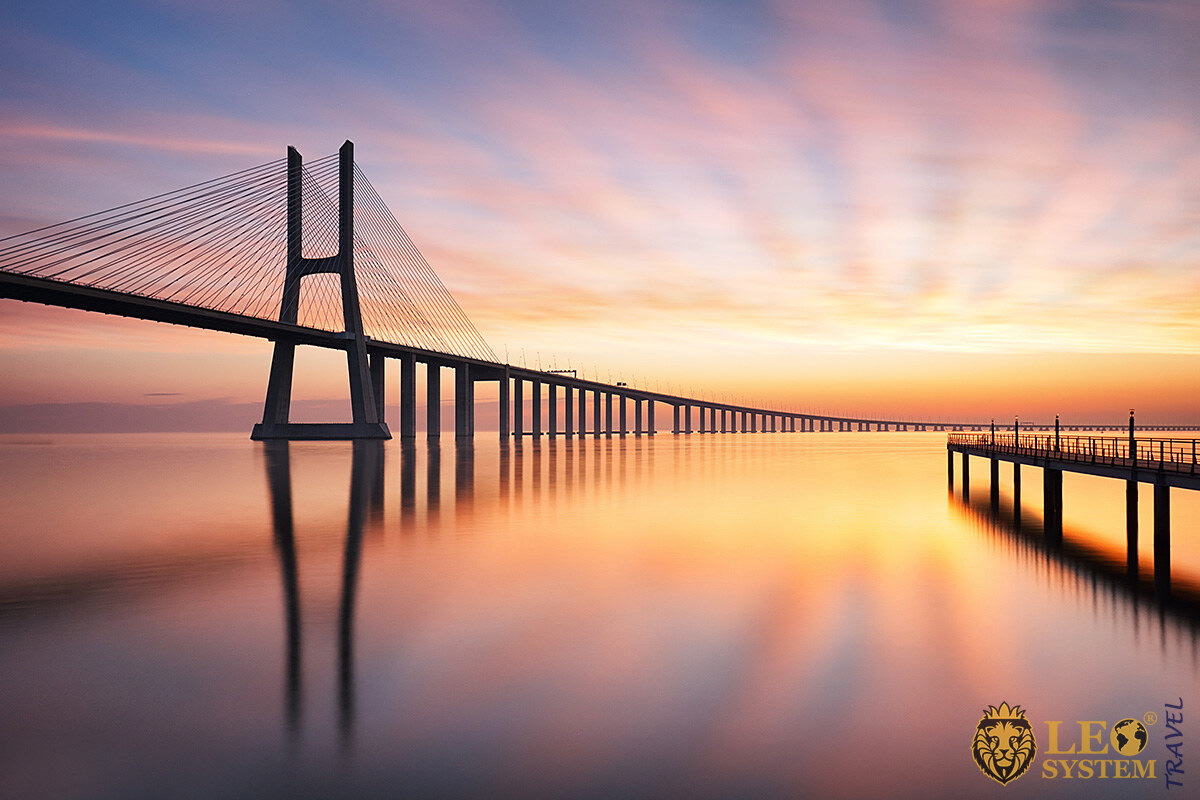 Bridges are often taken for granted, but in fact, there are some of the most important pieces of infrastructure that we have at our disposal. With the help of bridges, we are able to transport goods and materials across difficult environments to traverse such as rivers, mountains, and even seas.

Additionally, bridges shorten the travel times between destinations. Many of the biggest cities in the world such as Paris, Denmark and Portugal will not be as successful as they are today without the help of bridges.

We will be telling you about the most impressive of these structures in this article about the longest bridges in Europe. 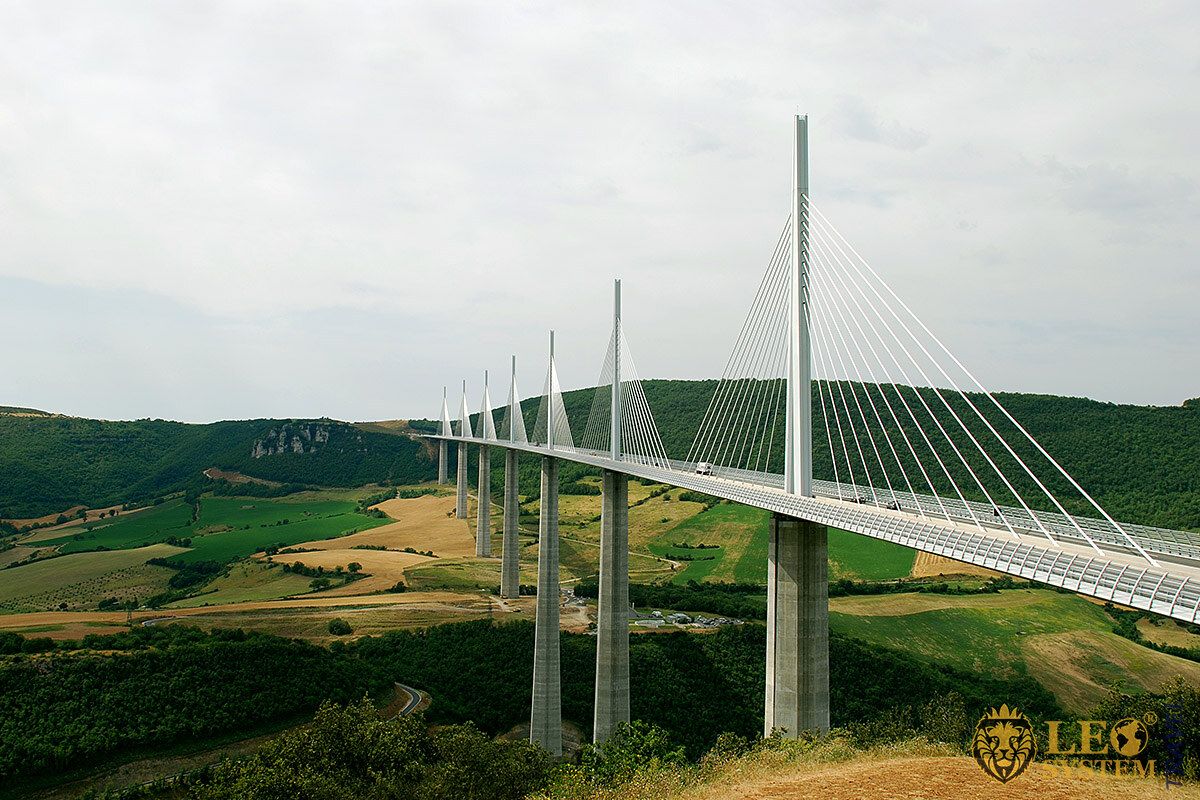 This means that the bridge is taller than another French monument, the Eiffel Tower that stands at a height of 324 meters. In fact, during certain times of the year, the ground below the Millau Viaduct Bridge cannot be seen as it is covered by clouds.

The bridge uses ‘Cable-Stay’ technology, which are metal wire, cables that extend from the towers of the bridge down to the deck of the bridge which acts as effective support.

Such technology is often used in very tall bridges that require an extra method of support in order to be comfortably saved. This is essential for the Millau Viaduct Bridge, which is 2,460 meters in length. 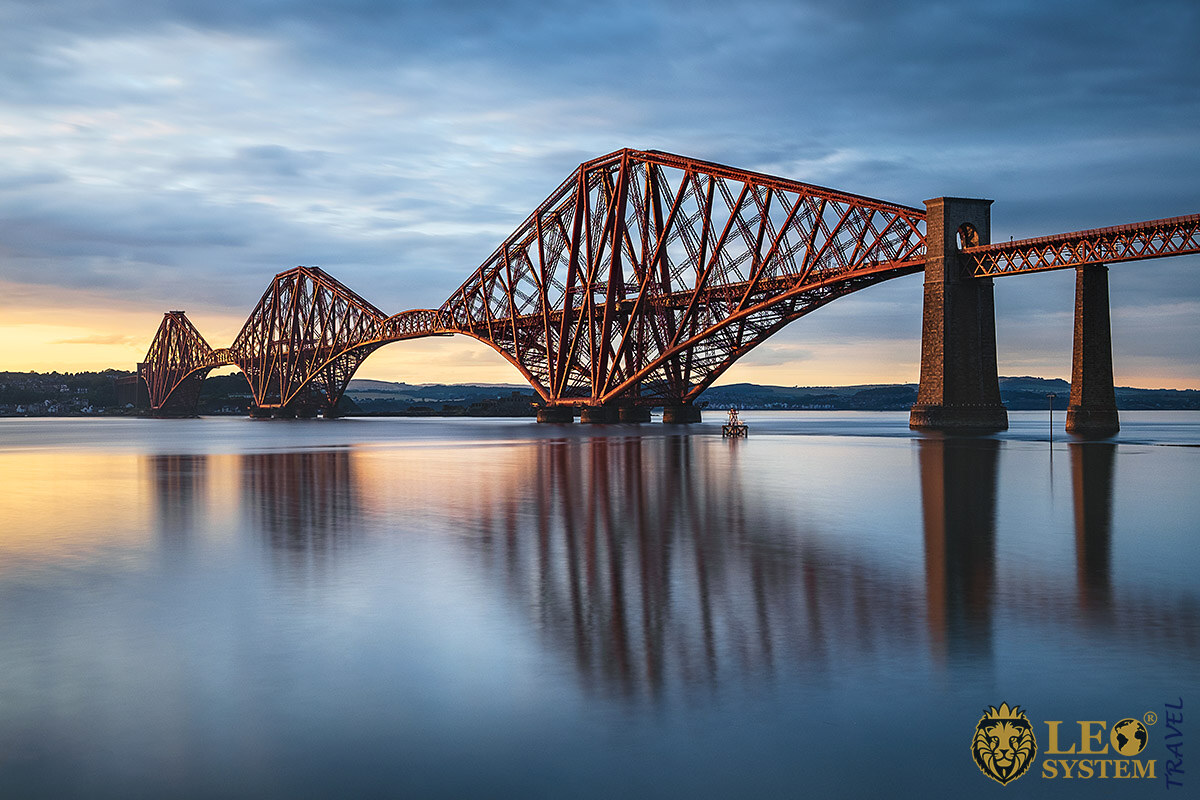 The Forth Bridge is the biggest bridge in Scotland, that connects Edinburgh, the capital of Scotland with the county of Fife on the other side. The bridge goes across the mouth of the River Forth, which is at its largest in that section where the river connects with the North Sea.

The bridge is 2,528 meters in length, and it was built completed in the year 1890 which made this bridge at the time a marvel of engineering. It is estimated that over 4,000 men worked on the bridge during its construction from 1882 to 1890.

What sets the Forth Bridge apart from the other large bridges on this list, that Forth Bridge is a railway bridge, meaning it hosts two train lines that go in the opposite directions.

At the time of its construction, cars were not very widespread, and the railroads were the most advanced way to get around. Although the railroad has been modernized continuously over the past centuries, it has no capacity for other vehicles. 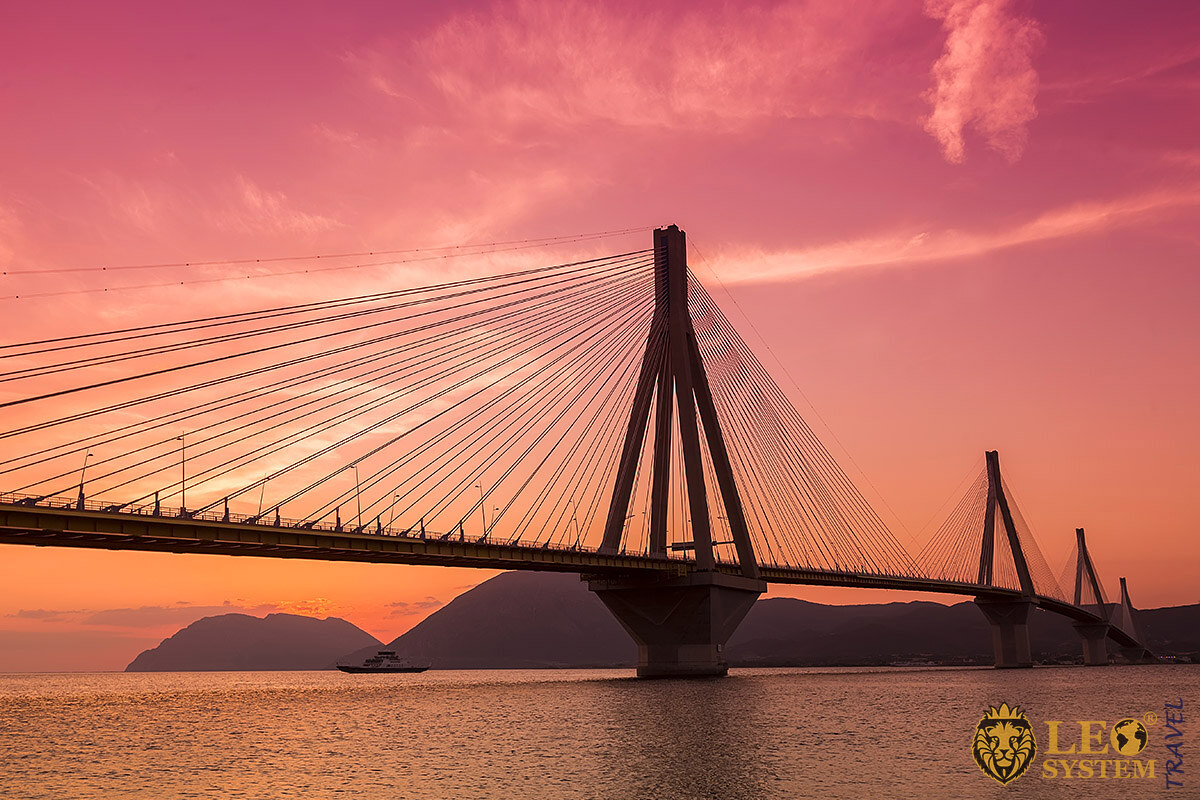 Construction for the bridge began in 1998 and was completed in 2004 just a day before the start of the 2004 Athens Olympic Games.

Rion-Antirion Bridge is built to be able to stand significant seismic activity also known as earthquakes which are very common in that region of Greece. The bridge is open 24/7 to vehicles and is monitored by over 100 sensors and cameras that monitor a lot of factors such as the speed of vehicles, monitor weather conditions as well as record footage for evidence if ever required.

There is also a footpath on both sides of the bridge that allows pedestrians to cross the bridge safely. On the pedestrian footpath, it is very common to find photographers of all skill levels that gather to take pictures of the Ionian Sea, the surrounding landscape of Greece as well as the wildlife. 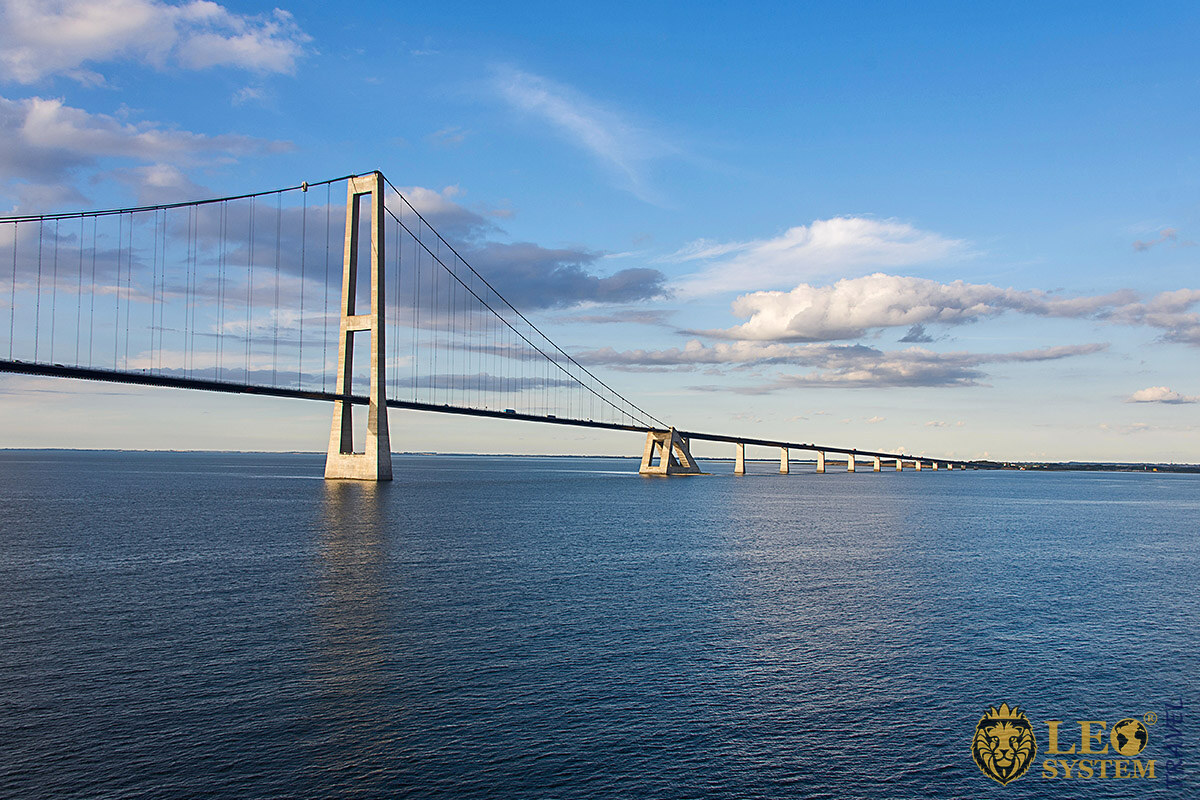 The Great Belt Bridge, also known by other names such as the East Bridge and the Great Belt Fixed Link is a suspension bridge that connects the two largest islands of Denmark, called Zealand and Funen.

The bridge was completed in 1998, until that time, a ferry service was widely used for travel and also transportation of goods. The project cost a total of $3.42 billion, which makes it one of the most expensive construction projects in Denmark ever.

It is a truly enormous bridge that has a total length of 6,790 meters, it is estimated that an average of 30,200 cars every single day. The bridge is owned by the Government of Denmark, who charges toll fees to drivers of vehicles that use the bridge.

In order not to damage the local ferry industry, the tolls are artificially inflated in order to be higher than the prices of taking a ferry boat across the strait. 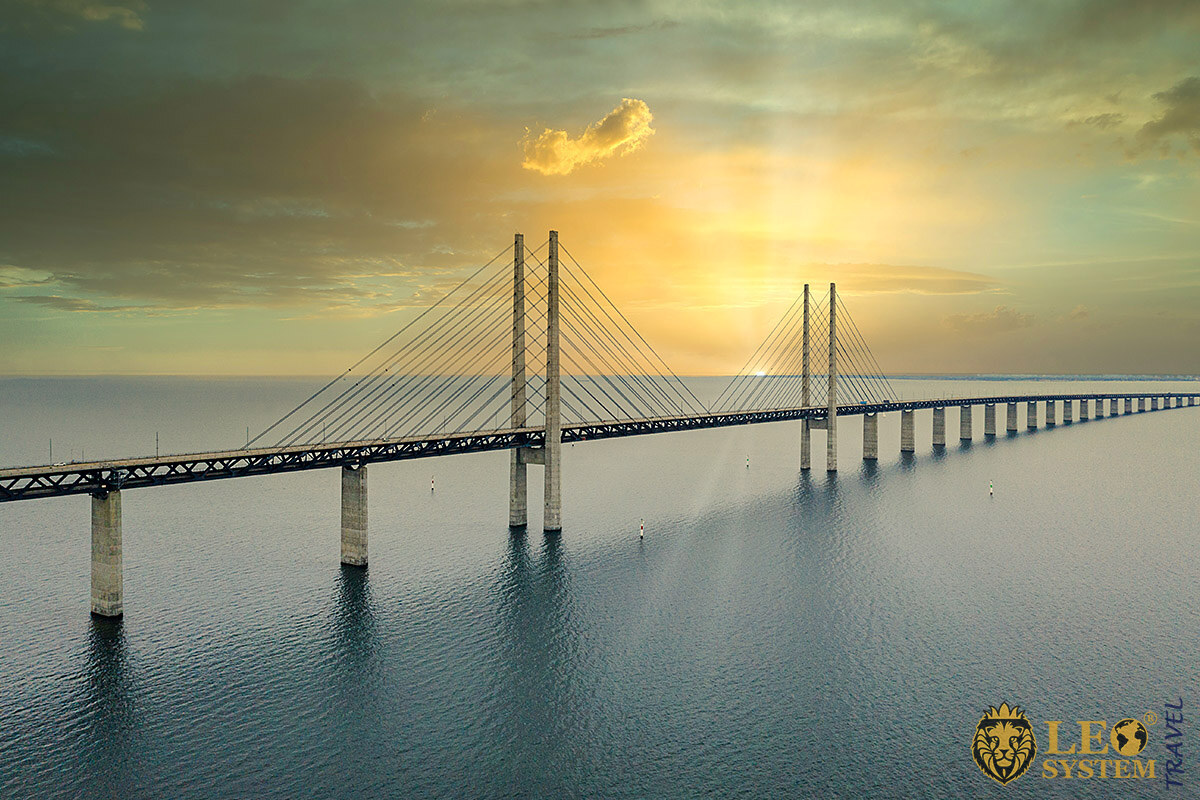 Oresund Bridge is the second bridge that we have on this list article that is located in Denmark, although it is partly also located in Sweden.

The Oresund Bridge works together with the Great Belt Bride that we have discussed above in order to provide seamless access by car over the Kattegat Strait between Denmark and Sweden. It makes up a very important piece of infrastructure that boosts the economy and cooperation between both Nordic countries.

Completed a bit later than the Great Belt Bridge, the Oresund Bridge was officially opened on the 1st of July 2000. Since 1910, there has been support for a bridge that would connect Denmark and Sweden. However, due to both financial and technological constraints, it became a reality close to a century later.

At the point where the bridge meets the artificial island of Peberholm there is also a train station, with the train line running underneath the Oresund Bridge in what is known as the Drogden Tunnel. The Oresund Bridge has a total length of 7,845 meters. 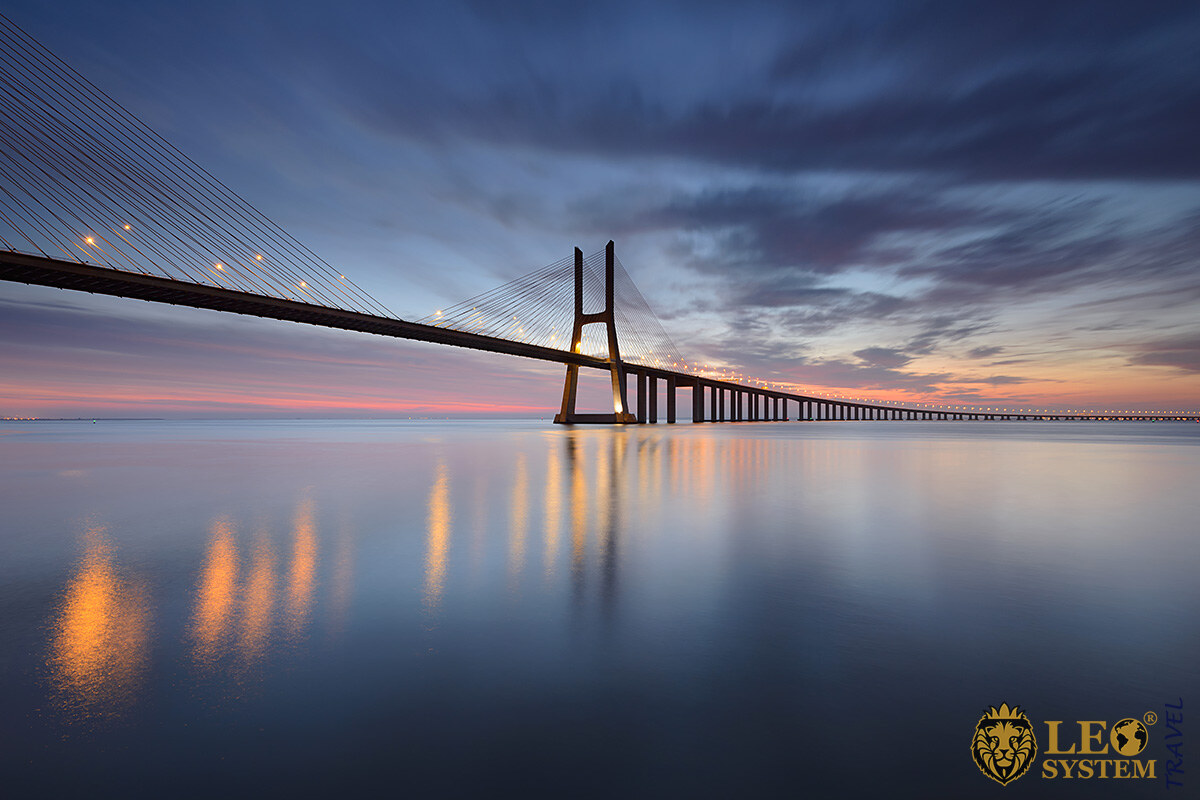 Construction of the bridge started in February 1995 and finished in March 1998. The Vasco da Gama Bridge was completed before the 1998 Lisbon World Exposition, which attracted an estimated 11 million visitors. The World Fair is a famous event that gives the chances to cities and countries to show themselves off to the world.

The bridge is noted for the fast speed that it was built in; this was thanks to the Vasco da Gama Bridge being separated into four different parts that were all built by different companies. It is estimated that 3,330 workers were working on the bridge at the same time during its construction.

Read the article: Overview Of The 15 Most Beautiful Sights In Europe 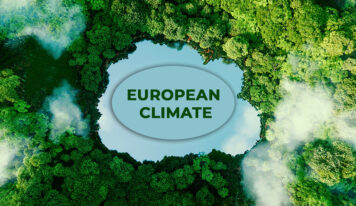 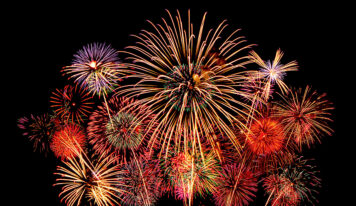