Home Morocco Travel to the City of Casablanca, Morocco 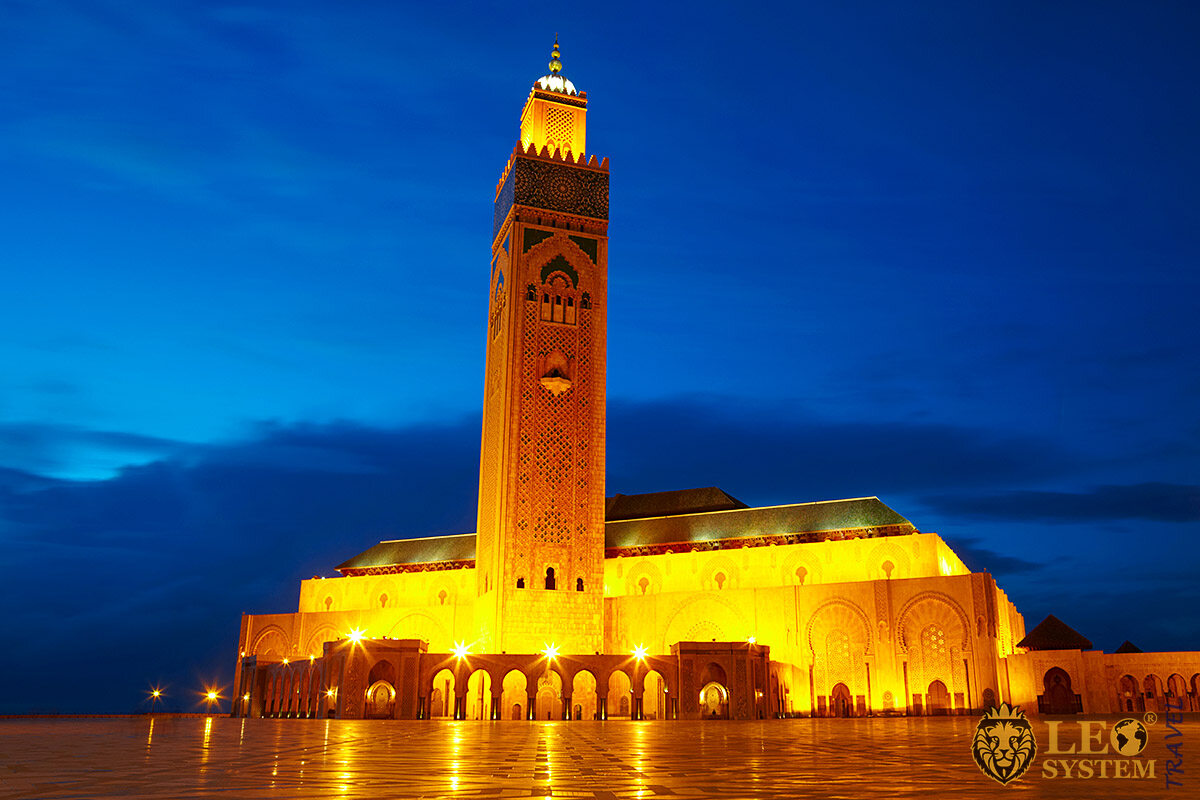 Casablanca is a seaport in Morocco that is the second largest in North Africa after Tanger Med which is also located in Morocco, despite not being the capital of the country; Casablanca is still the richest and most populous city.

Many different historical empires and religions have ruled over this ancient city which is full of historical buildings from various eras as well as also being very popular with tourists that want to enjoy the amazing beaches in the vicinity of Casablanca.

In this travel to the city of Casablanca, Morocco article we are going to be sharing with you all the fascinating facts about this marvelous city and why you may be interested in visiting it.

The population of Casablanca has exploded in the last two hundred years, In the 1880s Casablanca had a population of just 10,000 people, but after the French conquered the city and built a massive fort in its place tens of thousands of colonists from France and other French territories starting settling into Casablanca and by 1921 the city has an estimated population of 120,000. 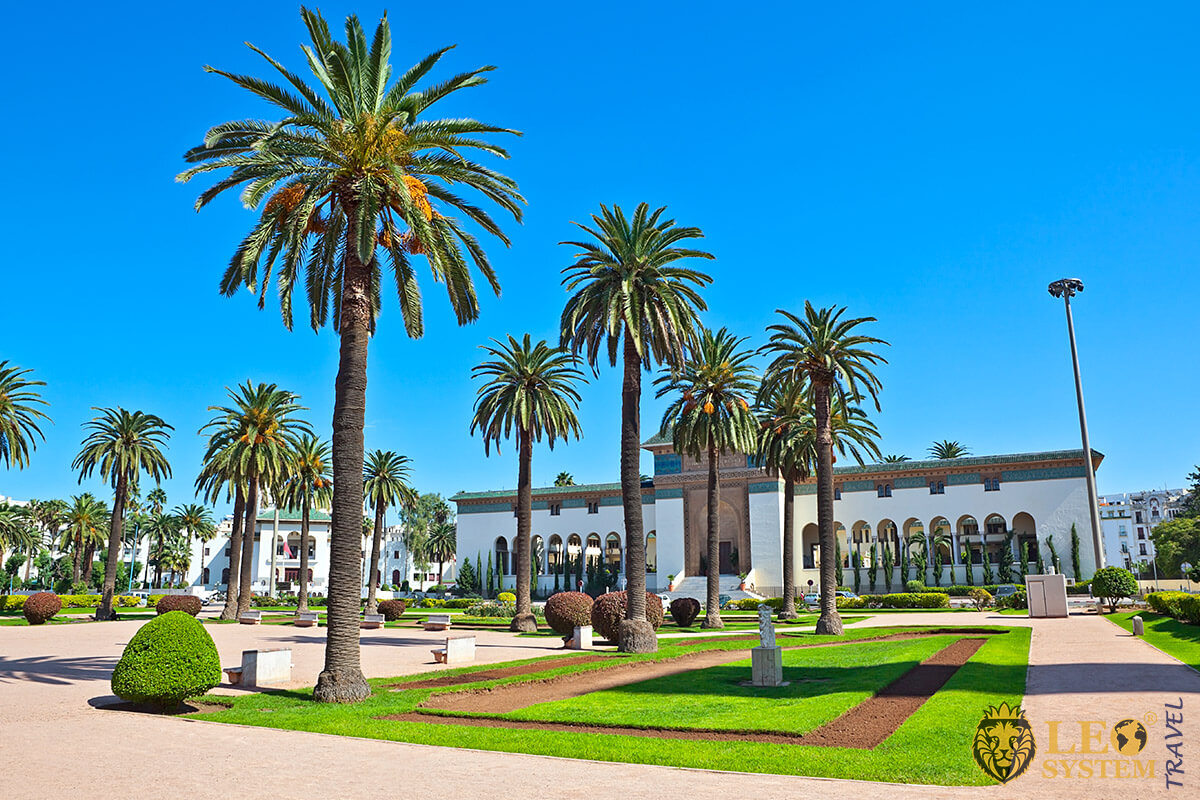 Thanks to the cities importance for France as it is located in a key sea route where thousands of ships traveled from the French colonies in West Africa to France, the city of Casablanca received a lot of investment which made it a lot more developed than other parts of Morocco which led to a lot of internal migration to the city after Morocco gained independence in 1956.

Thanks to the massive population of this city, it is no surprise that many notable Moroccans have originated from there. One of those famous figures is Muhammad Zarqtuni who was a Moroccan resistance fighter and revolutionary who at the age of 19 became a revolutionary who is a controversial figure.

But today in Morocco is widely viewed as a martyr for the cause of independence for the country that died from suicide in a French prison, so he would not reveal any secret information about the Moroccan resistance movement. 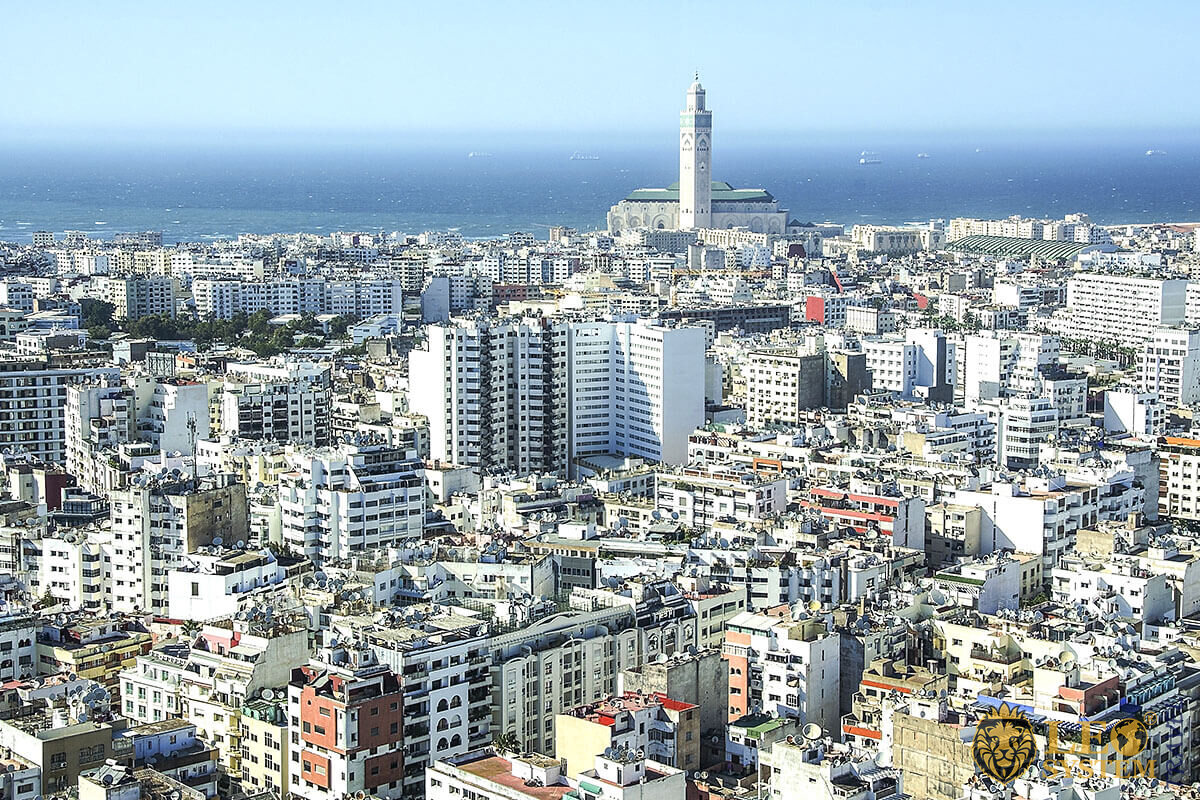 Other famous people born in Casablanca are Amal Ayouch who is a famous theater and film actress who has played leading roles in dozens of French and Arabic language films. Frank Stephenson, who is a British-American car designer who, has designed many famous cars for companies such as Mini, Ferrari, and McLaren as well as Merieme Chadid who is a Moroccan astronomer who is best known for her work in installing the first telescope in Antarctica.

The History of Casablanca.

Casablanca has a wealth of history; originally the city was founded as Anfa by the Phoenicians during 2500 BC and then conquered by the Romans who used it to create a trading outpost that will make trading with the kingdoms in West Africa and Sub-Saharan much easier.

Later on, Berbers and Arabs settled in what is now Casablanca with the name Casablanca coming after the Portuguese and Spanish conquered the region due to its strategic importance as they both wanted to expand their colonies in West Africa and the New World. 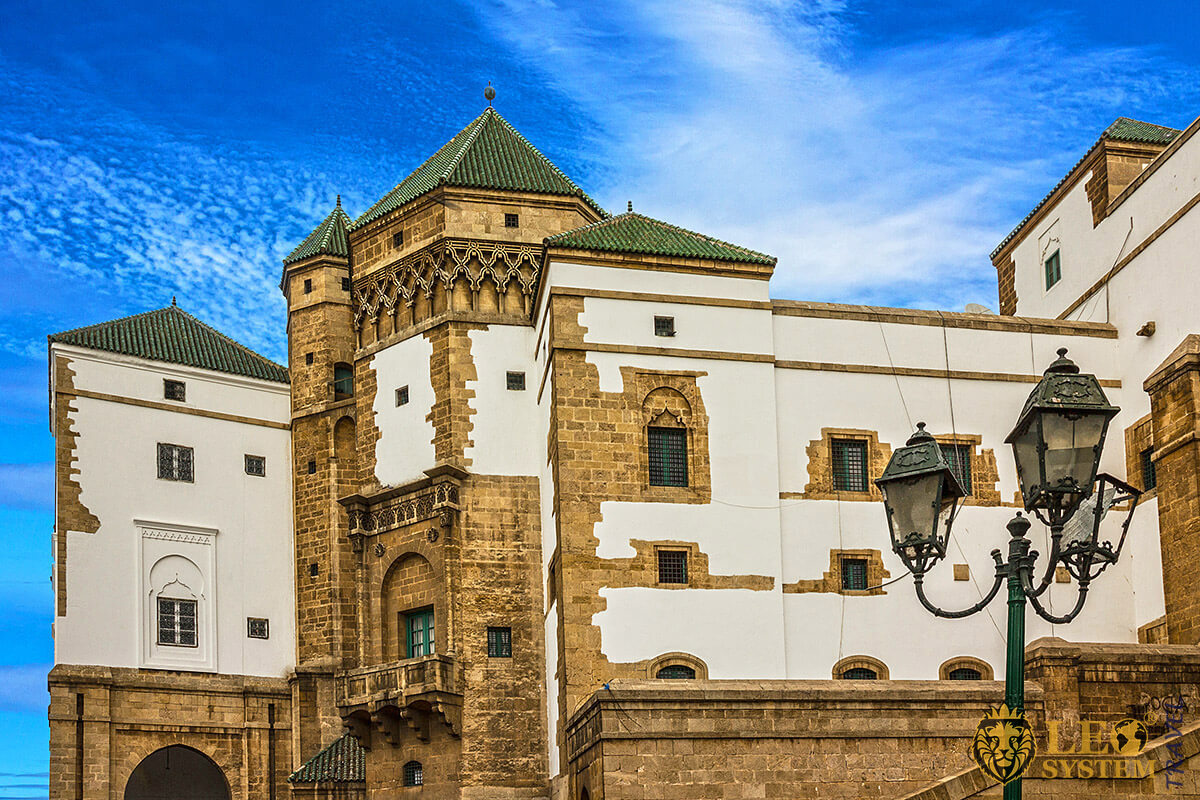 Therefore, in Casablanca, you will see a lot of churches such as the Cathédrale Sacré Coeur and mosques such as the Hassan II Mosque which is the 7th biggest mosque in the entire world due to Empires of both religions controlling the city for centuries each.

Additionally, Casablanca is a great tourist location for the lover of military history due to the massive fortress complex that snakes around the entire city and can be traversed by tourists if they wish so.

Another reason to travel to the city of Casablanca, Morocco is the rich culture. The culture of Casablanca is very unique. It has heavy influences from Arabic, European, and also African culture, mainly due to the central location of the city in between lucrative trade routes both on land and sea.

A unique music genre called Aita originates from Casablanca and the surrounding regions; it is a form of music from Bedouin culture which generally is made up of drums, violins, and also a female choir. 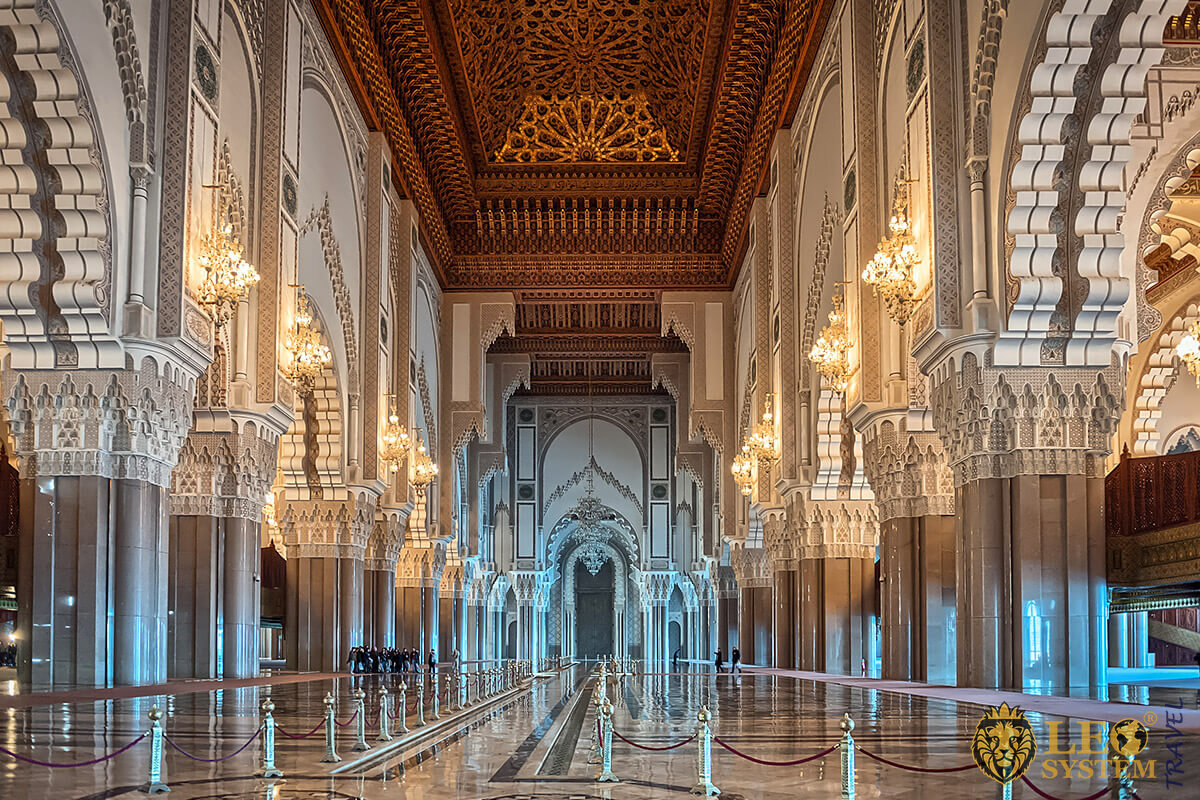 Casablanca is also one of the most liberal cities in Morocco, and it has the reputation of being the birthplace of new Moroccan genres influenced from the west such as rock in the 1960s and also rap which originated in the late 1990s and early 2000s with famous rappers such as French Montana, El Haqed and La Fouine originating from the city.

Entertainment is a very big and growing industry in Casablanca, with the local government and business consortiums investing heavily in the industry to attract even more tourists who are attracted to the city of Casablanca thanks to its sunny weather.

An example of completed entertainment development such as Parc Sindibad which is a theme park that is designed around Arabic influenced architecture and culture but has all of the popular theme park attractions such as rides, roller coasters, and food outlets. 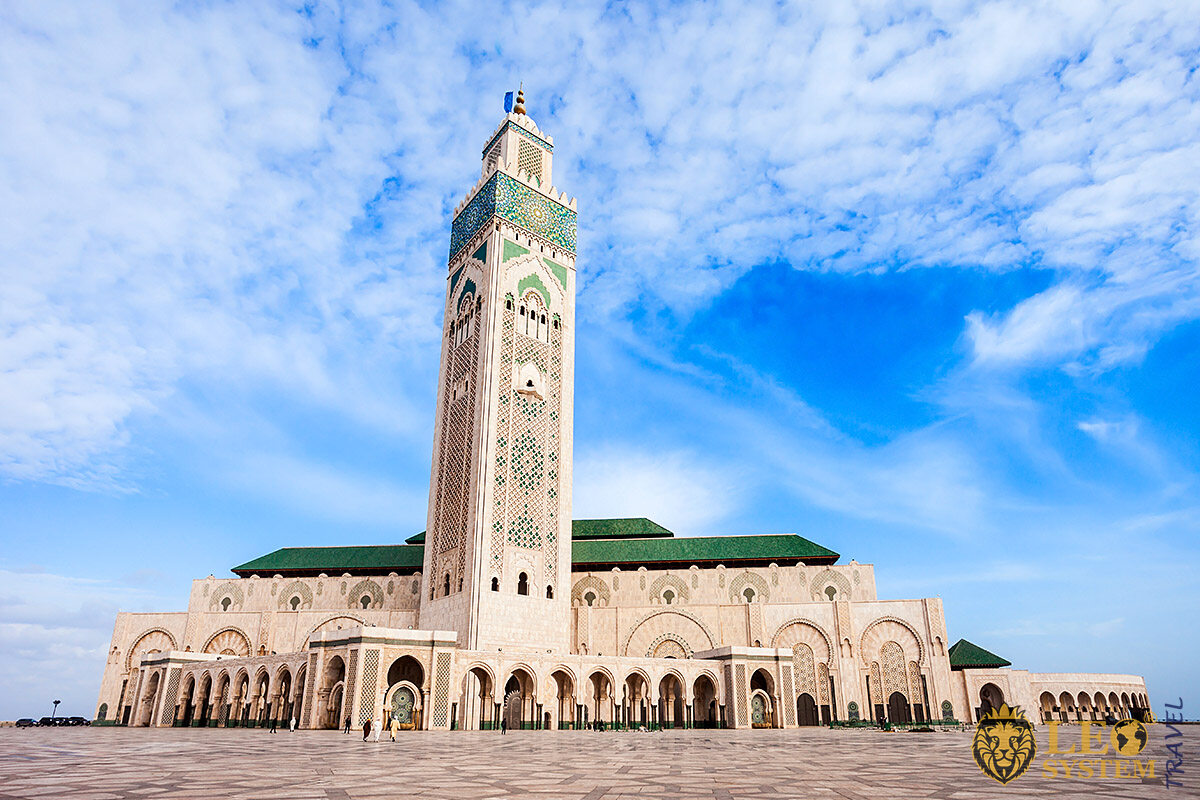 Moreover, Casablanca has all the different forms of entertainment of a modern metropolitan city such as nightclubs, restaurants, cinemas, and also shopping centers which are all mainly located on the beachfront of the city. 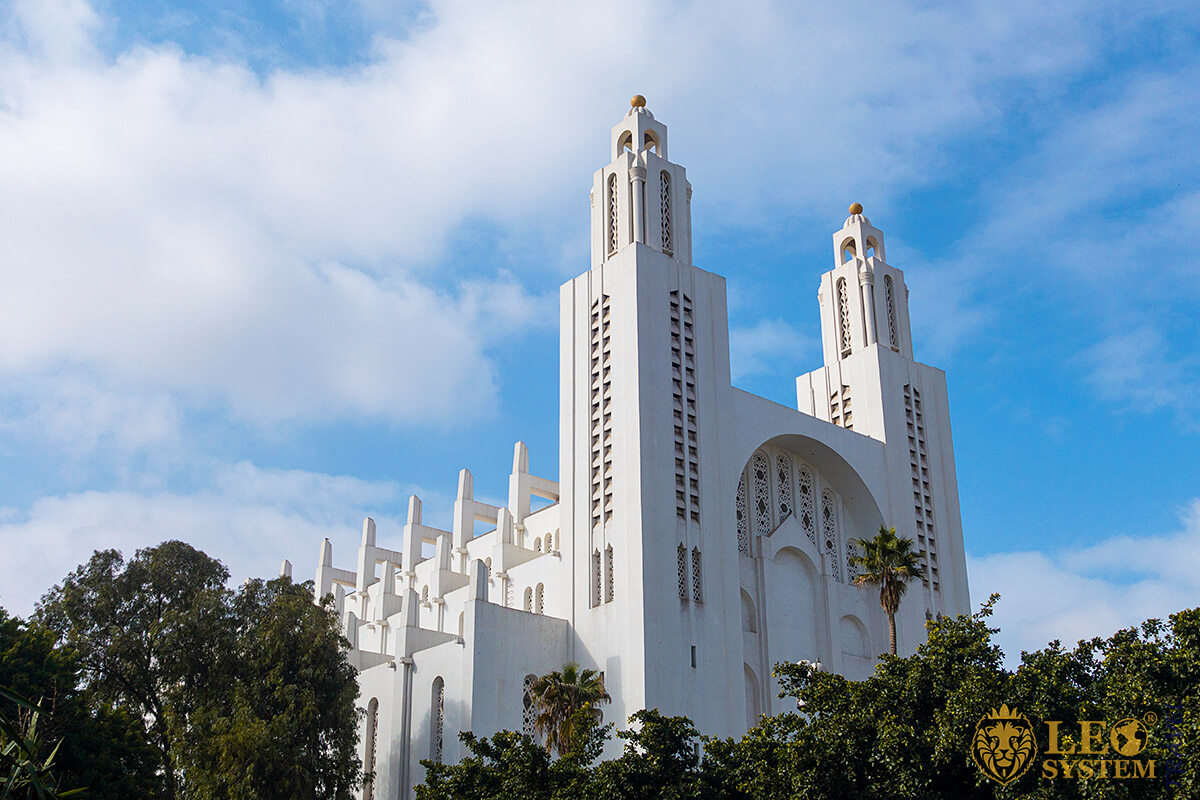 Casablanca’s climate is officially classed as ‘Hot-Summer Mediterranean Climate’ which is why it is so popular with tourists from Europe and other countries around the world thanks to its sunny, warm weather for most of the year as well as its nice clean beaches and seas.

Casablanca has one of the world’s most unique environments, so it is no surprise that we had to include it in our travel to the city of Casablanca, Morocco article. There are many wildlife parks in Casablanca with the most popular one being the Bouskoura forest which is a man-made forest created in the 20th century and is made up of plants such as eucalyptus, palm and pine trees.

Wildlife parks in Casablanca are very different from what you will see in other places around the world. This is because Morocco’s wildlife is a desert, so there are very few species of plants and animals that can survive in such a harsh climate.

However, there are many natural parks and tours that allow tourists to have a once in a lifetime experience in the expansive deserts on camelback with paid tour guides.

There is also a variety of fish and other sea creatures such as jellyfish and turtles that live in the Casablanca area due to the city being located on the Atlantic Ocean. 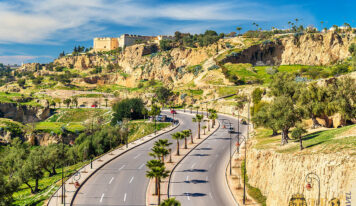 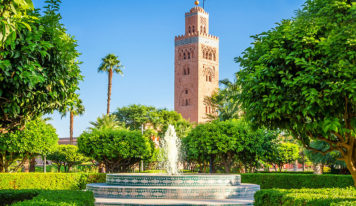