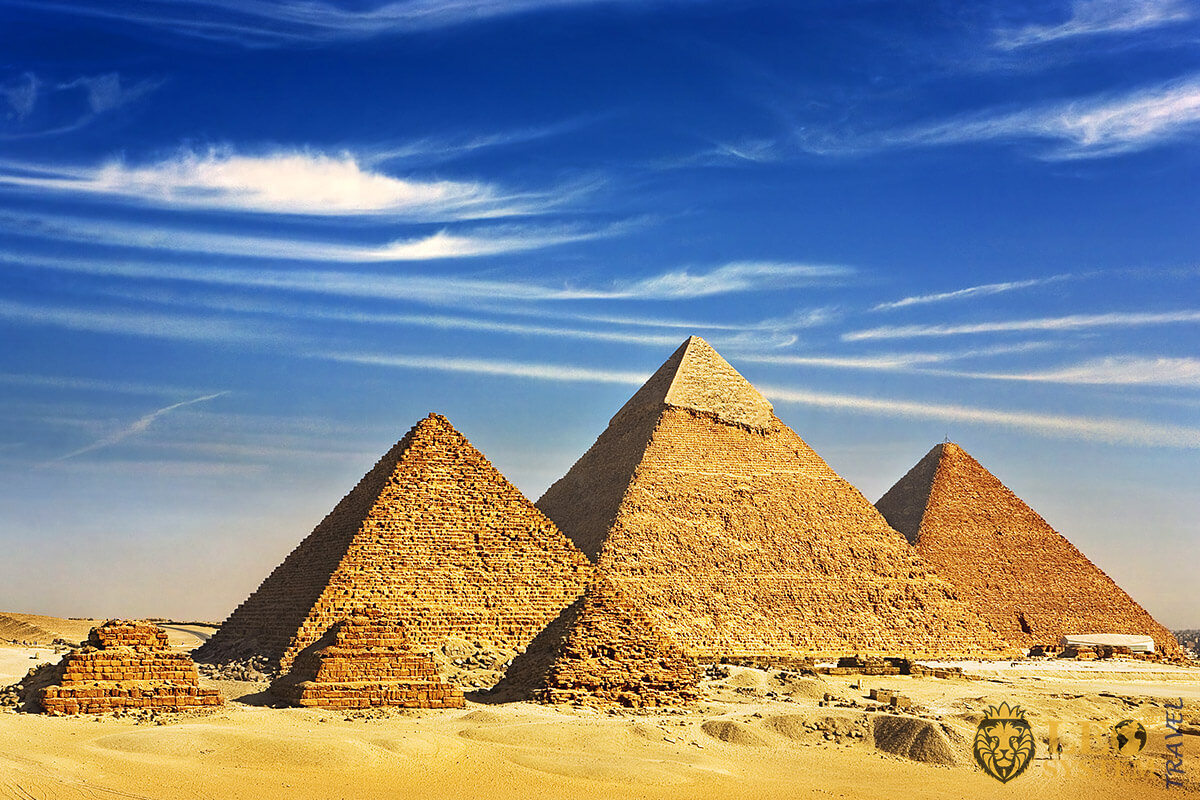 In this article, we will conduct an interesting tour of the Egyptian pyramids, tell us about the history of their foundation and show fascinating photographs of the pyramids. 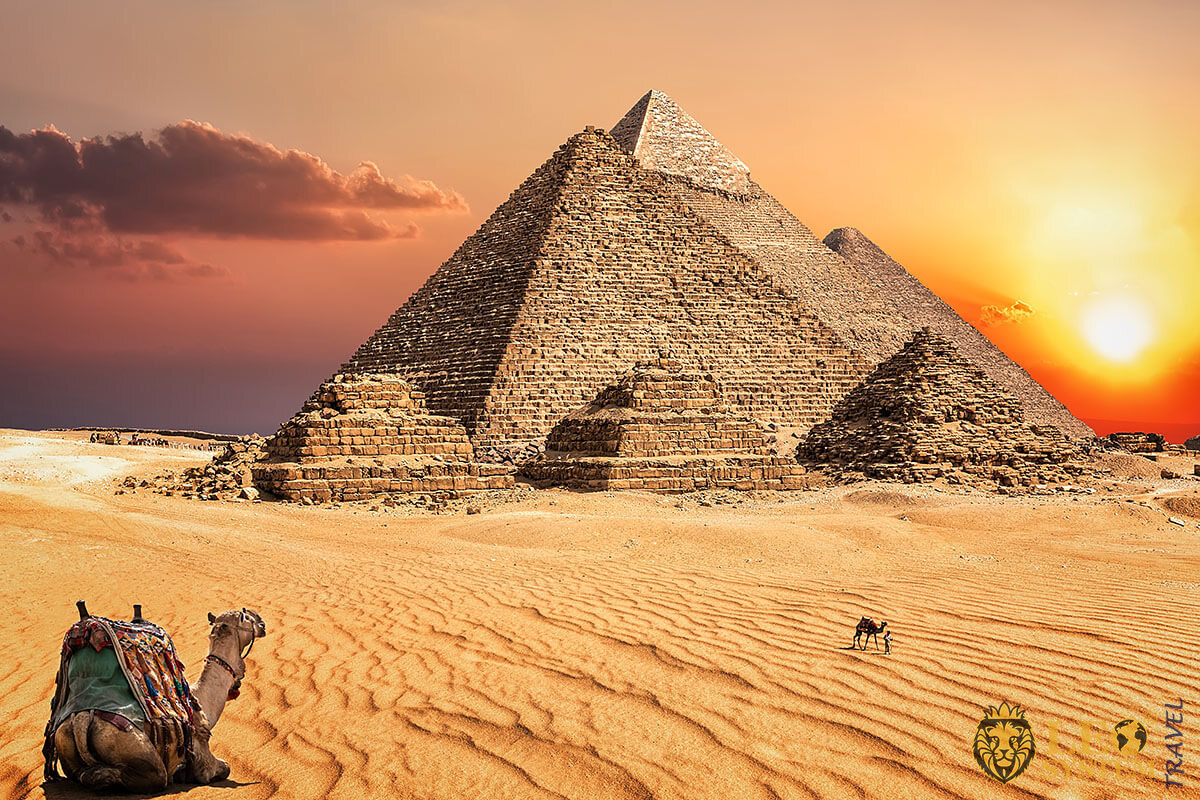 In our overview of 10 ancient Egyptian pyramids, the first entry is Menkaure. This pyramid is located near the Great Pyramid on the Giza plateau. It is thought to have been constructed as the tomb of Pharaoh Menkaure (fourth dynasty).

The ancient Egyptians believed in an afterlife, and the purpose of the pyramid was to store and secure all the things that the pharaoh would need in that afterlife. It would contain storage chambers of all sorts of objects that the pharaoh might need, including treasure.

This treasure is why so many of the Pyramids were robbed and vandalized in later years. Many pyramids contained traps and curses to try and discourage grave robbers. The exact date of construction of the Menkaure pyramid is not known, but estimates are that development was around 26 centuries BC. 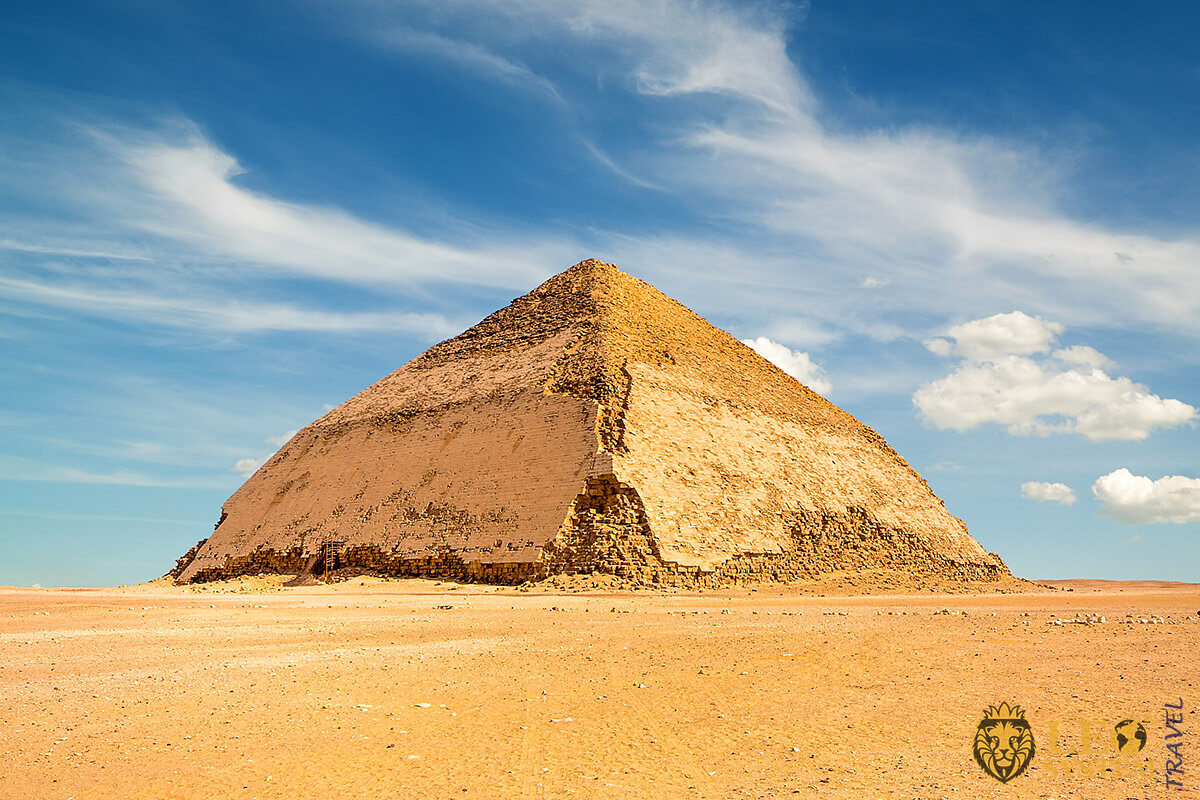 The Bent Pyramid was built in 26 centuries BC, some 40 miles south of Cairo. It has an unusual design that gives its name. The base of the pyramid begins at a 54-degree slope, but once it gets to 47 meters high, it switches to 43-degrees, giving the «bent» appearance.

Current thinking is that during the building of the pyramid, the builders became concerned that the steep angle chosen was making the structure unstable, and that it could possibly collapse.

This imminent collapse caused them to switch to a shallower angle to reduce this risk. This theory is supported by the fact the next pyramid built began at 43-degrees (learning from experience). Something they had not determined after the collapse, during construction, of the previous one, the Meidum Pyramid. 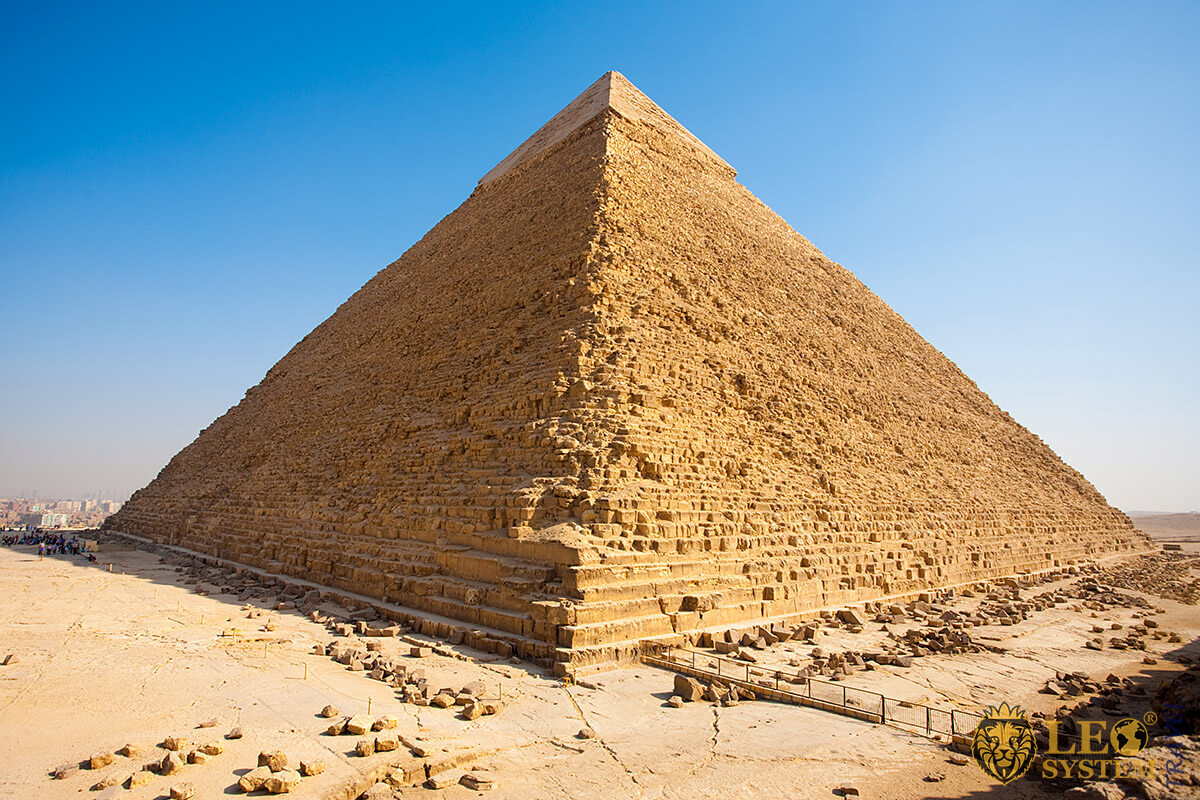 This pyramid is situated in Giza and is the second largest and second tallest of the pyramids of Ancient Egypt. It was built 25 centuries BC as the tomb of Pharaoh Khafre (fourth dynasty).

This was a fourth dynasty pyramid, so it would only contain models of the servants that the pharaoh would need in the afterlife. In the first dynasty, they would knock servants on the head and then bury them alive in the tombs under the pyramid.

Since it was believed that the pharaoh was a living God (Horus) who became the God Osiris after death, to be buried with God was seen as a guaranteed way to achieve higher status in the afterlife. It may be that some retainers voluntarily agreed to be sacrificed in this way. 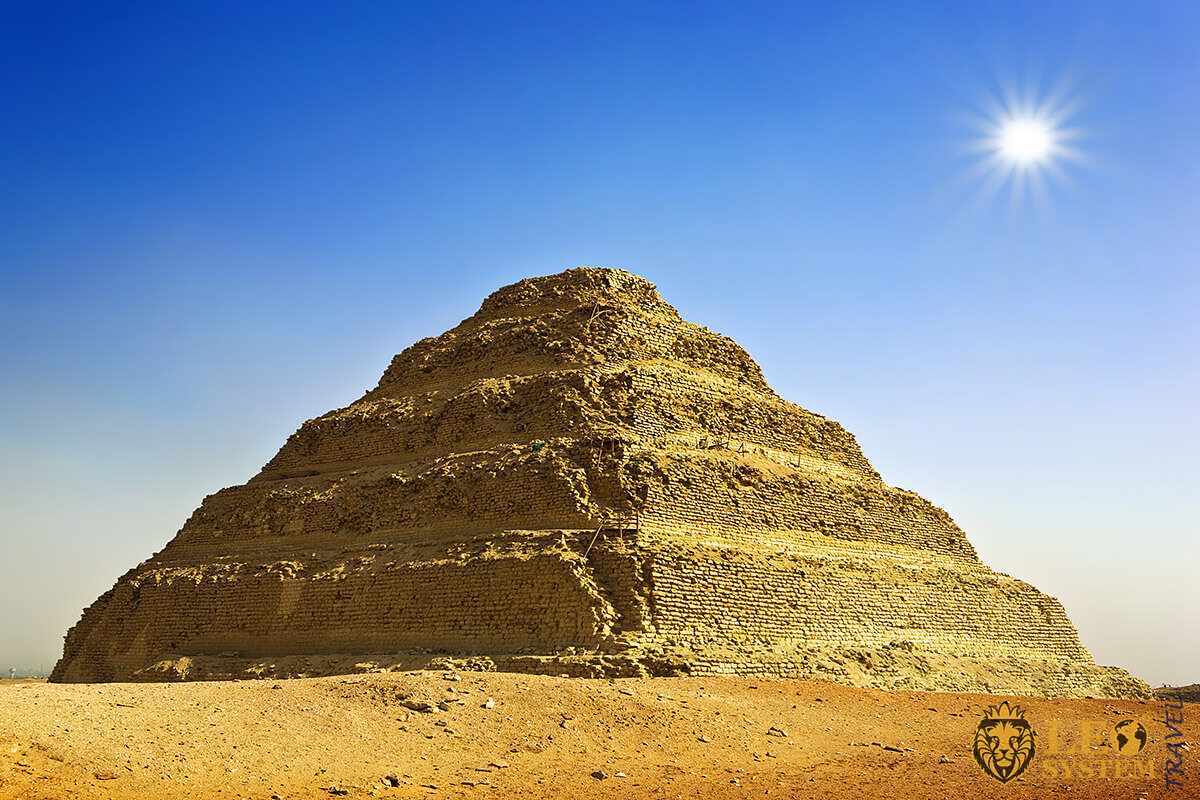 This is a stepped pyramid of the third dynasty. The tomb is a centerpiece of a large complex of mortuaries that is, in turn, surrounded by structures for ceremonies.

The step pyramid is thought to be the original way that pyramids were built. This pyramid was built 27 centuries BC. Djoser was the first king in the third dynasty in Egypt. He was married to Hetephernebti, who it is suspected was his sister. Interestingly enough, there is no word for the queen in Ancient Egypt. If a queen ruled, she would be known as King. 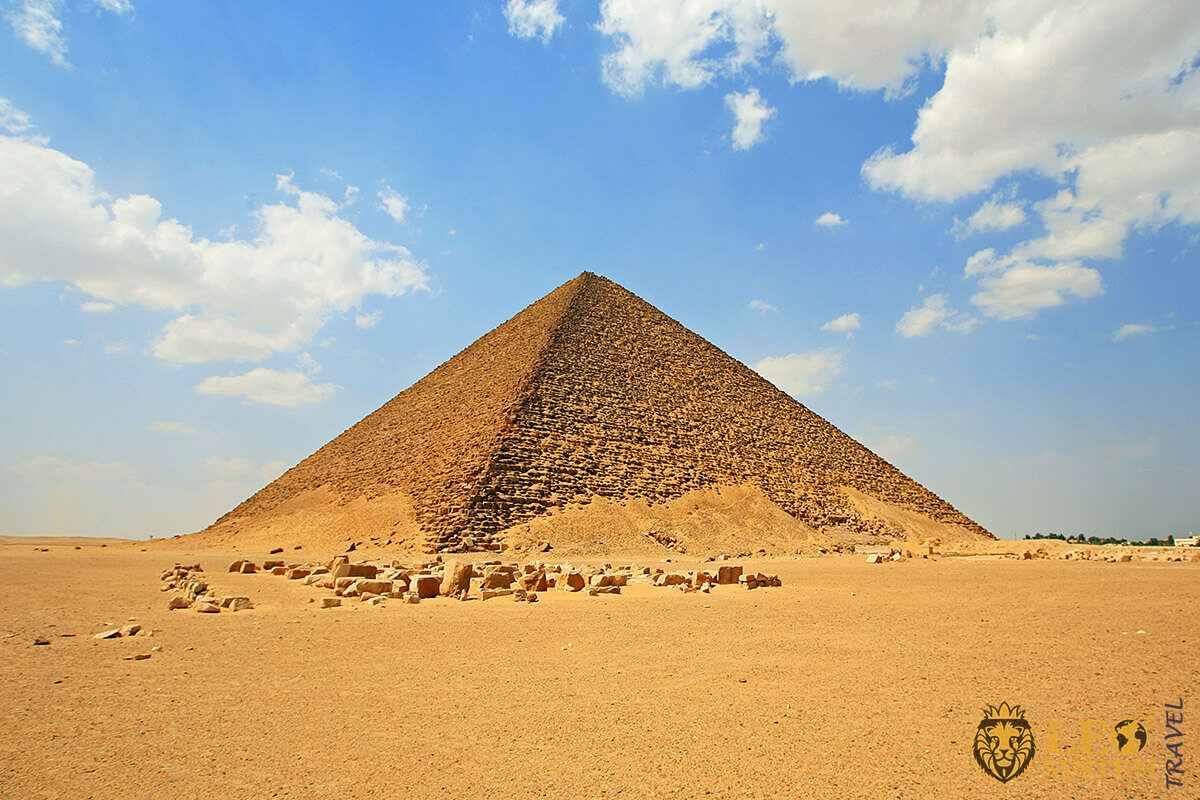 Located in Dahshur necropolis in Cairo, Egypt. The North Pyramid, often called the red pyramid, is the third-largest Egyptian pyramid. This pyramid was the first «successful attempt at building a smooth-sided true pyramid» Before this one; they had stepped pyramids.

The Red Pyramid originally was cased in white limestone, but this was stripped to provide limestone for buildings in Cairo at a later point. This revealed the red sandstone underneath. 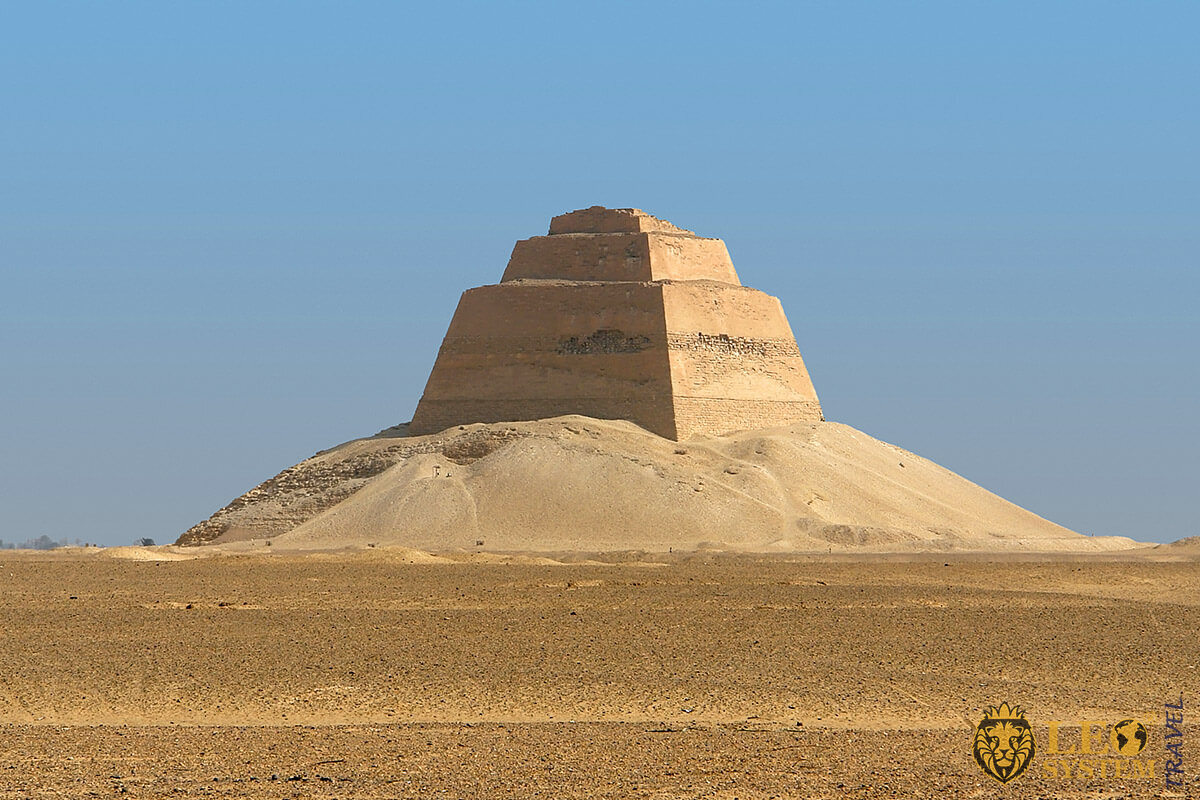 There is a lot of academic conjecture about this pyramid. It is believed that the tomb was first built for Huni, the last pharaoh of the third dynasty. The unusual appearance has caused it to be called a pseudo pyramid.

The original design was a stepped pyramid, but in the second phase of the building, they filled in the steps to make it into a true pyramid. This in itself is not unusual, but the problem was that this new outer layer was built with a sand foundation, whereas the original stepped pyramid had a stone one.

This was instrumental in the eventual collapse of the pyramid, which occurred while it was being constructed. What we see today is the remains of the original pyramid. The stones from the second phase were later stolen. 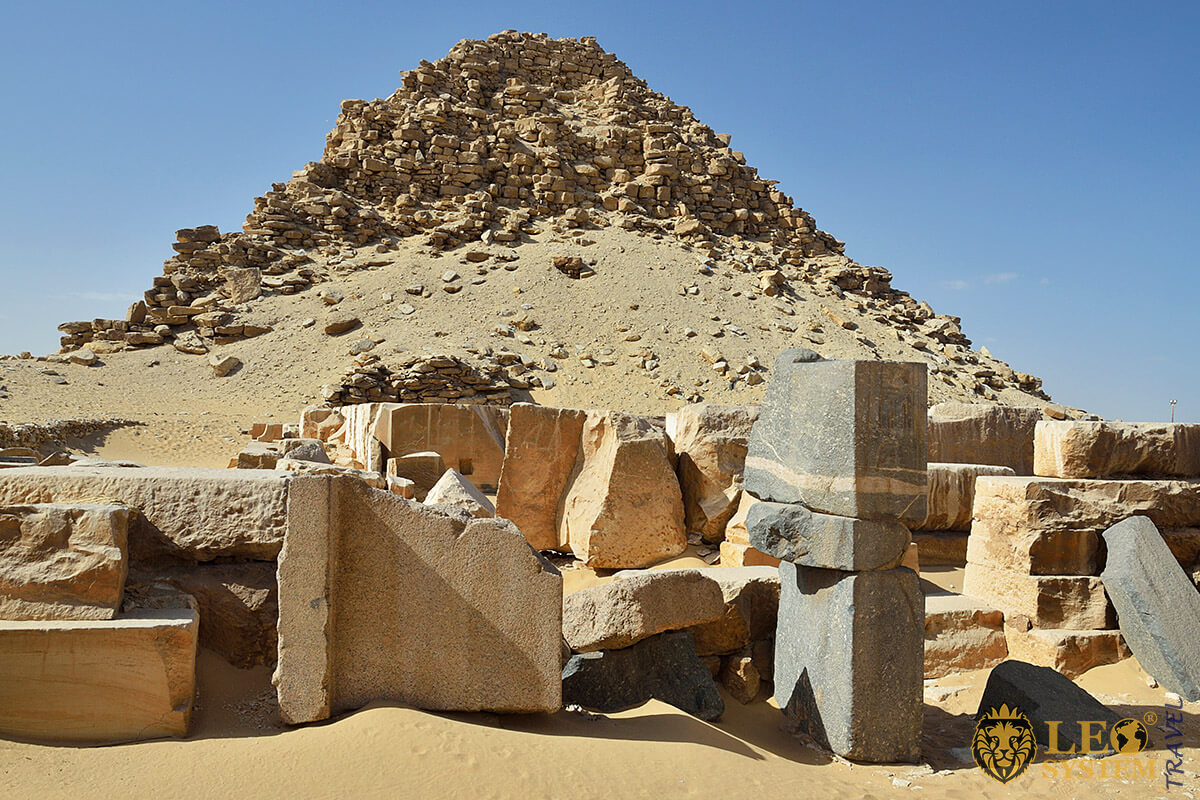 The Pyramid of Sahure was built for the fifth dynasty pharaoh Sahure at the end of the 26th century BC and beginning of the 25th century BC. The pyramid was constructed with roughly Hewn limestone blocks with mud mortar. This was encased in white Tura Limestone.

The construction method used only utilized quality materials on the outside, and the inside was built from an inferior stone. Between the inner and outer layers, they filled the space with what was little more than fine rubble.

This method was quicker and less resource-intensive but was not the most secure construction method making the structure a little unstable. In the Roman period, much damage was done to the structure of the temple to reclaim the better quality stone, leading to the rough ruins you see today. 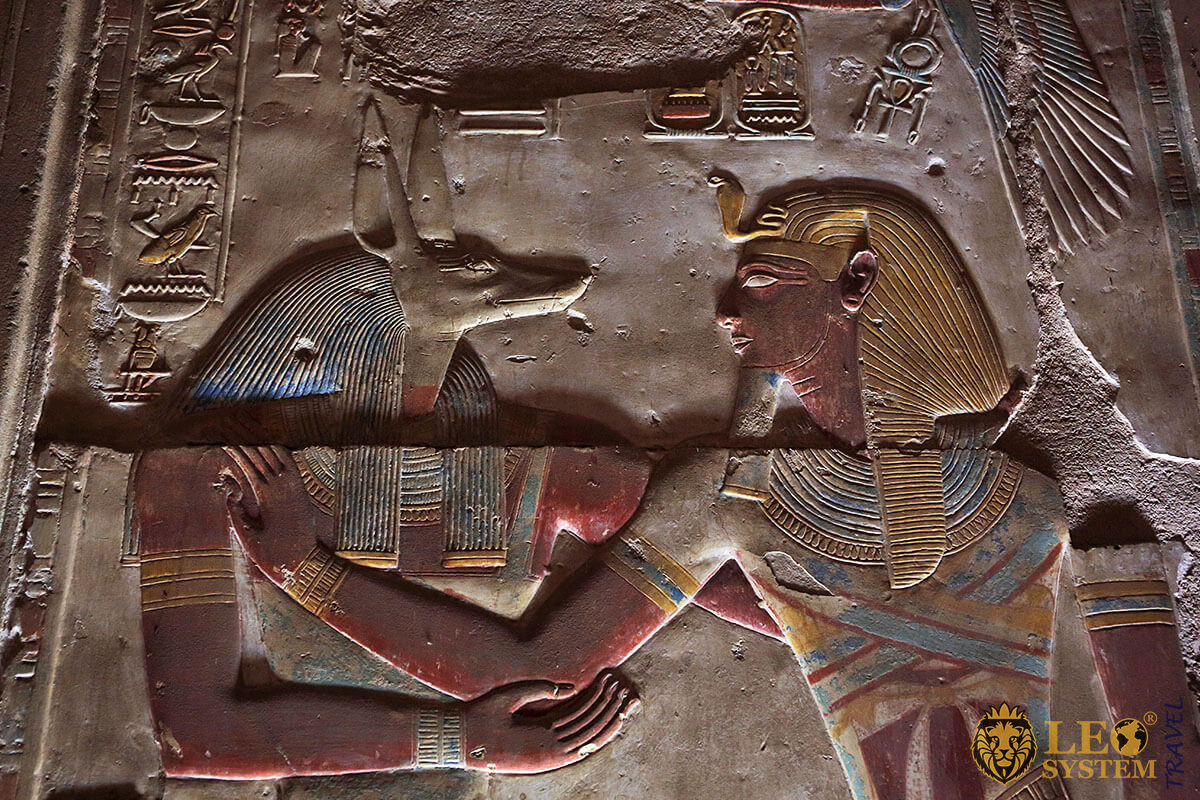 The Pyramid of Ahmose is unusual, in that it was not built as a tomb, but rather a Cenotaph that commemorated. It was the only royal pyramid that was ever constructed in this area. All that remains today is a pile of stones roughly 10 meters high.

The construction method was cheap and poor quality. They made a pile of sand and rubble and encased it in limestone to retain the shape of the pyramid.

There were no chambers in the pyramid. Once the outer stone was stolen, there was nothing to stop the pyramid crumbling away.

The Pyramids of Abu Sir. 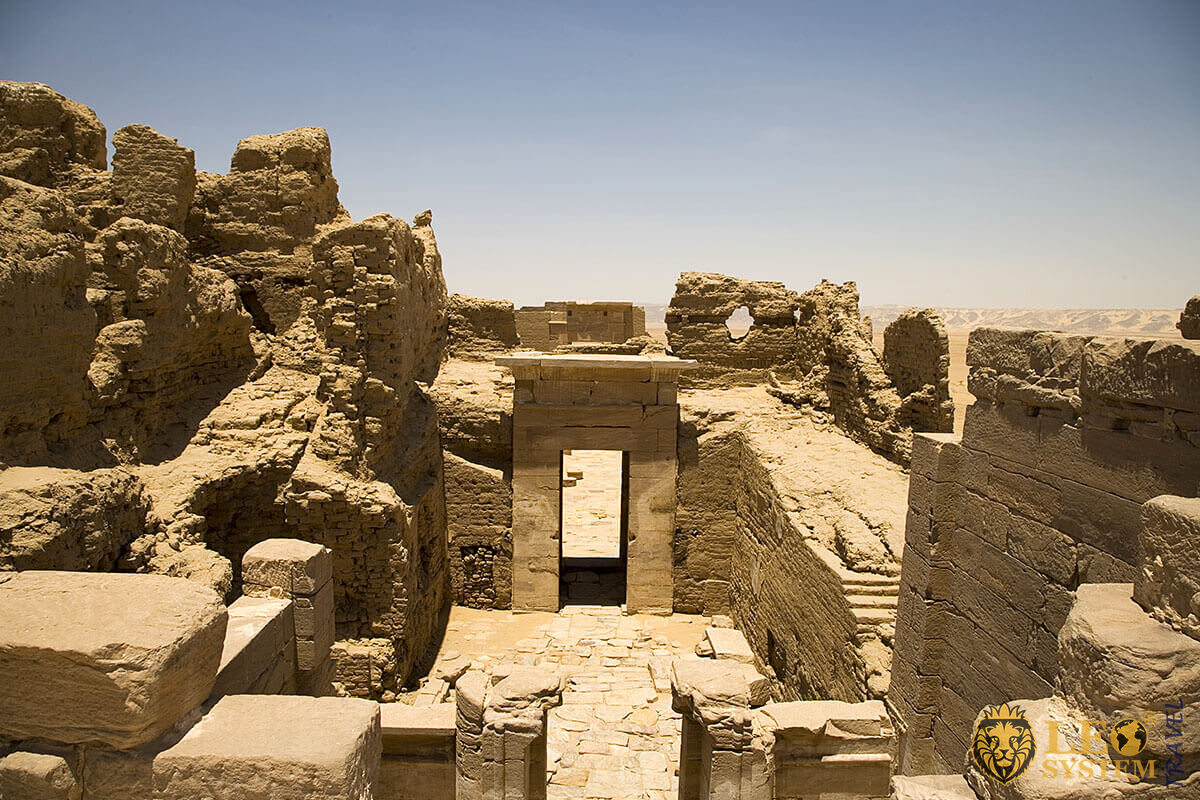 Three fifth century pyramids were built at Abu Sir (also spelled AbuSir). These pyramids were built much later than the more famous pyramids, and by the time these were made, the quality of construction was a mere shadow of how it had once been. Although more recent than many Egyptian pyramids, these are in a total state of disrepair.

It is thought that there were between 118 and 130 pyramids at various times in Egypt. Few people realize that neighboring Sudan/Nubia was home to many more pyramids (around 215). The Mesopotamians were the first people to build structures that could be called pyramids. Pyramids have featured in locations around the world as far away as Central America and China. 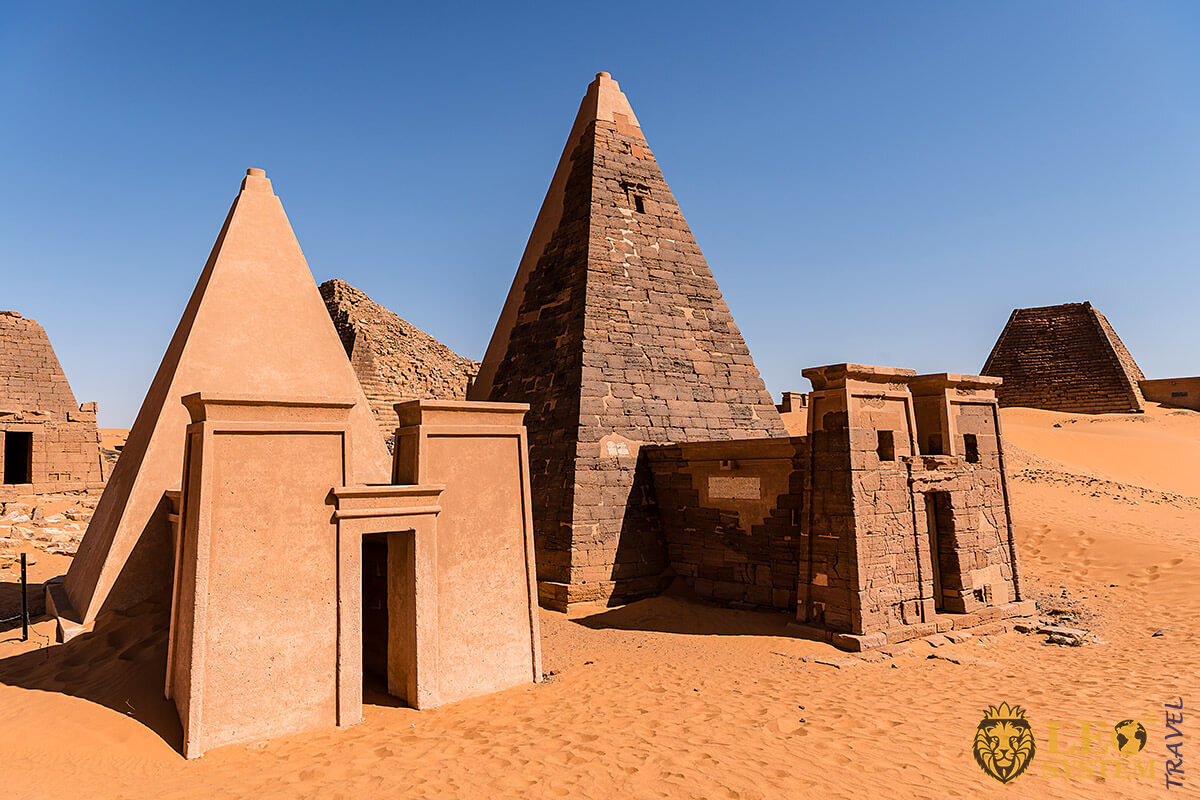 There used to be an ancient Kushite Kingdom in the part of the Nile valley known as Nubia.

At the time, these pyramids were built in Nubia. They were within present-day Egypt, but they are now located just over the border in Sudan. We wanted to include them to show a very different type of pyramid.

The pyramids we will look at are located near the modern town of Karima. These Nubian pyramids differ from Egyptian ones in that they are between 20 feet to 98 feet in height, but start from a much smaller footprint.

The angles are much steeper (about 70-degrees). Egyptian pyramids of the same height would have been built on a footprint some five times more massive. The pyramids contained mummified remains of the royal occupants.

Also read an interesting article: What Is Cairo, Egypt Famous For? 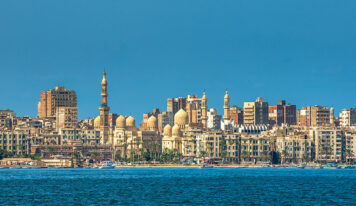 Travel to the City of Alexandria, Egypt 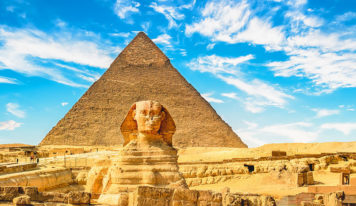 What Secrets do the Egyptian Pyramids Hide?