Home Cyprus Travel to the City of Larnaca, Cyprus 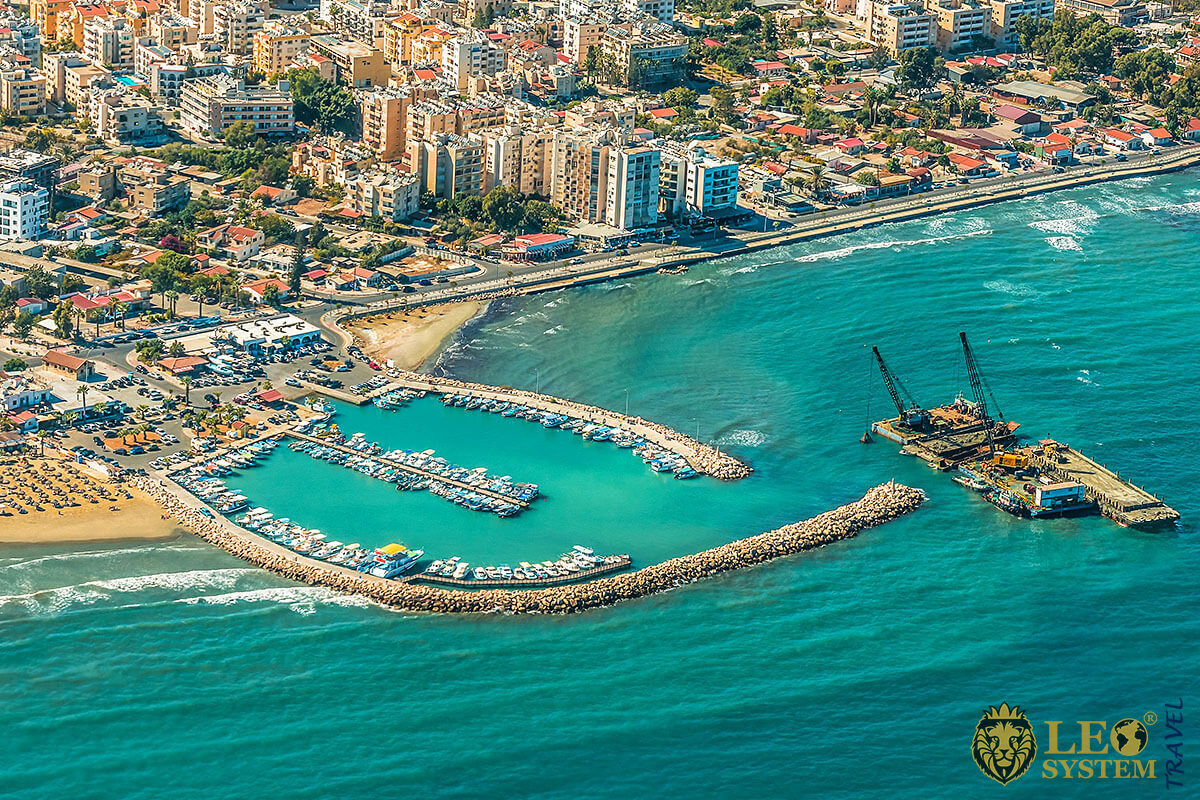 Larnaca is a city located on the southern side in the middle of the island nation of Cyprus and despite its population of tens of thousands of people which is a fairly small population for a European city, it is the third most populated city in the whole of Cyprus.

The city has a very rich and at times hectic history as it is located on an important location in the Mediterranean with all of the biggest powers during the different eras vying to control the city and its surrounding regions both for prestige and securing their rule.

In this article, we are going to be discussing travel to the city of Larnaca, Cyprus, and highlighting all the intriguing aspects of this city. 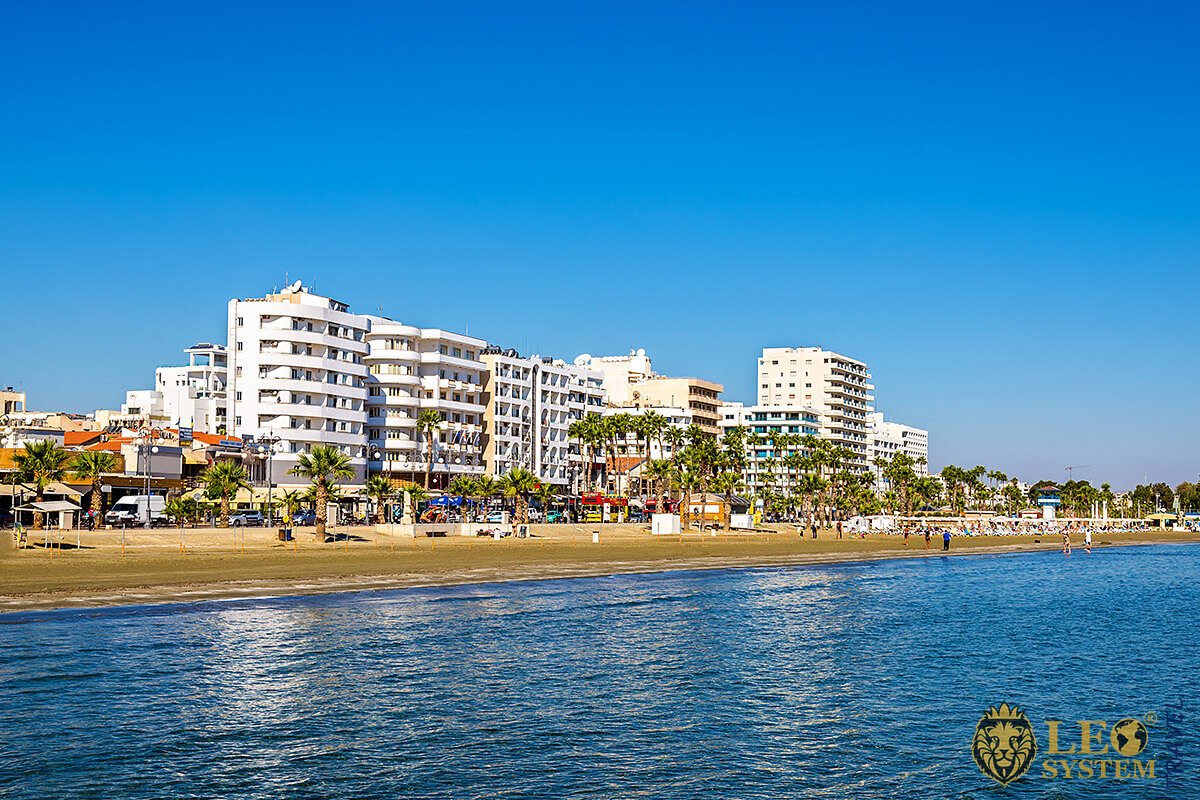 For many centuries, Larnaca has been a key trade post on the island which allowed traders primarily from the Middle East and also Africa to be able to easily offload their goods without wasting precious time and money going to the northern side of the island.

Today Larnaca remains a key destination for a large part of the visitors that travel to the coastal city, thanks to it being home to the main airport of the country and as well as a seaport that is used by commercial tankers, fishing boats, and yachts.

Without a doubt, the most famous figure from the city of Larnaca is Zeno of Citium who was a Greek philosopher who believed in goodness and the peace of mind of people which ended up becoming a very popular school of thought throughout the Greek world during the 2nd century B.C.

To this day, he is seen as one of the greatest and influential Ancient Greek philosophers and locals of Larnaca are very proud of their city being the birthplace of this famous figure. 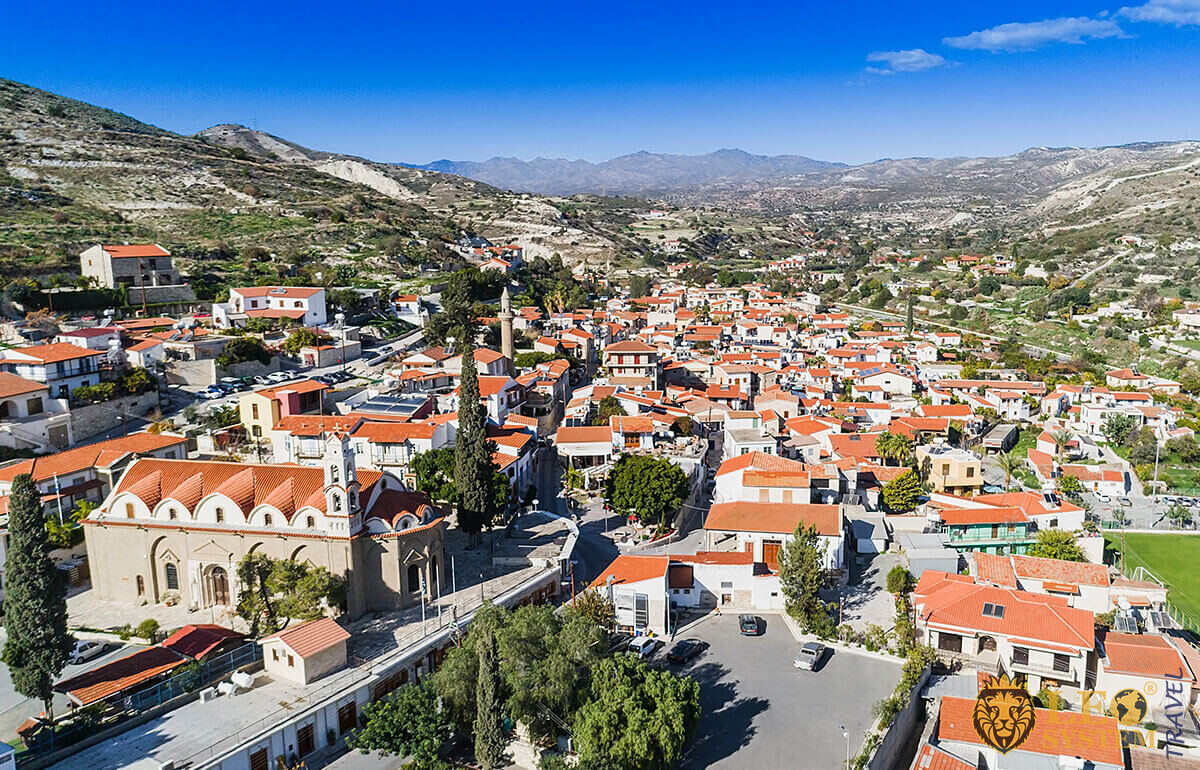 Other notable figures from Larnaca include poet Dimitris Lipertis who was one of the leading figures of the resurgence of the Greek language and Cypriot dialect in the island nation during the weakening and eventual fall of the Ottoman Empire. A recent famous face from the city is Loukas Yorkas who is a singer that became the winner of the X Factor Greece in 2009.

History of the City of Larnaca.

An ancient city was located in what is now Larnaca, which was called Kition but also known as Citium in Latin. Historians widely believe that Kition was first created during the 13th century B.C. before the city was eventually abandoned in 342 A.D. due to multiple earthquakes.

What is now the city of Larnaca was created by refugees of from Kition who moved a bit further south in the hope that this area will be less earthquake-prone. 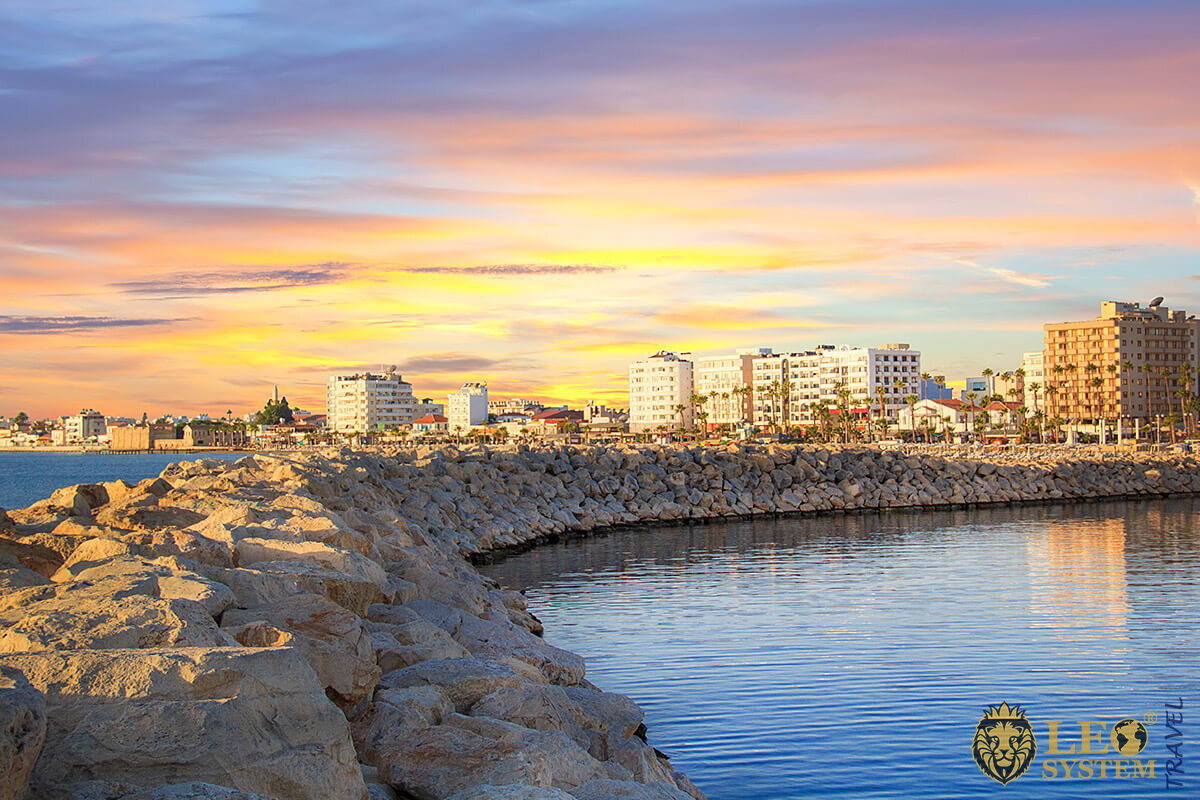 Throughout its long history, Larnaca has been taken over by many different nations and empires such as various Greek city-states, the Roman Empire, the Mamluks, the Ottoman Empire, and later on the British Empire which still owns overseas territories near the city.

Therefore, that city has a lot of cultural links to other countries and is a destination for expatriates from the United Kingdom, Greece, and Turkey that are looking to resettle into the city and live out their retirement in the sunny climate of the city.

The Rich Culture of Larnaca.

If you decide to travel to the city of Larnaca, Cyprus then you need to make sure to take advantage of this and fully experience the unique culture of this ancient city.

Larnaca has one of the richest cultures in Europe that has been carefully forged over long periods of time during literally over three thousand years of history that is most heavily influenced by the Greek culture and language, but there are heavy influences and marks in the city from its past of being part of other nations that have also contributed their unique cultures. 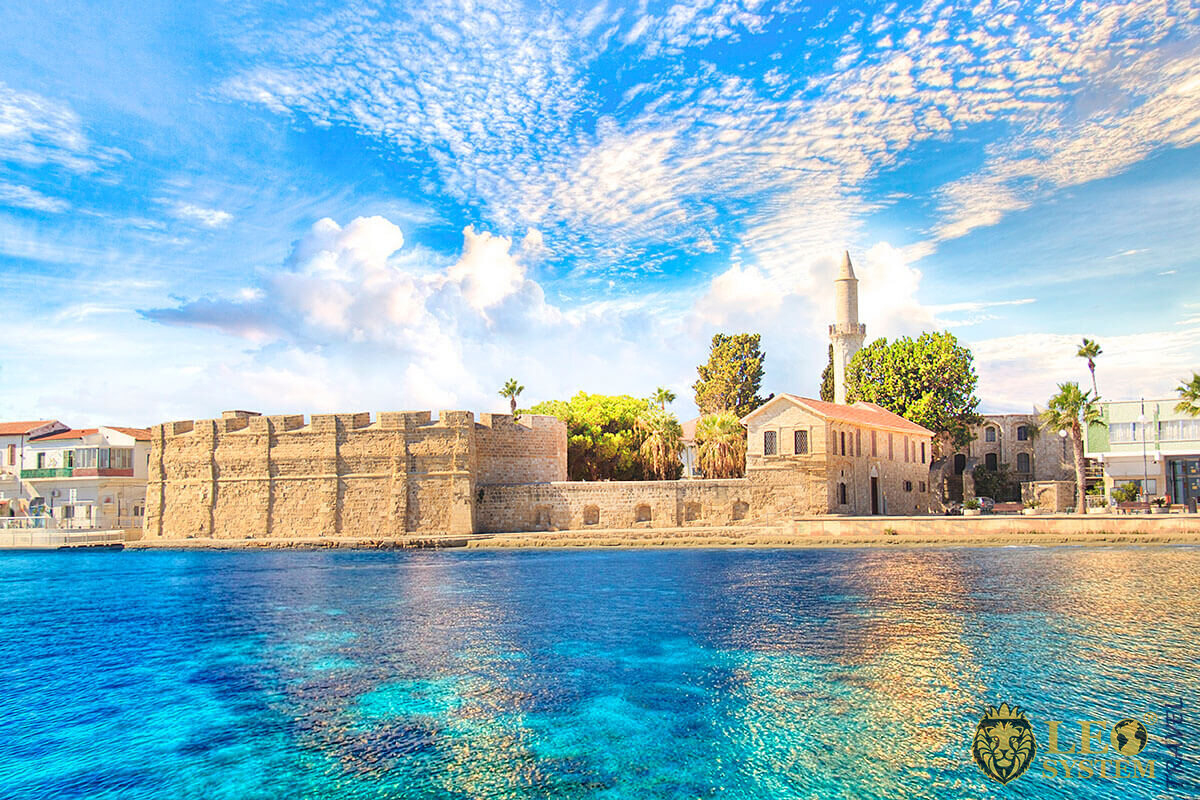 For a city with a population of just over 70,000, Larnaca is full of museums with the biggest and most popular ones being the Larnaca District Archaeological Museum which features many ancient artifacts and findings from the ancient city of Kition which was the predecessor to what is now Larnaca.

Other popular options include Pierides Museum which is the oldest private museum in the whole of Cyprus and also the Kyriazis Medical Museum which will take you on an intricate journey of the medical history of the city of Larnaca.

Like the culture and local dialects that are native to Larnaca, a lot of the local Larnacan cuisine is influenced from other cultures, for example, you have the continental pizzas which are a type of pizza originating from Turkey which is made using the usual tasty condiments that go on a pizza such as local Cypriot cheese, meat, and vegetables.

Additionally, due to the fact that Larnaca is a coastal city, seafood pizza is very popular with some popular options being shrimps, muscles, and nicely cut fillets of fish local to the region such as tuna and sturgeons. 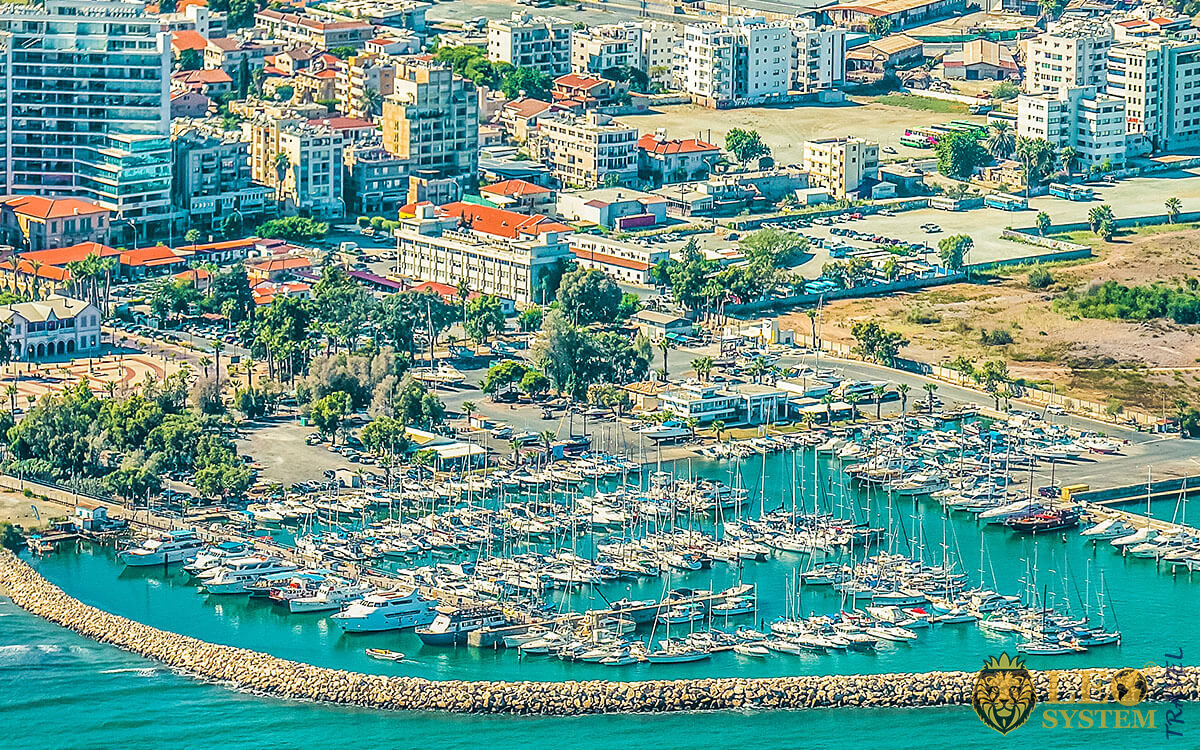 Apart from pizza, popular foods from Larnaca are kebabs made from all sorts of meats including chicken, lamb, beef, goat, and even fish that are each marinated in their own unique traditional seasoning and spices. If you are going to be visiting the city of Larnaca, then it is highly recommended to try the locally made halloumi cheese.

Popular Landmarks to Visit in Larnaca.

One of the most popular tourist locations in Larnaca is the Kamares Aqueduct which was built in 1947 and for multiple centuries was the main source of water in Larnaca. Today it is no longer used; however, it is an immensely popular tourist destination thanks to its massive size that fascinating to the thousands of tourists that visit it every year. 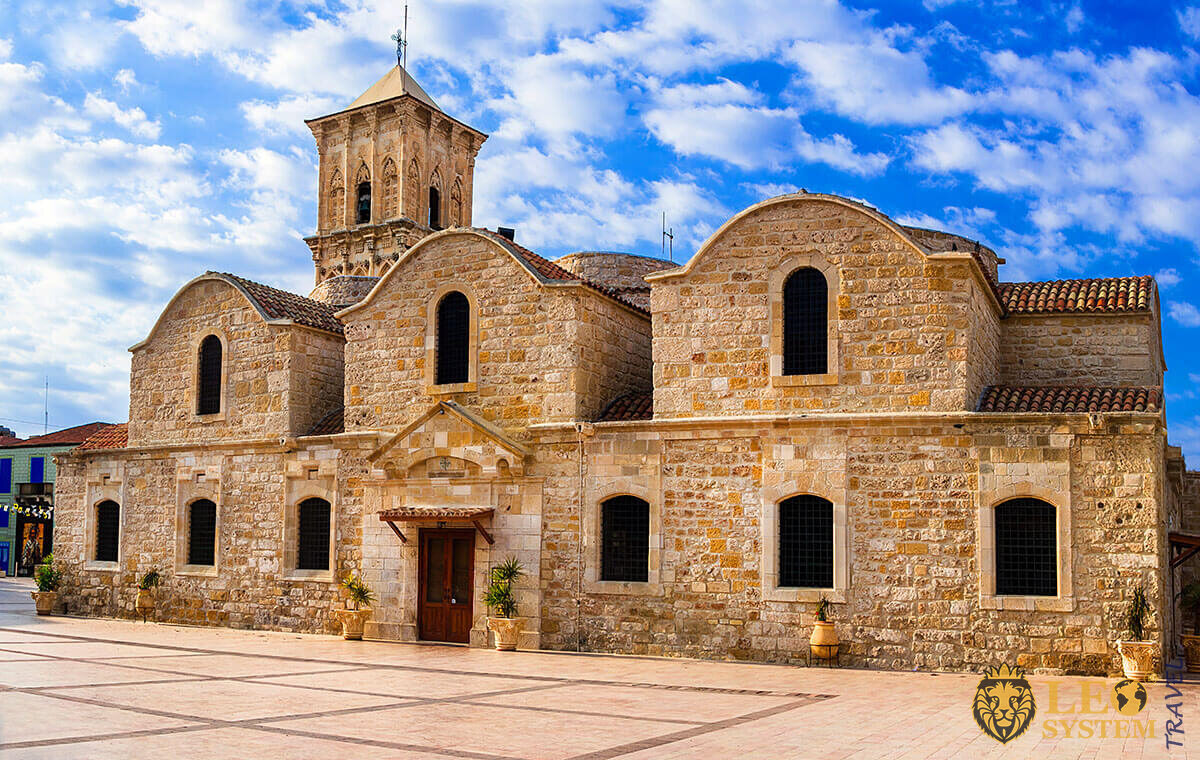 Another popular landmark in the coastal city of Larnaca is the Church of Saint Lazarus which is a 9th-century church named after Saint Lazarus who is an early and prominent Eastern Orthodox saint who holds a lot of importance as being one of the first Orthodox saints during the split of the Catholic Church between West and East.

The Larnaca Marina is another destination worth checking it out, it is one of the biggest seaports in Cyprus that is home to thousands of boats that you can view for free by simply going on a long walk on the pier.

A further point we just had to highlight in our travel to the city of Larnaca, Cyprus article is the surrounding geography of this beautiful city.

Due to it being a coastal city one part of the geography of this city is made up of rocky cliffs and also expansive sandy beaches that are home to the typical wildlife such as crabs, insects, muscles, and lizards. 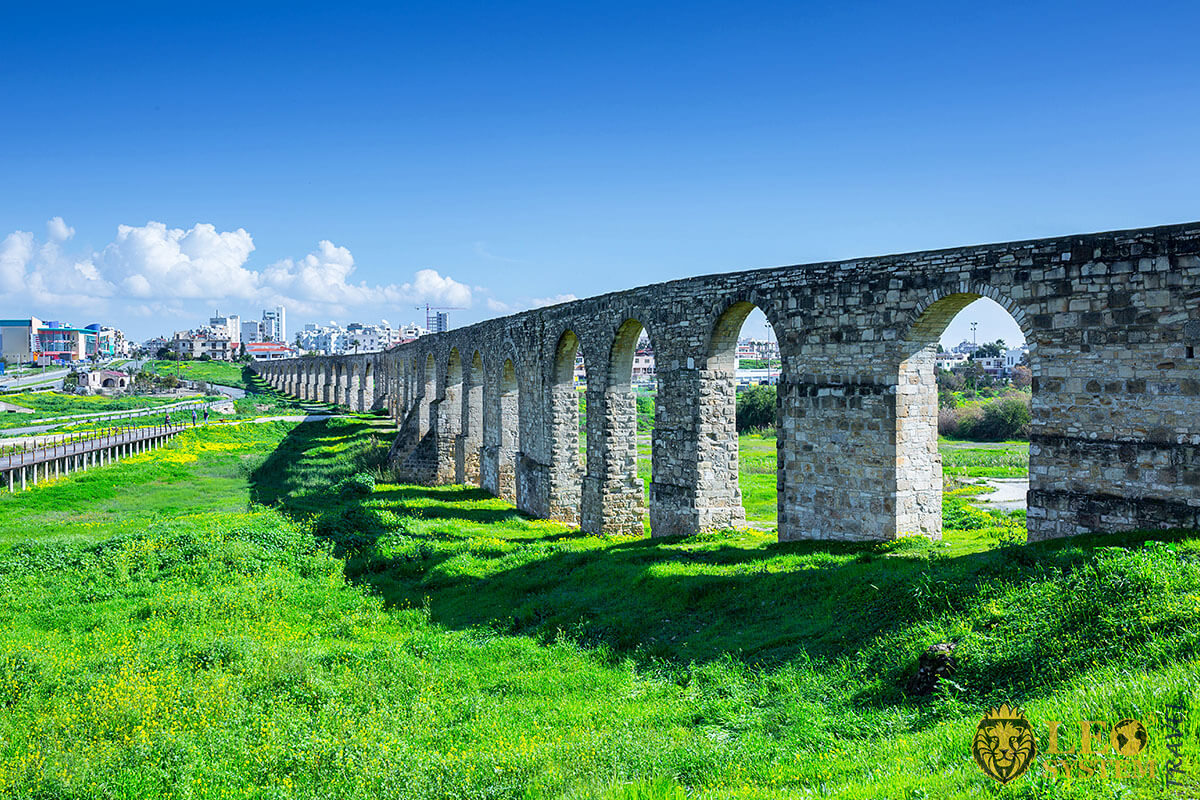 On the other hand, in-land the geography is notable flat, green with a few low-level hills which makes it a perfect location to go on walks without tiring out or worrying about getting lost.

If you want to experience the wildlife that Larnaca has to offer then your best bet is to visit the MS Zenobia Wreck which is a wreck that occurred of a military ship in 1979 that is now home to hundreds of species of fish with weekly organized scuba diving tours available for the wreck. 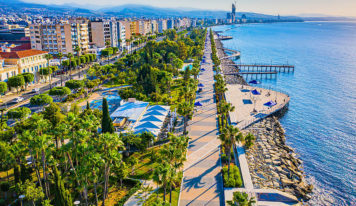 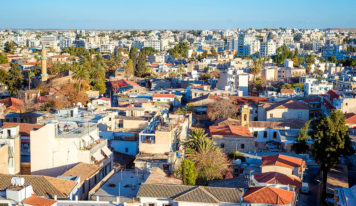